Whatever is happening there, let’s agree on the fact that Twitter can be a dirty and chaotic place somehow. Feuds are everywhere in that bird app. This applies to everyone, including Trevor Noah and Ted Cruz. Just yesterday, a Twitter feud between the two sparked up internet users and made it trending enough to make various headlines. A lot of people have been asking, what actually could happen when is a sheer politician having a debate with an acclaimed TV presenter?

The clashing Twitter feud between GOP senator of Texas Ted Cruz and The Daily Show host and famous comedian Trevor Noah heated up on Wednesday. The initial issue between the two was sparked by the comedian’s commentary about another political scandal that is currently going on in the United States. And that is about the region of New York losing one of its congressional districts right after the 2020 census. Since then, there is a lot of spectacles and unexpected dialogues (in tweets form) that are thrown all over each other’s account on the Twitter account, and people can’t help but having a proper sight.

On the day before the clash,  Noah expressed his grief verbally by saying that New York was 89 individuals shy of retaining all of its 27 House seats. This is ironic due to the fact that the census results revealed that Texas would gain two House seats.

“This is unbelievable,” Noah said in a video. “You’re telling me that if just 89 more New Yorkers had filled out their census, the state wouldn’t have lost a House seat?”

In the video, he also said: “Aside from New York getting screwed, the big news out of the census is that America’s population grew at the slowest rate since the 1930s.”

In the particularly rueful video, Noah quickly going around mocking Ted Cruz. He mentioned some of his failings and public fraud.

“Basically, immigration is down, and the birth rate is falling, primarily due to this photo,” he said, revealing an image of Cruz wearing a baseball hat.

He also added in the same statement that he doesn’t know exactly what that says, but he does know that the 1930s sucked for America. The heat then erupted as he, later on, spoke around the great shenanigans about the country. He mentioned The Great Depression, the Dust Bowl, and black-and-white photos.

Ted Cruz was not getting it. He responded on Wednesday in criticism of the Democratic states and praising states with low tax agreements.

“Trevor Noah whines that people are fleeing high-tax blue states & moving in droves to low-tax states like Texas, where the jobs are,” he wrote in an aggressive tweet. “Doesn’t understand why people like freedom. Also predicts the Biden years will be the Great Depression.” he finished.

Trevor Noah is not okay with Ted Cruz’s statement

Noah then went bask to his Twitter account with another blast. He bravely replied to Ted Cruz and referencing the senator’s trip to a Mexican coast during a severe winter storm in Texas. The unusual winter storm made worldwide news at the time.

“Not sure I’d be using the words ‘fleeing’ and ‘Texas’ in the same sentence, Senator Cancun,” he wrote.

Cruz hits back at Noah with pretty much decent rage, delivering a knock at the comedian’s hit talk show. He wrote that he would wear your scorn with pride”. “I remember when The Daily Show was funny.”

Noah answered this aggressivity back by bringing up bak a distasteful incident from the past. It was the US GOP presidential primaries back in 2016. That was when Donald Trump was present as one of the candidates. He then was going onrush at the flash appearance of the wife of Ted Cruz named Heidi. “And with that, Ted Cruz had officially fought back harder against a tweet from a late-night show than he ever did when Trump called his wife ugly.”

Previously, Trevor Noah also found himself shading Cruz in a different appointment. In another incident, he mocked Cruz for his Mexican trip in the middle of a pandemic. He threw a deliberate shade at the reigning Texas senator for saying he decided to go to Mexico with his family just “to be a good dad.”

“Ted Cruz blaming his daughters for this is just gross,” Trevor Noah wrote on his Twitter account. “Being a good father means putting them on a bus, not throwing them under one.” he continued.

Trevor Noah and The Daily Show 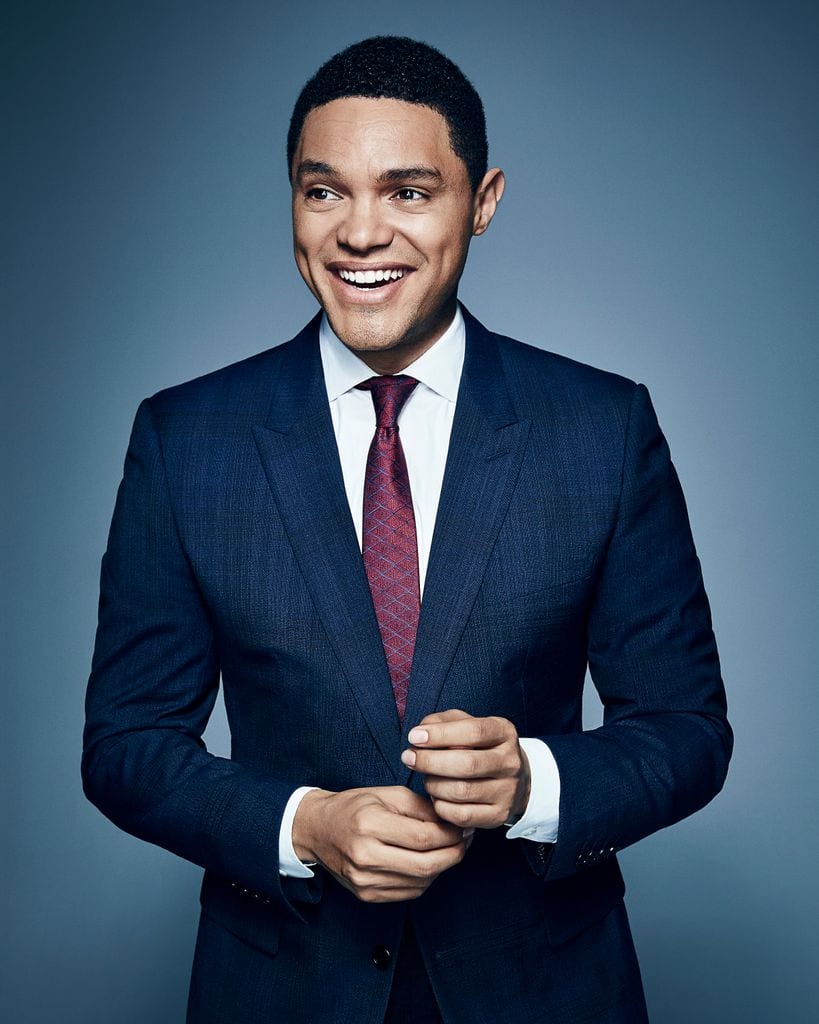 Trevor Noah (born in Johannesburg, South Africa, February 20, 1984; age 37 years) is a South African comedian, writer, producer, political commentator, actor, and television host. He is known as the host of The Daily Show, a satirical news program that airs on the Comedy Central TV channel.

Born in Johannesburg, Noah started his career as a comedian, host, and actor in South Africa in 2002. He hosts several shows for the South African Broadcasting Corporation (SABC). He won second place in Strictly Come Dancing season 4 in 2008.

IN two consecutive years of 2010 to 2011, Noah became the creator and host of Tonight with Trevor Noah. It was broadcasted on M-Net and DStv. His solo comedy career was an international success, having seen him invited to several late-night talk titles in the United States and several panel shows in the UK.