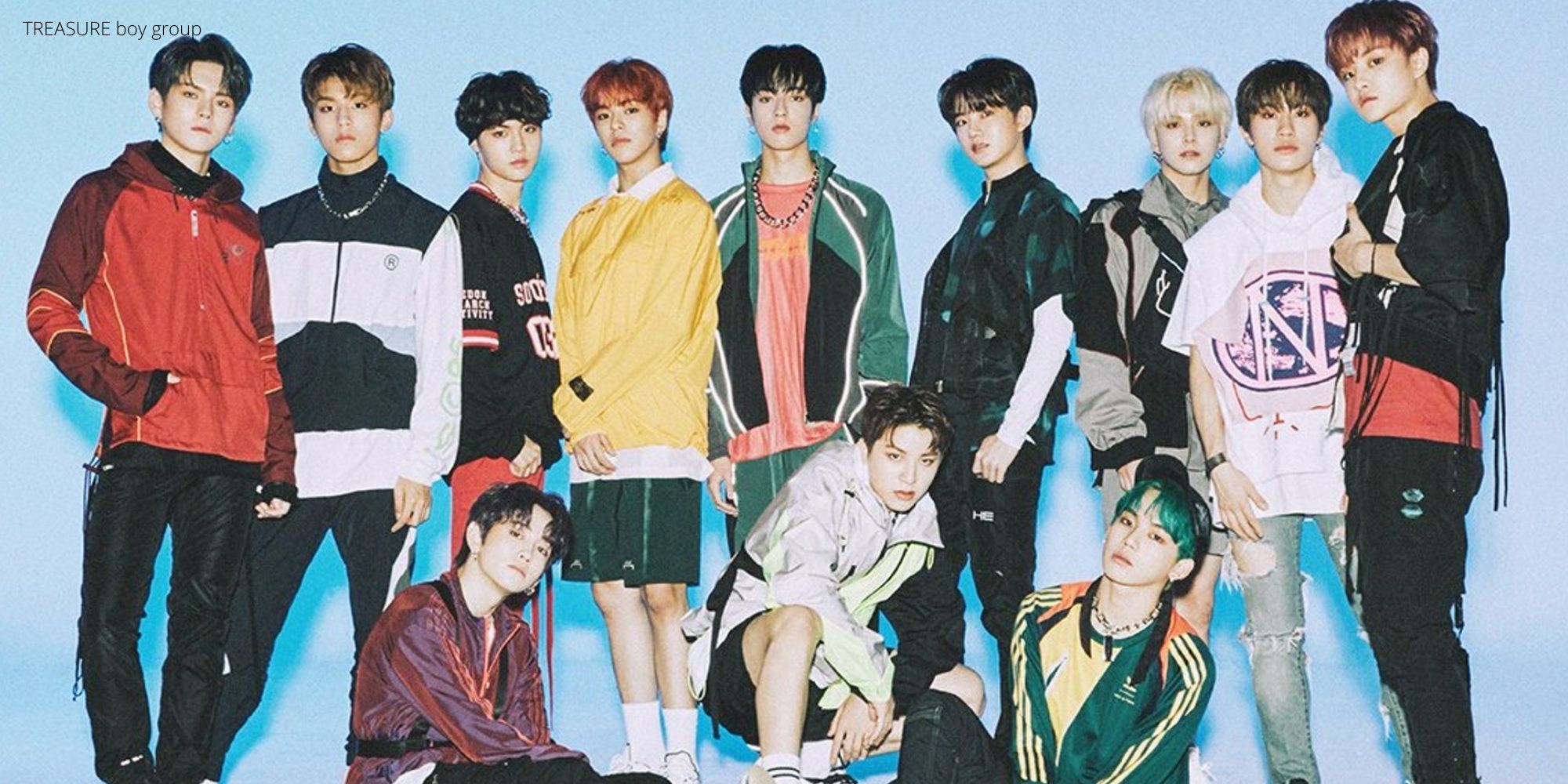 The K-pop industry has been receiving many new talents every year. Recently, a new boy group has come to light for their amazing performance and music. The ‘TREASURE’ is a South Korean boy band formed in 2020 by YG Entertainment. It is a twelve-member band, and each member was chosen through the survival show YG Entertainment box. The show aired in 2018. Some of the members of the group have been active in the music industry since childhood. However, every member set their foot in the industry at a different time. Moreover, every ‘TREASURE’ member profile will give you a better insight into the artist’s career.

Junkyu, Ye-dam, and Jung-hwan were the first ones to be involved in commercial recording and acting. Originally, ‘TREASURE’ was a thirteen-member band and was called ‘TREASURE 13’. However, after the departure of Yoon-bin from the group, a major decision was taken by the label. The YG Entertainment merged the two boy groups and named them ‘TREASURE’. They became the first-ever boy group to be formed by the label in 2015. Finally, the boy group was reintroduced in 2020 to the fans as an official K-pop group that will target the international market.

The K-pop artist Choi Hyunsuk is the leader, main rapper, and dancer of the ‘TREASURE’ boy group. Also, his English name is Daniel Choi. He was born on 21st April 1999 in Daegu, South Korea. He has been active in the music industry since 2018 and is signed under the YG Entertainment label. Other than being a K-pop idol, Choi Hyunsuk has also appeared in many television shows and web series. In 2017, he was part of the reality show ‘Mix Nine,’ which was produced by JTBC. Finally, he participated in the ‘YG Treasure Box’ survival show in 2018. This is the reason we are seeing him among the ‘TREASURE’ members profile. 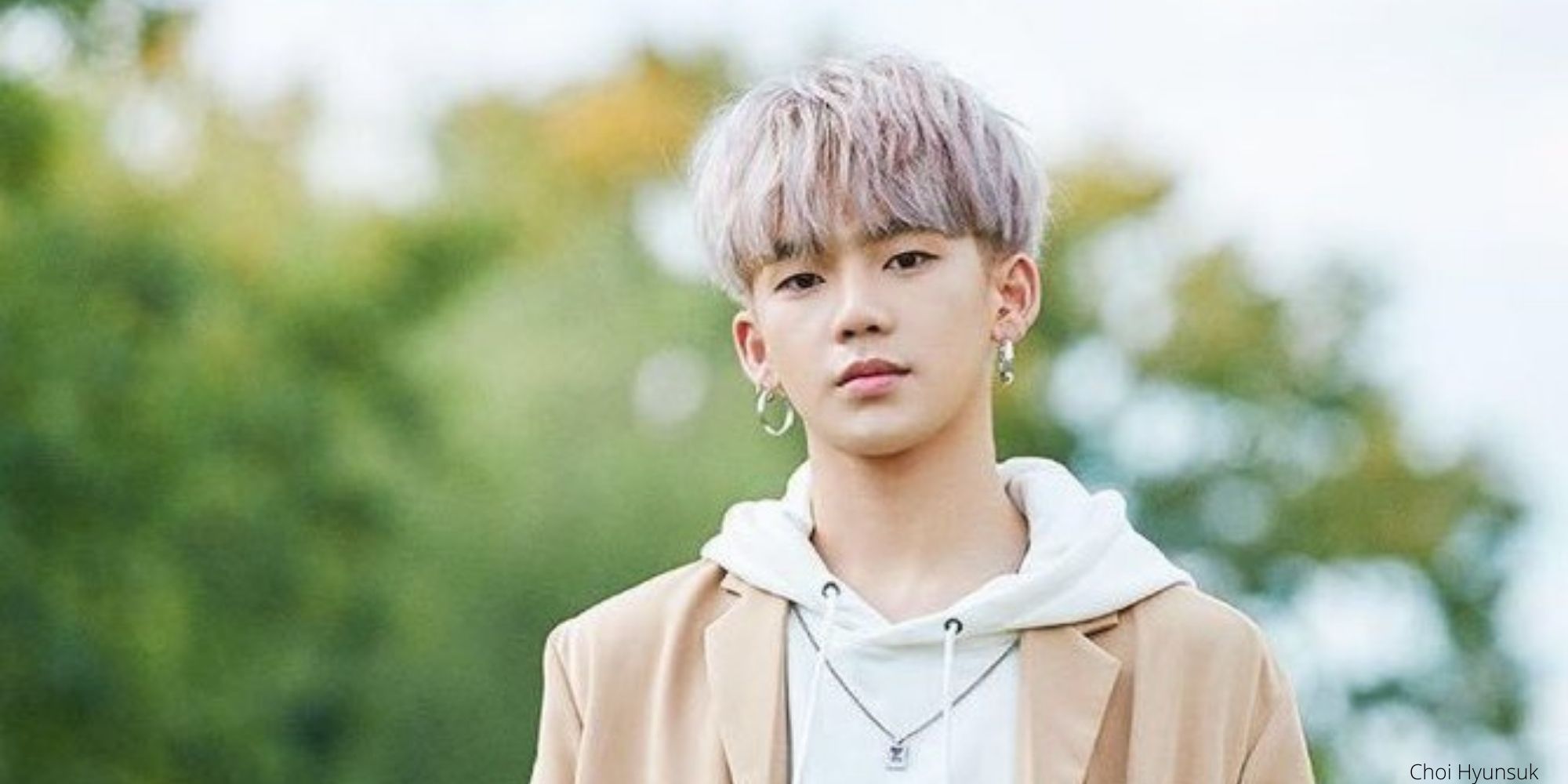 Jihoon is the co-leader, dancer, and lead vocalist of the ‘TREASURE’ boy group. His ‘TREASURE’ members profile reads that he was born on 14th March 2000. Also, his birthplace is Busan, South Korea. Before joining the boy group, Jihoon trained for four months in 2020. Moreover, the idol has an older brother who he has good relations with. Furthermore, he studied at the Natraja Academy and was voted the most promising entertainment star. 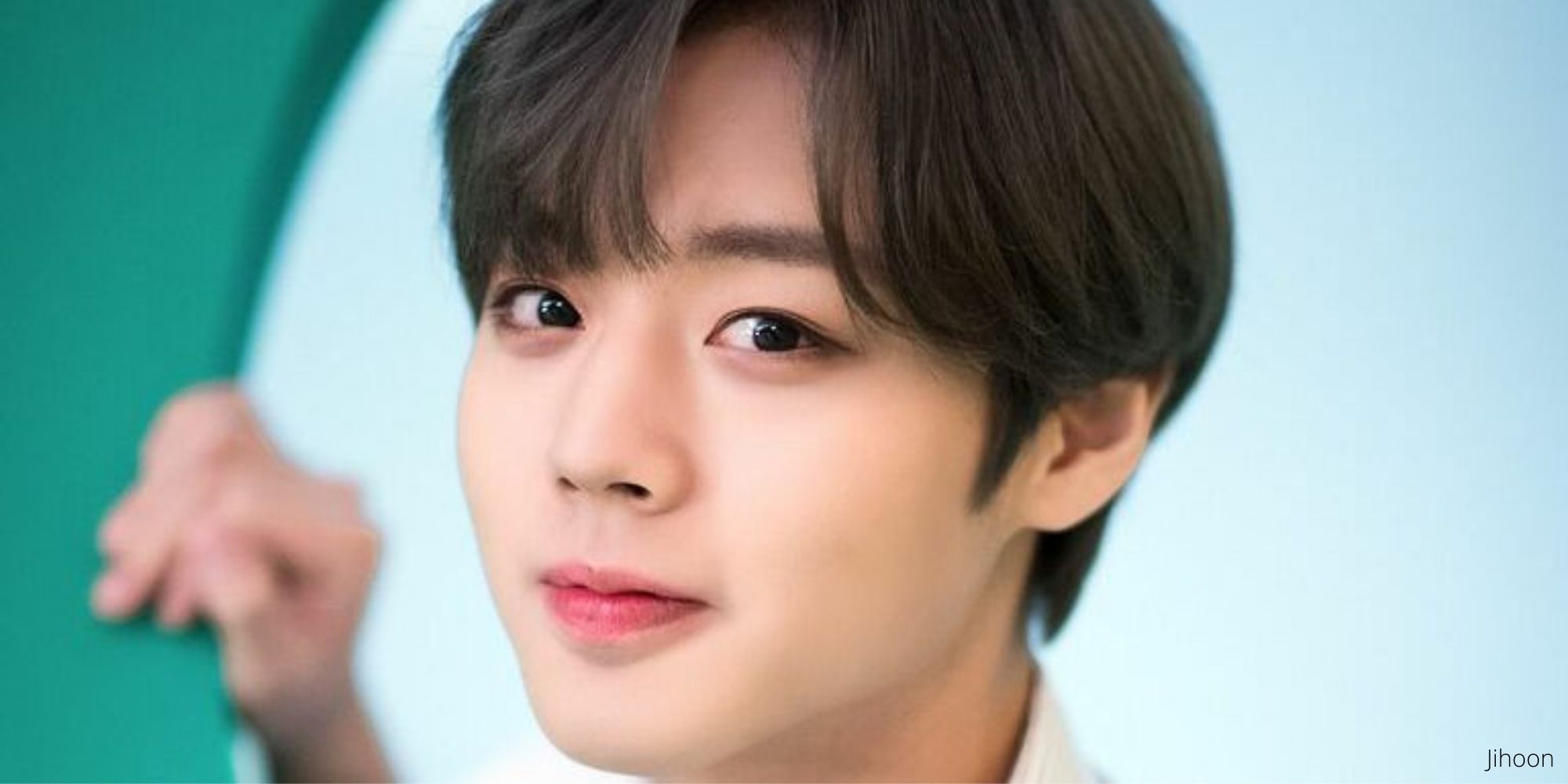 Born on 15th May 2000, Yoshi is the dancer and rapper of the ‘TREASURE’ boy group. His Korean name is Kim Bangjeon, whereas his English name is Jaden. Unlike the leader of the group, Yoshi’s nationality is Japanese. So, it is not surprising to know that his birth name is Kanemoto Yoshinori. The otakus, who are also K-pop fans, will be surprised to know that Yoshi’s hobbies include graffiti, skateboarding, and watching anime. 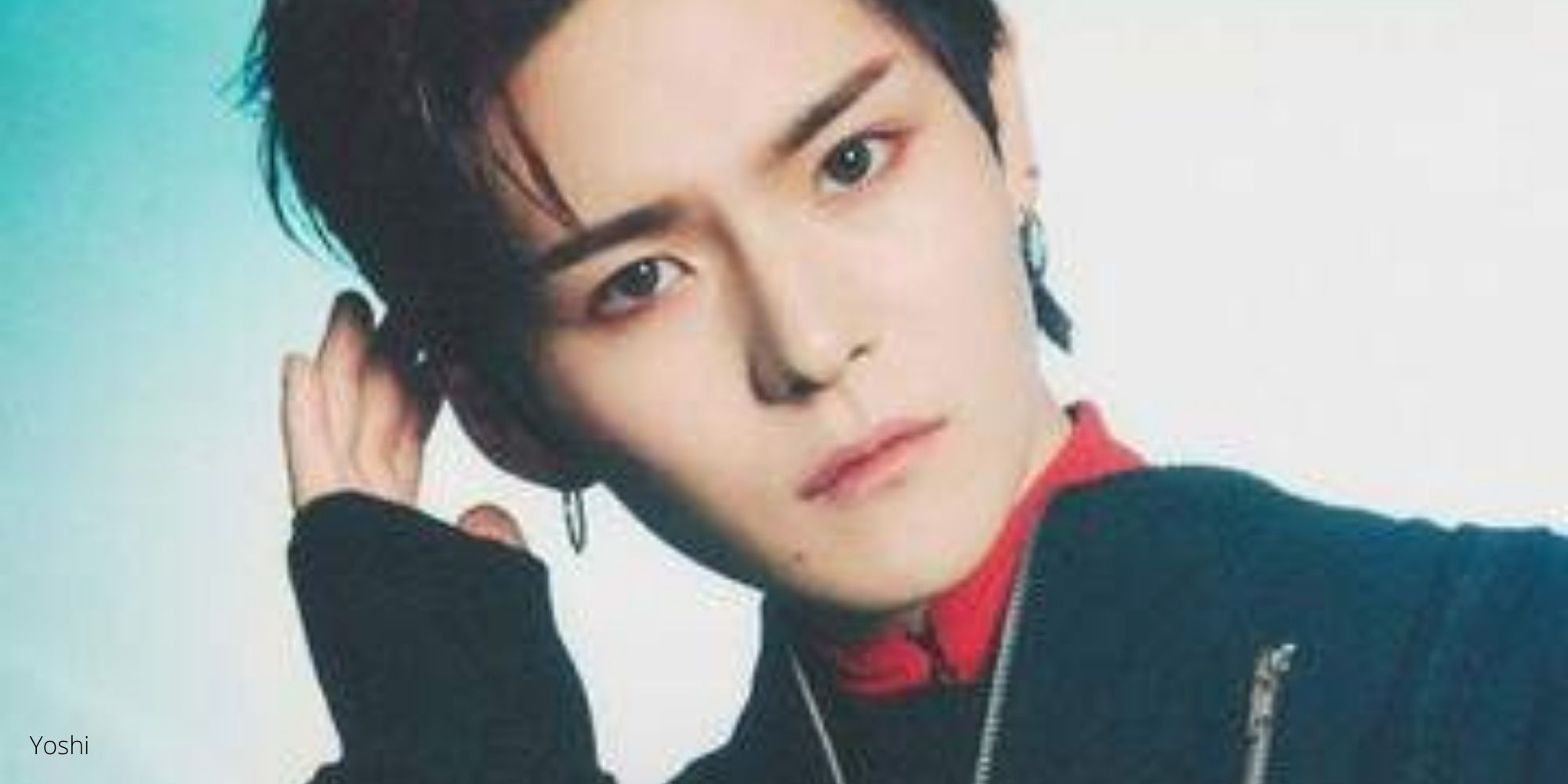 One of the additional talents of the rapper is that he can beatbox. He has a bright and talkative personality. Also, he likes to compose and write songs.

The fourth member of the ‘TREASURE’ boy band is Junkyu. His ‘TREASURE’ members profile is the most interesting as he has a unique personality. The K-pop idol Junkyu was born on 9th September 2000. Also, he used to live in North Chungcheong province with his parents when he was a child. 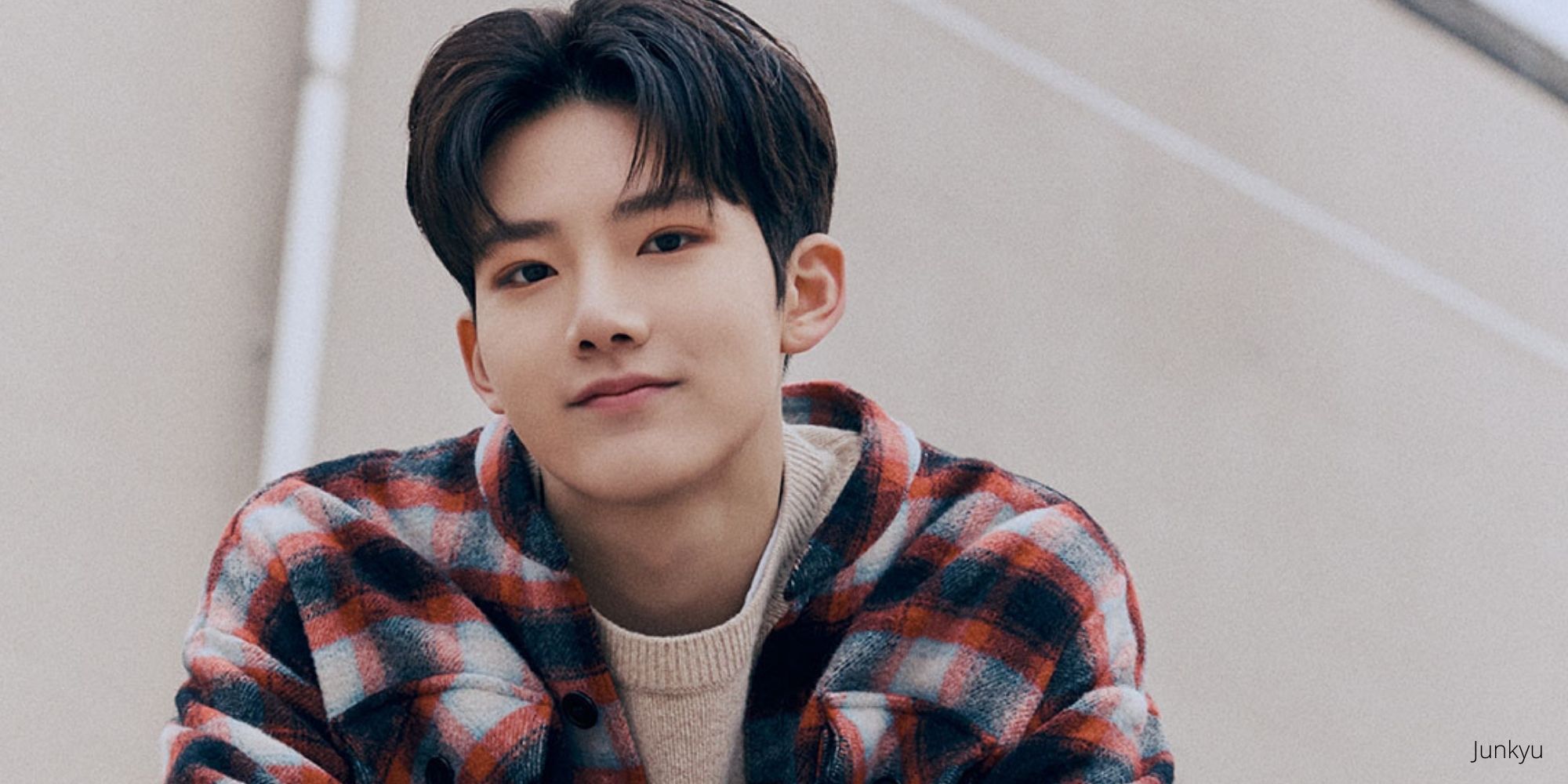 He is one of the most hard-working members of the group and has been given the nickname Koala. Moreover, his fans gave him this name because they think that he looks like a Koala when he smiles. He uses Junkyu as his stage name, and his real name is Kim Jun Kyu.

The K-pop idol Mashiho has a Japanese Nationality, and his birth name is Takata Mashiho. He was born on 25th March 2001 and got into the entertainment field very early. Similar to Junkyu, Mashiho also trained for seven years. Moreover, the idol is very modest and has the position of the main dancer and visual of the group. 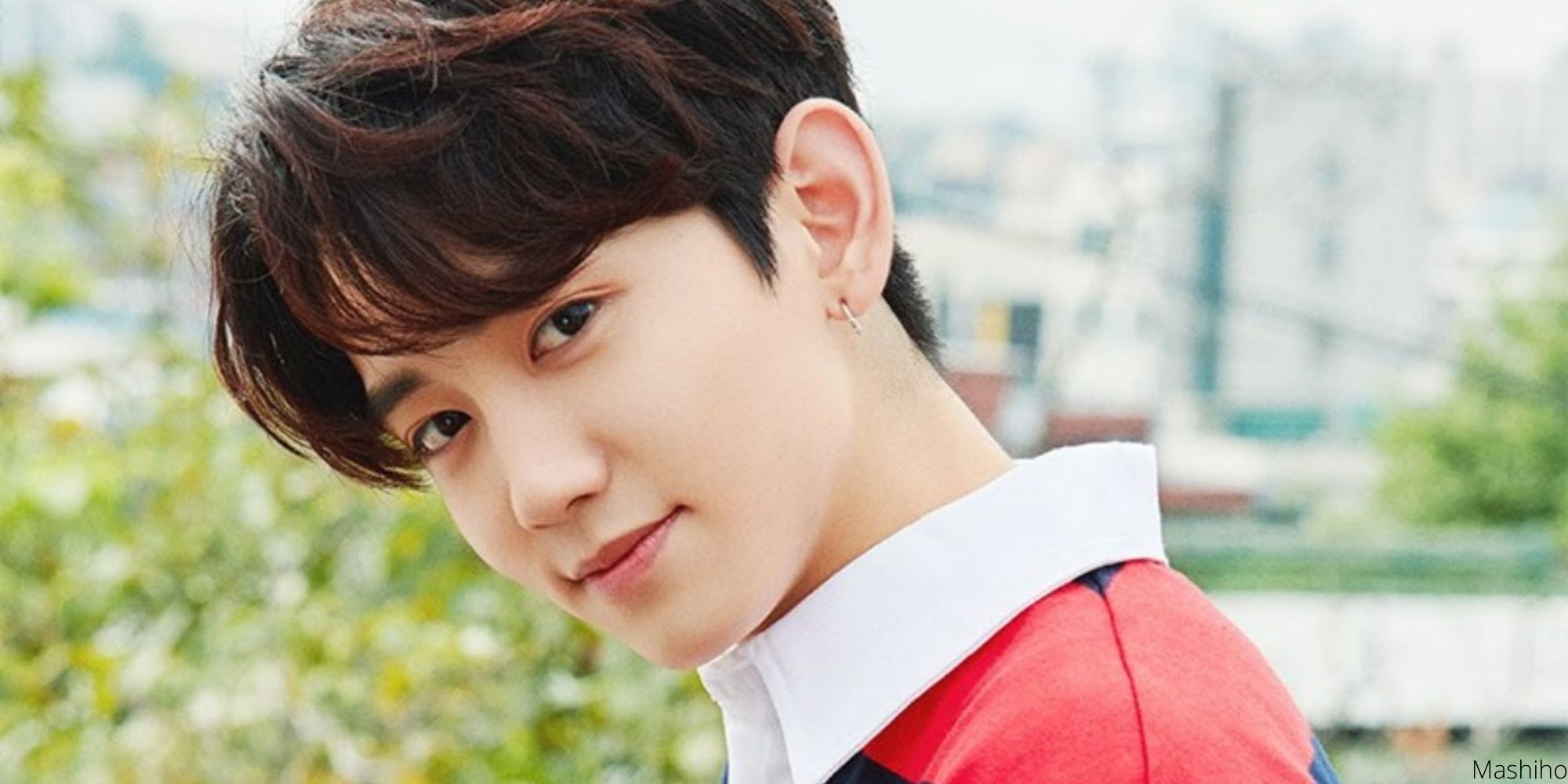 Other than being a K-pop idol, Mashiho has also acted in the short film by AKMU. He played the role of a waiter. Furthermore, his fans might like to know that Mashiho is a dog lover. His dog’s name is Kotetsu.

He is the only ‘TREASURE’ member who uses his birth name as his stage name. He was born on 23rd July 2001 in Yongin, South Korea. Also, he is the rapper and vocalist of the group. He is very playful and mischievous and has confirmed that his favorite color is black. 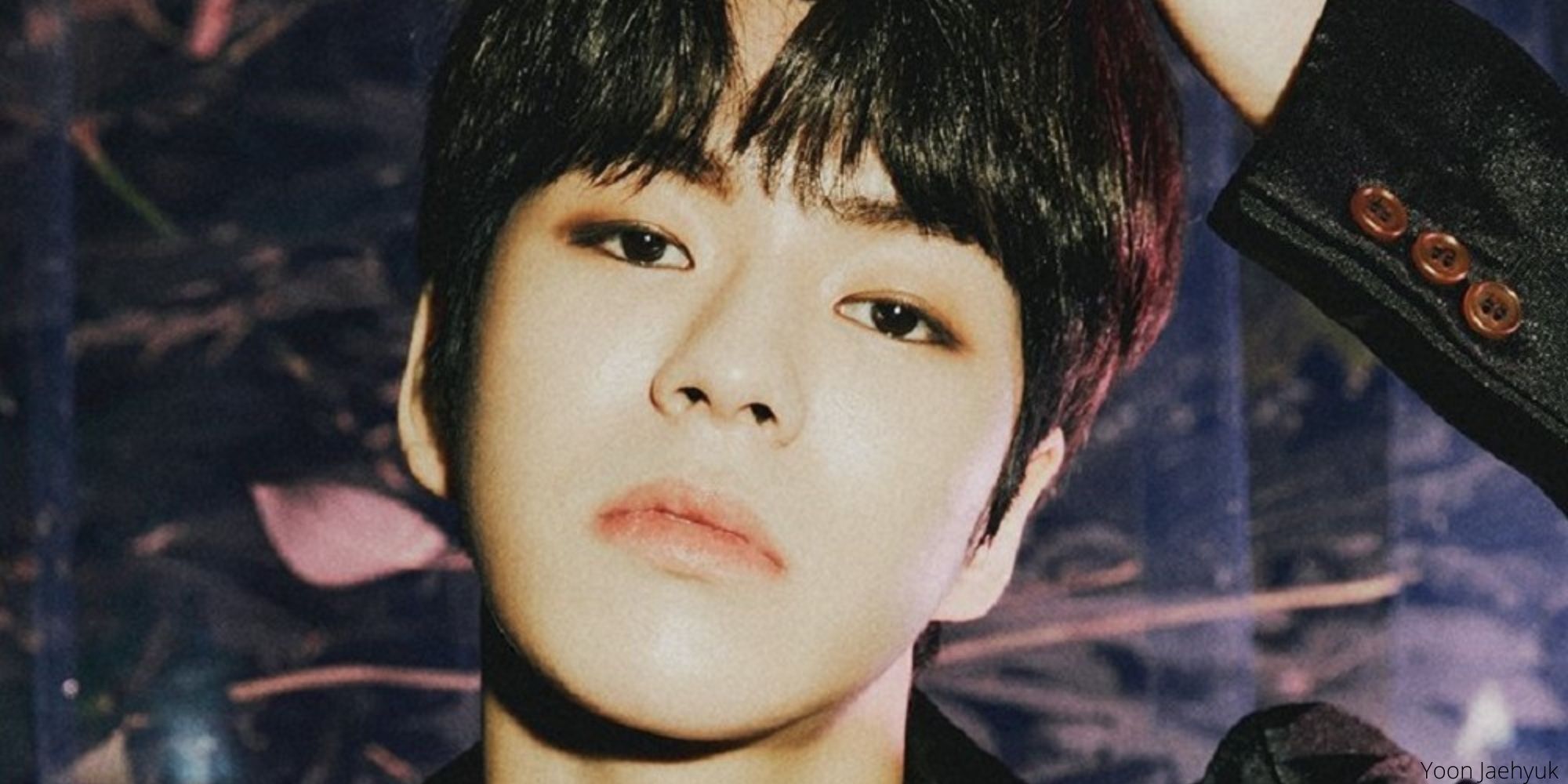 Just like all the other ‘TREASURE’ members, Jaehyuk also has an English name, Kevin. He signed under the YG label. Moreover, he trained for three years before entering the YG competition. This was the start of his journey of joining the ‘TREASURE’ boy band. Furthermore, he decided to become a singer because he wanted to show everyone his dancing and singing skills.

Asahi is the vocalist and visual of the ‘TREASURE’ boy group. He trained for three years before officially making a debut. Moreover, he has always been into music. He taught himself about songwriting and music composition. Furthermore, this idol is somewhat a sports lover as well. 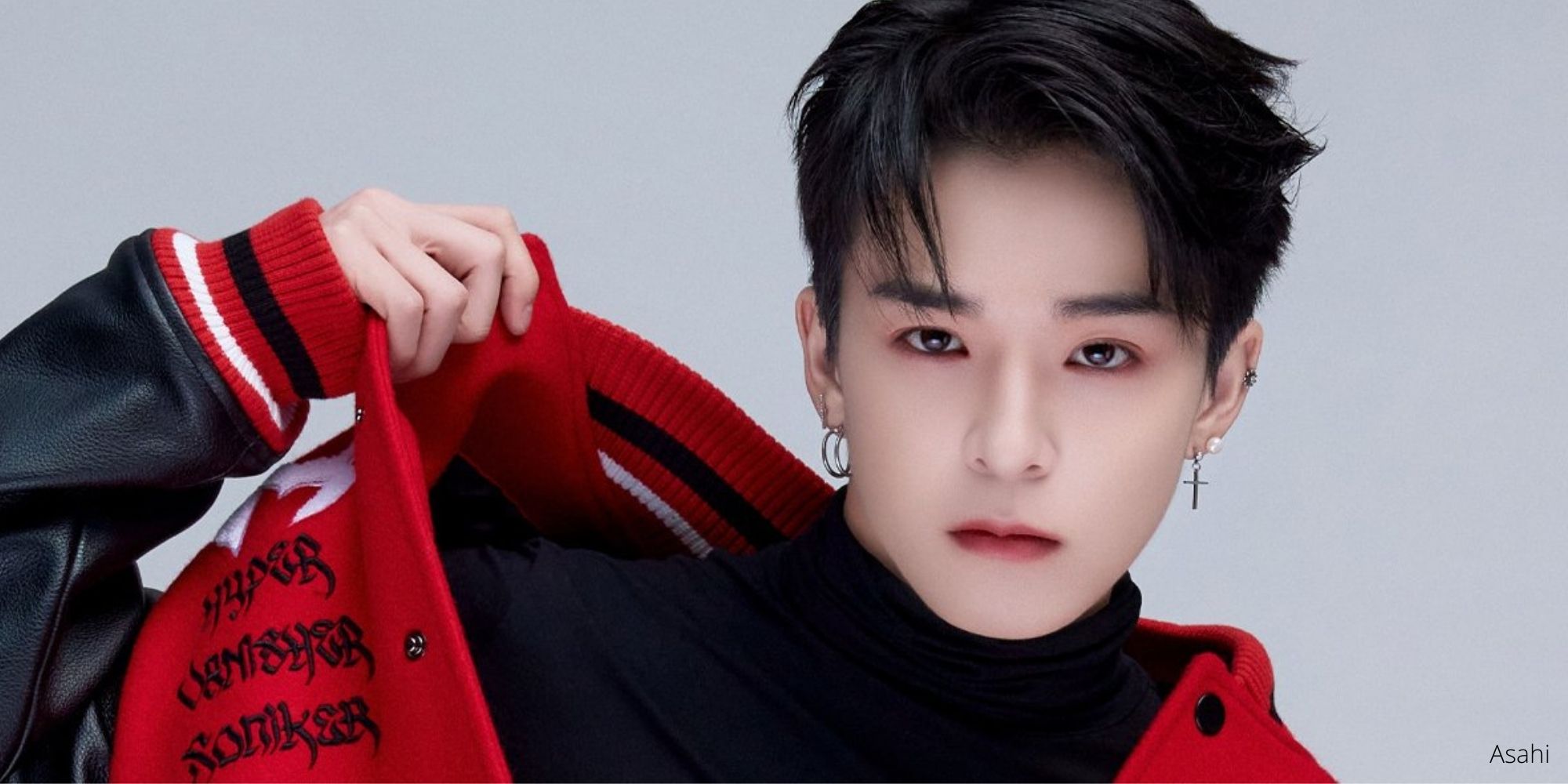 Other than composing music, his hobbies include soccer and football. Having a Japanese Nationality can help you appreciate the originally derived cuisine. Asahi like Ramen and Sushi. His English name is Arthur, and he lives with the motto to make good music, have a good attitude, and always be in a good mood.

The main vocalist Bang Yedam of the ‘TREASURE’ boy group, is 20 years old. His birthday is celebrated on 7th May 2002. His Nationality is Korean, and he was born in the Mapo district in Seoul, South Korea.  He is the only child, but he treats his group members like family. Also, he is given the nickname Dami and Yedami. 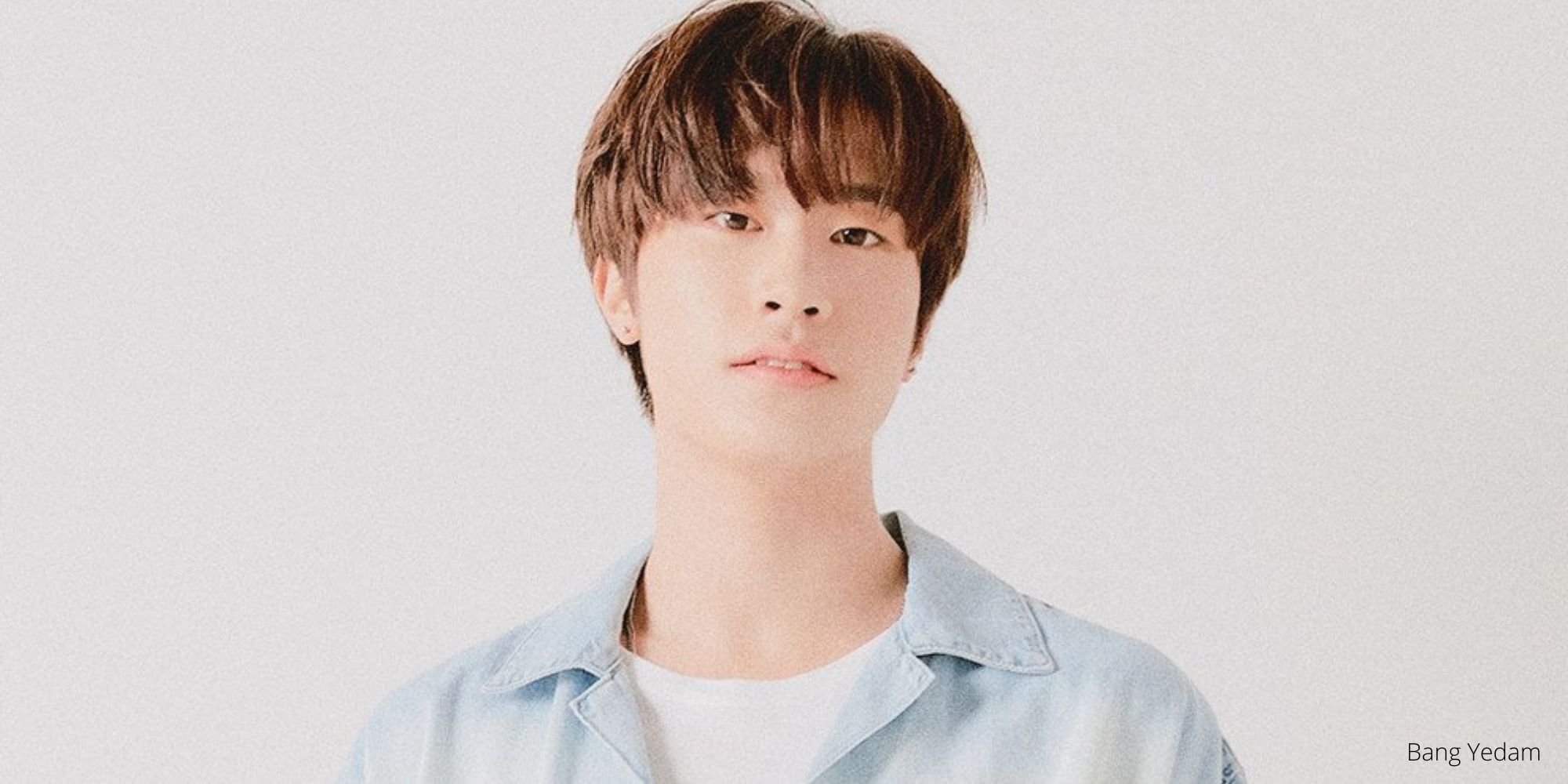 This name is short for the name Bang Yedami. As both his parents, Bang Daesik and Jeong Miyeong, are singers, Yedami also developed an interest in singing. Furthermore, he considers Doyoung to be his best partner, and they compose songs together.

Talking about Doyoung, here is another ‘TREASURE’ members profile that you might be interested in. His nickname is Dobi, and he is extremely cute. Similar to Yedam, he is also good at composing music. Also, the idol is very athletic, and his hobbies include skateboarding, swimming, and basketball. 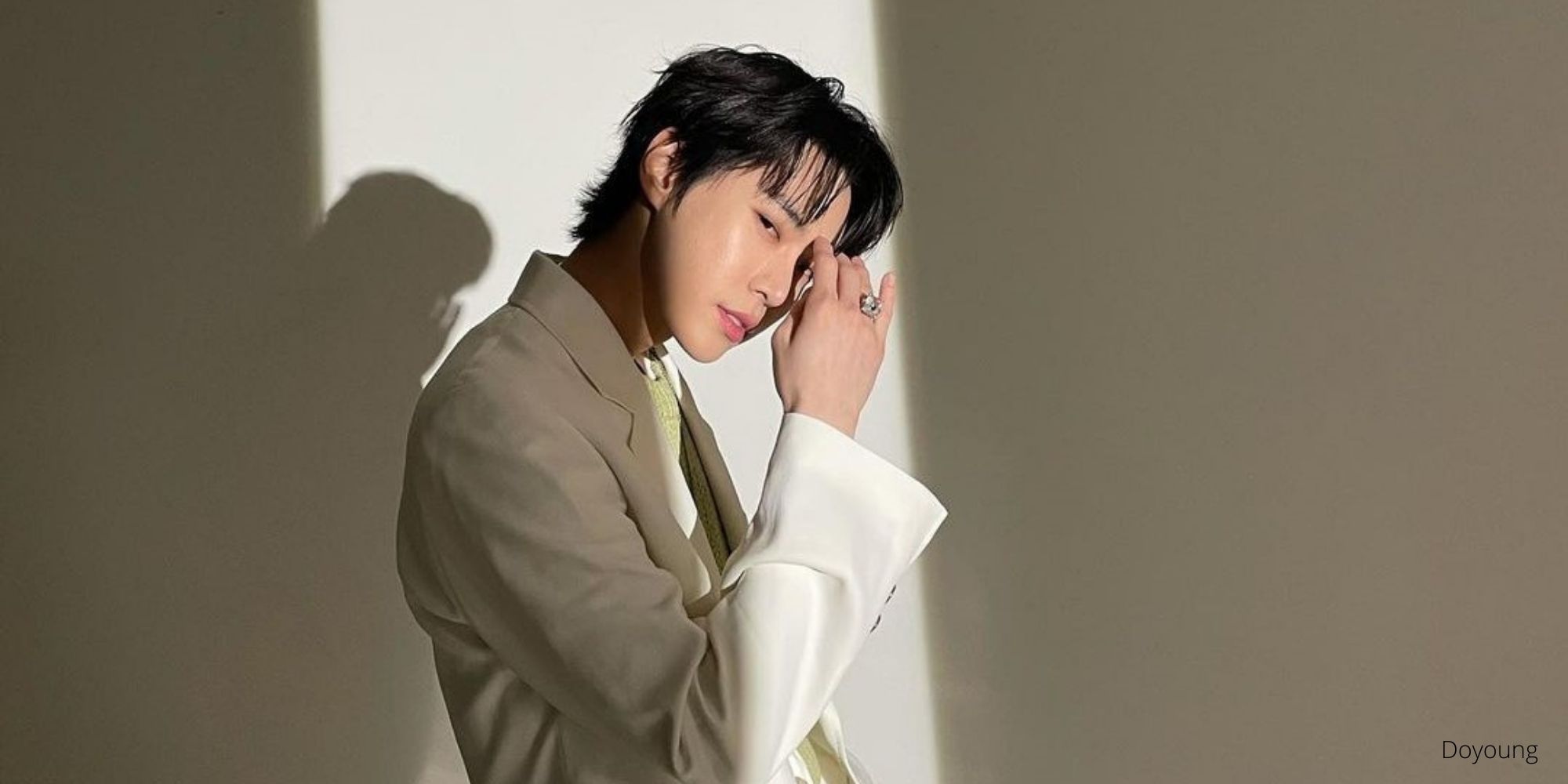 Moreover, he is best friends with Dohwan. Before joining the group, he trained for five years. If you hear this idol’s motto, you will be inspired in life. Doyoung’s motto is that challenges don’t have an end. His words motivate himself, as well as everyone, to work harder.

The idol of Japanese Nationality, Haruto, is an amazing rapper and has the position of the main rapper and visual of the group. He was born in Fukuoka, Japan. Also, his family is very influenced by American culture. His mother is a big fan of the American scientific-comedy series ‘BigBang’. Moreover, she has a lot of merchandise for the show. His English name is Travis. 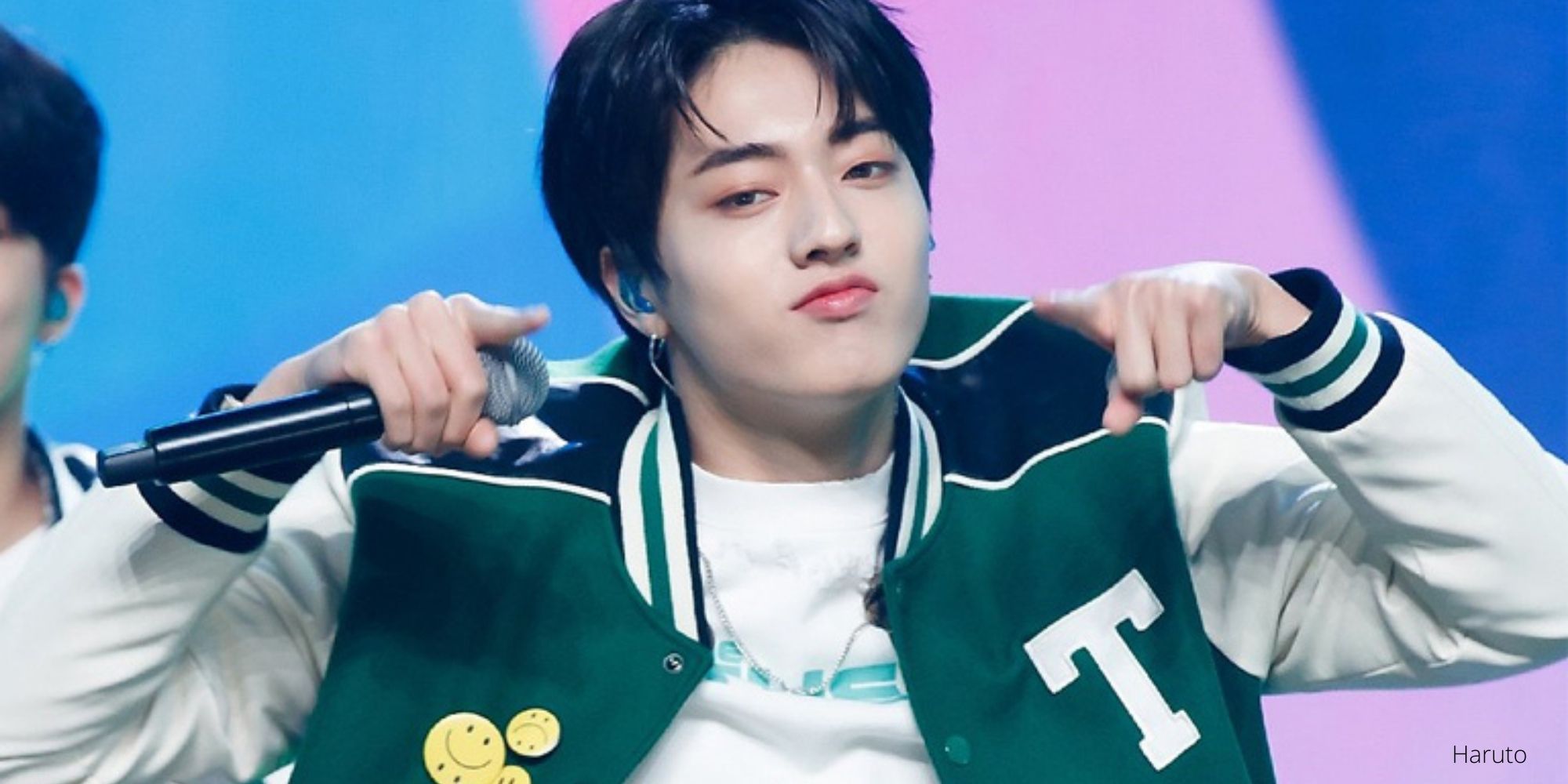 Also, YG’s ‘TREASURE’ boy group’s first member was announced was Haruto. He is a hard-working and kind person. Haruto gets along with everyone in the group and shares a room with his fellow member Junkyu. He has been active in the industry since 2020.

The idol Park Jeong-woo is the second youngest remember of the ‘TREASURE’ boy band. He was born on 28th September 2004. He has a Korean origin and was born in Iksan, South Korea. Also, he is very disciplined and diligent as he never missed a day of training. 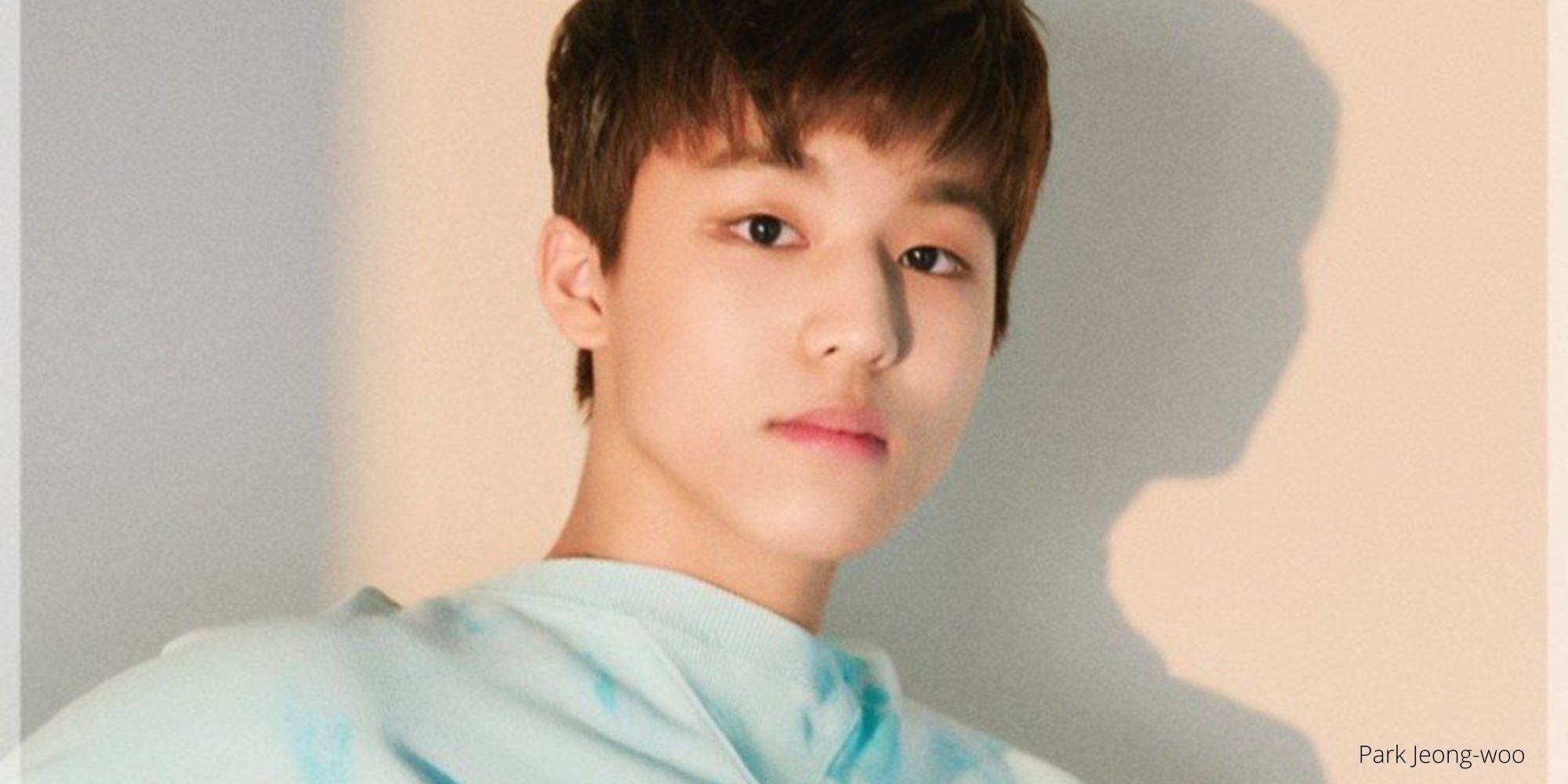 Moreover, he has the best fashion sense among all the ‘TREASURE’ members profile, and he like music, clothes, and food. In his introduction video, Jeong-woo performed the song ‘When I Was Your Man’. Furthermore, he knows Junghwan very well as both of them come from the same dance academy in Iksan.

The youngest member of the ‘TREASURE’ boy group, So Junghwan, is the vocalist of the group. He was born on 18th February 2005. The idol turned 17 this year. Junghwan trained for almost three years before debuting with his group. 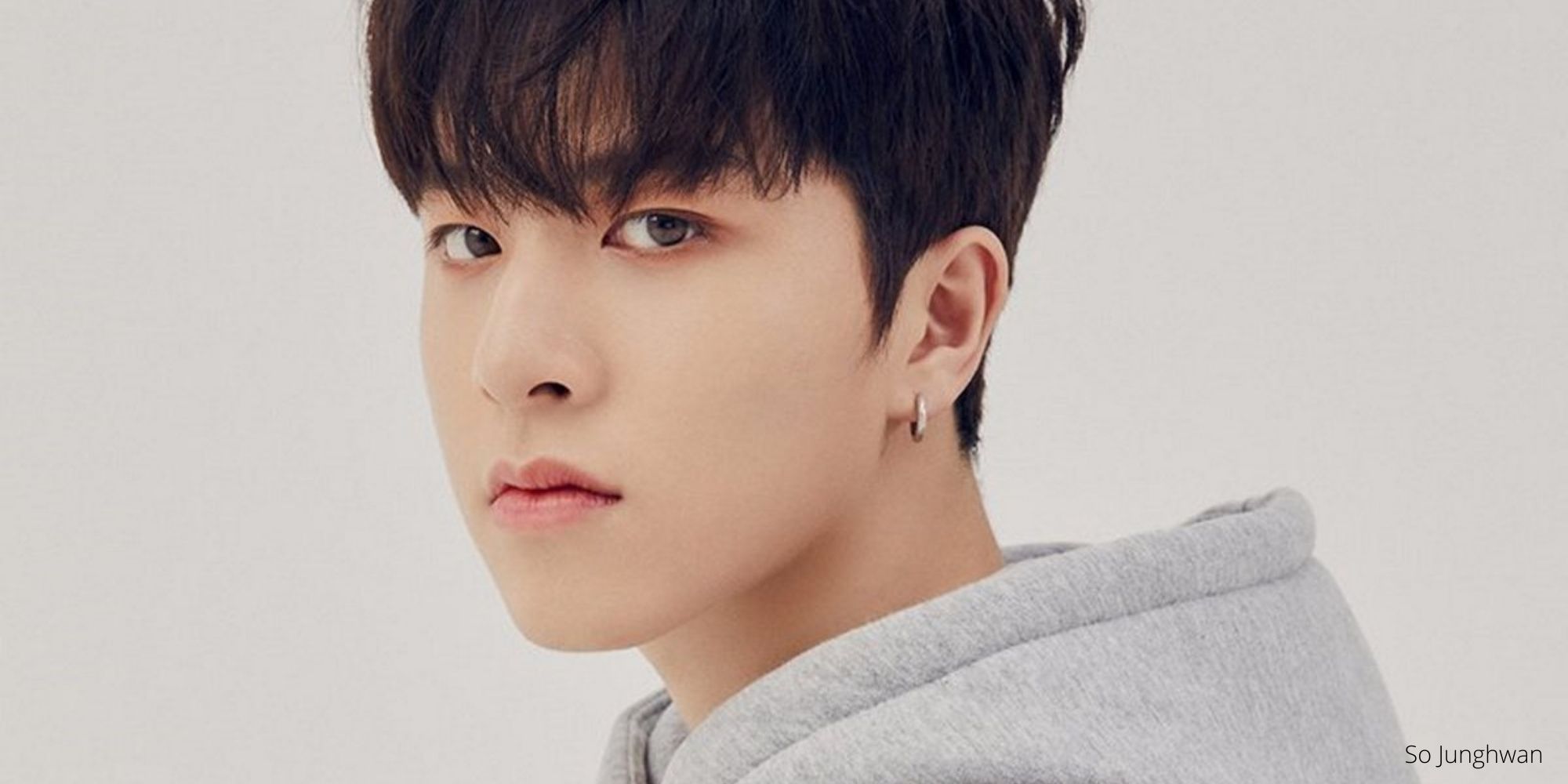 Also, he has many interesting talents, like he can do acrobats. He is given the nickname Sloth, and his best friend is Inhoung. Other than singing, Junghwan specializes in Taekwondo and dancing. For the introductory video, Junghwon performed the song, ‘Supermarket Flowers’.