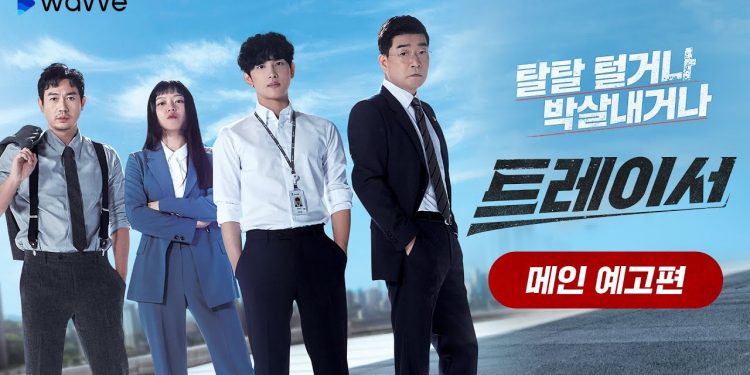 MBC’s new k-drama ‘Tracer’ is less than a week away, and fans can’t keep their cool, so here we being its episode schedule. Known as the ‘Tracer,’ Hwang Do Joon and his team from the National Tax Service will be tracking all illegal money transactions and catching the bad guys. With an interesting story and amazing cast members, “Tracer’ has been a talk of the town ever since the news came out. Finally getting a release date not long ago, the secret is still maintained as not many teasers of the show has been out yet. While the plot of the good guys chasing and beating the bad guys has become a cliche, ‘Tracer’ is supposed to be a refreshing take of the story.

As seen in the only released poster, the tagline of the k-drama is “Shake them empty, or break them down,” as our lovely cast looks straight into our soul. The team leader is Hwang Do Joon, who is known as the industry’s top accountant. And he has managed to track and break into the secret funds of major companies. No doubt, the investigation team is in good hands. And considering there are people in the office going against their own morals. The clashes and fights are bound to get interesting. Here is everything from the cast and the characters to the episode schedule, all you need to know about the ‘Tracer’ K-drama before the release of episode 1.

Written by Kim Hyeon Jeong and directed by Lee Seung Young, ‘Tracer’ is going to be a thrilling chase action drama. ‘Run On’ and ‘Strangers from Hell’ fame Im Si Wan will be returning to the TV screens. Bagging the lead role, Im Si Wan will be playing the role of Hwang Do Joon. He works as the taxation division 5, aka the ‘garbage dump’ at the National Tax Service, as a chief. His work life is very cool as he traces the money that even the tax service people couldn’t track for a living.

Where To Watch ‘Tracer’ K-drama?

The upcoming k-drama ‘Tracer’ will premiere on Channel MBC at 10 PM KST. For the online streaming, ‘Tracer’ will be available to stream on the Korean OTT platform ‘Wavve’. While ‘Tracer’ Episode 1 is all set to release on January 7, 2021, no new teasers or stills for the show have been out yet. With each episode having a runtime of 60 minutes. The k-drama will have the usual set of 16 episodes. And being the weekend drama, episodes are going to release on Fridays and Saturdays. Considering how MBC has been giving hits after hits continuously, fans have a higher expectation with this one too. And with the ‘Tracer’ Episode Schedule out and Im Si Wan leading the show, fans are already going gaga over everything.

Episode Schedule Of The K-drama ‘Tracer’ Is As Follows

Will There Be an Apotheosis Anime Adaptation?