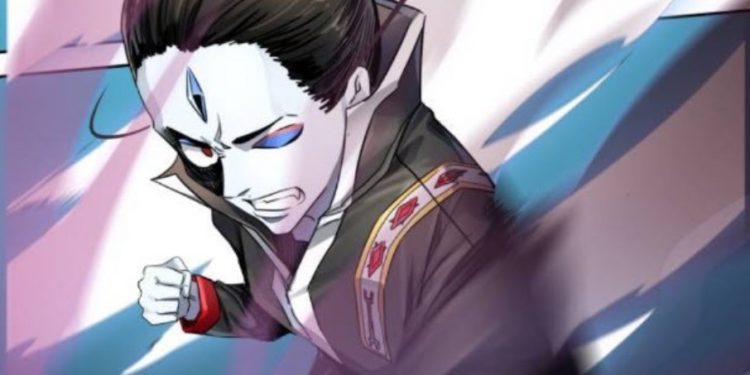 Tower Of God-Chapter 521 reveals the last battle between various families. The game is about to end with only two turns left, while at Ha Cheonhee’s Side, Ha Cheonhee talks with Ha Satcha. Ha-Satcha expects a challenge from the Ha family and thinks that it is not worthy for Ha Cheonhee to fight for a fired commander since Ha Cheonhee is from a great family and a member of the Zahard army. In Tower-of God’s latest chapter, Ha Satcha believes that Ha Cheonhee ruins her future and can correct that by giving up.

Ha-Satcha reveals that she is working with Yasratcha and talks about the 5th corp and how the higher-ups bore them. She adds that she cares less about family issues, and Ha Cheonhee replies that she has a purpose, and giving up is not what she will do. Ha-Satcha decided to take her down since they were not on terms. Ha Cheonhee thinks that it won be that easy. She uses Transcendental Skill: Transcendent Demon Wind against Ha Satcha wo praise her. Ha-Satcha decided that she would teach Ha Cheonhee a lesson.

Previously on Tower Of God-Chapter 520

Ha-Cheonhee begins to lose her eyesight and feels like someone is sucking her powers. Ha-Satcha asks her if she feels like sleeping, and Ha Cheonhee wonders what magic she used on her. Ha Satcha reveals the new powers that she uses against her. Ha-Cheonhee realizes she is getting weaker as the battle continues. Ha-Satcha explains what is happening to her, and Ha Cheonhee is worried about Commander Kallavan.

She talked about the Ha family tradition and how she always hated that. Ha-Satcha also reveals what happened during her childhood and how she liked to play with her friends. She is impressed that her opponent is strong. Ha-Satcha reveals how she joined the army of Zahard. That day she met with Yasratcha, and they talked about something. Ha Satcha wonders if there was a mission that she had to handle, and Yasratcha told her to relax since it was her first day.

She believed that she had found her destiny and ignored the other families. Ha-Cheonhee decided to surpass her limit since she couldn’t slack. She reveals about her famous courtesan father of the Ha family. Her father worked hard to earn his high-ranked post. But she tried to make her way to the thinking that it would be reasonable when she became selected as a princess.

Ha-Cheonhee thought that when she failed the exam, it was because of that person, and she wanted to see her and settle the scores. But she ends up meeting with an unexpected person, and the soldiers receive orders for her to be taken away. Her father also had a say and asked them to spare his daughter. Ha-Cheonhee learned not to betray those who looked after her and believed in her.

Tower Of God Chapter 521 will be released 0n 12 December 2021. Ha-Cheonhee reveals that she will never fail. The two exchange words talking about their families. Ha-Satch gave Ha Cheonhee the mouse and told her to never show up near her. The announcer reveals about the player from Cat Tower. Later, Ha-Cheonhee met with Kallavan, and the announcement says the player was sent to the field. Let’s look at Tower Of-God-Chapter 521 official details.

Also Read: Reggie vs. Megumi In Chapter 168 of Jujutsu Kaisen.

Aoki Questions His Relationship With Ida In ‘Kieta Hatsukoi’ Episode 9