Tori Spelling Net Worth: How Much is She Actually Worth? 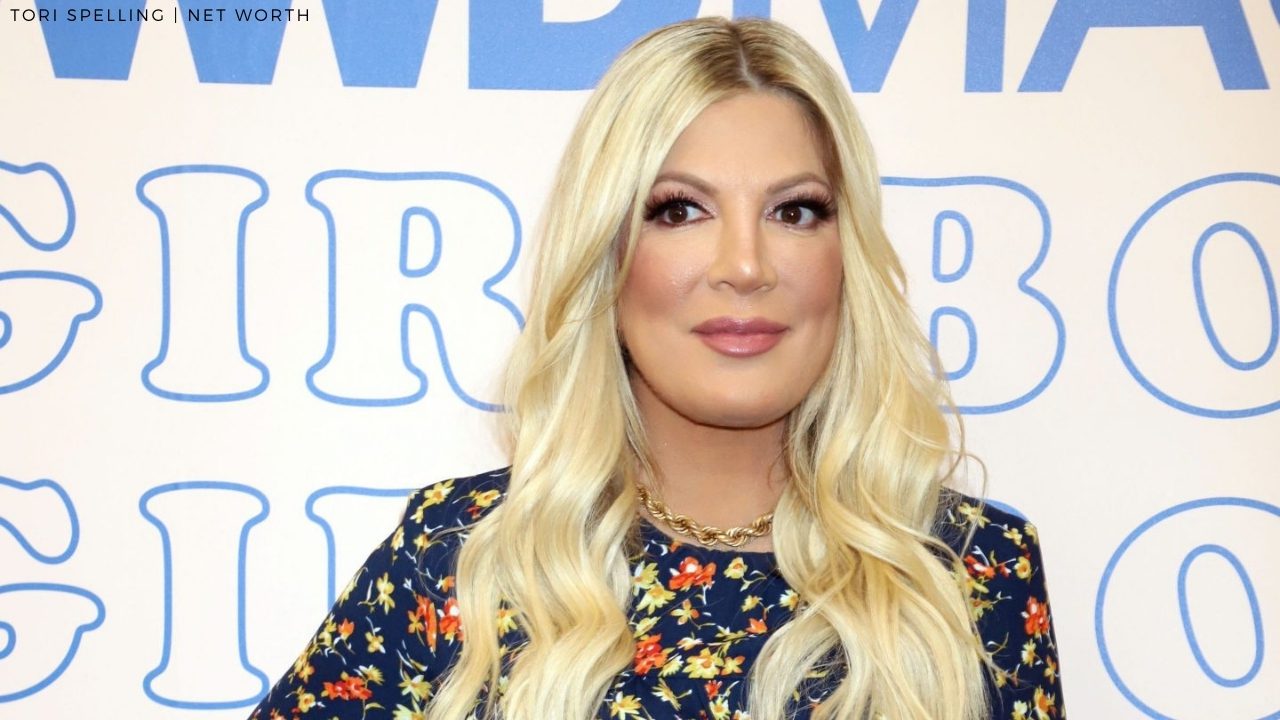 Tori Spelling is an American actress and an author. Born Victoria Davey Spelling, she gained popularity for playing Donna Martin in Beverly Hills, 90210. She is the daughter of American author and philanthropist Candy Spelling. Her father is the famous television and film producer Aaron Spelling. Her younger brother Randy also was an actor. He has now taken a break from acting and is working as a life coach.

Tori started her education at Beverly Hills High School in Beverly Hills, California. She later shifted schools to attend Harvard-Westlake School, from where is eventually graduated in 1991. When she was very young, that is, at the age of six, her father hired an acting coach for her. She started taking acting lessons and bagged a guest role in the television series The Love Boat. Tori was born on 16th May 1973, making her 46 years old in 2021. Read on to find out more about Tori Spelling Net Worth.

Also, Read Trey Gowdy Net Worth: How Much Does This Former American Politician Earn?

The net worth of Tori Spelling as of 2021 is an estimated 500 thousand dollars. Most of the money she made comes from pursuing a career in acting. When the actress was very young, she appeared as a guest character in the television shows T. J. Hooker, Hotel, Fantasy Island, Vega$ and Saved by the Bell. When she was in her late teens, she bagged the role of Donna Martin in Beverly Hills 90210. This show was co-produced by her dad Aaron Spelling’s company. Her performance in the show earned her two nominations for the Young Artist Awards.

Beverly Hils was not the only work she did during that time. She also acted in many television movies such as Co-ed Call Girl, A Friend to Die For, and also Mother May I Sleep with Danger. She also appeared in feature films such as The House of Yes and Trick. Her next major role in television was when she starred in VH1’s So Notorious as herself. She dived into her writing career when she published her autobiography sTori TELLING, on March 11, 2008. This is quite a catchy title for an autobiography, indeed. After that, she went on to release her second book titled Mommywood on 14th April 2009.  A spin of the show Beverly Hills was announced, and it was reported that Tori would reprise her role as Donna Martin in this show as well. She was featured in the show as a guest star in the nineteenth and twentieth episodes.

Make sure to also read Ben Baller Net Worth: How Much is He Worth in 2021?

When Tori was thirty years old, she got married to the actor and writer Charlie Shanian. But this marriage didn’t last long. In July 2005, Spelling met the Canadian actor Dean McDermott. They happened to be working together in the Lifetime TV movie Mind Over Murder in Ottawa. Sparks started flying between the two, and soon they started hooking up. Both of them were married at that time. While Spelling was married to Charlie Shanian, McDermott was married to actress Mary Jo Eustace. McDermott and actress Jo Eustace also had a son together named Jack Montgomery McDermott. This leads to a split between Spelling and her husband, Charlie Shanian. Shanian filed for divorce, and the divorce was finalized on April 20th, 2006.

After her divorce was finalized, she quickly went on to marry Dean McDermott. The couple got married privately on 7th May 2006 in Wakaya, Fiji. Spelling McDermott is parents to five children together. They have three sons and two daughters named Liam, Finn, Beau, Stella, and Hattie, respectively. In 2006, Spelling’s father, Aaron Spelling, passed away from a stroke at the age of eighty-three. After this, Tori inherited his estate, which has an estimated net worth of about 500 million dollars. The property was split between Tori, her brother Randy and her mother Candy. It is said that Tori’s relationship with her mother is not rock solid, and she and her mother doesn’t talk that often.

That is all about Tori Spelling Net Worth.

Also Read: Keith Urban Net Worth: How Much is the Country Star Worth in 2021?

Kirk Frost Net Worth: How Much Does Rasheeda’s Husband Earn?

Trick Daddy Net Worth: How Much Does The Rapper Make?