Demon Slayer is one of the most successful series yet. It takes a leap from the generic tools of shounen into creating something extraordinary. With the recent release of the Demon Slayer movie, anyone who has watched it will admit that Ufotables has brilliantly outdone itself. In terms of animation, the series excelled by a thousand units. Every action-packed scene revolved around the mind for days after watching the movie. The very excellence in Demon Slayer lies in factors like such. It moulds extravagant characters with unique skills that blow the viewers’ and reader’s minds. The manga presents a varied number of attacks that come from different characters. The strongest attacks in Demon Slayer came from the factions of demons as well the demon slayers.

The story focuses on several attack forms, each of which are strong in their own way. While making a list of these attacks and ranking them is fun, it also makes one realise and appreciate Goutuge’s work and efforts. There are innumerable forms of offensive and defensive abilities featured in the story that engulfs the reader more within it. Here is a list of the ten hands strongest attacks in the Demon Slayer manga.

Spoiler Alert: There are some major spoilers in this article from the Kimetsu no Yaiba manga. Please refrain from reading ahead if you haven’t read it and don’t want it spoilt! However, if you want to read the manga, you can read it on Viz Media or on Shueisha’s Manga Plus app.

Also Read: Is Demon Slayer Available To Stream on Netflix?

Water Breathing is one of the five breathing forms directly derived from Sun Breathing. It has only ten forms in common, but an eleventh form was created by Giyuu Tomioka, the current Water Pillar. Rather than being highly offensive, Lull takes dominance in a fight for its defensive property. Giyuu surrenders on the offensive side and only defends against the attacks at speed so high that it seems like he is standing still. Once close enough, he slays his enemy.

The technique was first observed in the fight against Rui. However, while it looked overpowered, it does not have a high success rate against attacks that have higher speed than its own. An example of its failure can be seen in his battle against Akaza. 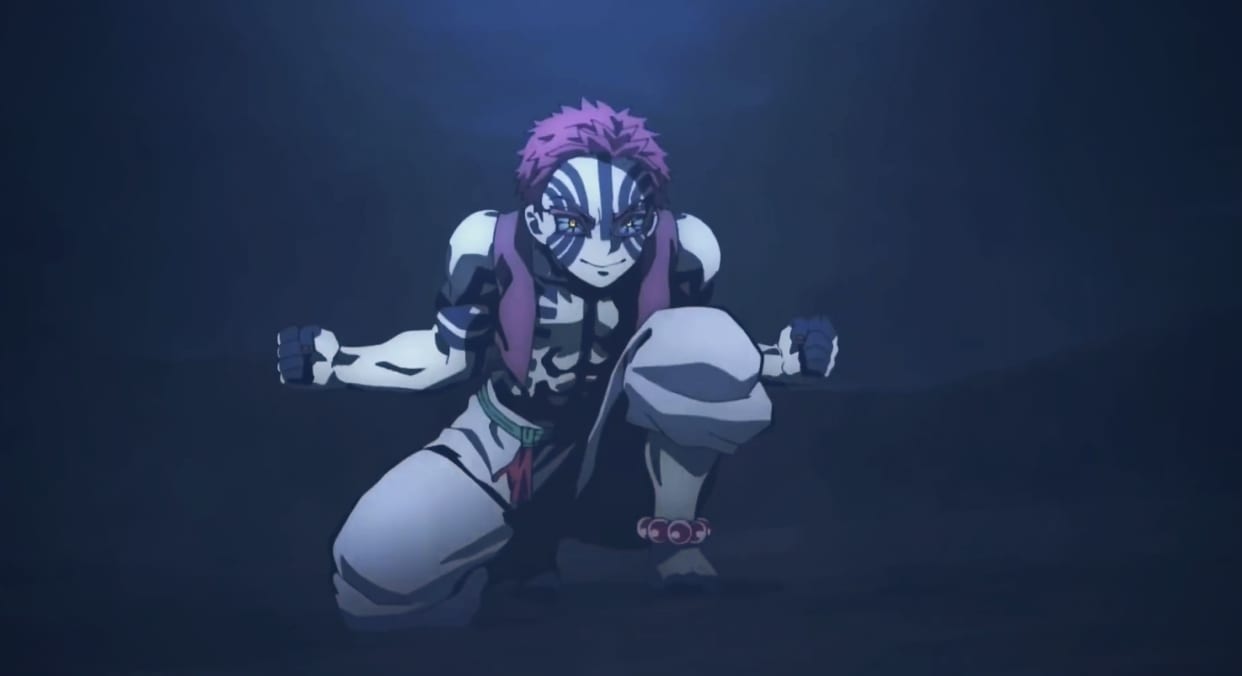 The third upper moon demon possesses a unique ability that is called Technique Development. Under this, one of his most powerful techniques, the Annihilation Type, might be one of the strongest attacks in Demon Slayer. The technique works as an offensive and a defensive ability at the same time. Akaza throws a powerful punch while lunging. The punch has so much power that it generates a shockwave that can devastate the surroundings.

While this could be damaging for the opponent, the Annihilation Type can also counteract his opponent’s moves.

Beneficent Radiance can inflict high damage to the opponent. A blow is delivered in a single slash after the user spirals in the air.

The seventh form of Wind Breathing executed by Sanemi Shinazugawa is one of the most devastating forms of wind breathing. Considering how terrific it is, it can be counted as one of the strongest attacks in Demon Slayer. In this form, Sanemi swings his sword while leaping into the air. He creates a gale-force wind, meaning, wind sharper and stronger than the breeze. This movement can rip through the enemy and shred them apart. 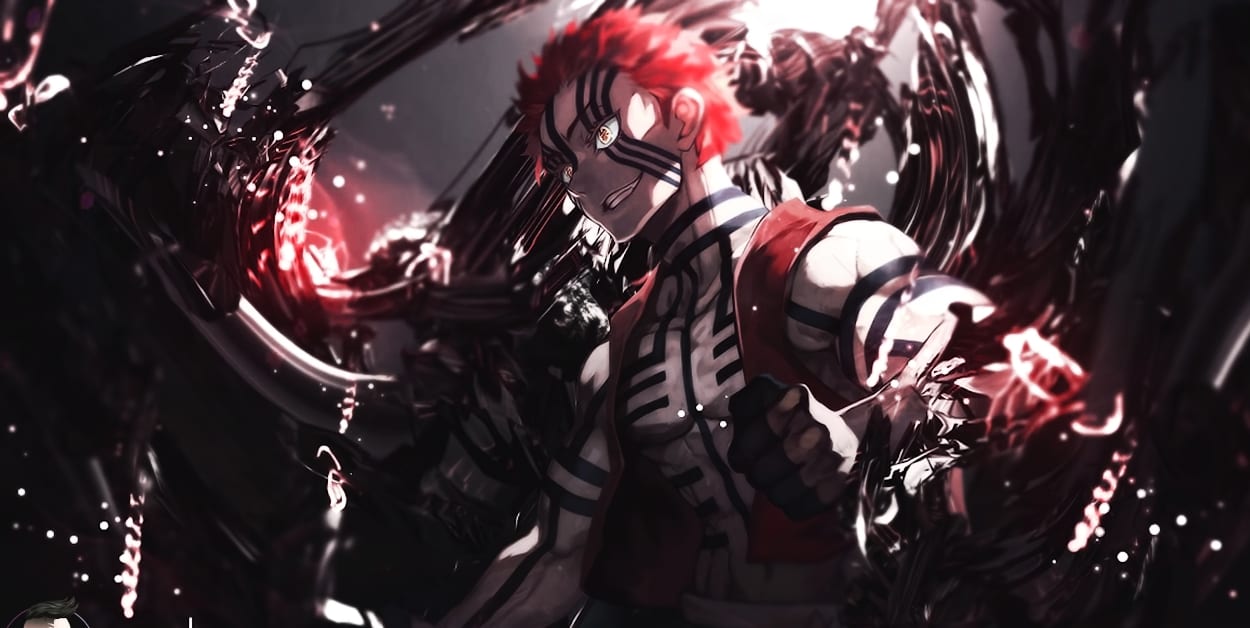 Akaza’s ultimate skill was the Blue Silver Chaotic Afterglow. In his battle against Rengoku, he barely displays his full potential. He only uses three of his abilities. However, towards the end, Akaza’s monstrous abilities are laid down to witness the strength of the upper demons. His strongest attack makes its way into the list of the strongest attacks in Demon Slayer. Blue Silver Chaotic Afterglow is a martial arts technique where he attacks his opponent with numerous punches generating shockwaves. The attack displays tremendous speed and agility. Its randomness even breaks through Giyuu Tomioka’s power move, Lull.

Himejima Gyomei was able to catch up with the strongest Upper moon, Kokushibo, even before earning the Demon Slayer mark. The fact itself speaks for his strength and power as the strongest Pillar. He uses the fourth form of Stone Breathing in his battle against Kokushibo in the final arc. In this attack, he swings his weapon to manipulate the axe and the flail. This offensive technique is not only powerful but also very clever. The enemy receives two blows through this attack. Given Gyomei’s brute strength, the said attack is sure to inflict a lot of damage on his enemy.

Moon Breathing has strong techniques, but its Strongest form is the Moonbow Half Moon form. Kokushibo attacks with a sixfold slash that he creates by forming a barricade of crescent shape slashes. This attack is wide-ranged and can attack multiple opponents at the same time. The damage inflicted can create hollow cavities on whatever comes in contact with the attacks.

Shockwave Scream is Muzan Kibutsuji’s ability. The unique ability comes from his blood demon art. Shockwave Scream requires a lot of time and energy to exhibit, so it has its limitations to the number of times it can be used. However, when used, it can cause massive despair in the enemy. It is an aggressive defensive ability. Muzan can manifest his torso and upper body into a big mouth. He lets out a massive scream that releases shockwaves into the surrounding (hence the name). The effects of this scream can harm not only those in direct contact but also those who are remotely connected to them. This can be seen in the case of Tanjiro and Obanai, who were in the range of the scream. At the same time, the attack also partially influences those who were connected to them through the crows.

The effects of Shockwave Scream are dangerous. Anyone under its attack will suffer from internal injury. Additionally, it also causes paralysis and respiratory impairment. 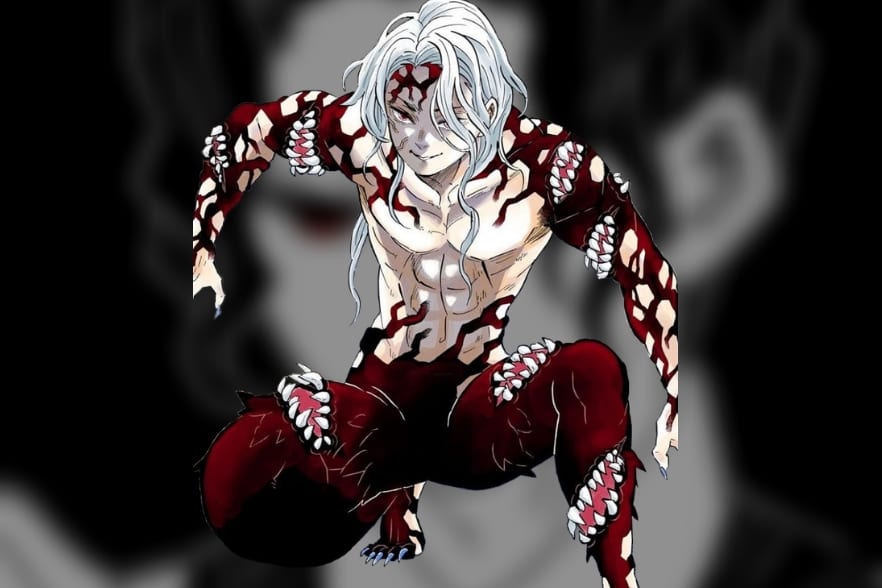 Flesh Manipulation is a common technique in many demons. However, it can be seen in the most exotic yet lethal shape in Muzan Kibutsuji. Muzan transforms into a grotesque form using this ability and showcases some of the most deadly moves on the demon slayers. His body grows multiple offensive and defensive tools like mouths, and sharp tooths. But, the most significant flesh manipulation of Muzan was the whips. These whips can be seen in the form of Demon whips, spine whips, and Leg whips. Whips are strong and sharp blade-like projections that come out of his hands, spine, and thighs. He waves them and uses these projections like a whip to attack his opponents.

These whips are long and several in number. Thus, not only can he do combat in a long range, but he can also fight multiple opponents at the same time.

Also Read: How to Watch Those Who Wish Me Dead?

The thirteenth form of Sun Breathing was a specific form created by Yoriichi Tsugikuni. The main inspiration behind this form was to defeat Muzan. As an attack form created to defeat Muzan, it seems like an ideal strongest attack in Demon Slayer. The thirteenth form is a continuous repetition of all the twelve forms of breathing in skilled agility and precision. Every form of Sun Breathing in the Thirteenth form aims at destroying the seven hearts and five brains of Muzan. Meaning, the Twelve forms of Sun Breathing stand against the twelve significant organs of Muzan that need destroying to kill him.

Goutuge’s portrayal of Muzan has been terrific. She displays him as an overpowered antagonist who cannot be defeated by all the Demon Slayers altogether in his true strength. Thus she makes use of Tamayo’s poison to weaken him. To deal with an antagonist so great, all the other characters were given fulfilling powers. Some to match up in his shadow and some to fight against him.