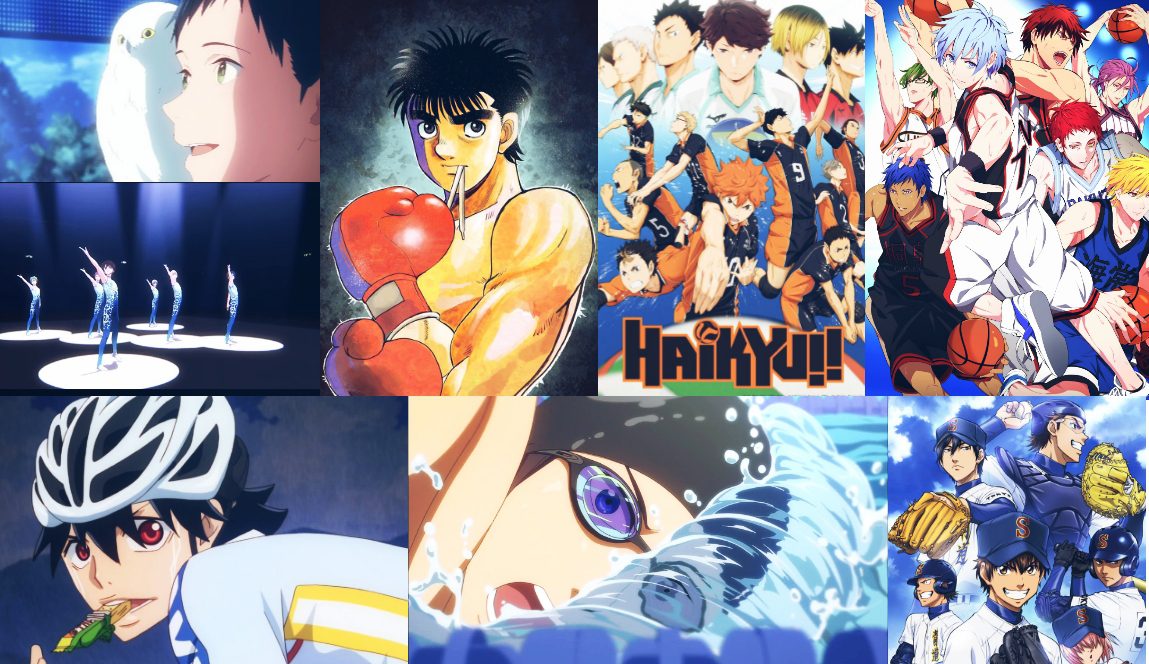 With Tokyo 2020 going on, everyone is pretty riled up. Sports have been a part of the world’s development. What started out as fun is now seriously attempted on a competitive platform. Olympics are a very special event. Every four years, people gather to represent their country in different sports and pray they bring a medal home. Every player has their own stories of struggles and success. Knowing such stories is always so motivational. Perhaps this is why the sports genre in anime is popular, even among those who do not play any sport. The best sports anime depict the growth and success of such players in the most realistic way despite being set in a fictional universe.

One does not necessarily have to be into sports to like sports anime. In my personal experience, I have received much push forward from inspirational anime. Relating sports to real life is as tough as it sounds. Yet, some anime plots do the same with so much ease. These are the moments that sports anime fans leave for. The intense moments of a game and the tactical skills of the players give sports anime a huge fanbase as well.

With the Olympics going on, I bet many of us are riled up and looking for good sports anime to calm ourselves. Here are the top ten best sports anime. The ten sports anime mentioned ahead feature ten different sports (each) which are currently being played in Tokyo 2020. You can stream these anime on Netflix, Crunchyroll, Funimation, HiDive, or any other legal anime streaming platform.

Tsurune is a serene anime. Since the anime is a product from Kyoto Animation, I will leave it to your imagination to judge the anime’s visuals. Tsurune is relaxing to the mind. The anime centers around archery primarily, so it is not as chaotic as the other anime series on the list. Like the sport, the general vibe of the show is poised and graceful. However, the anime is not only about archery. The characters (who have beautiful character designs) grow throughout the anime bit by bit. Despite its comparatively calmer outlook, the anime is competitive as well. Tsurune portrays a very believable version of what talented archers live through and how they think. 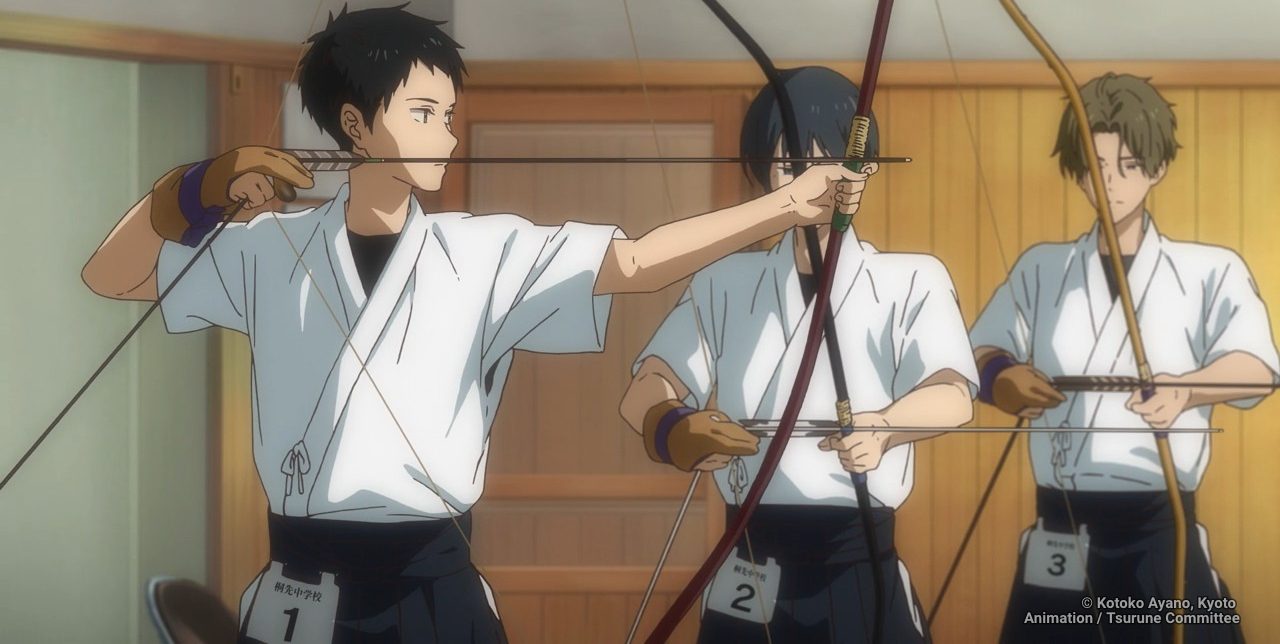 Diamond no Ace is a very neatly created anime. The story is straightforward, and its characters complement the flow of the anime. Diamond no Ace is an absolute choice for the best sports anime. The anime lets its audience feel quite out of the world without displaying anything out of the world. It is also on a constant reality check. The gameplay looks very accurate as well. Diamond no Ace has a fixed motive, and perhaps we already see the end coming (more or less), but it is more about the journey rather than the end. Within its developing episodes, the audience finds itself overflowing with emotions. ‘A sports anime can’t make you cry.’ Well, wait until you watch Diamond no Ace and weep happy tears!

Free is the equivalent of a relaxing anime. Instead of being aggressive, Free lays back down low and gives its viewers a beautiful view. The anime has many great slice-of-life moments as well that constantly keeps its fluff meter at the highest. Free’s take on swimming is not unique, but it’s still pleasing. Even after some parts being clichè, the anime refrains from being boring. A lot of times, things may seem predictable, and they are, but the way the anime presents such moments never stops having a lesser effect. Free is an anime about the bond between the characters as well. As much as we adore the characters, the bond between them is unquestionably one of the best you’ll witness in any anime. 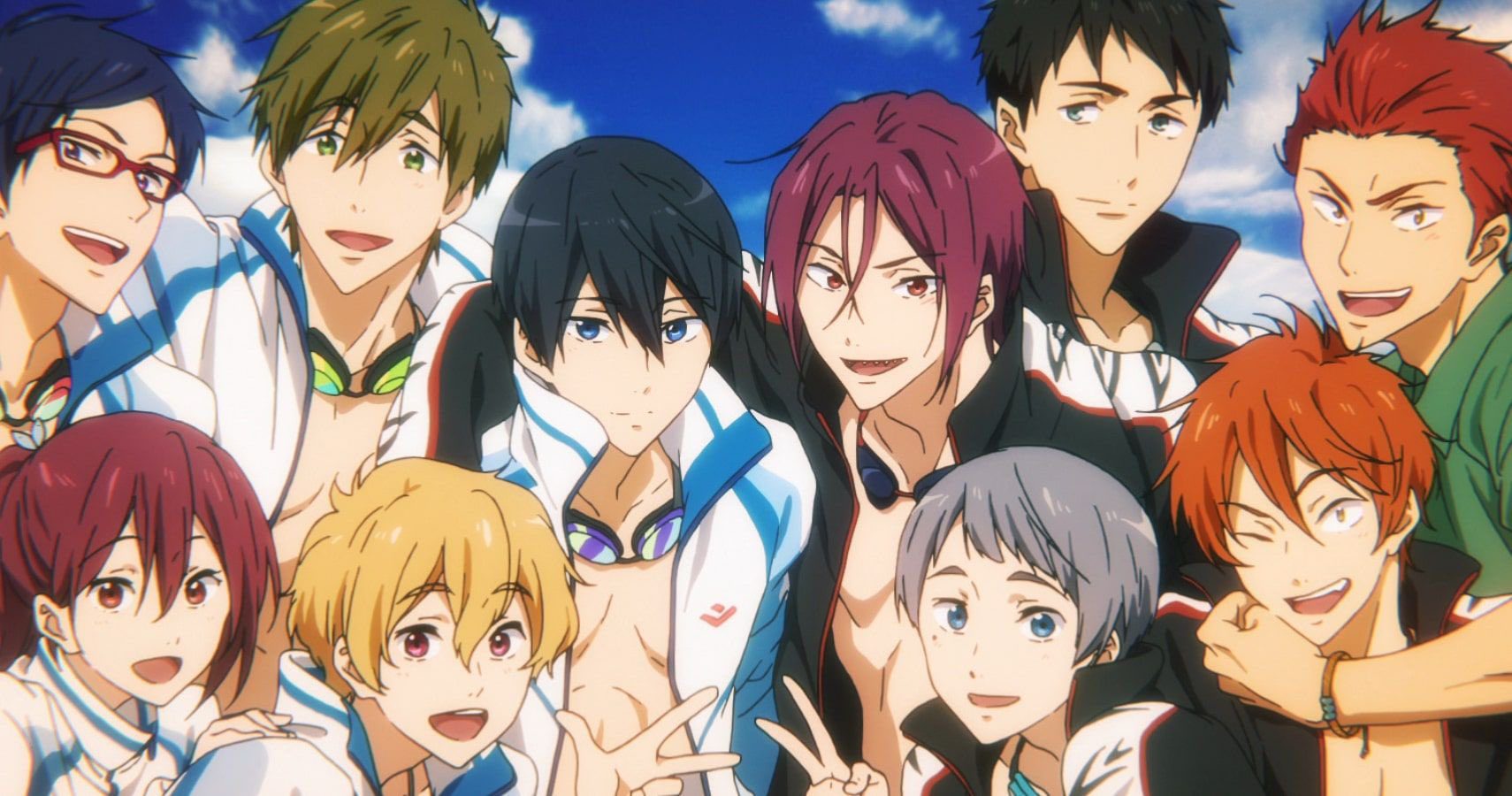 Released earlier this year, Bakuten is a graceful anime. The anime’s execution of gymnastics is so beautifully done that it is hard not to recognize it as one of the best sports anime. If you like to watch anime with beautiful effects that are aesthetically pleasing, Bakuten is something you should not miss. The anime’s plot is very simple, like most sports anime. With every episode, the characters grow mentally and emotionally. One of the best things about Bakuten is its high-quality animation. Being all about rhythmic gymnastics requires the anime to have a softer animation. Seeing the result, I couldn’t be more grateful towards Zexcs for animating the series. 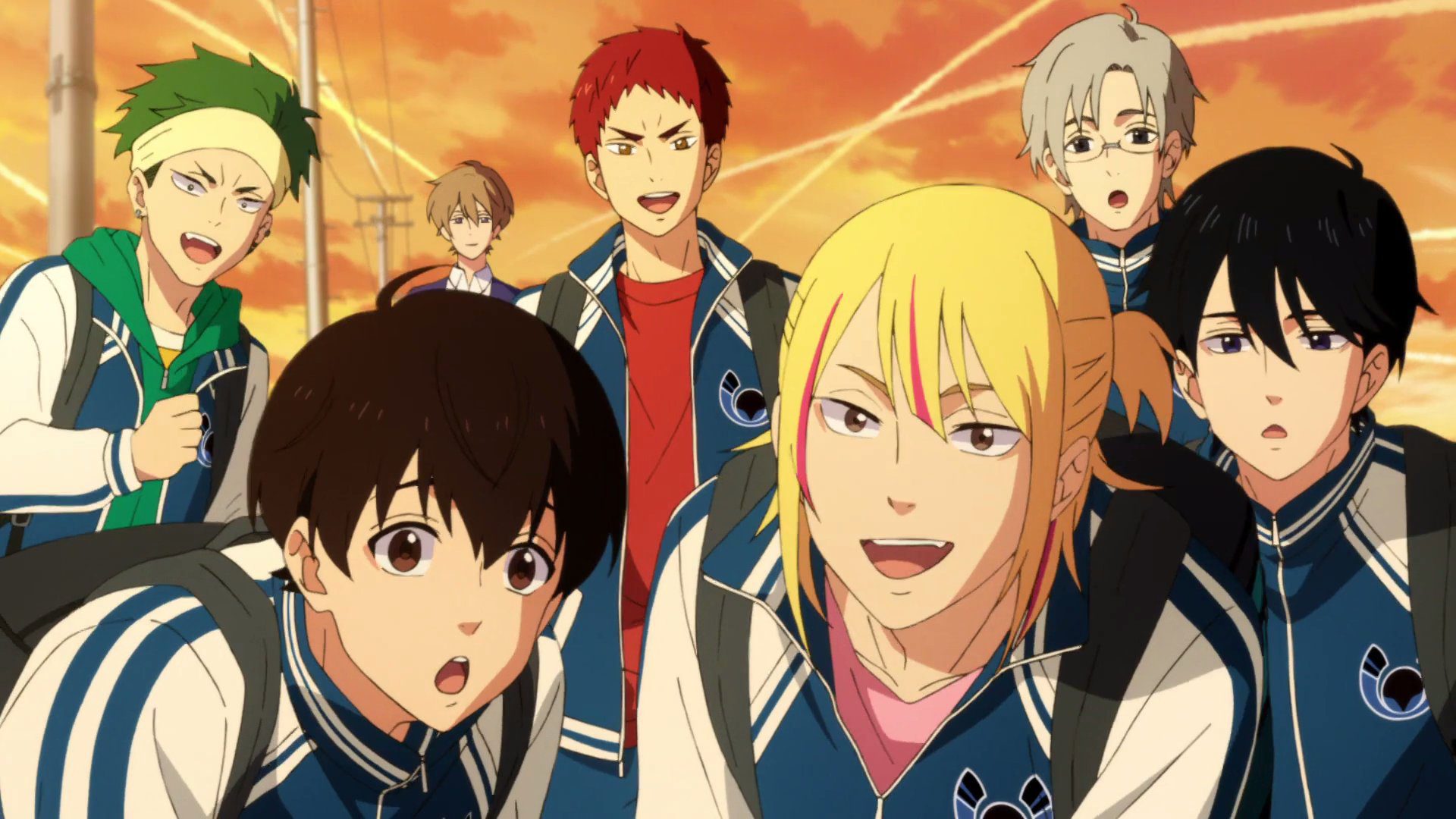 Although the quality of sequels deteriorated at one point, the first few seasons of Inazuma Eleven were a great watch. The anime has many unrealistic aspects and may not appeal to authentic soccer players at times. However, it is a good anime to watch and be entertained if you adjust to the fact that it’s all just fiction. Rather than the sport, Inazuma Eleven is popular for its emotional development. The anime is moving at times and has moments that will at times keep your heart racing. At other times, the anime keeps its audience entertained with great comedy. 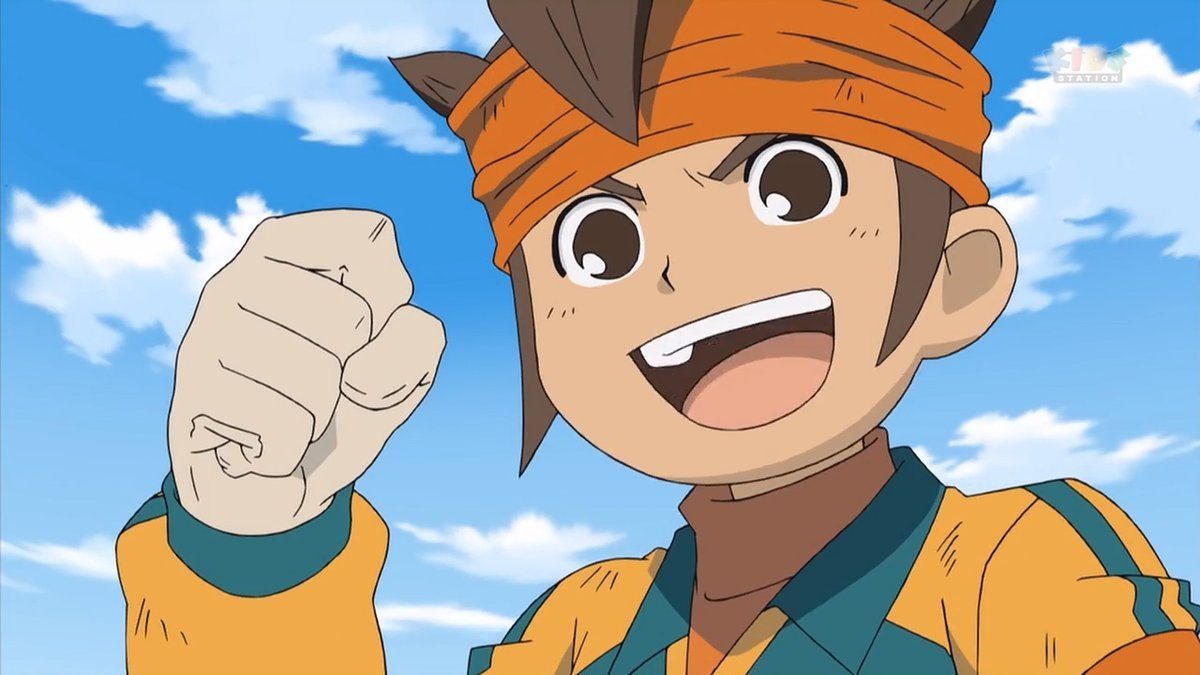 Kuroko no Basket is an anime that has a good build-up. It’s a warzone in the field of sports where everyone is hellbent on securing the number one position. This is one of the most popular anime and justifiable one of the best sports anime that one could come across. Along with its strong focus on basketball, the anime is also funny, has strong character developments, and has very dramatic animations. Kuroko no Basuke makes use of exaggerated concepts at times, but it’s all acceptable because even concepts as such are placed entertainingly. The anime is an intense watch and definitely something we would recommend to all sports anime enthusiasts. 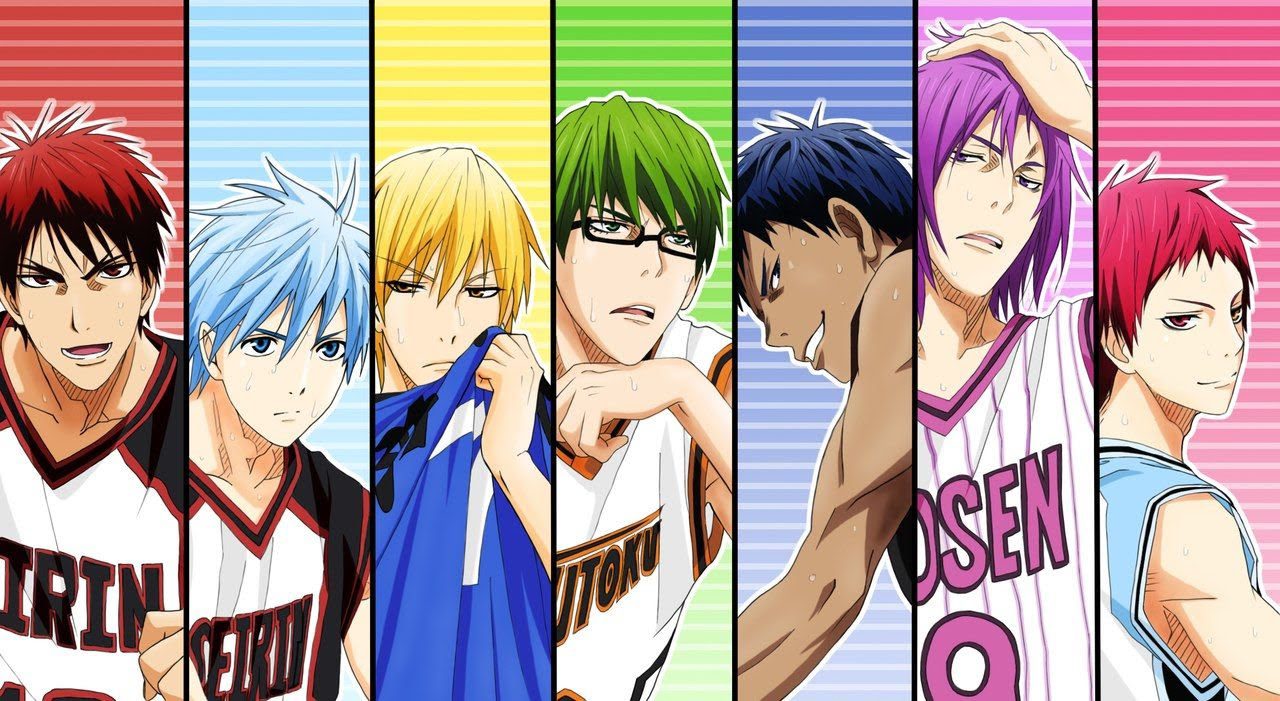 In a single sentence, I would describe Hajime No Ippo as a very motivational anime. Being about boxing, the anime is violent and aggressive. But, it makes up for it in more ways than one that even those who dislike the violence will remain till the end. The art of the anime further compliments the theme. Even if the anime were to have any flaws, it is overshadowed by the high-quality content that it serves. Hajime no Ippo is one of the best sports anime for its outstanding balance of emotional, aggressive, and fluffy plot. 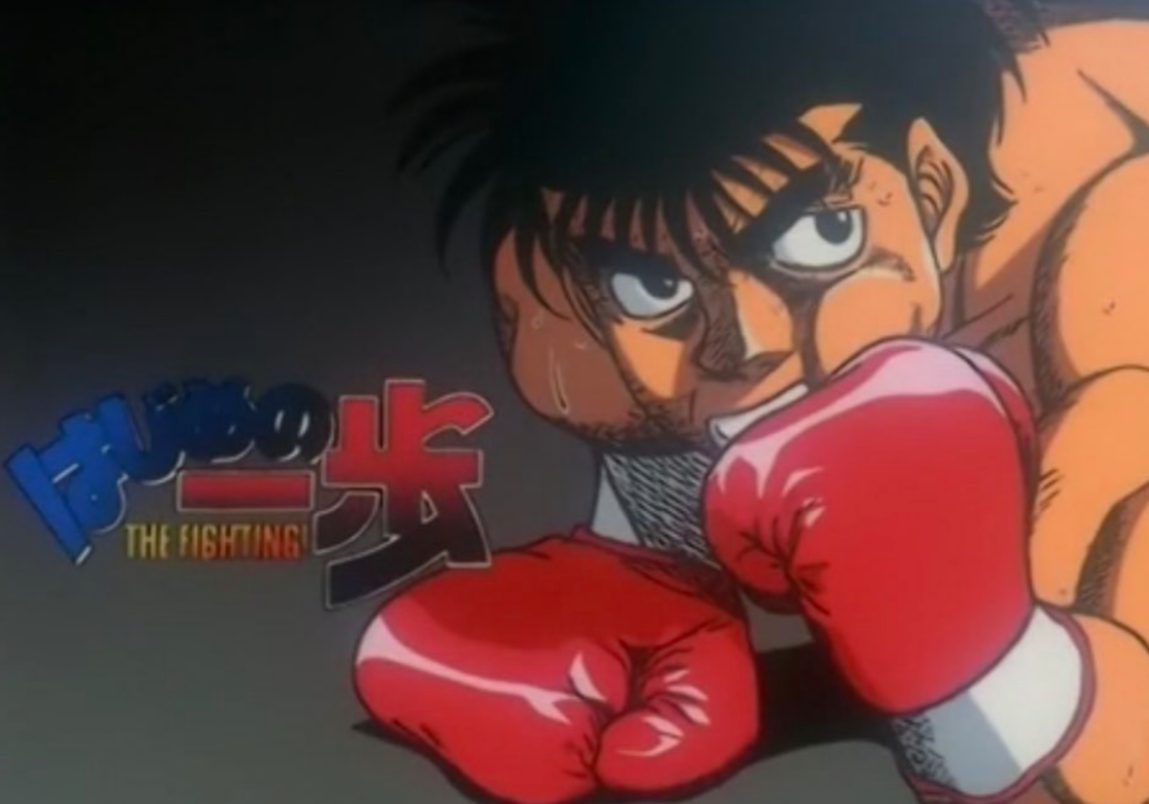 One of the most popular sports anime, Haikyuu! just cannot be ignored if we are talking about the best sports anime. The reason being? It has a very realistic feel to it, in addition to characters that are very relatable. The anime has a very intense approach and portrays the healthiest type of sportsmanship between its characters. The plot of Haikyuu! is a drive to move to the top. With the crazy drive of the top, the plot brings drama and comedy hand in hand. I love the diverse characters that the anime presents and how well they fit into the story. Haikyuu! is my favorite piece of work from Production IG because of its accurate vision of volleyball. 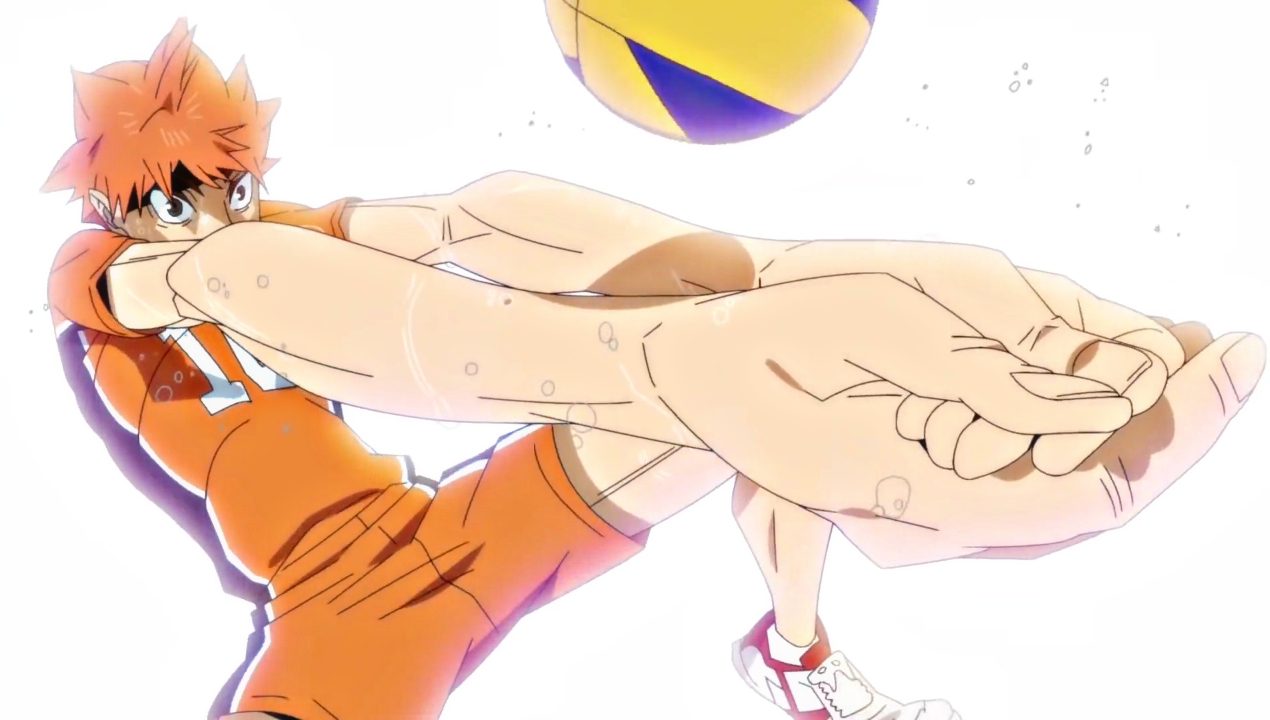 Yowamushi Pedal is another one of the best sports anime that I wish people talked about more. The anime is all about passion and the determination to be better. Yowamushi Pedal draws great parallels between the sport it features and the reality in life. This is one of the reasons why this anime is so inspirational. Watching Yowamushi Pedal gives its audience a push to be confident and makes them want to get strong. The anime has equal amounts of fun factors as well. One does not expect much from an anime about cycling. The idea in itself is bland. But, Yowamushi Pedal puts forward so many creative plotlines that one can’t help but appreciate the creativity of the creators. 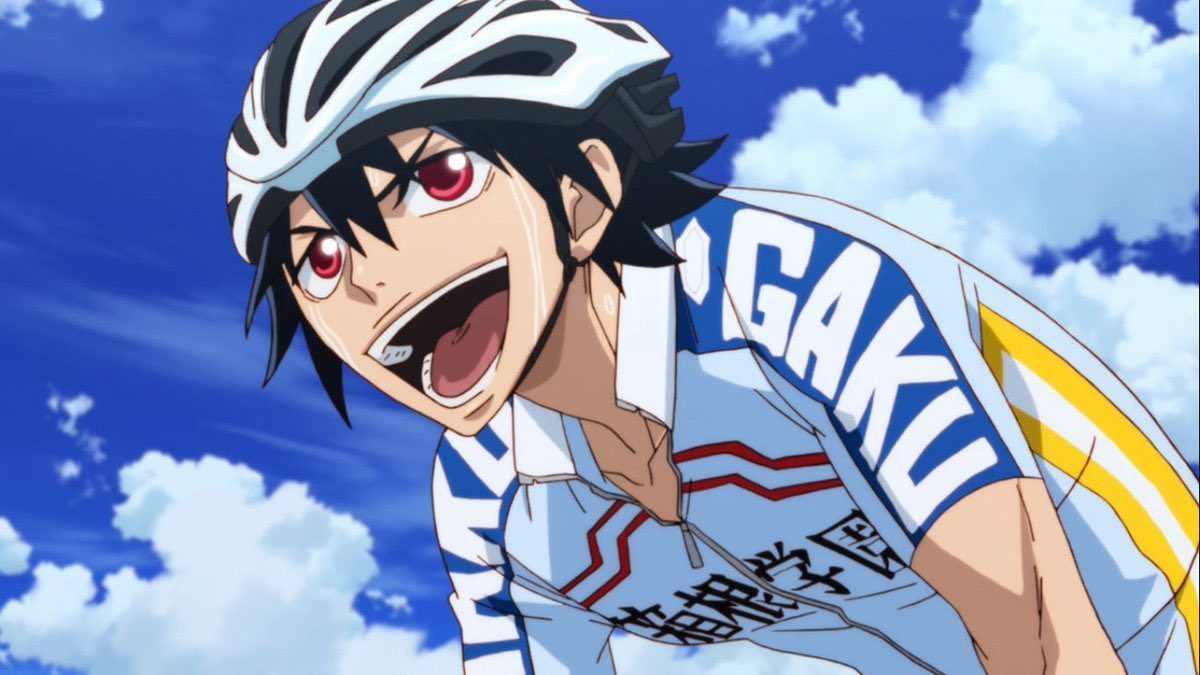 Also Read: How To Watch That Time I Got Reincarnated as a Slime Season 2 & Episode Schedule 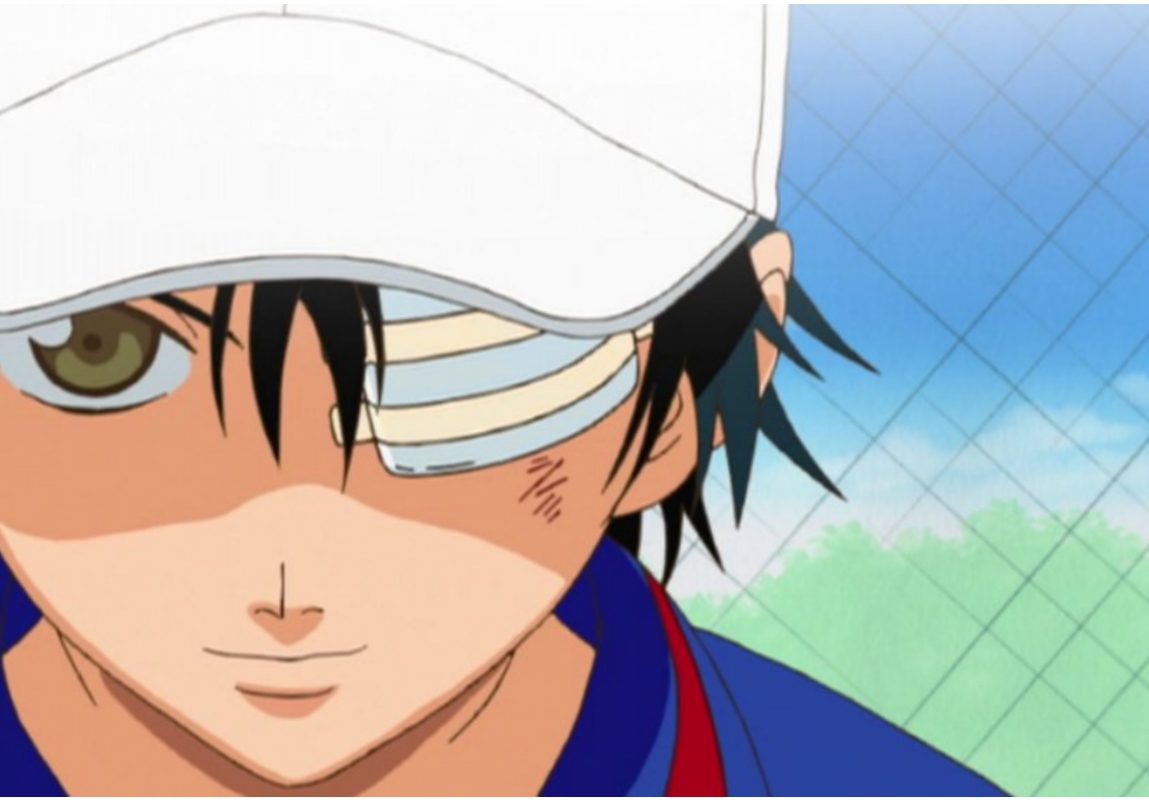 The anime received many bad reviews initially, but eventually, a lot of people came forward, dropping positive reviews as well. Hanebado is a story about finding the lost love for a sport. The anime features strong girls who compete with each other and exhibit their passion for badminton. Hanebado is animated very well and gives a good look into the realistic struggles of players. The effect of loss and resuming from it are two very important issues that the anime discusses and needs to be praised for. Not all action sequences are believable, and some are exaggerated at times. Nevertheless, the anime overall is quite fun to watch and definitely one of my favorite sports anime. 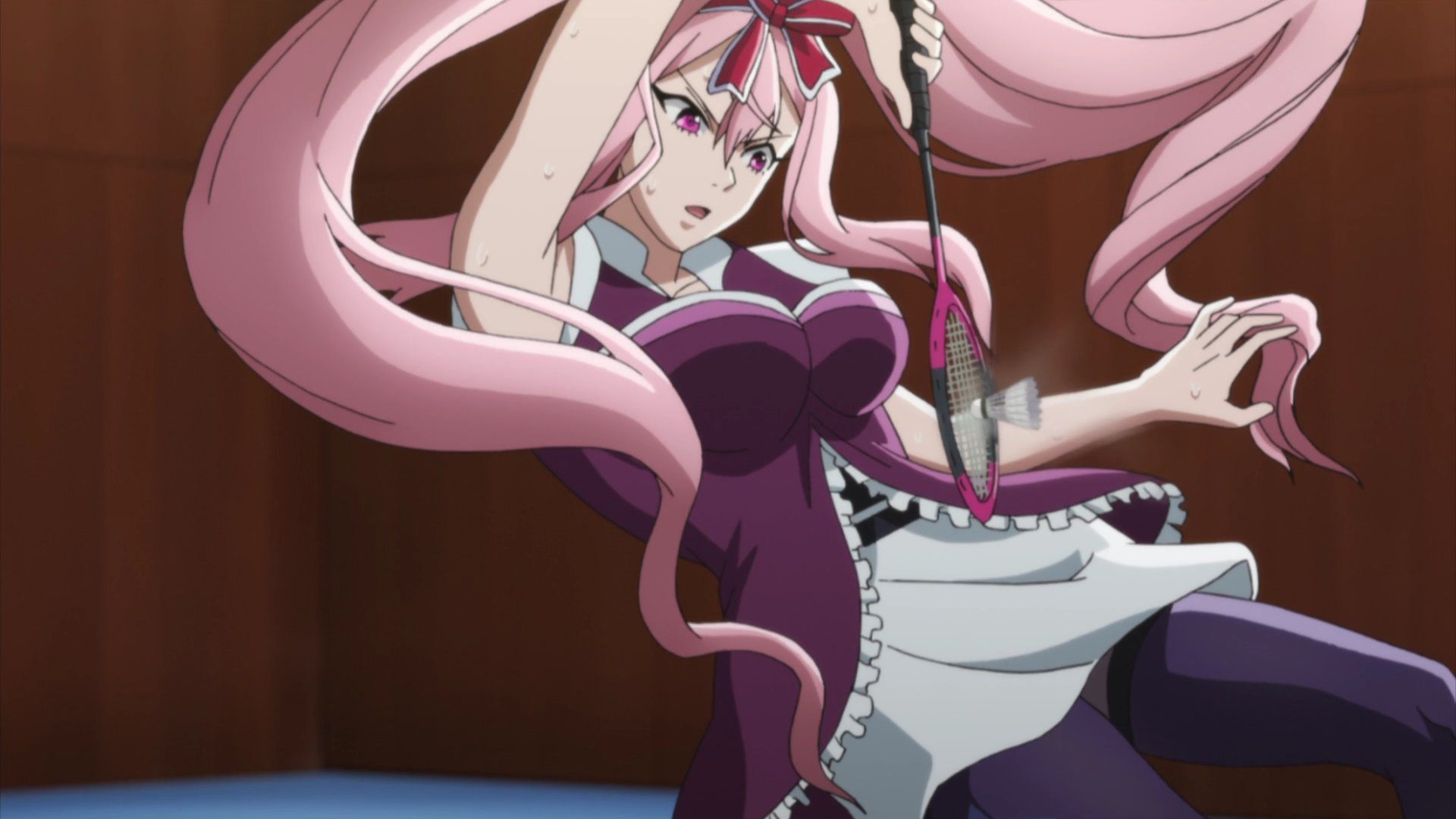