Most Adorable Characters in Jujutsu Kaisen.

The characters in Jujuktsu Kaisen became popular after the release of the first few episodes of the anime. Characters in Gege Akutami’s story are overpowered. We have seen them fight with full valor and end huge cursed spirits in snaps (yes, I’m looking at you, Satoru). But was it just their overwhelming strength and abilities that brought about this hype? Well, yes, but also no. Characters in Jujutsu Kaisen are simped for because they are just so cute! And it’s simply not just about how they look but about what they say and their personality overall that has fans daydreaming about them. There were some of the most adorable characters in Jujutsu Kaisen. They took up the spaces of thousands of anime fan pages as fan arts. These characters filled in so many colors to the anime that it feels so wrong to not appreciate them more!

Gege Akutami’s manga came out back on 5 March 2018. There aren’t too many characters in their story, but every character is given a lot of attention and growth. This is probably one of the most amazing parts of the manga. Because of this, even the worst characters are difficult to dislike. We are given their history, and when we are not, we are handed their clever traits and occasional cute panels that immediately make us want to fawn over them.

Here is a list of the most adorable characters in Jujutsu Kaisen that had our hearts melting. The list is not ranked because their cuteness just cannot be compared! Some of the characters are from the manga, so if you haven’t read it, you can catch up with it on Viz Media or Manga Plus app.

The Principal of Tokyo Jujutsu High seems sturdy and buffed up. But, his curse technique leads him to make some of the most adorable dolls. Masamichi looks like the cutest but biggest baby as we see him make cute dolls. Especially when we see how small the dolls look in his hands! Like Itadori, our first impression of him was ‘an old man making cute thing!’. In his introductory scene, we somewhat already know we would love this character given he was seated amidst a bunch of cute dolls. 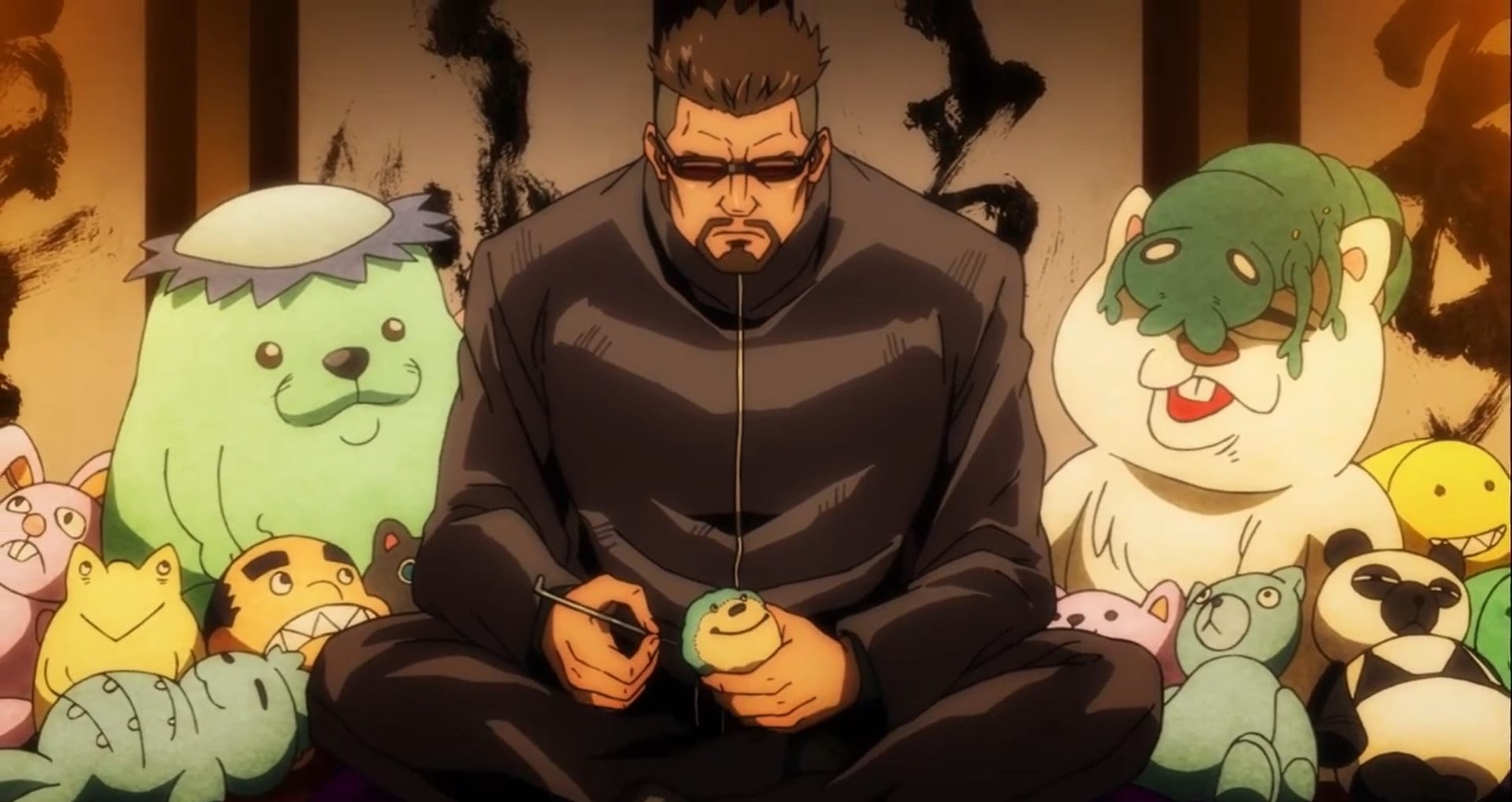 What makes him even more adorable are the scenes when he would get angry because of Gojo. Most of his scenes from the first season were comedic. Of course, there are cuter characters that we will be discussing ahead, but he definitely cannot be left out of the list for the most adorable characters in Jujutsu Kaisen. He is mostly depicted as a man who is either annoyed by Gojo or carrying a serious face. But even amidst those, he ends up giving out the fluffy vibes that make us smile!

Cuteness can be found anywhere in Jujutsu Kaisen, even in one of the most extreme side characters. If fans have forgotten, Kiyotaka Ijichi is the Assistant Director at Tokyo Jujutsu High. He often leads students to the destination of their missions. He is often yelled at by many of his superiors, and so he is always shaking with nervousness. When alone, he rants about his annoyance towards Gojo. It is often comedic, but his illustrations are always adorable. He has a somewhat childish side to him despite his old age.

I can find multiple scenes where I have laughed as I watch him, not only because the scenes were funny but also because he was an absolute sugar-plum when he showed up. However, that one time he blushed with happiness because Shoko praised him and dissed Gojo is undoubtedly my favourite Kiyotaka Ijichi moment.

**Spoiler Warning: This part has not been involved in the anime and is from the manga. Read at your own risk!

Choso starts off as an antagonist who also takes part in the Shibuya Incident, standing on Pseudo Suguru Geto’s side. After the death of his brothers, he sought revenge against Nobara and Itadori. What makes him adorable enough to be on this list is what he does after realizing that Itadori is his brother. I love the elder brother energy he emits towards his younger brothers. It was adorable how he was ready to fight Pseudo Geto for Itadori. Moreover, after the Shibuya Arc, he tells Itadori to not worry about him, which gains him further love points from his fans.

There were these little moments where he ends up winning the hearts of many. For his cute brotherly love, Choso is indeed one of the most adorable characters in Jujutsu Kaisen. 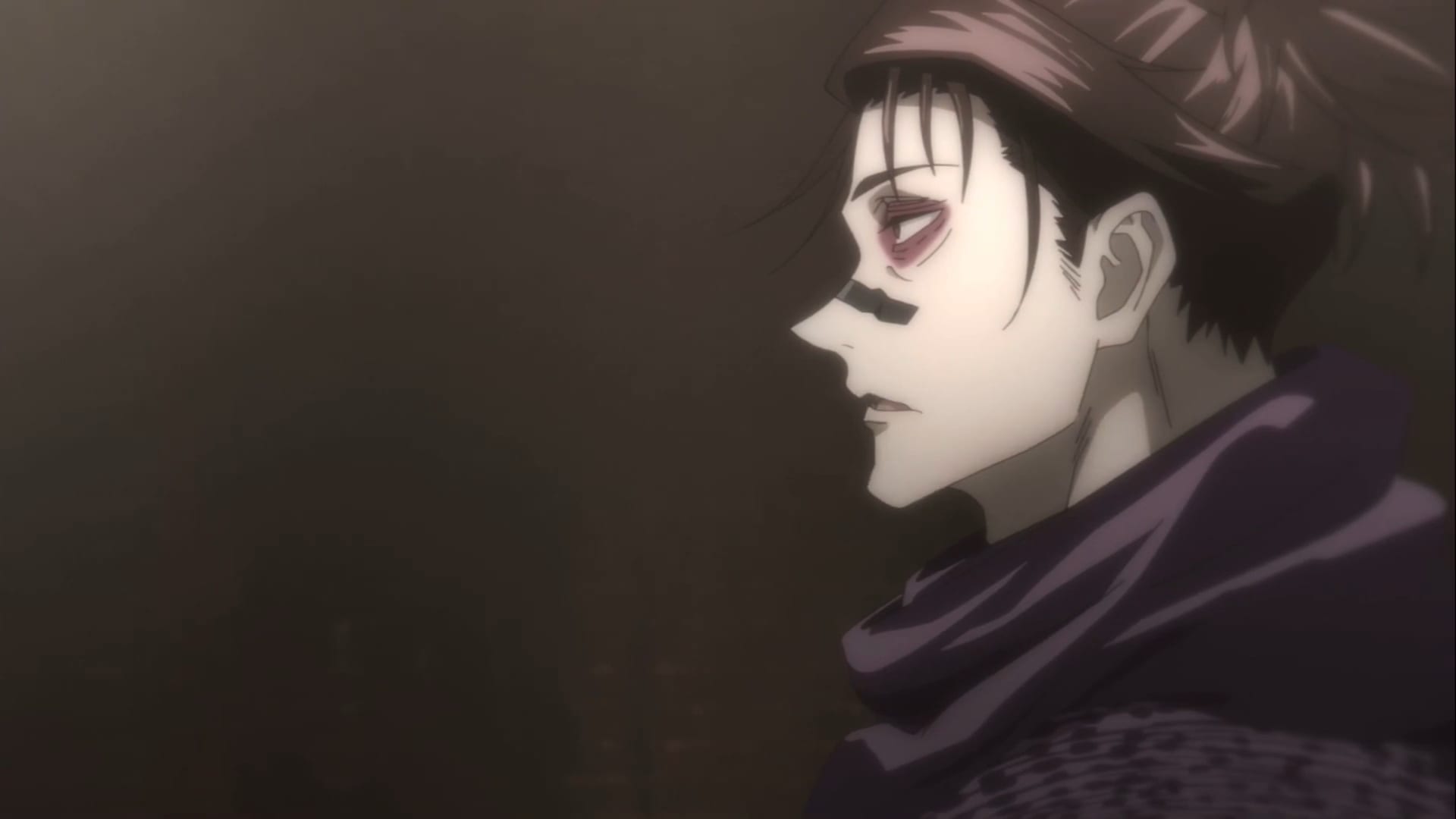 Also Read: Preview and Spoilers: That Time I Got Reincarnated as a Slime Season 2 Part 2 Episode 13

Miwa goes to Kyoto Jujutsu High. We first saw her in Yoshinobu Gakuganji’s office. She is probably the most relatable character for every Gojo simp out there. Miwa dashes out to get a picture with him, much like how any of us would react had we seen him. Also, she is clumsy at times, forgetful, and very kind. Miwa is definitely one of the nicest girls in the series, and let’s admit that she is absolutely adorable. After her Katana is taken away by Maki during their duel, she stands where she was, singing her defeat in a depressing tone.

While her face radiates cuteness, her actions also make her one of the most adorable characters in Jujutsu Kaisen. She easily ranks up in popularity too with her very likeable personality.

Panda was created by Masmachi Yaga. Being adorable himself, of course, he would create someone as cute as Panda! Panda has brute strength, but deep inside, he has the softest heart. Be it in the Juju Stroll videos or during the original series, the character overloads our senses with the fuzziness of his cuteness. Pandas in general, are hard to dislike, and even if he speaks, Panda ends up being just as adorable as any other regular panda. It’s almost unfair for Gege Akutami to create such fluffy characters that continuously make us want to hug them up.

It is difficult to select a single scene of Panda’s cuteness because he is cute almost all the time. But if I had to choose one, it would be the one when he angrily blurts out his love for bread against rice.

**Spoiler Warning: This part has not been involved in the anime and is from the manga. Read at your own risk!

When I say Suguru Geto, I mean Gojo’s best friend, who died years back. Not the pseudo-Geto who has taken up his body. The character was poised and calm, but when he was with Gojo, his cute side showed up. In Jujutsu Kaisen 0, he appears as the villain, but in Gojo’s Past Arc, we see him for who he was and how he turned into the antagonist. Geto was one of the most adorable characters in Jujutsu Kaisen until the evilness of the world woke his darker side.

Before that, he was humourous, he was competitive, and very sympathetic. There are multiple panels that make you realize that Gege Akutami had made him with a lot of love, which makes his end even more tragic loss.

Also Read: One Piece 1018 Spoilers Out: A Step Closer To The End

If it wasn’t for Inumaki Toge, I doubt any other character could have dominated the popularity polls by using only Onigiri ingredients for conversations. Inumaki’s presence on the list of the most adorable characters in Jujutsu Kaisen was a given. He had to make it to the list because without him, this list would be so empty. He has been an absolute cinnamon roll since the very beginning. Ever since he was introduced in the Jujutsu Kaisen 0 manga, he shone bright even when he stood next to Panda with a blank face.

It’s really difficult to pinpoint only a single cute quality in the character. When he coughed blood from overusing his cursed technique, we could hear his fangirls screaming through their Twitter posts. Also, Inumaki in a skirt screaming ‘Mustard Leaf’ is something any Inumaki simp would watch in a loop for hours.

Being the protagonist, Yuji Itadori is built way different from generic protagonists. Gege Akutami takes panels to make sure he looks cute even when he is being absolutely ridiculous. He is immature at times and completely serious at other times. When he is with Nobara, he becomes the cutest being we could stare at for hours. To be honest, there are so many cute panels and scenes of him that I doubt that there is anyone who does not see his adorable nature.

Protagonists make most parts of a show. Jujutsu Kaisen created not one but multiple likeable characters, which contributed undeniably towards its success. Yuji’s innocent and friendly personality is very charming. He is always energetic and bright, the traits that involuntarily attract everyone towards him; whether it’s someone who is in the show or someone who is watching him on a flat-screen.

Also Read: To Your Eternity Episode 13 Delayed Due To Weekly Break

Nobara is every bit of what we love in a shonen main character. She is goofy and, at the same time, overpowered. She is confident about herself all the time and also stands out with her witty remarks. There’s nothing to dislike about her. She stands next to Itadori, accompanying him being this crazy character that makes us fall for her over and over again. Gege Akutami’s art further intensifies on her cuteness, repeatedly reminding us to adore her.

I feel that Nobara is a very precious character. As someone who loves strong female protagonists, Nobara Kugisaki takes the cake for being such a versatile character. She is just plain stupid at times and absolutely brutal too. Instead of making her a generic blushing character, I love how Gege Akutami chose to shape her. 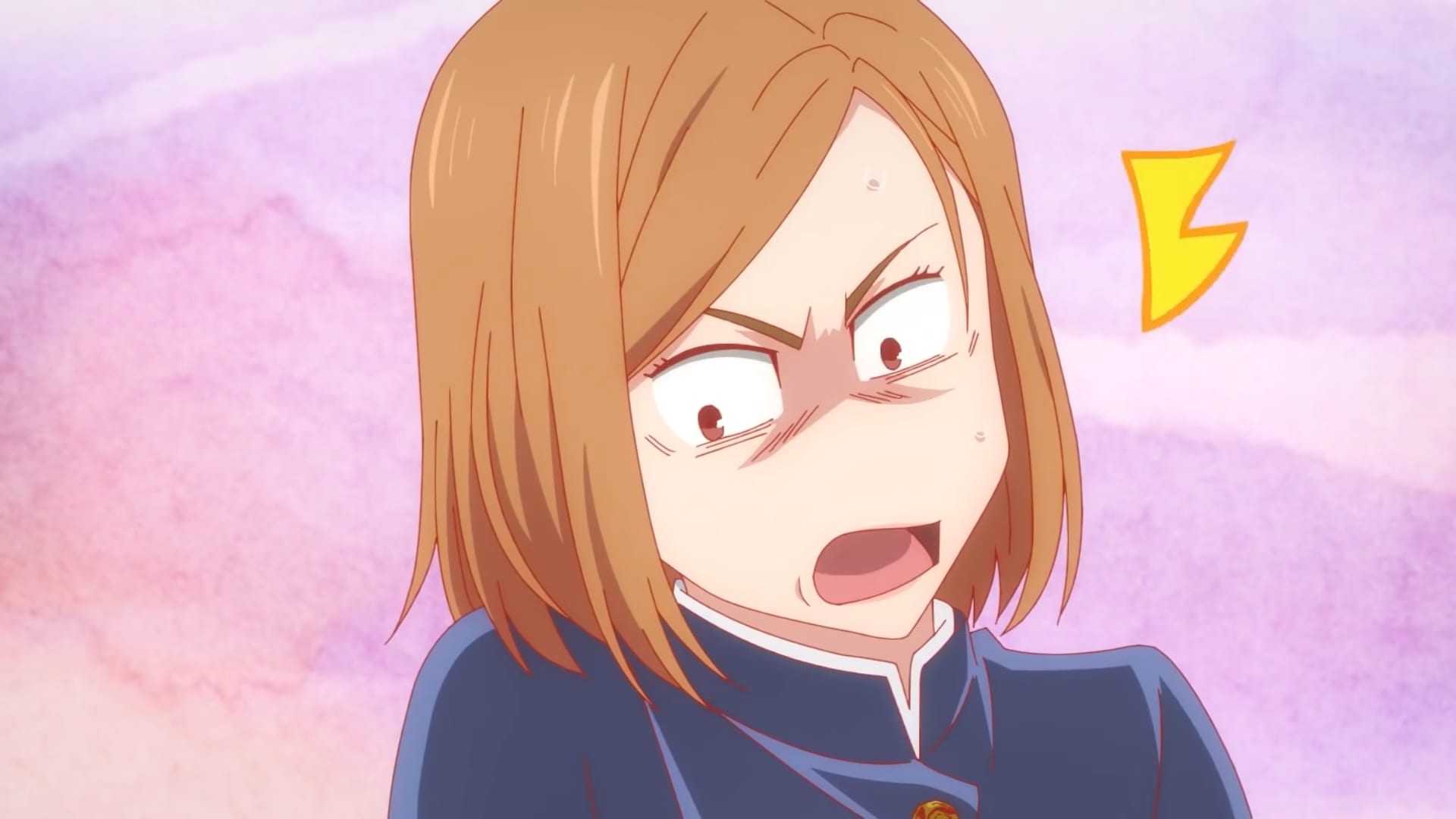 Placing Satoru Gojo in the list of the most adorable characters in Jujutsu Kaisen does not even come off as a surprise. Anyone going through the list with even a little knowledge about the show already saw his name coming up. For the most part of the series, Gojo was either annoying some other character (be it one of the villains, higher-ups, colleagues, or students), or he was flaunting his limitless powers. But in both cases, he was being an absolutely precious cutie that we would love to stare at for the rest of our lives.

In multiple scenes, he would send us a sugar rush through our head that would lead us to curl up in our beds while smiling like a maniac thinking of a two-dimensional character (true story there!). More than his six eyes, his overpowering cuteness will someday be the end of us, Gojo simps.