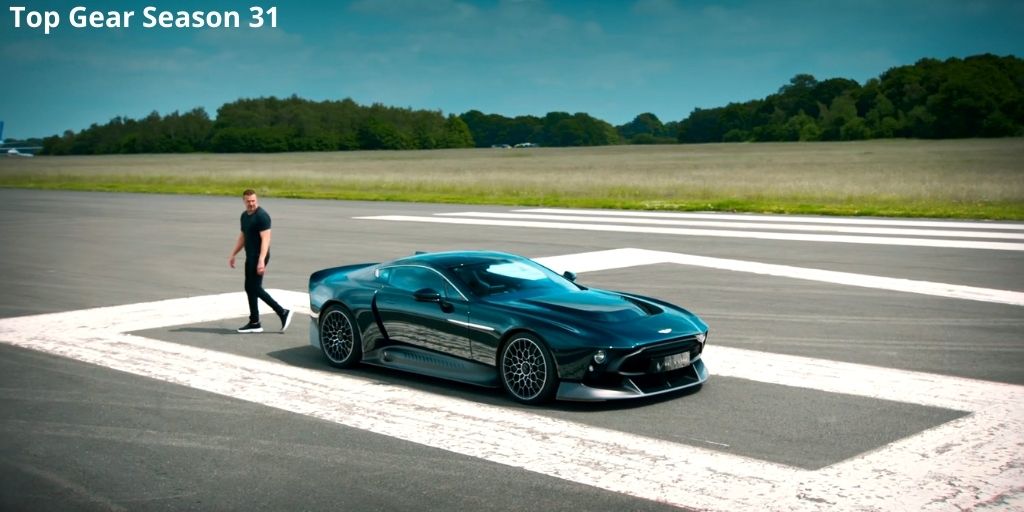 Yet another legendary car is making its way to the show on Top Gear Season 31 Episode 5. Meanwhile, the previous episode took us back in time with the DeLorean. We saw how the greatest car of all time became a victim of bad luck, bad decisions, and a bad boy boss. On the other hand, we saw a beast of a car from the side of Aston Martin. In addition to that, this car was not just any other sports car but was a supercar that you cannot even buy now.

Then, we also saw our Top Gear presenter get his racing driver’s license for the first time. However, it was not at all easy to get there as he had a very short period of time to train for that. Moreover, he even got to team up with Chris Harris at the championship race. But the question was, how did they perform at the track? The British television series follows up the genre of automotive entertainment and is a huge hit all around the world. The show first came out on 20th October 2002 after the original show of the same name was canceled in the year 2001.

Although, after getting a new format the show became a huge deal once again with presenters like Jeremy Clarkson, Richard Hammond, and James May. The three presenters took the show to great heights and success. Although, they finally left the show in 2015 and the series saw several other presenters over the years. However, the current presenters include Chris Harris, Andrew Flintoff, and Paddy McGuinness. Whereas the show is currently going on with the thirty-first season and the fans are eager to watch Top Gear Season 31 Episode 5. But first, let us take a recap of the previous episode. 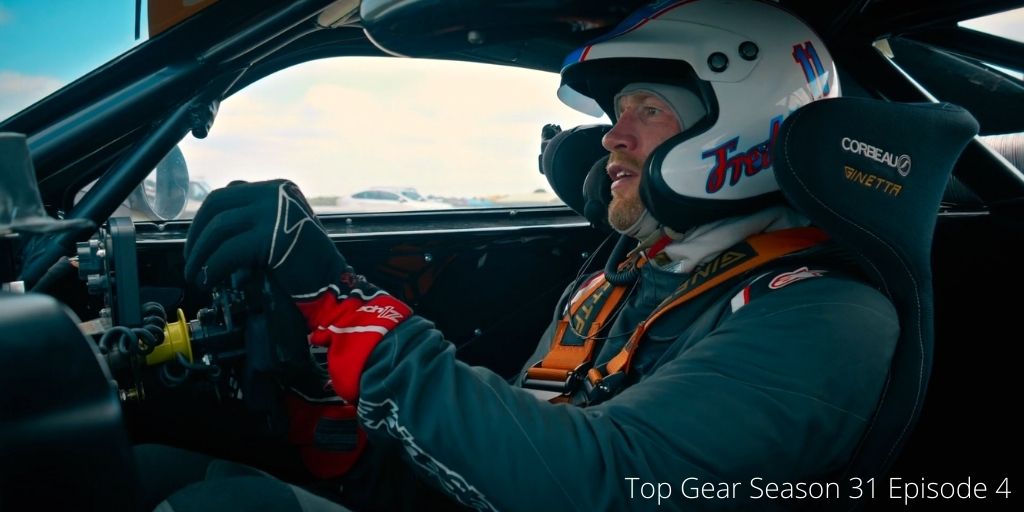 Episode 4 of Top Gear Season 31 came out on 5th December 2021. The episode kicked off with a review of the Aston Martin Victor by Paddy McGuinness who got lucky enough to drive a rare brutal supercar from Aston Martin. As Paddy went ahead to drive the car, he was astonished by the brut force it was putting out. The car has a 7.3-liter V12 engine with an amazing 836 horsepower. Furthermore, what makes it more special is the fact that it is the only one Aston built in the whole world. It looks and feels like the perfect mixture of a muscle car and a futuristic car. After burning the tires on the track, it was now time for Andrew Flintoff to take us through his journey of getting his racing driver’s license.

We first got to see how Andrew had only two days of time to get up to speed and learn the skills of driving a race car. He first trained at Blyton Park with top trainer Mike Simpson in order to get ready for his driving test. Eventually, with a lot of practice and consistency, he managed to pass his driving test at the Donington Park race track and the theory test as well. Although, the next big challenge was to race at the Snetterton race track in the GT Cup championship. Even though Andrew and Chris’ team couldn’t finish up the race as the car malfunctioned just before a few laps remained, Andrew impressed a lot with his skills and progress. Now, it was time for the third segment and probably the most awaited segment of the show. In the limelight, it was the time machine itself, the DMC DeLorean.

The car was celebrating its 40th anniversary and it was a no-brainer that it had to be the star of the episode. Chris went on to tell the story of John Zachary DeLorean who went on to build this forever living car. Moreover, it still is the only car ever to go from prototype to production in just two years. However, this car fell short of what John had dreamt of when it hit the market. Moreover, the car had a whole lot of flaws. In addition to that, it was as expensive as a Porsche 911 at the time. In addition to that, the world market went down in the year 1981 when this car came out. All of this became the demise of this car. However, if the hit movie “Back To The Future” had come out a year earlier, it might have just saved the company since the car became the biggest hit with that movie.

“Top Gear Season 31 Episode 5 will release on 12th December 2021 at 8 pm on BBC One in the U.K.” Meanwhile, the next episode will see our presenters trying to find the best first cars for some new drivers. The next episode will feature some old cars like Lada Niva, Volkswagen Beetle, and MGB GT. On the other hand, the Lamborghini Miura will take the spotlight when Chris drives it. So stay tuned for that.