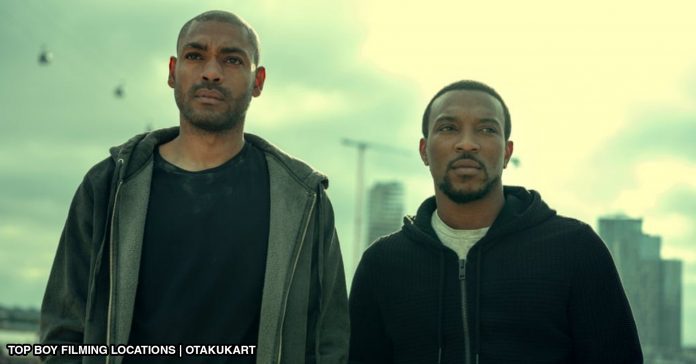 Top Boy is a popular television series in the limelight for its storyline and concept. Moreover, fans have been looking forward to knowing more about all the inside details of this show. This crime drama became a very sensational topic, and it also received mixed reviews in the first place. As of now, viewers are looking for more information on the filming locations of ‘Top Boy’. The best part about this show would be its ability to cover up all the details within a limited time. The story is pretty speedy, and the creators made sure that the viewers won’t face any issues with unexplained theories and fillers.

Because of its rising popularity, the show made its way to Netflix from Channel 4. Moreover, people are enjoying the storyline of this show, and guess what? Their responses are mesmerizing. Due to its pace, almost everyone is binge-watching this show. Well, this explains the enthusiasm to know about ‘Top Boy’ and its filming locations. As of now, the show is currently is Netflix. Since Channel 4 decided to drop the show. Apart from everything else, the acting skills of all the lead characters were beautiful since everyone portrayed original emotions.

When it comes to the storyline of this series, it is quite complex yet pretty interesting to watch. From the very beginning, you’ll be confused with the proceedings of this show because you’ll encounter several plot twists in every scene. And this indeed makes everything even more interesting. Speaking of this series, the story surrounds the life of British Jamaican families. Well, another significant part of this series would be its ability to highlight the problems of other people’s lives.

Ra’Nell is living among the individuals of the Summerhouse estate. Moreover, this has massively affected his personality. People often judge him for his decisions, and this also included his father’s death. Ra’Nell gets into a lot of illegal work to support himself. Another interesting fact about this series would be its way of depicting things. Even though the concept is confusing, the creators didn’t extend anything and kept all the points ahead without dragging them along the way. Moreover, it is pretty clear that Ra’Nell just stepped into the drug business. Well, once you get used to it, you can’t come out of it.

Little did you know that the entire story is fictional, but still, there is originality in the context of this show. And some creators refrain from depicting such sensitive topics so boldly. But this context is the main highlighting point of the Top Boy series. The majority of the interest peeked through their way of bringing out the drug angle into the story. However, the movie doesn’t reflect upon the life of a single individual. Well, It pulls out a connection between different individuals who are amidst the crisis of drug addiction. And guess what? With each passing season, the whole plot becomes even more interesting.

Speaking of the filming locations for this show, the creators made sure that every location played a significant role in maintaining the authenticity of this series. If you look at this show carefully, you’ll know that all the locations were from East London since the entire story is about the families of Britain. Moreover, there is no such place as ‘Summerhouse’. The creator of this series made use of fictional places. But still, the characters were precisely following the filming sessions.

To be more precise, there’s another housing estate in East London, and that is known as the Samuda Estate. It is near Cubitt Town and the Isle of Dogs. This particular place was used as a replacement for the Summerhouse estate. Moreover, to make the locations even more admirable, the makers had different places in their minds. Almost the majority of the popular spots in London became a part of the Top Boy franchise. As of now, the previous season just premiered on March 28, 2022. But guess what? Fans are desperately waiting for another season as it might break several records.

Also Read: Sound of Freedom Filming Locations: All About The Biographical-Action Drama