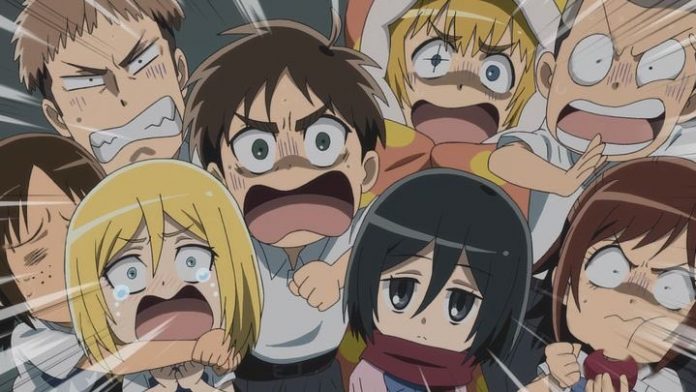 Often, you might find yourself enjoying a show some time and falling in love with its characters and stories. After all, anime is not just about the main protagonist but also of everyone who surrounds them. If you are such a person for whom the main show is just not enough, we have prepared a list of the best anime spin-offs worth watching that you may be interested in.

Spin-offs are a great way to the side away when you need a break from your main show (especially if it is an intense one) and just simply enjoy your favorite characters doing short skits. If you are someone who enjoys such shows or is just a slice-of-life enthusiast, we bring to you some of the best anime spin-offs that could easily fill up the time you spend waiting on the next episode of your favorite anime.

1. Rock Lee And His Ninja Pals

Rock Lee And His Ninja Pals is a spin-off of the Naruto franchise but is concentrated on the life of Rock Lee – the beloved ninja with his way of the taijutsu. The anime is in chibi style, and it has small skits involving Rock Lee and his friends – Neji and Tenten being the ones who accompany him in most of his adventures.

Rock Lee And His Ninja PalsThe series is fun to watch as it shows a lot of comedic events and is a breather from the intense journey of Naruto. People also love this show for the fact that they get to see more of one of the most underrated characters, Rock Lee. You can catch this adorable mini-series on the popular streaming site Netflix as well.

Attack On Titan has many spin-offs, but the best one would probably be Attack on Titan: Junior High. It is a small series in the chibi art style based on the plot of the manga of the same name. Everything is a parody of the otherwise very dark show, and it shows the characters in slice-of-life episodes. The best part about it? It gives a separate life to our sad characters suffering from the reign of the titans.

In addition, Sasha, Betholdt, and Ymir are also alive and happy as they deserve to be. Overall, it’s a fun watch that you will not regret picking up – especially since your favorite show keeps killing its characters. For fans of Levi – spoiler alert – there’s even a small band performance by him and his beloved partners Mike and Hange!

Many may not know this, but the underrated Studio Ghibli film, The Cat Returns, is actually a spin-off of about Ghibli film, Whisper of the Heart. The character Baron has become a favorite of many fans, which is why he is the central hero of this spin-off movie. You do not need to watch one to understand the other, and The Cat Returns is one of the shortest Ghibli movies. Hence, there is no reason not to pick it up.

The plot is an Alice in Wonderland-like tale about a girl named Haru who saves a cat and is unwillingly pulled into a mess involving the whole cat kingdom. A must-watch if you are a cat-lover or Ghibli enthusiast or just in for a quick movie.

4. The Disappearance of Nagato-Yuki Chan

Popular anime series The Secret Life of Haruhi Suzumiya featured a shy and mysterious character, Yuki Nagato, who was also the president of the school’s literary club. The spin-off, The Disappearance of Nagato-Yuki Chan, is centered around her and follows the same odd/supernatural storyline that the main anime follows.

The Yuki-chan in this spin-off is, however, the normal, human version of her. Hence it is more light-hearted. It is also non-canon, so you can easily enjoy the movie without trying to connect the dots between this and the plotline.

Popular Seinen series, Bungou Stray Dogs, is known for its many spin-offs, but the most recent one, Bungou Stray Dogs Wan! had been the topic of discussion last year. It is another chibi-style spin-off and follows the daily lives of the Armed Detective Agency and Port Mafia as they interact with each other and about their daily businesses in a comedic manner.

There are random skits as well when the characters decide to roleplay a kindergarten, a high school, and even dogs in the very first episode! It is entertaining to watch and lasts just 10 minutes, making it an easy watch and one of the best anime spin-offs. In fact, with such a short time, you might even want more!

The mega-franchise Dragon Ball Z is a household name because of its amazing plot and characters that stayed with us. Hence, there are many side stories and spin-offs of the same, the most popular one being Dragon Ball Z: The History of Trunks. It delves into the life of Trunks, where he is trying to rise up as a hero after Goku and many other characters have passed away.

It is also a canon story, so many DBZ fans watch it in general. The special is only two episodes long. Hence you can watch it as a side story anytime you feel like you want to know the Dragon Ball Z universe even more.

Many fans have explained how Cells At Work has changed the perspective they have on the human body and its functioning. A lot of them have, in fact, felt amazed but also worried at how fragile the human body is and how risky it can get. If you are one of them, you should definitely check out Cells At Work: Code Black.

The side story is set inside a stressed and unhealthy human body and takes a darker tone on how bad mental health and habits can ruin your functioning. It tells us about how substance abuse works and how harmful some things can be to our lives. Hence, making it one of the best anime spin-offs worth watching.

This spin-off is for fans of the Isekai genre. Since most of them follow the same plot of a hero entering a random new world (almost always inside a game), Isekai Quartet too begins with such a scene. The main protagonists of Overlord, Konosuba, The Saga of Tany the Evil, and Re: Zero all press a button and land in the same universe!

Just as we enjoy the collaboration of our favorite artists, a crossover episode of all these amazing Isekai protagonists is definitely a fresh concept that should happen more in anime. What’s more, all these heroic characters that escape their own worlds somehow attend school normally in Isekai Quartet!

This spin-off is a separate one with completely new characters different from the original Sword Art Online. The protagonist of Gun Gale Online is Karen Kohiruimaki, who, just like Kirito, enters the world of the game of the same name. In real life, Karen is insecure about being a tall girl. Hence she lives her fantasy of being a cute girl through this game.

The series, like its name, is an alternative to Sword Art Online, and you need not watch Kirito’s story to understand Karen’s. If you are more interested in the Gun Gale plot, you can easily pick it up as it is a fresh, new take on the Isekai genre and one of the best anime spin-offs out there.

Also Read: Most Popular Manga Authors And Their Masterpieces 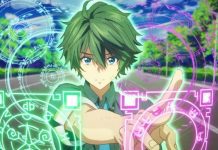 Ecchi Anime Where The Main Character Is Overpowered