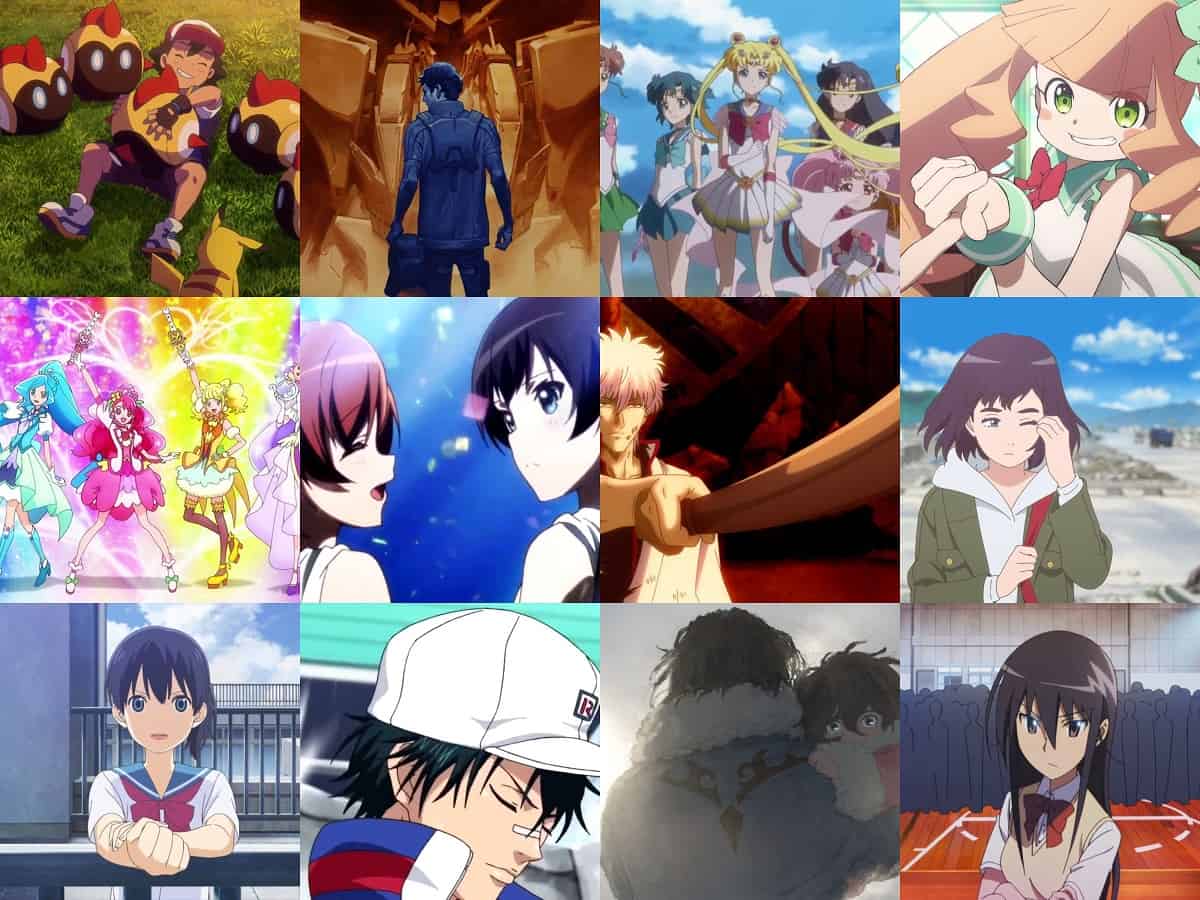 Ah, with the arrival of the new decade, the movie prospects keep getting better! The upcoming Anime movies of 2021 are so fresh and stirring that they will surely make you salivate with anticipation and expectations – we cannot wait to see them! We will be served a whole platter full of different genres starting from romantic comedies to thrilling science fiction.

Here is the list of the top four upcoming Anime movies of 2021 that we are eagerly waiting for.

The latest and the third movie in the ‘My Hero Academia’ movie franchise is titled ‘My Hero Academia The Movie: World Heroes’ Mission.’ This superhero fantasy is expected to be released this summer, in Japan, on the 6th of August, in 2021. The first two movies showcased the close bond between Izuku and All Might, and it also revolved around Izuku and Bakugou’s rivalry. On the other hand, it came as a shock to all of us as we found out that the third movie is about Izuku, who is wanted for mass murder.

A secretive and evil group called the “Humanize” is out to eradicate “individuality” holders in the entire universe, or other words, Quirk users. They feel that Quirks have, apparently, removed human history and are living on earth as a form of the disease. Henceforth, they plant bombs all over the world to demolish these Quirks. Heroes from all around assemble to make the ‘World Selection Hero Team,’ which obviously includes Deku, Bakugou, and Todoroki, to stop the Humanize from committing such gruesome, merciless murders.

The film is being directed by Kenji Nagasaki and supervised by Kohei Horikoshi.

Yes! You heard it right! The ‘Jujutsu Kaisen 0’ movie has been confirmed to soon be in production. The film is expected to be premiered in the Winter season of the next year (2022), but a particular date has not been officially announced or decided on yet. It has been affirmed that ‘Jujutsu Kaisen 0’ will be the prequel story to the Anime series ‘Jujutsu Kaisen.’

The storyline focuses on a little boy named Yuta Okkotsu. Yuta joins Jujutsu High and starts training in Jujutsu sorcery with his new friends from the school. Little does he know that he is being haunted by a friend of his called Rika. Rika is seemingly dangerous as she has been cursed to kill anybody who appears to be a threat to Yuta.

Sunghoo Park is directing the film.

The latest ‘Nanatsu no Taizai’ movie has been officially announced to be released in the Summer season of Japan, in 2021. It is titled ‘The Seven Deadly Sins: Cursed by Light.’ To be more specific, this thrilling fantasy will be launched on the 2nd of July, 2021.

Not much has been disclosed about the plot of this film, apart from the fact that the familiar cast will continue working for the sequel, along with the gorgeous Misaki Kuno, Aoi Yuki, Tatsuhisa Suzuki, and Jun Fukuyama. The crazy, dangerous action and the unbreakable bonds between friends will come alive on the big screen. Stay tuned for more information about ‘The Seven Deadly Sins: Cursed by Light’ and keep checking our website for more updates!

Takayuki Hamana is directing the film. 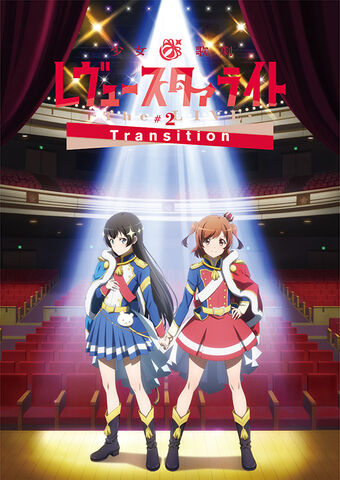 On the 3rd of November, 2019, it was reported that the ‘Revue Starlight’ Anime series would have two movies made based on it. The first movie is called ‘Rondo Rondo Rondo.’ It was supposed to be premiered on the 29th of May in 2020 but was instead released on the 7th of August in 2020 due to the Corona Virus pandemic. The latest upcoming film called ‘Review Starlight’ (it has been named after the Anime series) will launch on the 21st of May, 2021.

This upcoming theatrical is about two girls who have their fate, and destinies get exchanged. Will the two eventually meet, or will one of them continue to stand on the stage of tragedy while the other jumps in and gets separated while rewriting her own destiny? Will they be able to create a new chapter full of warmth and sunlight, or are they destined to deal with the harshness of the cold Winter?

Tomohiro Furukawa is directing the film.

‘Detective Conan: The Scarlet Bullet’ is the 24th film of the movie franchise. It is a mystery-solving movie based on the ‘Case Closed’ manga comic written by Gosho Aoyama. The film was expected to be released in April 2020 but was pushed back due to the Corona Virus Pandemic. Now, ‘Detective Conan: The Scarlet Bullet’ is set to be launched on the 16th of April, in 2021.

World Sports Games is one of Japan’s biggest sporting events which is, by chance, being held on the same day and at the same time as the world’s first vacuum tube, superconducting, the linear train is about to run. The train is supposed to run to the Tokyo Station from the Shin Nagoya Station. Suddenly, an unfortunate occurrence occurs when many important executives get abducted from one of the parties held at the Sports’ event. Detective Conan is called to solve this strange case.

Chika Nagaoka is directing this film.

The setting of the movie takes place in outer space, and the plot revolves around the story of a Garde ace pilot named Nagate Tanikaze. He fights against a species of aliens called “Gauna” and eventually becomes really good at defending himself and others from them. The movie slightly differs from the manga series and showcases how a decade has gone by, but the aliens have shown no signs of attack. Nagate is known as a hero by all. Nonetheless, one cannot be at ease knowing that deadly alien species are lurking around who can kill and attack at any moment. Hence, the people of Sidonia make it their duty to protect themselves and their loved ones from the Gauna.

Hiroyuki Seshita is directing this film.

‘BanG Dream! Film Live 2nd Stage’ is a musical movie with its own Anime series and manga comic written by Kō Nakamura. The beautiful movie is scheduled to be released on the 20th of August, in 2021.

‘BanG Dream! Film Live 2nd Stage’ is about a girl named Kasumi Toyama who is just a school student. One day, she finds herself at a pawn shop owned by her classmate named Arisa Ichigaya, where she decides to buy a star-shaped guitar. The two then decide to create a band, and so they start recruiting girls from their class. They ultimately form a band called the “Poppin’ Party.” The main plot of the film focuses on the fun and exciting adventures that Kasumi has after forming her own band.

Tomomi Umetsu is directing this film.

‘Mobile Suit Gundam: Hathaway’s Flash’ is an upcoming movie that is a part of an Anime film series. It was going to be released on the 23rd of July, in 2020, but it has been postponed to be launched on the 7th of May in 2021 due to the Corona Virus Pandemic.

After the Republic of Zeon’s autonomy gets destroyed, it is announced that the whole world will be at war. The system starts breaking down as the Earth Federation Government starts enforcing a lot of power onto others. By taking advantage of their position and power, the Federation officials start transporting to different residents in the outer space to get away from this war and the process of “Manhunting.” To free the world from this war and stop the spoilt system of the government, a secret society called “Mufti” starts operating. Shuko Murase is directing this film.