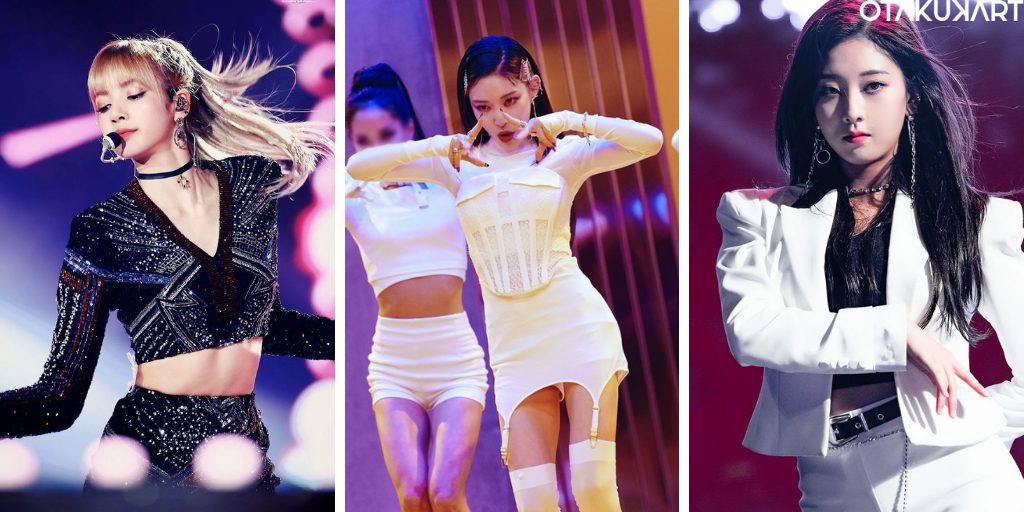 Who are the best third-generation Female K-pop Idol dancers in the industry, you ask? K-pop female idols are a force to be reckoned with. For years, they train hard and then unleash their talents on stage. Their talents range from singing, dancing, rapping, and performing. These women can literally dance on pencil heels, which already proves that they are absolutely incredible. Yes, they are out-of-the-world pretty, but most of them are really beautiful from the inside as well! Their adorable and kind personalities just make us love them even more.

We will be starting this list with the vocal-queen SinB. Other than for her vocals, SinB is also known for her dancing skills, often being called a dance machine by her fans. During her two years of training in Big Hit Entertainment, SinB had been popular for her dance move even back then. And as a member of GFriend, people would start screaming with excitement when SinB started doing the dance breaks. Unsurprisingly, she became the main dancer once again when she re-debuted with her fellow members Eunha and Umji as VIVIZ. Over the years, SinB has proved her dancing abilities again and again! 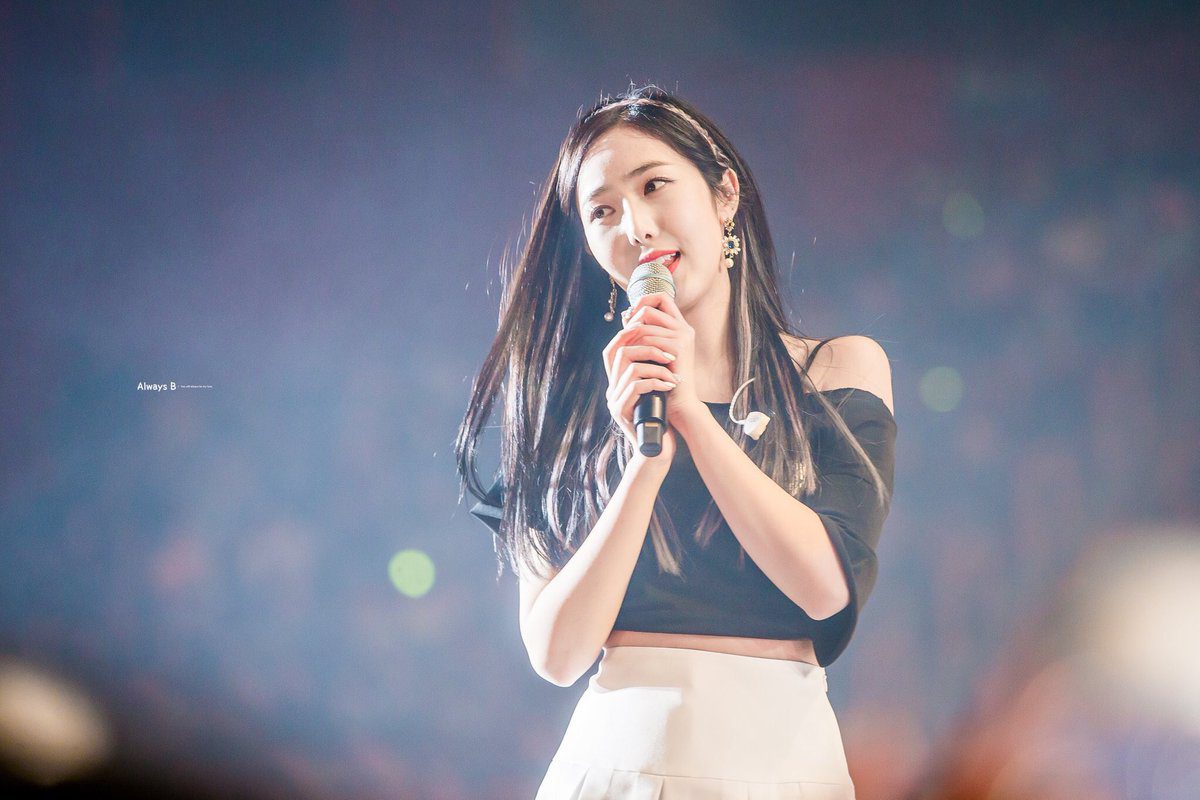 Fans can not stop ranting about how underrated Sua as a dancer is. She is got everything. From fluidity to flexibility to her dance moves everything is absolutely elegant and immaculate. Take notes on the great expressions she makes on stage. People really need to get to know about her dance moves and stage presence, enough sleeping. Sua even puts her talent to use by choreographing some dance moves for dreamcatcher’s songs and even choreographed the dance for Red Sun. You can see why Happy Entertainment chose her as Dreamcatcher’s main dancer! Besides being famous for her doll-like visuals Oh My Girl’s YooA is known for her sleek dance moves in the K-pop industry. YooA has really sharp moves that make you think that the dance moves are really easy. Her doll-like visuals are just a bonus point to her clean-cut performances. We literally can not explain why her dancing is so good, you can say it is just a fact that YooA is an amazing dancer. Fun fact: YooA’s brother is a famous dance choreographer and works at 1MILLION Studio. Go ahead and watch some of her dance moves right now! 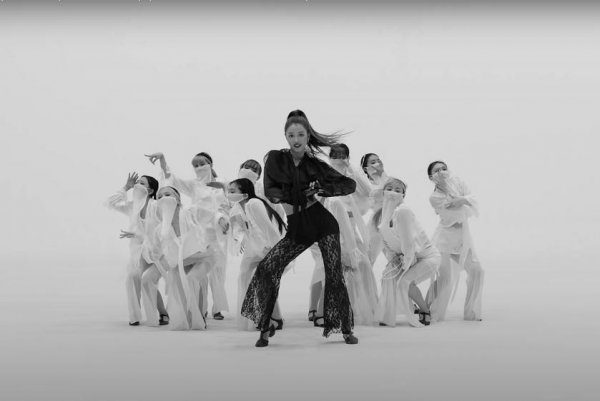 Momo has so much elegance and power when she is on stage that it is so very hard not to admire her. Many compare her sharp moves to a knife that can actually cut through our hearts. And her powerful moves are just the cherry piece on top! Over the years, Momo has been excelling in dancing more and more if possible. There is nothing we would like more than watching her dance covers. You would not be shocked to know that Hirai Momo had left wide-eyed after watching her performance project. 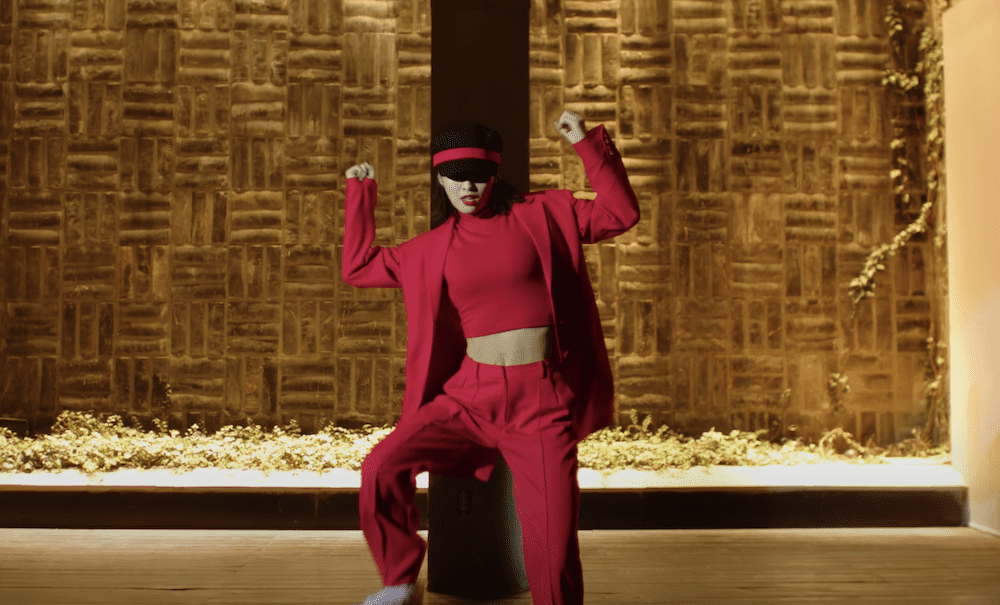 Momo had taken a liking to dance only when she was there years old and used to practice dancing with her elder sister Hana. After participating in the survival show Sixteen, Momo was finally able to debut. She was eliminated but returned by the finale and debuted as the main dancer, sub-vocalist, and sub-rapper of TWICE. To say more, Momo has a different power of her own. Not everyone can improve the relationships between two countries, but Momo was not one of them. Due to her, the relationship between Japan and South Korea has been improving rapidly. Go Momo!

Seulgi could have opted to become a professional dancer if she wanted to. Besides her amazing vocalising abilities, Seulgi is also known for her awesome dance moves. Just watching a clip of her performing will make you realize why people call her one of the best female third-generation K-pop idol dancers ever! Seulgi puts a lot of passion and effort into dancing and the results are always spectacular. She has not done many solo activities,  so fingers crossed for more Seulgi dancing content! Seulgi is the main dancer and lead vocalist of one of the most iconic girl groups from SM Entertainment, Red Velvet. 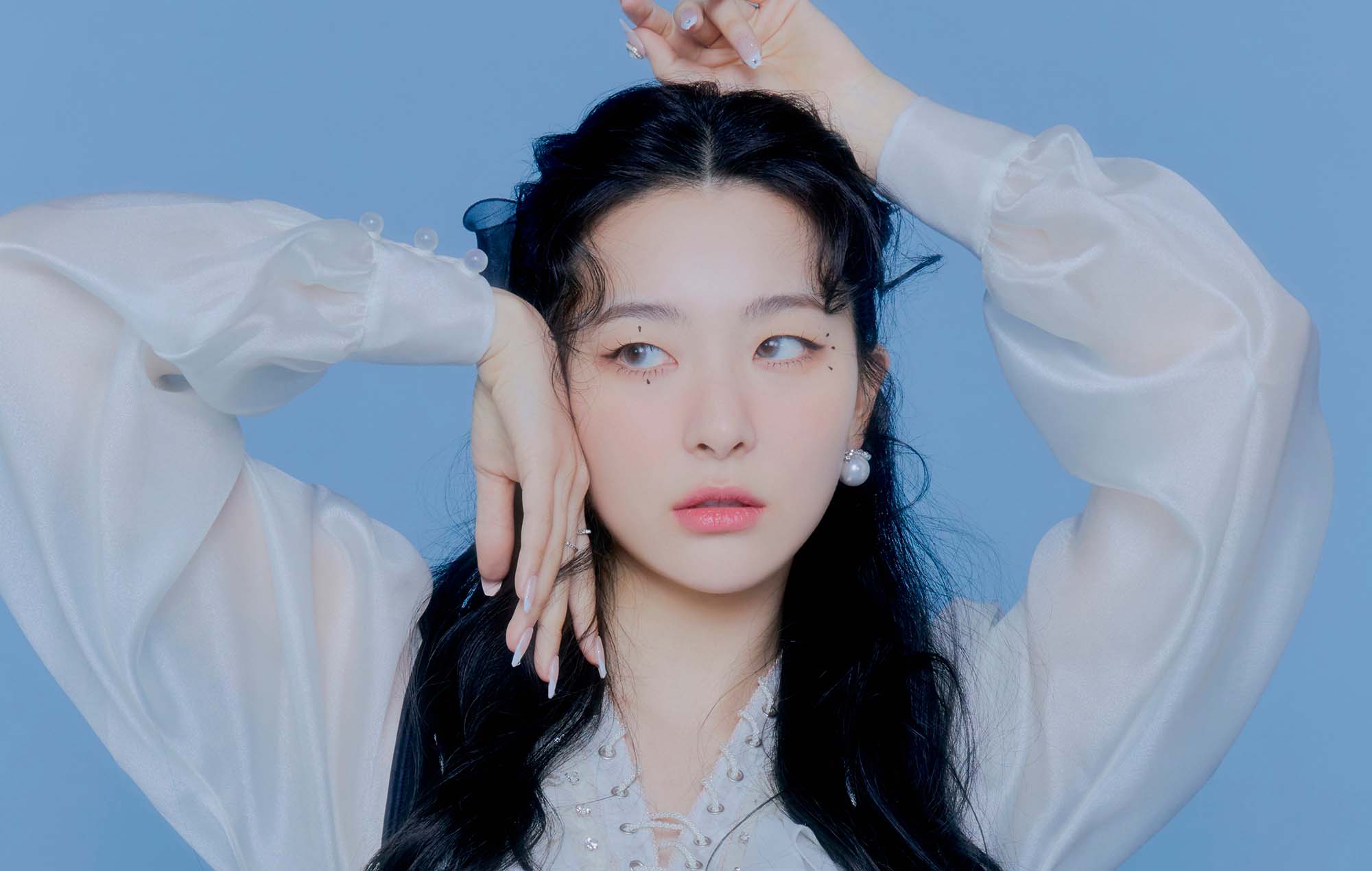 She has also recently debuted in SM Entertainment’s super girl group ‘Girls On Top’ along with her fellow groupmate Wendy. Seulgi had auditioned in the locate auditions of SM Entertainment and by now has been in sm entertainment since 2007, it has been already fifteen years since she joined the company. The K-pop idol had started to gain attention before debuting as she has been part of the group SM Rookies alongside NCT members Jeno and Taeyong. No wonder why people had been so mesmerized by her. Her charismatic performances bring out her beauty even more!

Seungyeon is one of the most underrated third-generation female K-pop idol dancers. It is hard to do both sexy and cute dance styles, but this girl can do both. While she had been under Cube Entertainment, she used to post dance covers every month. As expected she would outdo herself each time she posted a new video. Furthermore, Seungyeon used to work as backup dancer for G.NA before debuting. Seungyeon has been the main dancer and leader of Cube Entertainment’s girl group CLC. We have not heard from her ever since the group disbanded so we will be hoping for more content from the K-pop idol in the future.

It is not surprising that the queen Chungha has been included in the best third-generation female K-pop idol dancers list. Every performance of her never fails to put on a great impression on us. Moreover, she does not just stick to one type of dancing and is a versatile queen. Netizens and fans alike can not seem to find out what is so alluring about her performances, this is what makes Chungha so awesome! 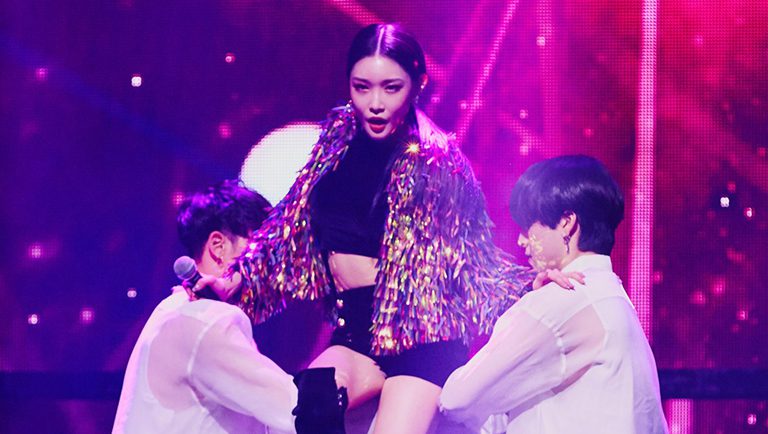 First of all, Chungha majored in dance at Sejong University and had been doing dance for six to seven years by the time she was going to debut. Fortunately, she kept giving it all and saving up bit by bit when she was facing financial issues. In addition to that, whoever has seen her doing freestyle might have already tasted her talents. Even though she started gaining recognition after debuting with IOI, this woman is still going strong as a soloist. Many K-pop idols have even praised and respected her dance and talents! All in all, the word ‘Queen’ was made for this shining soloist Chungha.

Lisa is undoubtedly one of the best third-generation female K-pop idol dancers out there! And in our eyes, she could be the greatest of them all! To be honest, you all saw this coming. This girl is so full of talents that even her fans keep getting surprised by her skills. Whenever she dances she is able to make sharp yet fluid moves that make the audience fall for her performance. Not to mention, everyone is always in awe of Lisa’s stage presence. Plus, she has been a mentor on the Chinese survival program Youth With You, two times already. This just proves her dancing legacy! 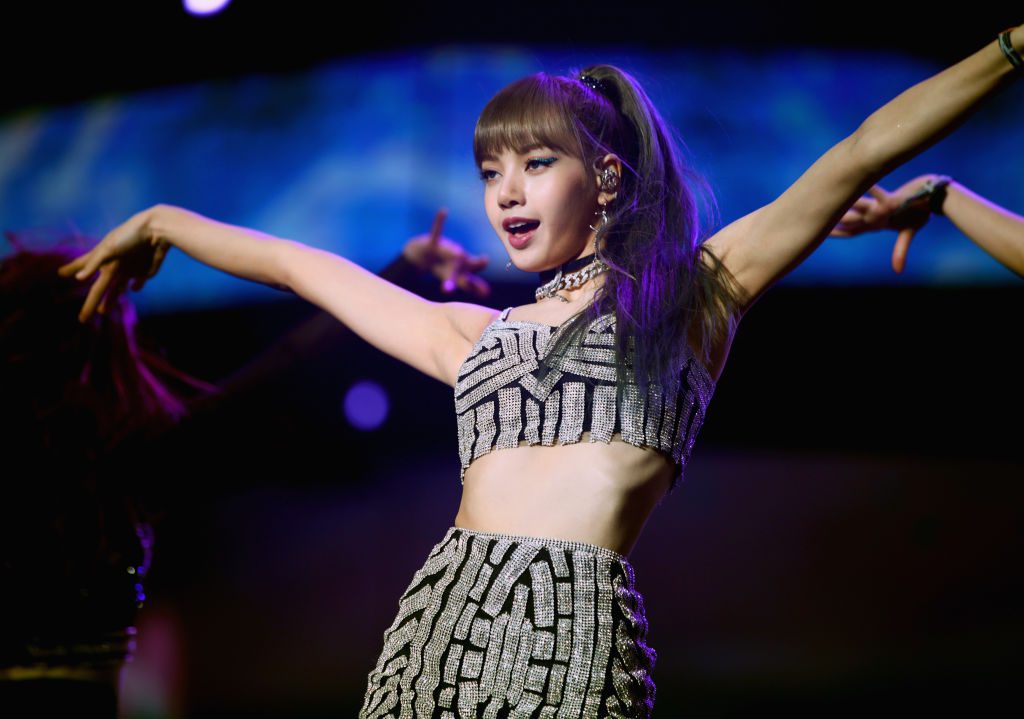 As told by the female K-pop idol herself, Lisa has been training in dance ever since she was young. Her mom instantly recognized her skills and decided to send her to dance classes. Lisa even was a part of the dance group We Za Cool when she was a child along with GOT7’s Bambam. At the age of thirteen years old, Lisa was the only applicant out of 6000 applicants to pass the audition for YG Entertainment. Lisa is truly rocking this world!