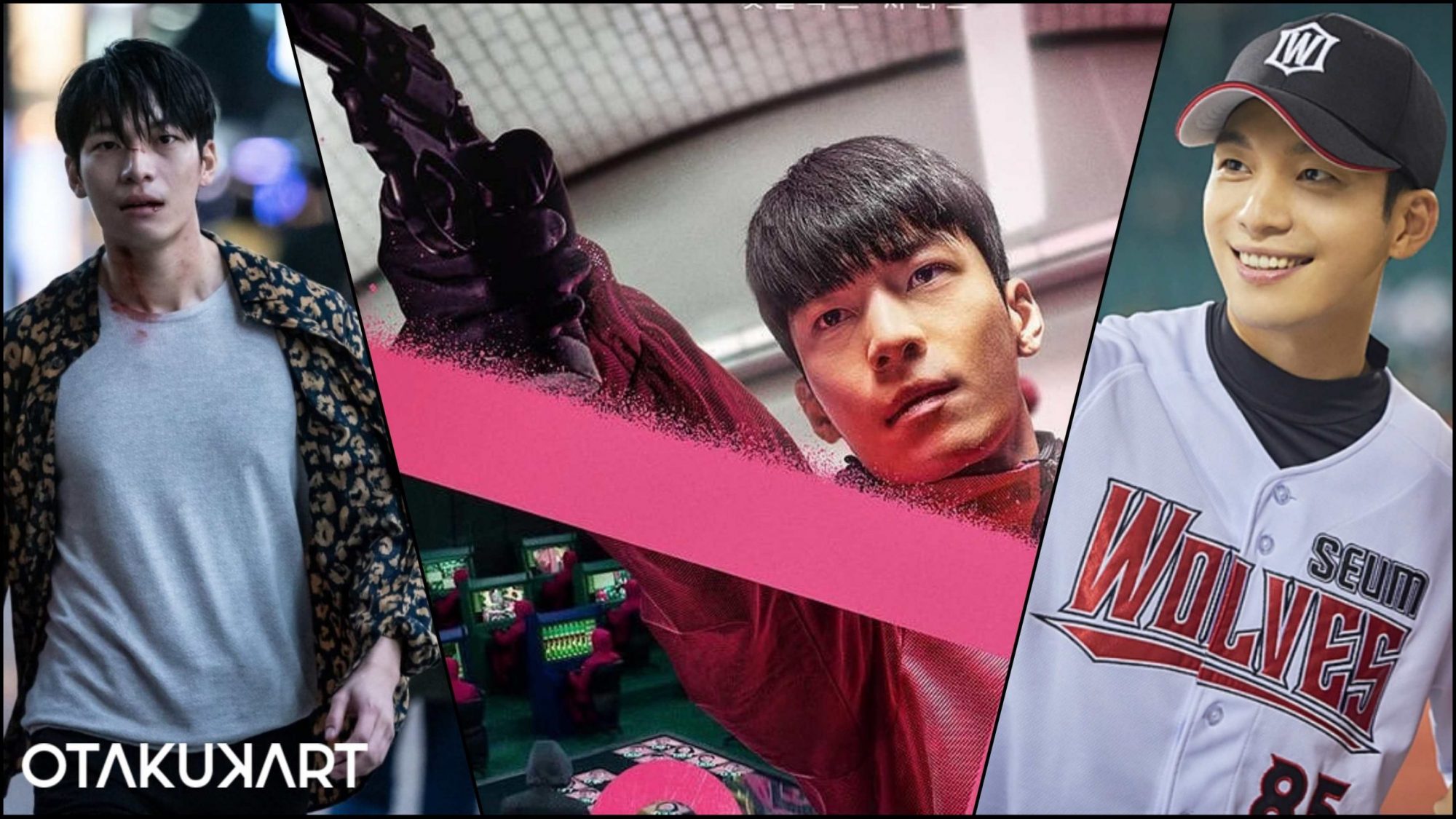 Long before catching the attention of a Billion Dollar Audience through the superhit 2021 K-drama ‘Squid Game,’ Wi Ha Joon had already been impressing avid K-drama fans with his mesmerizing acting performances. Whether it is sweet romantic comedies or intense action thrillers, the actor is capable enough to nail every character he takes up! He is currently one of the fastest rising Korean actors both in the domestic market as well as the international one who might end up being a big permanent name in the industry. We have picked up the best K-dramas and movies of Wi Ha Joon that you should definitely add to your watchlist if you want to watch some quality content that the actor has been a part of.

The more you watch him, the more you fall for his manly physique and charming expressions. The thirty-year-old Korean actor and model debuted in the entertainment industry in 2012 and has been winning people’s hearts since then.

Adapted from a Manhwa named ‘Shark’ created by Woon and Kim Woo Sub, ‘Shark: The Beginning’ is another acting project where Wi Ha Joon gives one of his best performances. It revolves around a high school boy named Cha Woo Sol, who has been a victim of school violence but ends up imprisoned after an unexpected incident. It is then that he meets Jung Do Hyun, the mixed martial arts champion played by Wi Ha Joon, who helps him grow as a person. 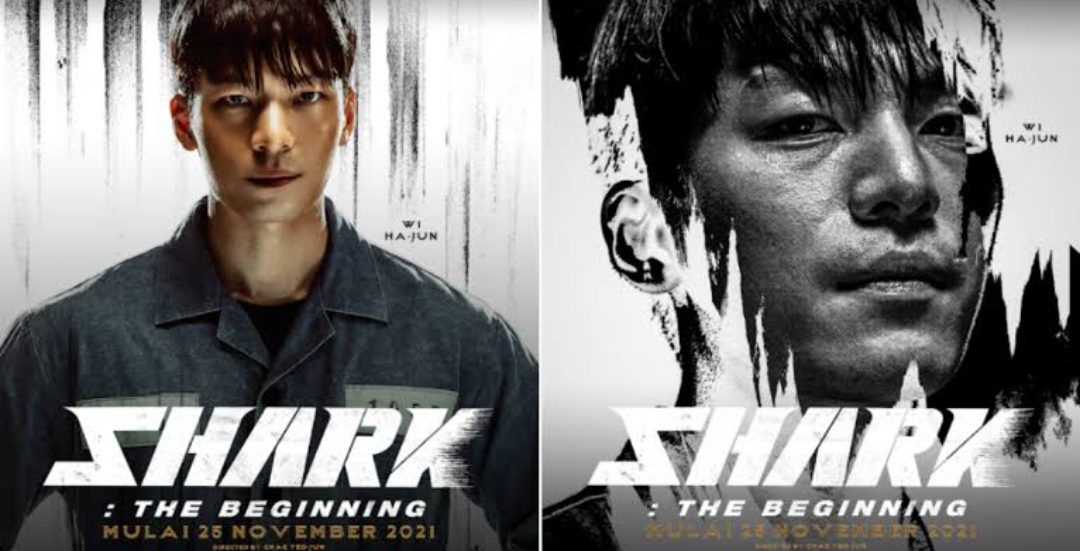 ‘Midnight’ is a 2021 action thriller movie that showcases actor Wi Ha Joon’s incredible acting skills as a psychopathic serial killer. The movie follows a deaf young girl named Kyeong Mi, who is employed as a sign language counselor at a customer call center. She unexpectedly becomes the prey of the clever and manipulative killer, Du Shik, one night on her way back home. As a hearing-impaired girl, Kyeong Mi uses her other senses to try to get away from the killer while Du Shik keeps chasing her in this hide-and-seek situation. Meanwhile, Kyeong Mi’s mother looks for ways to save the life of her daughter. ‘Midnight’ is a great thriller movie that will get you at the edge of your seats the entire time! 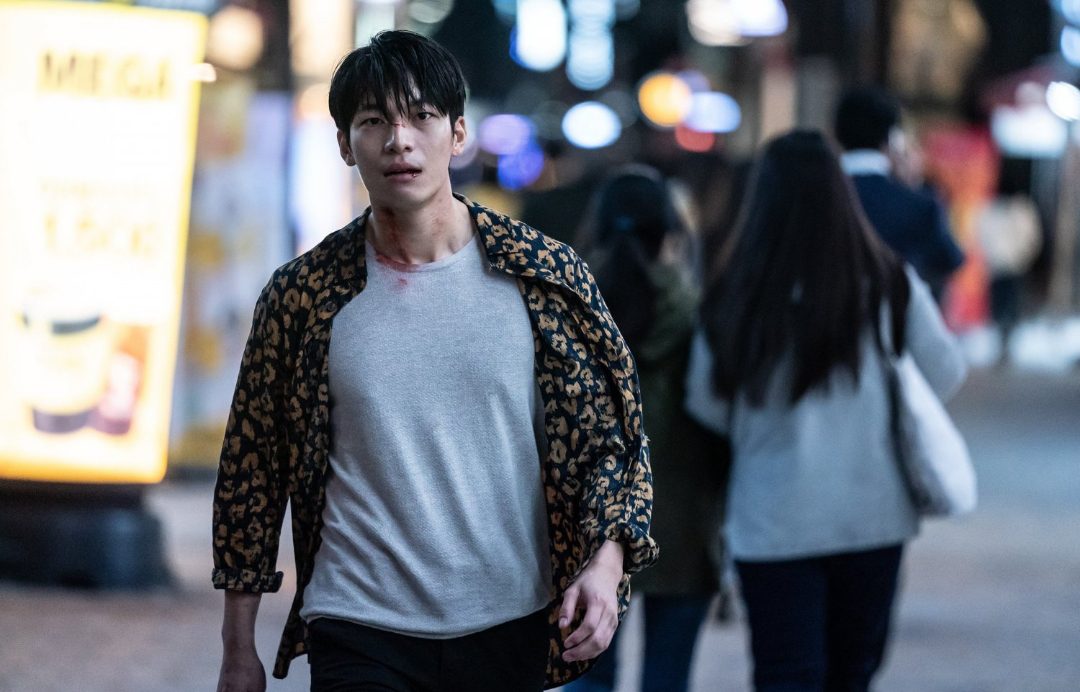 ‘Romance is a Bonus Book’ is a heart-warming Korean drama that narrates the beautiful love story between Cha Eun Ho and Kang Dan Yi— two individuals who have relied on each other almost all their lives. While Eun Ho has received early success in his life as a best-selling writer and the editor-in-chief of one of the most successful publishing companies of Korea, Kang Dan Yi ended up giving up her career as an award-winning copywriter after getting married. Years later, when Dan Yi gets divorced, she desperately tries to get a job in order to support herself and her daughter, hiding her situation from Eun Ho. 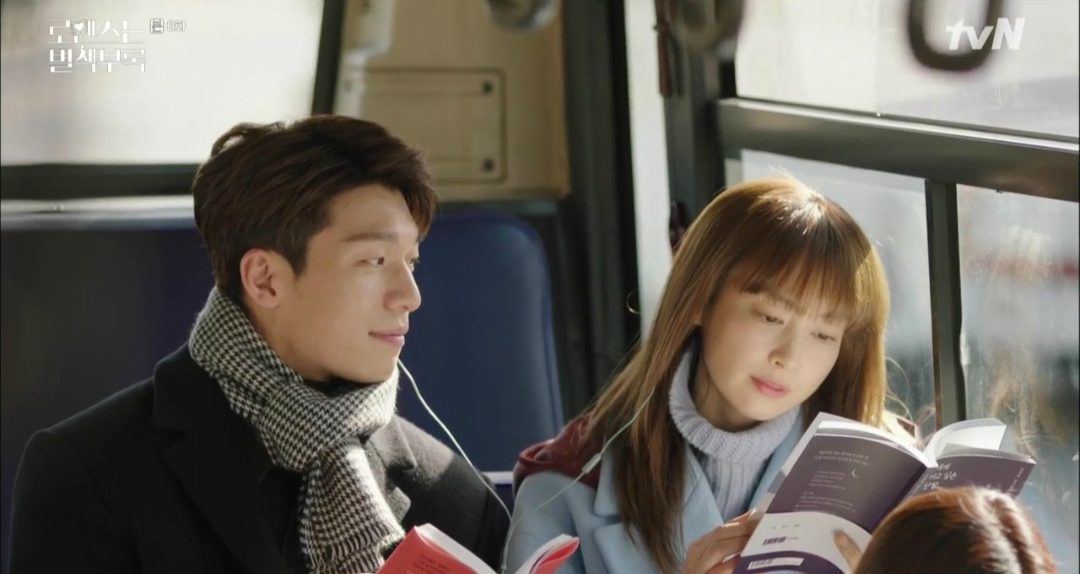 Romance is a Bonus Book

However, due to her career break, no company wants her. After the turn of events, she lands herself a temporary job in the same publishing company where Eun Ho works, lying about her educational background. Eun Ho, who had given up his feelings for Dan Yi, once again finds himself doing things for her that make her happy, and soon romance blooms! Wi Ha Jin plays the character of a book cover designer, Ji Seo Jun, a kind-hearted person who falls in love with Dan Yi and pursues to woo her.

Also Read: Korean Movies Like ‘The Witch: Part 1. The Subversion’

Here comes another K-drama character of Wi Ha Joon in which he falls in love with a divorced older woman with kids but isn’t fortunate enough to get the lady. ’18 Again’ can be a life-changing drama for you if you too have messed up family relationships. Hong Dae Young used to be a popular boy in his high school days who could have a bright future as an athlete only if he hadn’t decided to get married to his then-girlfriend, Jung Da Jung, who was bearing his babies in her womb. Years pass, and Hong Dae Young’s life is now in a position miles away from what he had supposed it to be. His wife files divorce against him, his high school children avoid him all the time, and to make things worse, he loses his job as well. 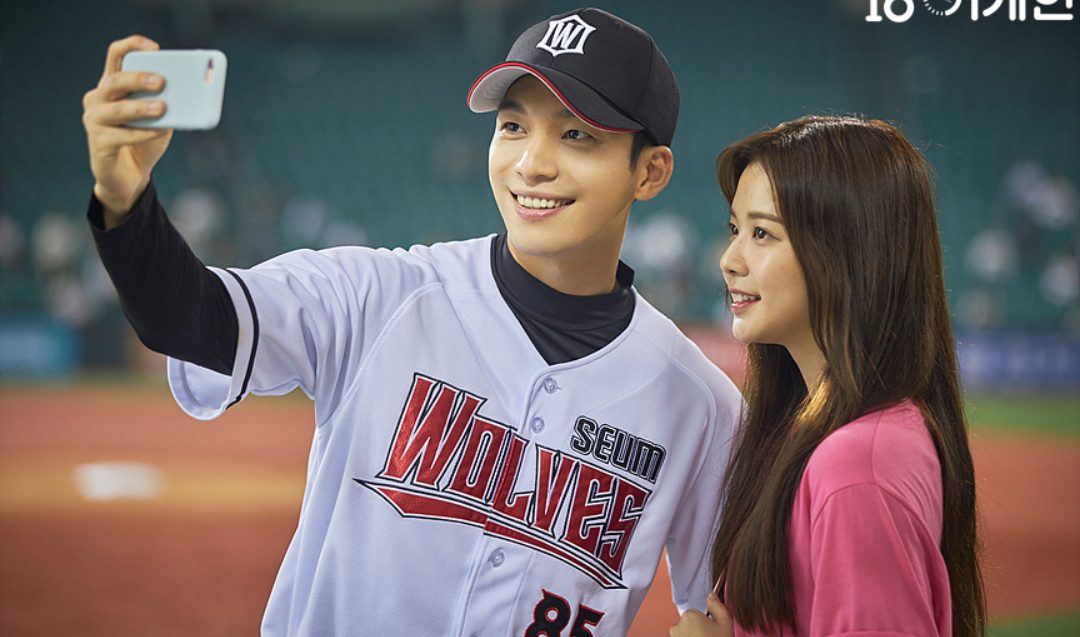 Seeing his life fall apart, he reminisces his good old days and wishes to be 18-year-old again and work on the mistakes he committed back then. His wish unexpectedly comes true as he finds himself in the body of his younger self, marking the beginning of his second chance at life! Wi Ha Joon is a part of the drama in the role of a baseball pitcher who develops a liking towards the 37-year-old Jung Da Jung.

The story revolves around 456 people who are offered to join a survival game in order to get over their financial problems and pay off their debts. Seong Gi Hun, a financially broke chauffeur, decides to be a part of the competition as well when he learns that with the winning money, he can be a better son to his ailing mother and a good father to his daughter who is leaving the country with his ex-wife. Organized at a remote and unknown location, the competition is divided into six games that people play as children in Korea. Little did they know that the place was soon going to become a ground of bloodshed and the biggest regret for the losers. 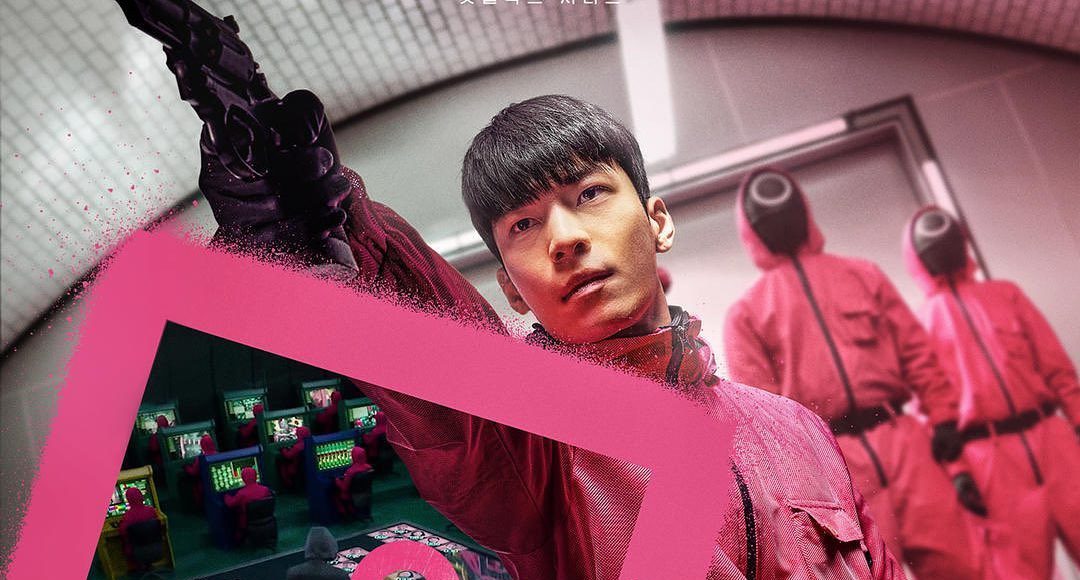 Wi Ha Joon received his first big break in the industry through 2021’s groundbreaking K-drama, ‘Squid Game’ which turned out to be a global sensation after its released. He plays the character of a cop named Hwang Jun Ho, who sets out to look for his brother, who is seemingly a part of the game as well. The show makers are working on the Season 2 of this smashing hit and as the audience who are whipped for Wi Ha Joon, let’s hope to have Hwang Jun Ho reprise his role as well!

Hands down to one of the most amazing scripts chosen by Wi Ha Joon, in which he has been able to outshine almost all the characters! He has been picking up good scripts for a while now, and those who have already watched ‘Bad and Crazy’ would agree that no one could have portrayed the character of K better than him. The story centers on an accomplished member of the Anti Corruption Unit of the police squad, Soo Yeol, who is known for his bad-boy ethics. He is so ambitious that in order to achieve what he wants, he can turn a blind eye to injustice and truth. 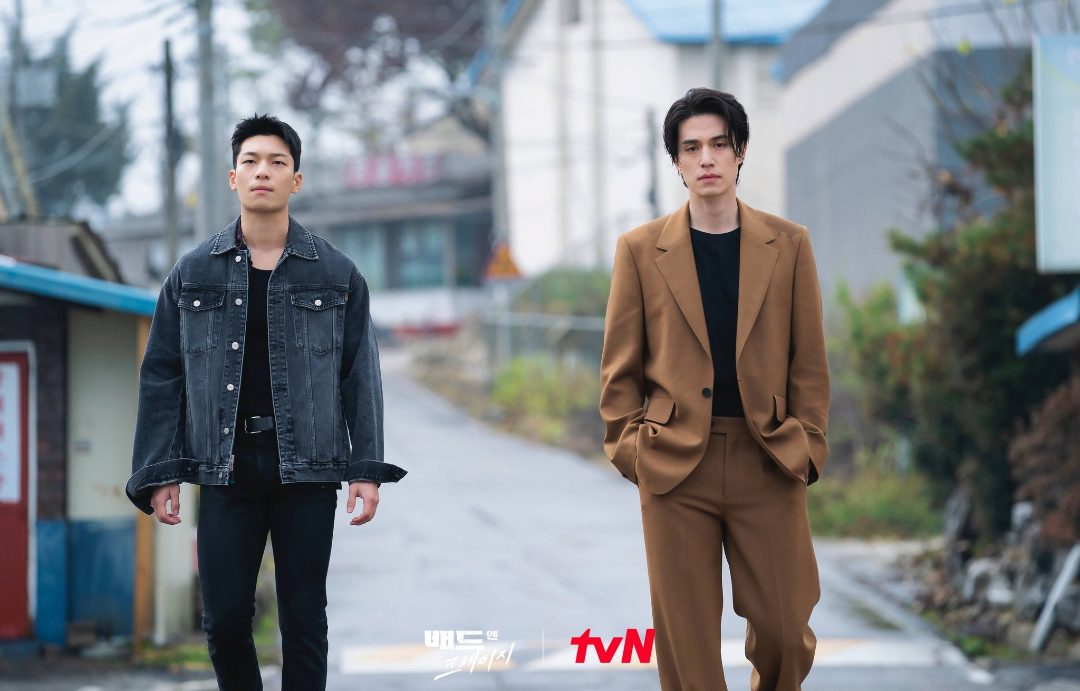 However, when the crazy K enters his life, his world starts spinning in the opposite direction! K considers himself a self-righteous hero who forces Soo Yeol to do things that go against his corrupt nature. Together, they join forces and punish the people who have been devouring the money of the public and doing illegal business. However, the mystery is K’s origin and the reason behind his existence which Soo Yeol is yet to discover.