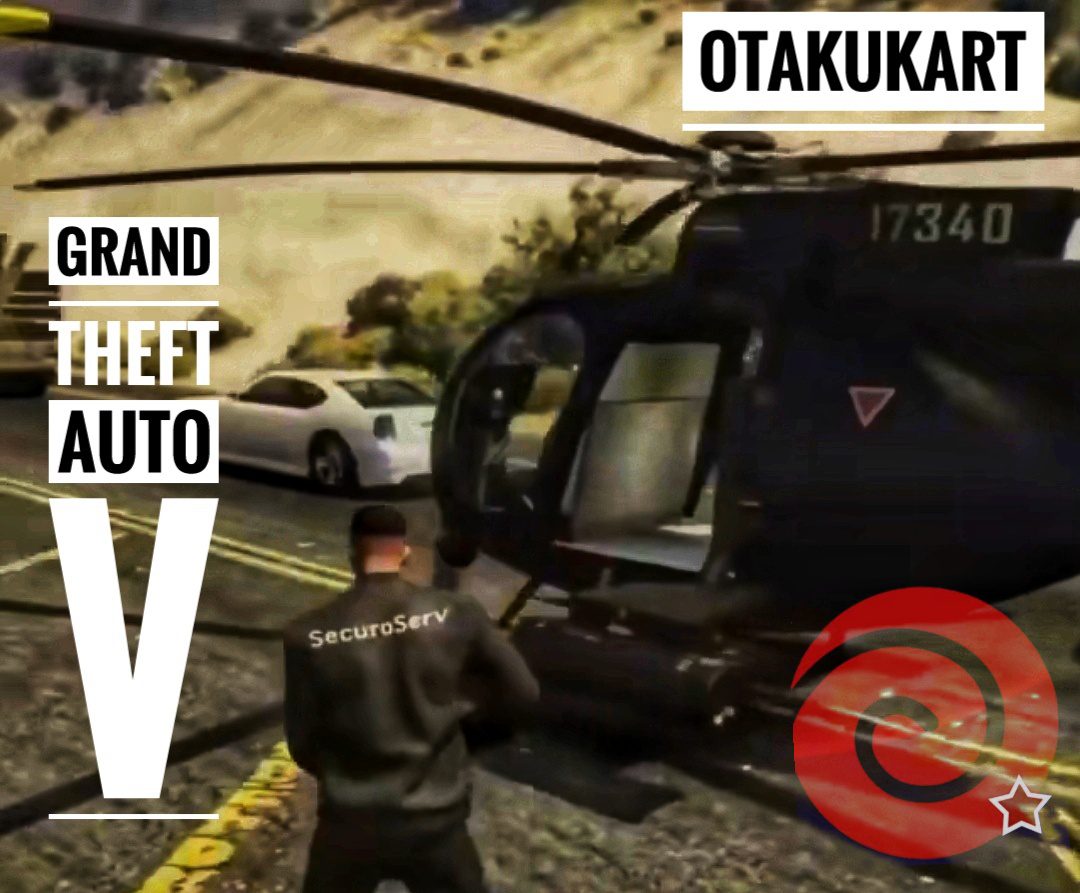 what’s up, guys, and welcome to the top 5 best sports cars in GTA 5 online. Let’s get into it. All right, so we’re going to be factoring in both the looks of each car and then obviously how each car performs. So, coming in at number five, we have

This car in GTA 5 is known for its ridiculous acceleration. It might have the best acceleration in the entire game. Apart from obvious cars with boosts and the main reason it has this ridiculous acceleration is that it’s actually an electric car. So you’re not going to be hearing any type of engine sounds. It’s a silent car that sounds like a spaceship just like any other electric car in GTA 5. It’s got some good handling as well. The only thing that’s probably about average with it it’s probably the top speed. It doesn’t have any crazy top speed. 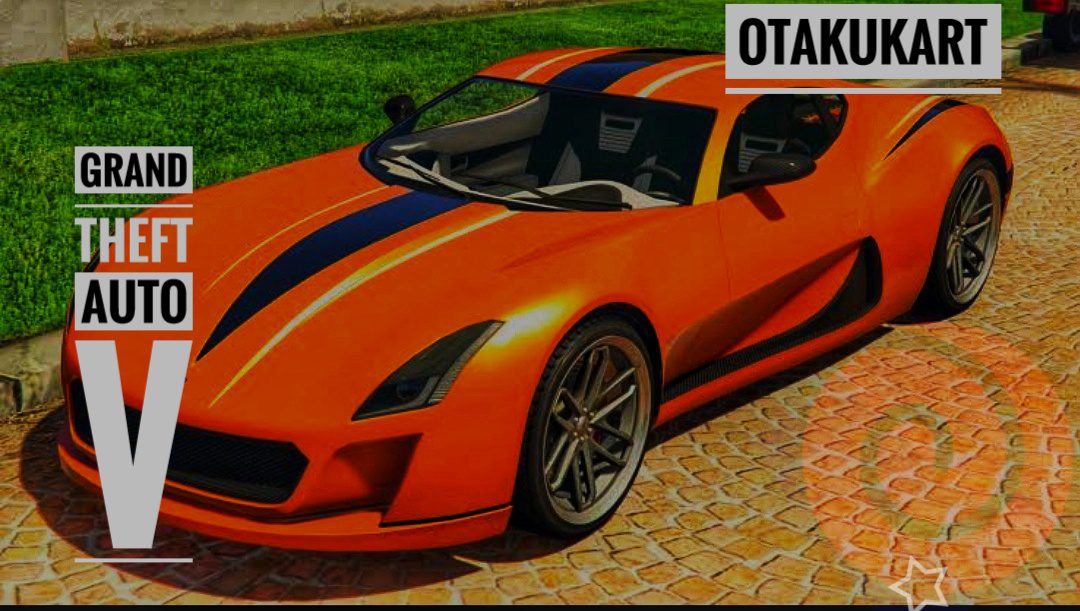 But since the acceleration is so ridiculously good, you could definitely win a ton of drag races with this in GTA 5. I’d say, for example, if you’re doing a race with a ton of turns, this would be perfect. Cyclone would be by far the best choice for it. Because with the good handling it has, along with the ridiculous acceleration. It’s going to be perfect. However, on the other hand, if you’re doing a race that you need to use your top speed. A bit you do not want to use this vehicle other vehicles like the Pariah are going to absolutely destroy it.  Now you’re also getting some good looks with this car. The front and the back of it look pretty good.

And moreover, it’s even got some good customization as well; it’s got some cool spoilers and even some deliveries as well. Now you might be wondering why we include the Coil Cyclone in the best sports cars when it’s actually classified as a supercar in GTA 5. Well, the reason we are putting it on this list is that it’s actually meant to be a sports car. All the more in the real-life version of it is actually a sports car. Many GTA buffs talking about a bunch of different cars when they come across a cyclone become much confused. Why was it in the super-category when it should be in the sports? So, if you too were a little confused, that’s the reason. But from now on, we’re going to be looking strictly at cars that should be in the sports category. And actually are in the sports category. In addition, the final thing about the cyclone as well it comes in at just under 1.9 million dollars.

So coming in at number four now is the Vysser neo. Neo is an absolute beauty, as you guys can see the great look and design of Neo in GTA 5. People like the customization on it as well. It’s got 22 total customization options, Which is a lot. The front of it looks beautiful; the back of it looks super unique as well. And something GTA fans really like about it is the exposed engine in the back of the vehicle. I’m a big fan of vehicles that have the exposed engine in the back as well. You can’t see it too well just when people have the tinted windows. 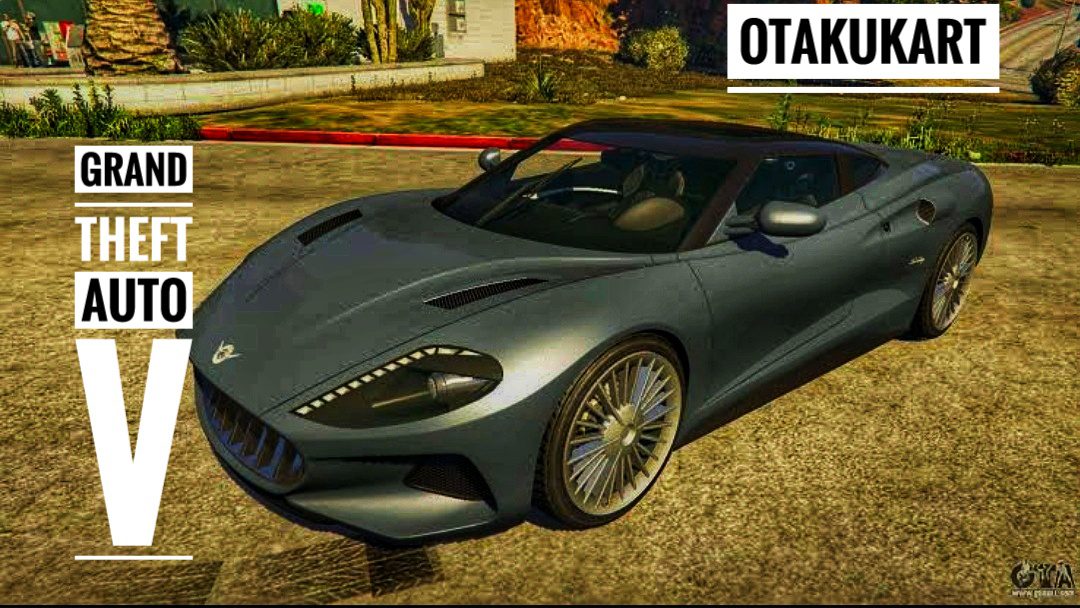 Though it has tons of exhaust and grill options and also some really cool liveries, for me, it has to be one of the best-looking sports cars in the entire game now. Let’s go into the price first, though it comes in at a price of 1.875 million dollars, so I’d say the price is worth the looks of the car. And talking of the performance, it doesn’t fulfill the mark. Less the performance of it because in terms of handling it’s not great.

The handling is not necessarily bad, but for 1875 thousand dollars, people surely would expect better handling. The faster and faster you go with it, the harder it is to control, and obviously, it’s like that with all cars. But it’s a bit more on this one, luckily. Though in terms of top speed and acceleration, it’s pretty good. Its weakness is definitely handling, but besides that, it’s still a pretty good-performing supercar. Moreover, it’s definitely up there, definitely top 10, maybe even top five best in lap times. However, if you have the money to get this car, definitely get it because it’s an absolute beauty of a car—honestly one of the best-looking sports cars.

Moving on to number three, now we have the Itali RSX. And let me just say it’s not only one of people’s favorite-looking sports cars in GTA 5. It’s one of the best overall-looking cars in any game of GTA franchise or any random. Moreover, the stock wheels of Itali RSX look amazing as well. Surely recommendable to you guys, whenever you play the game, take a thorough look at its stock wheels. They will surely be impressive in your eyes too. And not only do the stock wheels look amazing, but they also change colors along with a primary color on the car, which is super cool. Now getting into the performance, Itali RSX is just the top tier. With the best and fastest sports cars in GTA 5, it might be one on the top. 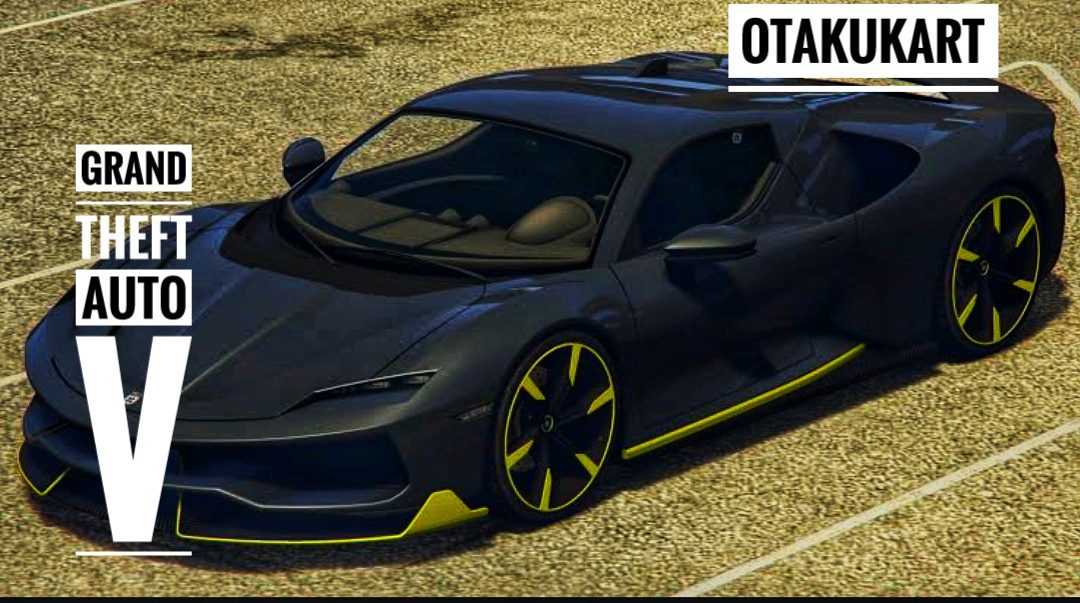 If not the fastest sports car in the game in terms of top speed and even driving. Around in free roam, you’re gonna notice it’s a very fast sports car. It’s got great acceleration, and it’s got some good traction as well. The thing with the traction because it’s such a fast vehicle, you might lose control a bit when you’re going too fast. But that’s just a matter of learning how to handle it and get a good feel for it. You want to see how the RSX acts at those speeds so you can see how you can control it better and better. Because once again, it’s just such a fast car.

So for me looks like a 10 out of 10. Performance is awesome, and then the customization is also good. It’s got some cool liveries. I think you’re noticing a trend with all these cars having cool liveries now, I’d say the only downside with the RSX is the price. It comes in at 3.465 million dollars which is a pretty freaking steep price. But if you do have the money to get this car. once again, you’re just paying for a car that’s top tier in every category, coming in at number two now is,

Ocelot pariah has a pretty solid price tag; we’re going to be starting with the price. It comes in at 1.42 million dollars, and I have to say, for one of the best sports cars in GTA 5. This is definitely a bang for your buck, even for those that 1.4 million is a lot. For you gotta understand that for one of the best sports cars in GTA 5. Especially compared to the RSX’s price, this is a great price point. Moreover, once again, you’re definitely getting a bang for your buck on this one. Customization is also good; there are a lot of spoiler and hood options and some pretty basic liveries. But they still look cool anyway; it’s up to their neck and neck with the RSX. And it is one of the fastest sports cars in the entire game. Top speed is definitely where it shines the most. And it’s got some good handling as well, and the acceleration is decent. 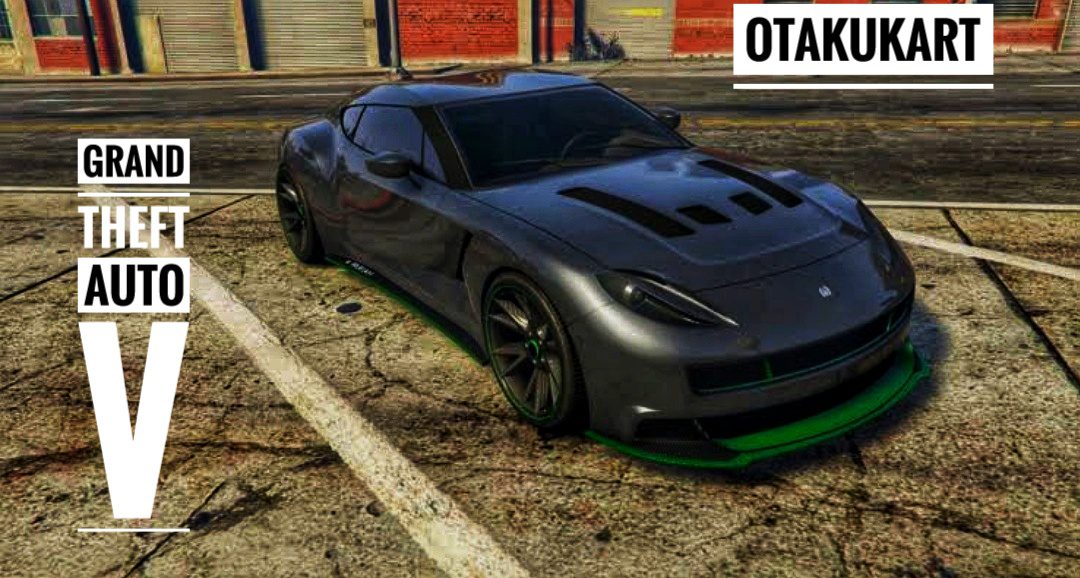 Ocelot Pariah is a great all-rounder sports car. It’s good for races with a lot of turns, and it’s good for races where you need to use your top speed a lot. Getting into the looks of it, it looks good. In addition to it, it’s more than good. It’s definitely not ugly, don’t get me wrong. But I think cars like the RSX and a lot of others definitely look a lot better. They look just amazing but for the great price tag of 1.42 million dollars. I think you’re paying for a great performing sports car. Once again, one of the best to say if you’re looking for a top-notch sports car on a budget. 1.4 million isn’t really on a budget, but this is your best bet. Moreover, you’re getting a lot of value from what you’re paying for with this vehicle. Now moving on to number one on this list is gonna be the

First off, it looks amazing. It’s also one of the best-looking sports cars in my opinion. Both the front and the back of it look really cool. Moreover, the front of it actually reminds a lot of the neos friend. The front of both, the gto and the neo, looks really similar. Customization wise is also good, particularly talking about deliveries. In terms of deliveries, it has the best deliveries out of all sports cars in GTA 5. I’m a big fan of deliveries; they’re super vibrant; there’s a ton of unique ones. Now obviously, it’s gonna have to be great in performance as well if it’s gonna be number one on this list. And it really is. It’s also a very fast sports car along with the RSX and the Pariah. They’re just neck and neck, those three. Coming to its top speed, actually, the gto is a little bit better than the Pariah. However, then it’s just neck and neck with the RSX. It’s really close between the two. 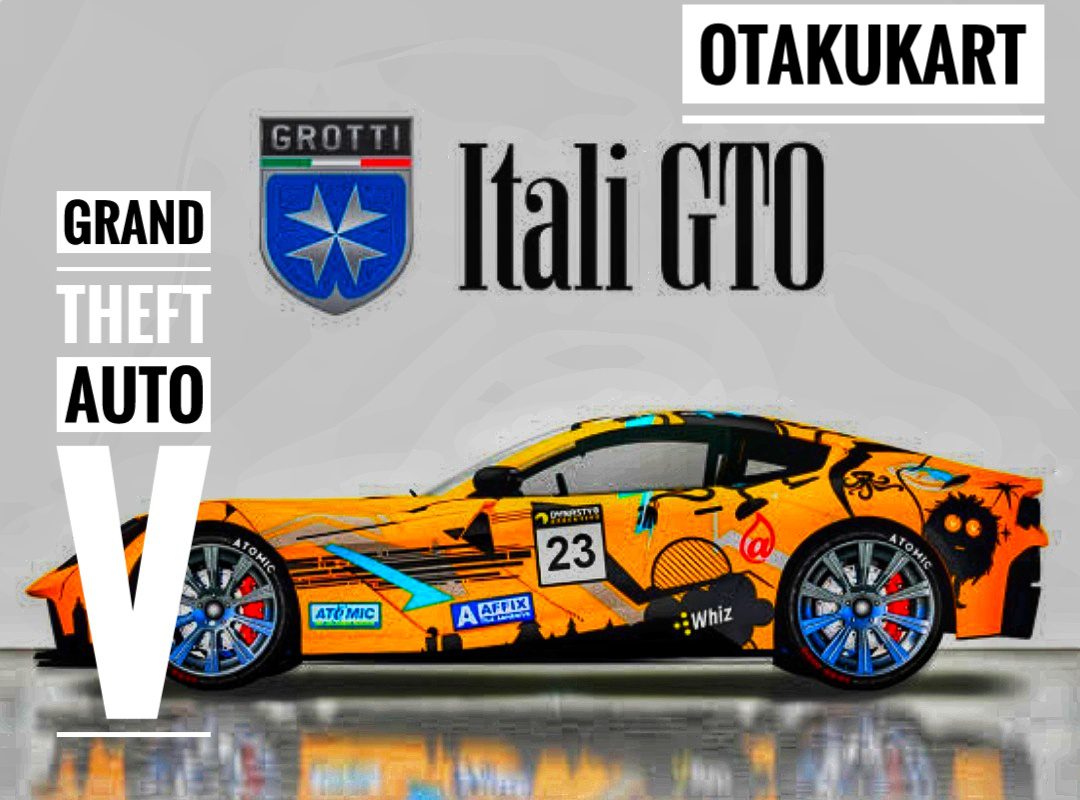 Now driving it around, it can be noticed that the car feels a little bit light. Moreover, it’s definitely lighter than the Pariah. It’s not anything necessarily bad. It comes in at a price of 1.965 million dollars. So, basically, just under 2 million, it’s not that bad of a price. Actually, it’s a much reasonable price, but not as good as the Pariahs. But keep in mind you’re paying for an all-around amazing sports car. It looks both classy and straight mean at the same time. The back of it and the spoiler looks all mean, and then the front of it looks pretty classy. It really is a very nice-looking vehicle. So looks like a 10 out of 10. Performance is a 10 out of 10, and customization is also amazing—specifically the awesome-looking deliveries. In addition, it’s got 21 customization options total which is a very nice amount. So, it shines in all three of those categories.

Hope the above content was useful and valuable to you. Let us know which car out of the five is your favorite.