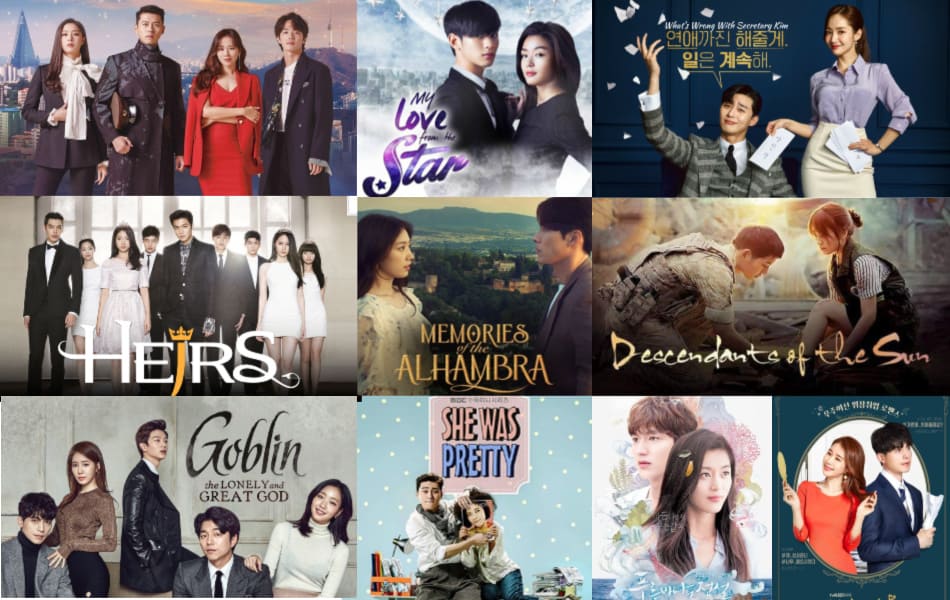 K-dramas have made a special place in our hearts, and now this place cannot be made void for any other thing, no other genre, no other source of entertainment. As we all know that K-dramas make us live the best parts of our lives; they are simple stories covering various topics of the life of an individual. K-dramas create an emotional connection with the viewers. Through the help of their plot, narration, and musical backgrounds, which sets the mood of the whole plot, K-dramas teach us how to handle our relationships without letting a single one of them suffer.

The special effect created by K-dramas which captures our hearts is the music of each and every drama. The OSTs of these dramas are equally fascinating. They are a perfect blend of pleasure and lesson. Each drama consists of OSTs that range between five to ten, or more sometimes. Music, be it in a language we understand or in the language we are not familiar with, creates a deep impact on our minds. Just like the K-pop tracks, K-drama OSTs are a big hit all around the world. 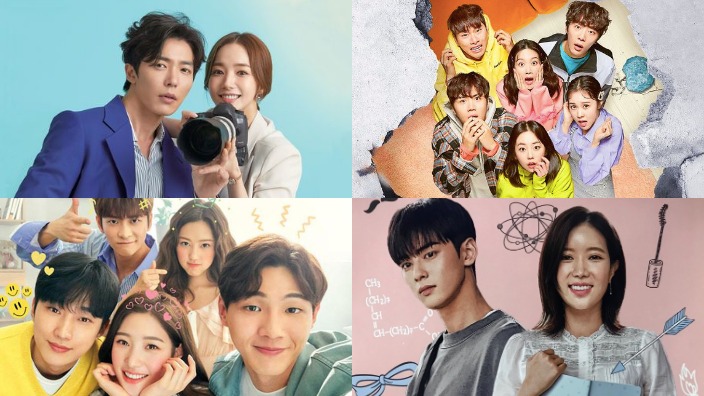 top 20 K-drama OSTs of all time

This article will focus on one of the best OSTs of our favorite K-dramas of all time to listen to when you feel low or when you want to celebrate. They are the tracks that will make you jump out of your beds and celebrate the magic of life. These OSTs are the blend of love and dedication by the artists, both on and off the screen. There comes the much-awaited list of Top 20 K-drama OSTs of all time to listen to. This is a compilation of one of the most popular tracks from the highly celebrated K-dramas, as well as from the dramas which haven’t been a thorough success but will be in the terms for its OSTs.

Here comes the list of top 20 K-drama OSTs to listen to from our favorite dramas of all time.

This song is one of the seven songs and fourteen musical scores of the famous K-drama Love Alarm. It was the first Korean series confirmed for pick-up by Netflix. The series of two seasons released on August 22, 2019. Likewise, the second season premiered on Netflix on March 12, 2021.

The song Falling Again was a part of the show’s first trailer and has been frequently played during the scenes. It is one of the most loved songs from the series. The artist behind this song is Klang. To date, the song has received over 4 million views on YouTube.

19. Confession Is Not Flashy (Hospital Playlist)

This album was a huge hit, making it to the list of K-pop Hot 100. This high-spirited story made a great impact in the minds of the viewers, making it the most viewed K-drama in South Korea in 2020. The second season is yet to release in June 2021.

The song Confession Is Not Flashy is sung by Kyuhyun. He is a member of the South Korean band Super Junior. The music and lyrics for the song are given by Oh Tae-ho. The track has got over 6.6 million views.

The drama is of the sports genre based on the inspiring life of Olympic gold-medalist Jang Mi-ran.

The song ‘I’ll Pick You Up’ is by the indie acoustic pop band of South Korea named Standing Egg. It has received around 5.3 million views.

17. I Just Want To Stay With You (The King: Eternal Monarch)

This drama is a Netflix original that premiered in the year 2020. It was the comeback drama of the South Korean superstar Lee Min ho, after his military services. Although the drama was not able to make its spot in the best K-dramas of the year, the soundtrack was highly appreciated. The story revolves around a king who is in search of a mystery man who saved him from his father’s assassins. It is a fantasy drama, which showcases some magical aspects in the lives of the king and his love interest. The show was a great success outside South Korea and was among the top 5 best dramas of the year in countries like India, the USA, Malaysia, etc.

The lyricist and musician behind the song are DOKO Son Jae-min. Likewise, the artist of this song is Zion.T. ‘I just want to stay with you’ has received about 4.3 million views on YouTube.

The K-drama Hotel Del Luna was one of the highest-rated Korean dramas in the cable television network. It is a dark fantasy with a romantic comedy feels. The story consists of a hotel that is visible only in special circumstances, and all the workers and staff are souls and dead people. The show revolves around these ghosts, and we are able to find the truth behind the ownership of the hotel and these souls through some mysteries and supernatural problems.

The song has stolen away from the hearts of the fans. The song is sung by the artist named Heize and has topped at number two in the list of OSTs of this particular drama. The song has received nearly 6 million views.

It was premiered in the year 2016. It was a hit drama and aired on the SBS network. The show gained a positive response from the viewers for its plot and characters.

The soundtrack of this drama was a tricky one, with Because It’s You being the best on the list.

True Beauty’s soundtrack was released by Stone Music Entertainment. The artist of these tracks are the self-composers. Thus, the artist and composer behind ‘I’m missing you’ is Sunjae. This beautiful melody is written by DOKO.

13. Because Of You( Strong Woman Do Bong Soon)

Because of You is a beautiful track sung by Park Hyung-sik, who is also a member of the boy band ZE:A.

12. I Miss You( Uncontrollably Fond)

The track is sung by Hyolyn, who belongs to a South Korean girl band named Sistar. The song was one of the best tracks from the drama starring Kim Woo bin and Bae Suzy.

The song is sung by Jeong Se-woon, whereas the lyricist of the song is Good Choice and Yoda. The music is given by Kim Se-jin, Midnight. This drama is one of the best romantic comedies of all time, starring Park Seo-joon and Park Min-young.

You’re My Garden is another famous song by the K-drama Strong Woman Do Bong Soon starring Park Bo-young and Park Hyung-sik, and Ji Soo in lead roles. The song is sung by Jung Eun-ji, who is a famous member of the girl group named Apink.

9. You Are My World( Legend Of The Blue Sea)

This song is the top-rated song from the soundtrack of the fantasy drama starring Lee Min ho and Jun Ji-hyun, titled Legend of the Blue Sea. The song is sung by Yoon Mi-rae. The song has an alternated title, which goes as ‘A World That Is You’. The music and lyrics are given by Lee Yoo-jin and Han Joo, respectively.

One of the best singles by the Korean superstar Lee Min ho was among the soundtracks of his 2013 power pack K-drama ‘The Heirs’. The whole soundtrack is filled with outstanding music scores and songs. Although, Min Ho’s original piece has made a special place in everyone’s heart. The ‘Painful Love’ is one of the tracks in the show which beautifully depicts the heartbreak of the lead couple.

7. This Love (Descendants Of The Sun)

One of the best K-dramas of all time, starring Song Joong-ki, Song Hye-kyo, Jin Goo, and Kim Ji-won. The soundtrack of ‘Descendants of the Sun’ has always been on the top of every list of best K-drama OSTs of all time. The song ‘This Love’ is sung by Davichi. It is a pop duo consisting of two vocalists Lee Hae-ri and Kang Min-kyung.

6. When Night Falls( While You Were Sleeping)

The 2017 drama stars Lee Jong-suk, Bae Suzy, Jung Hae-in, and Lee Sang-yeob. The song was sung by Eddy Kim, whereas the lyricist and the musician are yoda and Kim Se-jin Midnight.

The 2020 South Korean television series was a bit hit among viewers all over the world. It stars Park Seo-joon, Kim Da-mi, Yoo Jae-myung, and Kwon Nara. The song ‘Sweet Night’ is a track by V (BTS), also known as Kim Tae-Hyung. The lyrics has been written by Hiss noise, V (BTS), ADORA, Melanie Joy, Fontana, and Michel “Lindgren” Schulz.

4. My Love (The King: Eternal Monarch)

My Love is one of the popular tracks from the Netflix original series The King: Eternal Monarch, starring Lee Min ho, Kim Go-eun, Woo Do-hwan, Kim Kyung-nam, Jung Eun-chae, and Lee Jung-jin in lead roles. The artist behind this song is Gummy. Likewise, the lyricist is Hana. The song has gathered over 2.3 million views in such a short span.

3. You Are My Everything( Descendants Of The Sun)

Another song of the K-drama whose soundtrack broke all the records, even before the series was wind-up. On the third number, we have You are my Everything, sung by Gummy. With this, Gummy becomes one such singer who has been the top influencer by her soothing voice. This track has received over 53 million views.

The show stars Gong Yoo in the title role with Kim Go-eun, Lee Dong-wook, Yoo In-na, and Yook Sung-jae. It has an alternate name, ‘Guardian: The Lonely and Great God’. Although the drama consists of some of the best tracks, this song ‘Stay with Me’ has gathered immense response from the fans and has been stable on the second spot. The song is sung by Chanyeol & Punch.

1. Here I Am Again (Crash Landing On You)

Here comes the best K-drama OST of all time, from the very popular Netflix series of 2020, Crash Landing On You. It has been a huge success for the South Korean industry of K-dramas. The show starred Hyun Bin, Son Ye-jin, Kim Jung-hyun, and Seo Ji-hye. The song ‘Here I Am Again’ has the vocals of Baek Ye-rin, along with the lyrics written by Nam Hye-seung and Surf Green.