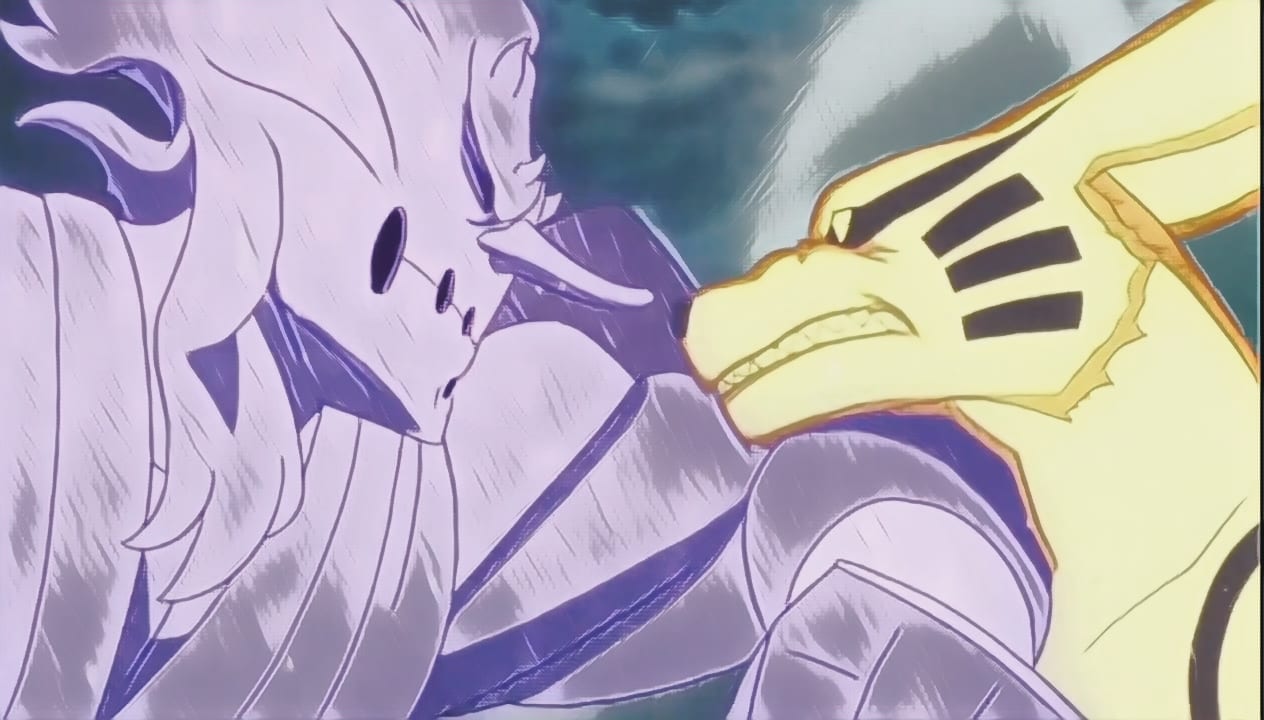 Naruto Shippūden shaped through our childhood and imprinted our lives as an adult. The series has a massive fan following. It goes without saying that the series won the hearts of fans all over the world without obstacles. The Naruto series was first animated from 2002 to 2007. Following this, Naruto Shippūden aired from 2007 to 2017. It has been a long ride, and the series sew beautiful moments in our mind. What makes Naruto such a wonderful series is its ability to dive on an emotional level, all the while providing some of the best sequences filled with pure adrenaline in the history of anime. The fight scenes are always new, so it’s barely ever boring to watch them. Kishimoto introduced some of the most badass attack systems. Which brings us to the question: What are the strongest attacks in Naruto Shippūden?

There are multiple strong attacks that would kill normal people in an instant. However, at the same time there are some God-like powers even within the series that stand out for being absolutely breathtaking. After careful precision, we have ranked some of the strongest attacks in Naruto Shippūden that were a major moment of surprise and awe. Somewhere, it was these amazing sets of jutsu that kept fans hooked to the series till the end and have been asking for more. The Boruto manga is currently ongoing and available to read on Viz Media.

Here is the list of the top ten strongest attacks in Naruto Shippūden, ranked from the lowest to highest.

Rasenshuriken is presented as the ultimate wind jutsu. It is a variant of Rasengan which was invented by Naruto. Although indicated as a variant, the Rasenshuriken is many-fold stronger than the Rasengan. It attacks on a cellular level and by cutting through them. Its basic mechanism is to pierce the target multiple times, making use of several minute blade-like forms of wind. These attacks can proficiently cut out the chakra network.

When Naruto used it for the first time, it also did some major damage to him as well. Rasenshuriken is an absolute killing technique and way more lethal than Rasengan. It has been nerfed over the years and overshadowed by the overwhelming presence of stronger attacks in the Naruto Universe. Yet, it remains one of the top ten strongest attacks in Naruto: Shippūden.

Tailed beast balls are intensely powerful attacks, almost on the level of nuclear weapons in terms. They are made of black chakra in the ratio of 8:2. There are different ways to use the Tailed Beast Balls. They can be fired into a beam, which can pierce through defenses easily. Another way to use it is by manifesting it into a bomb. This increases the area of impact and inhibits any escape route of the target. The final and last way to use it is in the way form. This can be seen being used by Gyuki. It widens the area of impact as well but without any explosion.

It is an overpowered attack form that can devastate the enemies.

This is yet another powerful attack from Naruto Shippūden, which creates a gigantic statue with multiple hands. This statue can be operated by the user. The statue is made of wood and is large on a titanic level. It works as both defenses as well as an offensive attack for its strong wooden form.

The huge size of the statue allows the user to place stronger and wide-range attacks. Its wooden outlook makes it difficult to attack the user. The Sage Art Wood Release: True Thousand Hands is a very strong attack influenced by the Avalokiteswar, a Bodhisattva.

Used by Obito Uchiha, every Naruto fan remembers how overpowered Kamui was. It was a fascinating power to look at. Being a space-time jutsu, Kamui allowed its user to transfer objects to and fro the Kamui’s dimension. What made it even more amusing was that the objects in this dimension were untraceable. Obito could use Kamui on whatever he touches.

Kamui instantly feels like a defense attack, but it is terrific even as an offensive ability. The user can transfer into the dimension to escape. However, the user can also eject attacks like shuriken stored in the Kamui to attack the enemy. Obito also used Kamui on parts of his body to evade attacks.

The sixth out of the ten strongest attacks in Naruto is The Eight Gates. While the attack is overwhelmingly strong, it also comes with sacrificial drawbacks. Using Eight Gates comes with great risk to the health of the user. The gates limit the flow of chakra through the chakra system. Once these gates are opened, chakra overflows, enhancing the power of the individual. Opening the gates powered up the chakra yet damage the body. After opening the Eight Gates, Might Guy becomes ten times stronger than the five kages. He also almost killed Madara in this state.

However, the overflowing power ends up being too much for Might Guy. His bones start cracking from the strain of opening the Eight Gates.

5. Demonic Statue Of The Outer Path

It is one of the strongest attacks in Naruto, but the Demonic Statue Of The Outer Path can only be summoned by someone who possesses Rinnegan. However, it is possible to control this power without possessing Rinnegan. Summoning the Demonic Statue Of The Outer Path sucks the life out of the summoner. The statue emits lethal chakra that can kill many at a single touch. Once the purpose of its summoning is completed, the statue disappears.

Obito and Madara could, however summon the statue without having their life drained out. They did so by offering blood. A similar incident is seen with Nagato as the statue does not harm him either after he accidentally summons the statue.

Also Read: All The Rasengan Users From Narutoverse Anime & Manga

Indra’s Arrow was one of the coolest powers of Sasuke Uchiha. He created Indra’s Arrow by absorbing chakra from the nine-tailed beasts. He uses Susanoo as his vessel to create Indra’s Arrow. The chakra infused in these arrows is the lightning chakra. Indra’s Arrow was a very strong attack. It rivaled Naruto’s Six Paths: Ultra-Big Ball Rasenshuriken.

Utterly threatening, Infinite Tsukuyomi is based on illusion. It traps people in its dreams and extracts their chakra. The Infinite Tsukuyomi shows those under its influence a dream where they encounter their deepest desires. Madara Uchiha was a user of this ability. When under its effect, people become immobile and hence become easier to entrap.

While the ability seems simple, it could be lethal if people stay under its influence for too long. It deranges them of their freedom even if it gifts dreams of the most beautiful fantasy.

The Truth-Seeking Orbs are a Godly power, acknowledged by beings from within and outside the universe. They can only be wielded by someone who has awakened the Six Paths Senjutsu. The will of the user makes a huge difference in its impact. However, they hold the capacity to nullify any ninjutsu as well as disintegrate any attack in their way. Truth-Seeking Balls are balls of black chakra enhanced by the addition of Yin-yang release. Obito makes use of these orbs to destroy the parts of Edo Tensei.

The Naruto Universe offered us many such great powers. Looking back, the visual effects to portray these attacks were splendid. Every form of technique has been revamped or nerfed to shape the plot, but that is just how Kishimoto framed Naruto for the world. The amount of creativity to design this universe is truly commendable.

Who Is Chloe Sims Dating? The TOWIE Star Opened Up About Her Secret Relationship