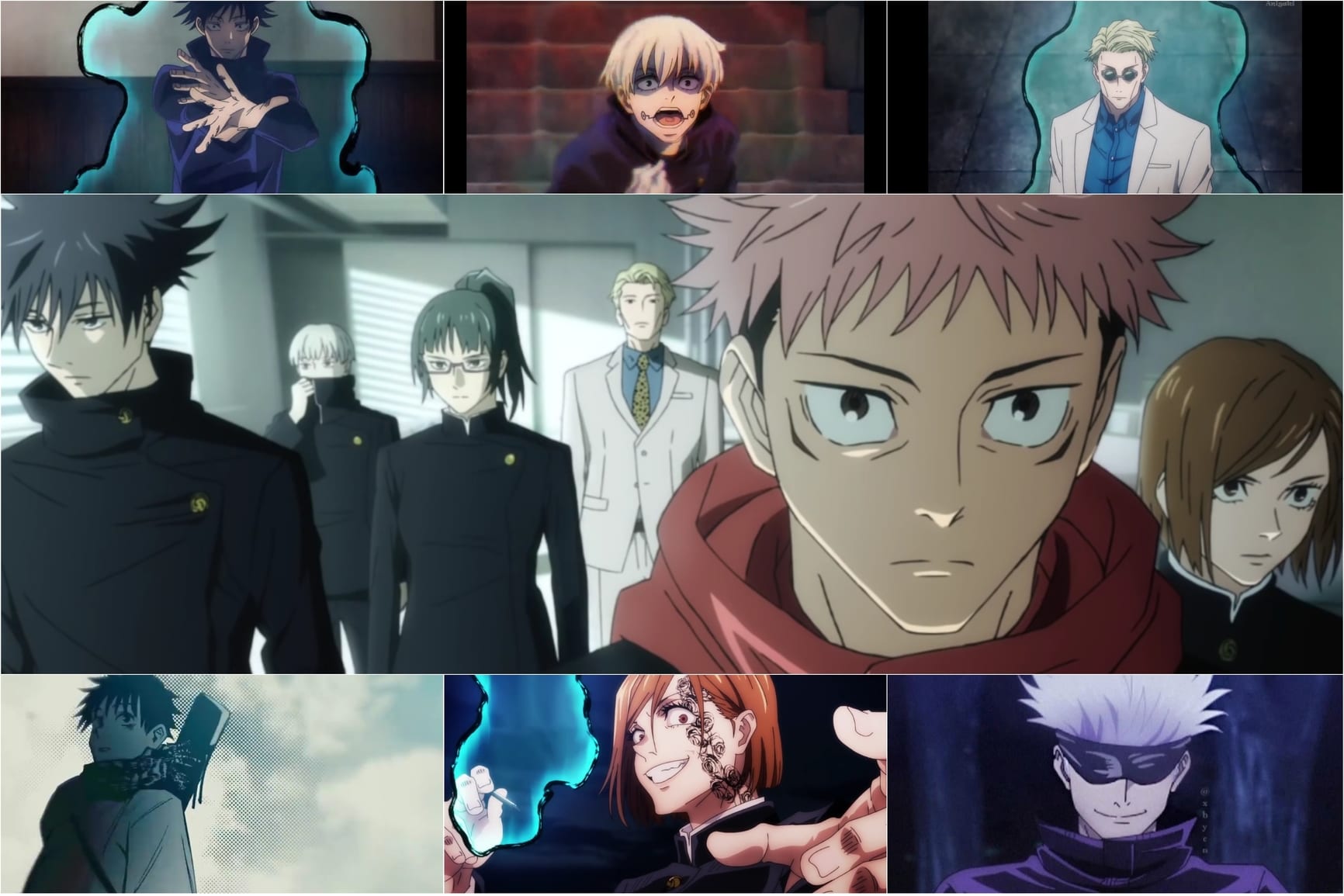 The fall of 2020 brought forward the most exciting series of the season, Jujutsu Kaisen. Anyone who missed it missed out on some top-tier animation, thrilling plot, and mind-boggling fight scenes. This new-age shounen anime is based on Gege Akutami’s manga by the same name. The manga is ongoing and is available to read on Viz Media. The sales of the manga have increased significantly over the months since the anime adaptation was released. Fans are getting more insight into the characters and the Jujutsu techniques that they exhibit. With the presence of so many Jujutsu techniques, it is obvious to wonder which is the most powerful Jujutsu technique. Here is a list of the top ten strongest Jujutsu techniques in Jujutsu Kaisen to help you come to a conclusion.

Spoiler Alert: The following article contains facts from the Jujutsu Kaisen manga. Do not scroll ahead if you don’t want to get spoilt!

The Death Painting arc brought forward an interesting turn of events for the protagonists as well as the antagonists. The primary antagonist of the arc is one of the cursed womb, Eso. Eso displays an alarmingly powerful Jujutsu Technique, which puts even Nobara and Yuji in a puddle. His cursed technique, Decay, infects anyone who comes in contact with it. As the name suggests, the infection causes the parts in contact to decompose.

Although Eso was defeated, his ability cannot be deemed weak. It was deadly, and the only way to escape it was by threatening him to undo the curse. Decay drew an excruciating pain in the infected ones. It is indeed not the strongest technique in the series but one of the strongest.

Nanami Kento has become one insanely famous character from the Jujutsu Kaisen series for his charm and offensive techniques. He is the epitome of what A Grade sorcerer should look like. His Ratio Technique easily makes it to the list of the top ten strongest Jujutsu techniques for its ruthless nature and brute strength. This technique allows him to create a weak spot on his target. He does so by dividing his target’s body with ten lines. At the ratio of 7:3, Nanami creates the weak spot and attacks it.

An extension of this ability, Collapse allows Nanami to create a weak spot in his surroundings in the same ratio. When Nanami strikes this spot, the entire surrounding collapses.

When Nobara Kugisaki made an appearance on the show, she fought off curses using a hammer and nails. Kugisaki’s growth into having one of the strongest Jujutsu techniques was bliss to witness. Her Straw Doll Technique lets her attack her enemies remotely using a straw doll. She can also connect the doll to the curses using an extended technique called “Resonance”. Any harm inflicted on the doll is also experienced by the connected curse. A further extension of the Straw Doll Technique is “Hairpin” where she can cause explosions of cursed energy using the nails.

Kugisaki’s techniques are intense. It is almost scary to imagine the kind of damage her techniques can cause. She becomes a hindrance to not just Eso in the Death Painting arc but also Mahito later in the manga.

The Cursed Speech is an inherited technique of the Inumaki Clan. The current user of this technique is Inumaki Toga. He bears the “Snake and Fangs” seal on his face. Cursed Speech is a tricky yet powerful Jujutsu technique. Anything Inumaki says immediately flows out along with cursed energy. Hence, he can direct his commands towards his opponents and control their movements. However, If his opponents have higher cursed energy than him, it takes a toll on his body.

Cursed Speech has been multiple times indicated as one of the strongest Jujutsu techniques.

The antagonist of the series, Jogo uses Maximum Meteor. Jogo can create volcano explosions wherever he desires. This extension of Disaster Flames, Maximum Meteor increases the complexity and strength of his techniques. In this technique, he creates a gigantic ball of fire and aims it at his target.

Jogo is not the strongest antagonist on the list. However, he makes an entertaining appearance which has the fans of Jujutsu Kaisen rolling.

The fifth out of the ten strongest Jujutsu techniques in Jujutsu Kaisen is Mahito’s Idle Transfiguration. Idle Transfiguration enables him to change the shape of one’s soul. Mahito is a sadistic and manipulative cursed spirit. The ability also allows him to heal himself and others.

Using Idle Transfiguration, Mahito creates an army of disfigured beings. The technique further lets Mahito merge two souls too. As the story progresses, Mahito also shows the ability to transform himself. His transformed form is buffed and resembles Hanami.

The technique is a dangerous one. What’s terrible about it is that it does not immediately kill people but instead turns them into mindless pawns for Mahito who seek death. One of the most tragic victims of Idle Transfiguration was Junpei.

The King of Curses, Ryomen Sukuna has taken a high liking towards Megumi for his inherited Ten Shadows Technique. The ability allows him to create Shikigami from Shadows. Megumi shows proficiency in his techniques as he becomes one of the rare Zenin members to process ten Shikigami at the same time. Megumi has proven his strength now and then, and he has been acknowledged for being strong even after holding back.

As the series progresses, Megumi can summon the strongest and most destructive Shikigami, Mahoraga. Exorcising Megumi’s Shikigami is difficult. The Ten Shadows Technique is a prestigious ability that he has inherited from the Zenin clan. So far, this technique is visibly one of the strongest Jujutsu techniques in the series.

Also Read: 10 Best Character Developments in Anime That Left Us in Awe

Yuta Okkotsu is one of the only three special-grade sorcerers. He is overwhelmingly powerful and has grown significantly since his admission into Tokyo Metropolitan Curse Technical College. Yuta does not hold the title of being an overpowered sorcerer for a single technique. He has multiple skills and abilities that win him the title. However, the strongest out of these strong techniques is the Cursed Rika Manifestation. He has gained control over the spirit of Rika that haunts him. Now, he can not only manifest Rika but also form the spirit partially.

Another brilliant ability of Yuta Okkotsu is his copying ability. This was first seen in the prequel series when Yuta copies Inumaki’s cursed speech technique. How this technique has evolved after his return to Japan is unclear as of yet.

Gojo Satoru is the most powerful sorcerer in the Jujutsu Kaisen series. Like Yuta, Gojo excels in executing many different techniques. A lot is yet to be discovered about his Six Eyes ability. He possesses another cool ability, Limitless. His Jujutsu allows him to control the infinity. Meaning he can manipulate space, but at the atomic level.

Limitless is only the foundation of his powers. Gojo’s strongest attack that we have seen so far is Hollow Purple. He adjoins the very concept of attraction and repulsion and creates this destructive force. Basically, it is the combination of the two of his previous attacks, red and blue yet stronger than both. It destroys whatever lies in the path and exhausts Hanami to escape in a single blow.

No one yet knows much about the King of Curse’s Jujutsu technique. In fact, even its name has not been revealed yet. However, Ryomen Sukuna has the strongest Jujutsu technique in the entire series. He has been shown to be merciless when committing mass killings. Ryomen Sukuna’s Cursed Technique is brutal. He slashes and cleaves through his enemies. Sukuna can carry this ability out on close targets as well as on a large scale population.

Sukuna also displays an ability to create and manipulate fire like Jogo.

Although a lot of characters are missing from this list, none of them can be pointed out as weak. All the characters in Jujutsu Kaisen have significantly amazing abilities that make watching the series the greatest pleasure.