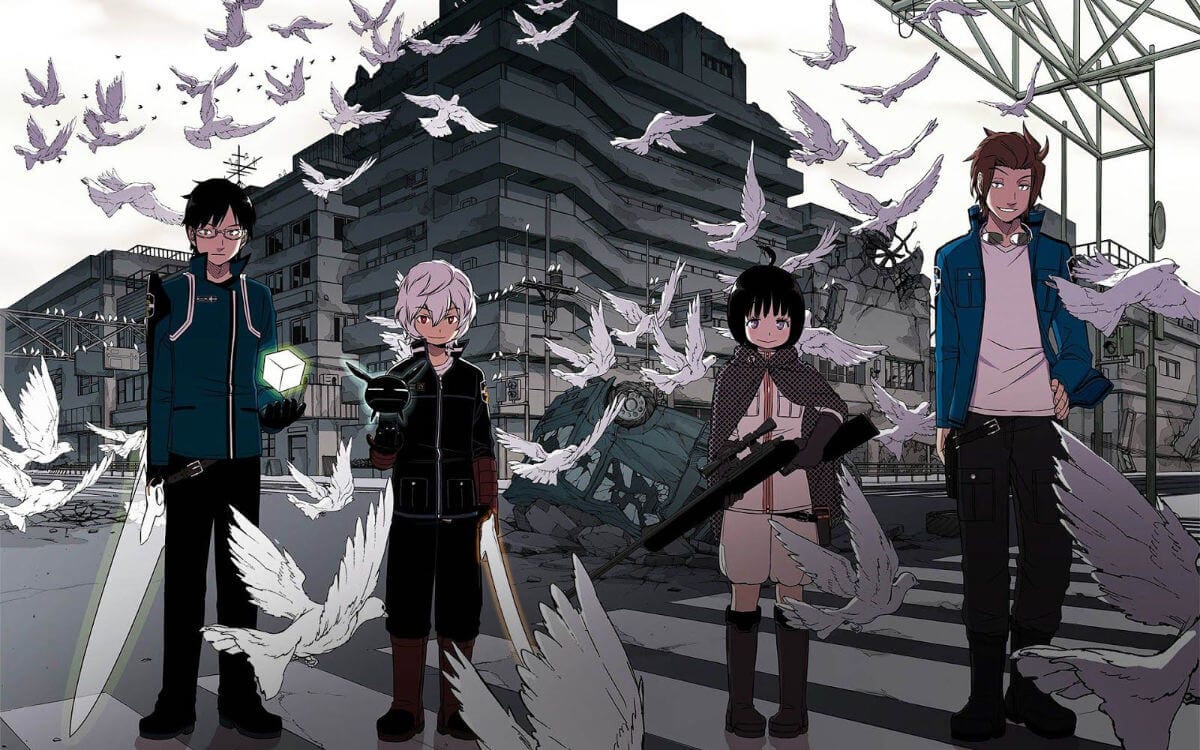 As we all already know, Snipers are specialized and skillful agents who make great use of Sniper Triggers. They are usually categorized into three separate ranks, in accordance with their level of power: A-Rank, B – Rank, and C – Rank. Even though quite a number of characters in the series have been seen using the Sniper, not all of them are termed as Snipers because they are still considered to be trainees!

‘World Trigger’ is considerably drowning with talented and powerful agents and snipers, out of which, a few have made into this list of the top 10 Snipers in the animated television and web series. We have handpicked characters, who emit sheer power and skill, just for you to browse through and determine who you think is worthy enough to be the number one Sniper of ‘World Trigger’. 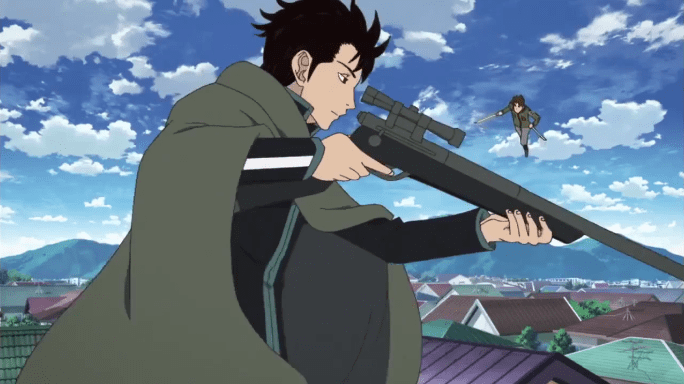 Being a member of the Arafane Unit, Atsushi Hokari is also a B – Rank Sniper. Nothing seems to amuse him or scare him. It is almost as if all his emotions and feelings are neutral or have gone numb. Atsushi usually would not speak much, but when he did, he would use certain figures of speech in his conversation. A ruthless and merciless side of Atsushi is highlighted when he does not hesitate to attack his friends by using psychological tricks to use their insecurities against them. 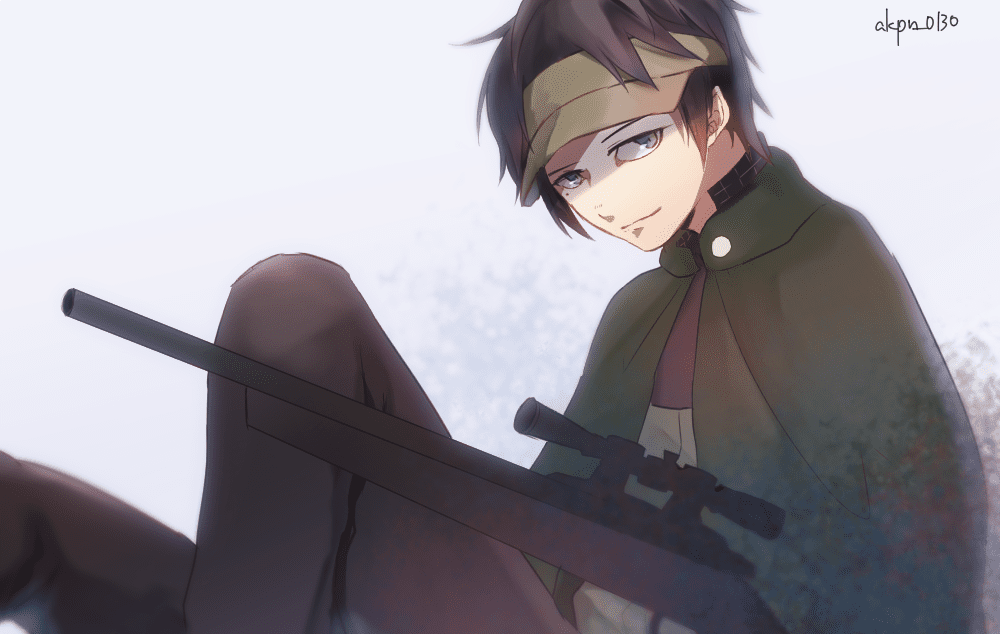 Being a member of the Ikoma Unit, Koji Oki is also a B – Rank Sniper. Confidence runs in his veins. Ikoma has also been considered to extremely flirty with younger women. He like complimenting pretty girls and telling them that he would like them to be his little sisters. Nonetheless, beautiful women are a part of his weakness. There have been a number of instances where he has not been able or has really regretted shooting his female opponents who seem attractive to him. 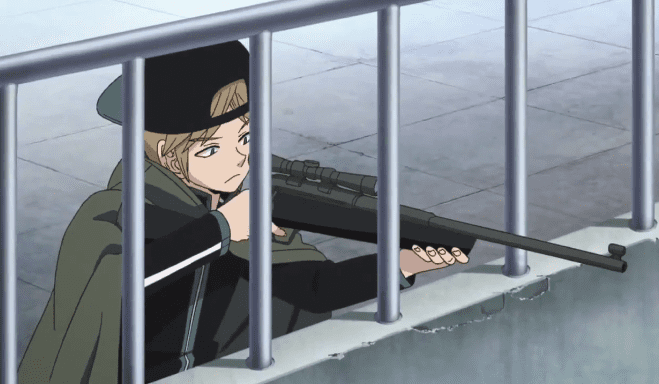 Being a member of the Arafune Unit, Yoshito Hanzaki is also a B – Rank Sniper. Full of low self-esteem and the tiniest amount of energy to fight, he usually ends up accepting missions that are out of his league. It is almost like a habit now. Nonetheless, he always tries his best when he is practicing how to shoot and how to snipe. All things considered, he makes good use of all the skills he possesses. 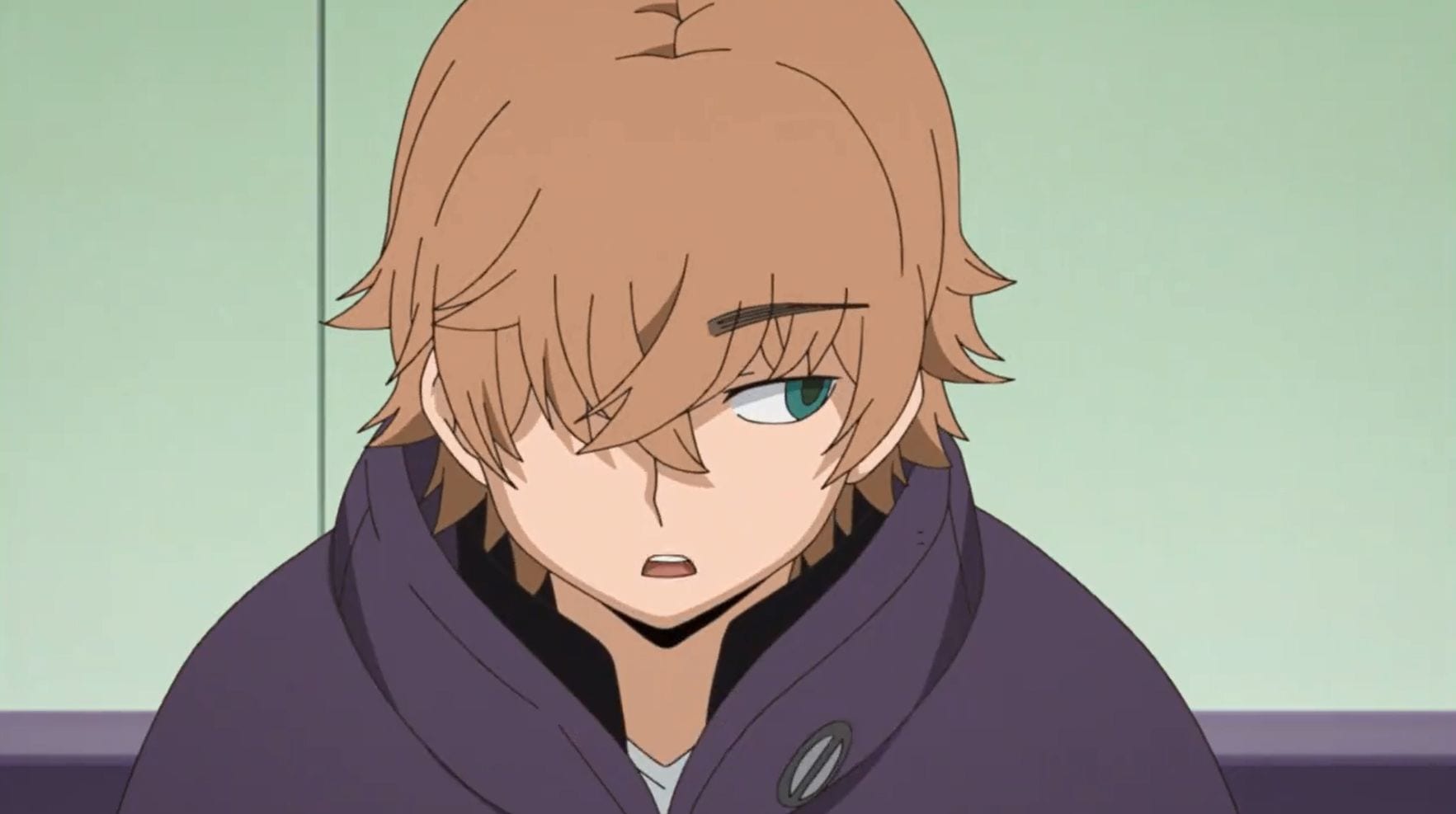 Being a member of the Kageura Unit, Yuzuru Ema used to be an A-Rank Sniper, but then became a B – Rank Sniper. Ema is a quiet person who is known to be brutally honest. Due to him being extremely straightforward and truthful, he is considered to be a little rude and insensitive by other people. Even though he very brave and confident, he is unable to confess his feelings of love to his crush, Chika. Even though he was a brilliant Sniper, he was not able to perform well during joint training. 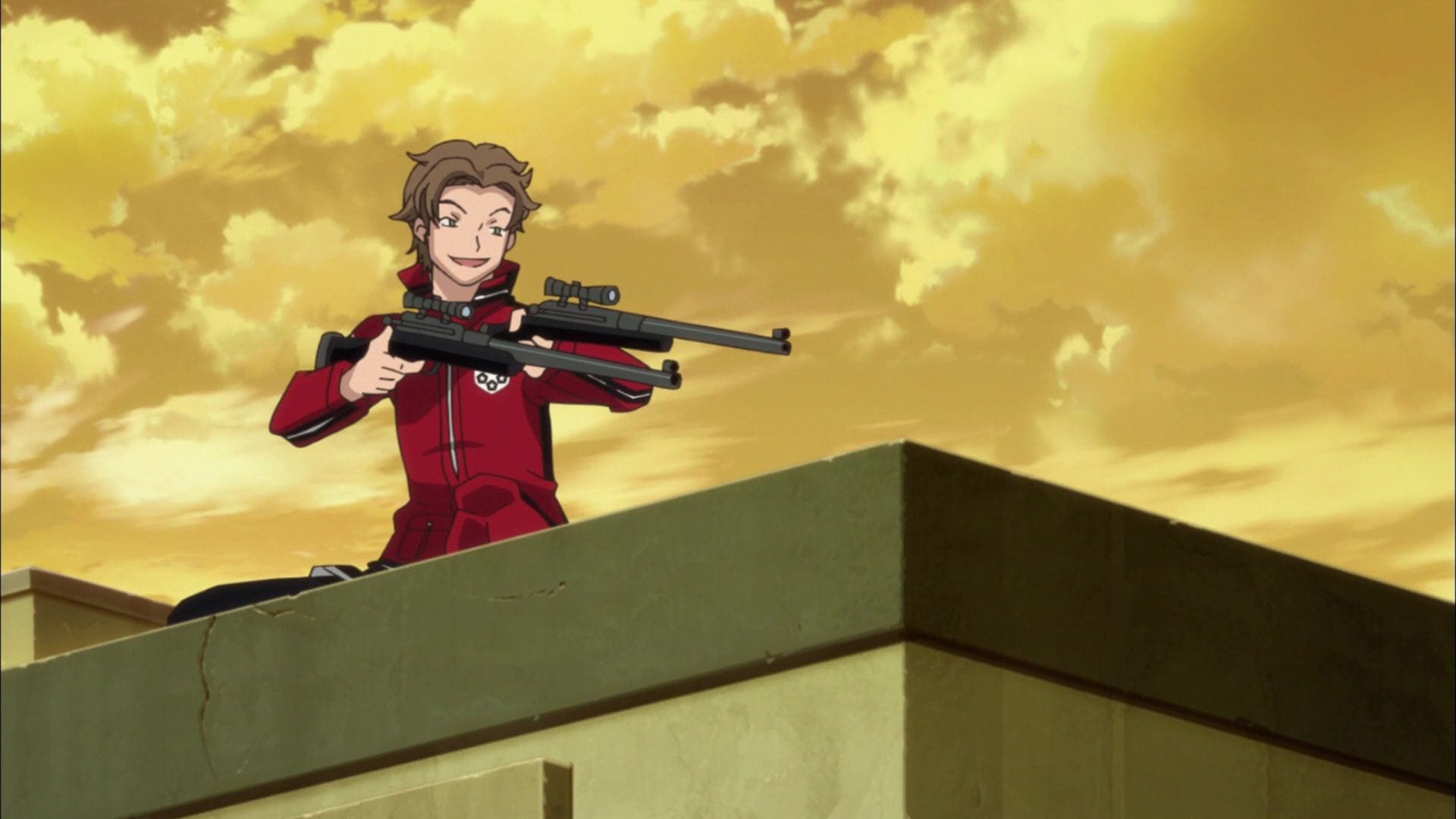 Being a member of the Arashiyama Unit, Ken Satori is a brilliant Sniper who is able to use two rifles at the same time. He has a silly and goofy personality and is never able to get serious about anything. Even during battle, he is unable to stop being goofy. Nonetheless, Ken is extremely skillful and thus, ends up flaunting his ability to use two rifles at once. Ken also loves being the center of attention. 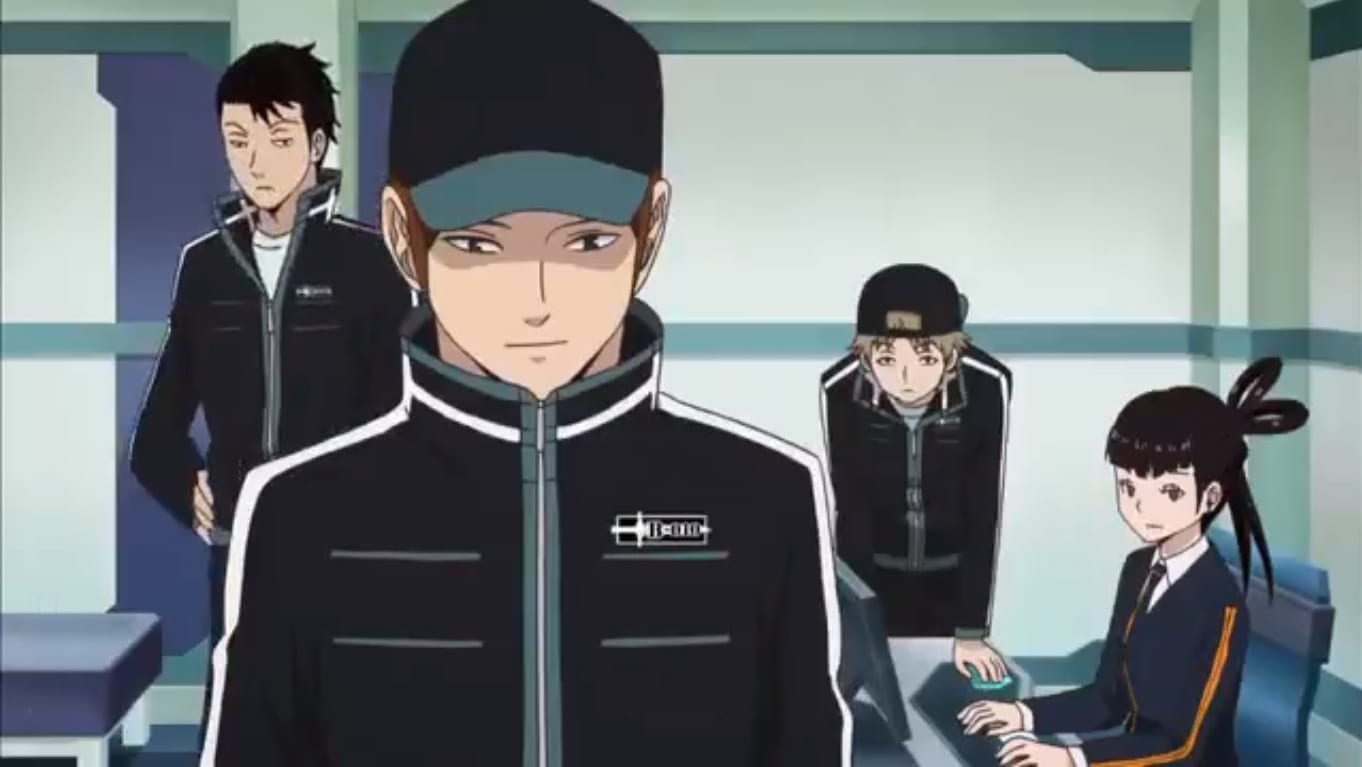 Being the captain of the Arafune Unit, Tetsuji used to be an Attack but he later became a B – Rank Sniper. Even though Tetsuji is a genuinely nice person, he has been considered to be very rude by some people. He loves battling strong opponents and enemies so much that the viewers have often witnessed him smiling during and after a fight. The fact that is super confident about himself makes him braver than many other Snipers. 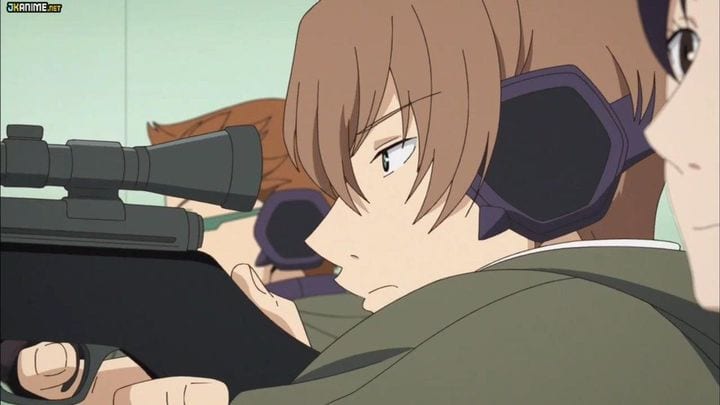 Being a member of the Miwa Unit, Toru Narasaka is also the 2nd most skillful Sniper on the Border. Quite similar to Miwa, Toru does not like the existence of ‘Neighbors’. Even though his facial expression is always frowning, grumpy or angry, he is one of the most reliable snipers in the animated series. Consequently, he is very well respected by everybody, including Kodera. 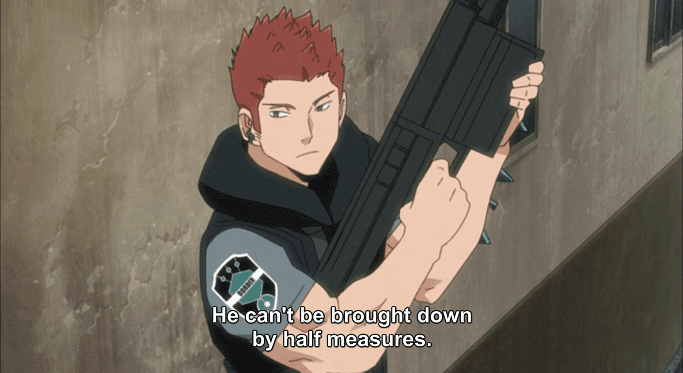 Being the leader of the Tamakoma Branch’s Kizaki Unit, Reiji Kizaki is an A-Rank agent. Since he is extremely talented, he is considered to be the ‘Perfect All-Rounder’ because he can flawlessly make use of a Sniper, Attacker, and Shooter form of triggers. Even though he seems cool and collected, Reiji is a very disciplined and strict man who was also Chika’s mentor at one point. Evidently, he did not go easy on her while teaching and mentoring her. 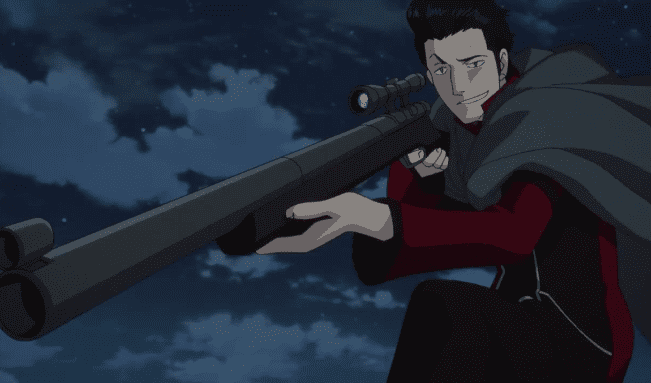 Being the leader of the Fukushima Unit, Isami Toma is an A-Rank agent and the most skillful Sniper of the Border, as well. Even though his character used to lurk around the borders of the good and the bad at the beginning of the series, he was gradually disclosed to be a nice person. Being immensely powerful, Isami ends up insulting and shaming those who are weaker than him. Nonetheless, he also has a very carefree and friendly personality in general. 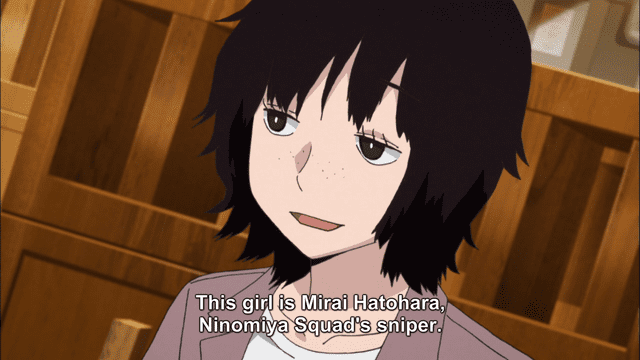 Being a former member of the Ninomiya Unit, Mirai Hatohara used to serve as an A-Rank Sniper. Many people end up underestimating her and term her to being stupid and unorganized. Nobody really knows much about Mirai, apart from the fact that she was as light-headed as she was clumsy. Nonetheless, Ema said that Mirai was talented in her own way as she was easily able to disarm her opponents and never needed to shoot them.