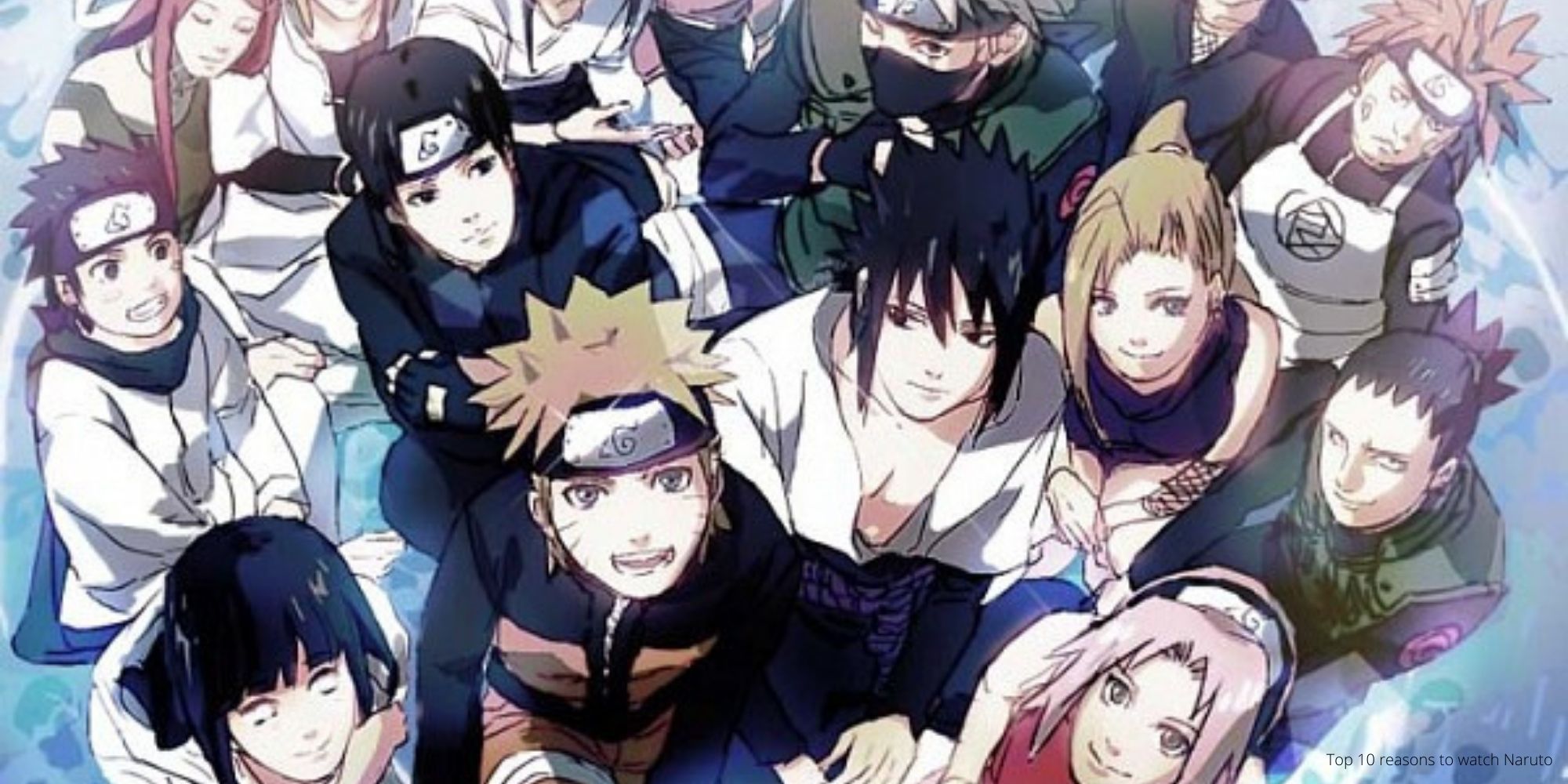 If you were born in the late 2000s, you probably grew up watching Naruto. It is one of the most inspiring animes ever to exist. Also, one can connect on a deeper level with the characters and their lives. The top 10 reasons to watch Naruto lie in its plot, characters, backstories, and teachings. If you are someone who is thinking of watching Naruto, here are ten reasons that will change your hesitation into assertion.

The Naruto universe is unique, with many villages and ninjas ready to die to protect their village. Naruto belongs to the Konoha village (The hidden leaf village). Everyone in the village avoids talking to him and treats him like trash because they know that he is the Jinchuriki. However, unaware of this fact, Naruto is determined to prove to everyone that is a worthy ninja by becoming the Hokage someday. The first episode of Naruto was released on 15th February 2007, and the show aired for almost ten years.

10. It Will Motivate You

The main character Naruto is an orphan. Also, he is rejected by everyone in the village. The only person who truly loves Naruto is Iruka Umino. He knows that Naruto is the Jinchuriki and entraps the beast that destroyed their village. Even then, he thinks that he is not different than any other kid and only needs love and care. When Naruto starts his journey to become a ninja, he is not very good with any skills. However, as he is determined to become the Hokage one day, he trains every day with every last molecule of energy in his body. 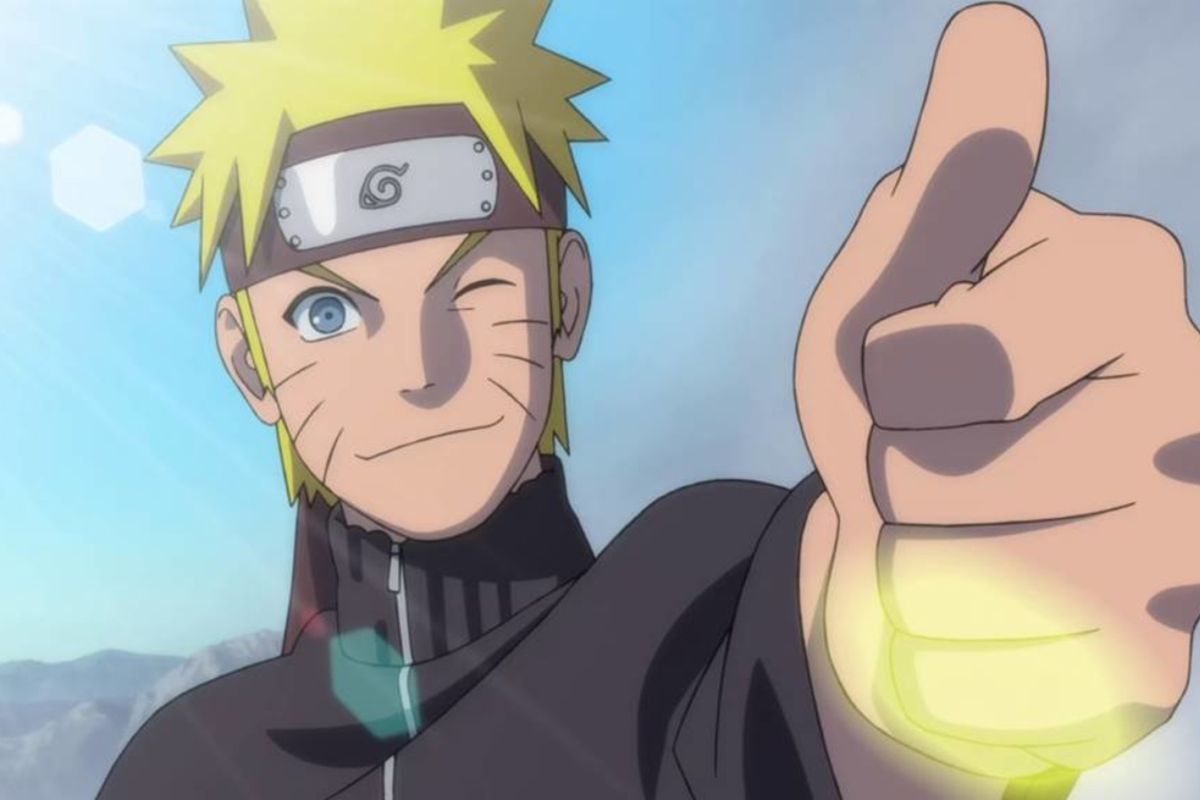 9. Naruto Is A Friend To Everyone

If you think you are alone and no one wants to be your friend, don’t worry, Naruto will always be there for you. Also, over the ten-year span, Naruto has never held a grudge against anyone. He thinks everyone has a good side and a sad backstory to them, and they deserve to be saved. Ranging from Gaara to Pain, Naruto has turned every enemy into a friend. Furthermore, if you start watching Naruto, his cheerful nature and positive outlook will never let you feel down. This is the best among the top 10 reasons to watch Naruto.

8. You Can Grow With The Characters

When the Naruto television anime was released, all the main characters were introduced at the initial stage. Because of this, the fans grew up knowing every aspect and nature of the characters. Moreover, the Shonen covers every part of Naruto’s life. From his parents being killed to him finally becoming a Hokage. The best part of knowing all the characters is that you can witness their character development and be invested in their journey. Similarly, Naruto gives fans a sense of pleasure as well as anxiety that comes with caring a lot about someone.

In Shonen Naruto, the story is not about just one village and the ninjas living in it. When we talk about the Naruto world, we have many villages where both ninjas and humans live in harmony. Also, every village has a leader together, they are called the five kages. Just like in any normal world, ninjas are assigned tasks by the leader’s office, and in return, they are paid. However, as the anime progresses, we also see the diplomatic side of the villages, where they fight together to save their citizens and the world. Moreover, there are special organizations like black ops and antagonist organizations like Akatsuki. 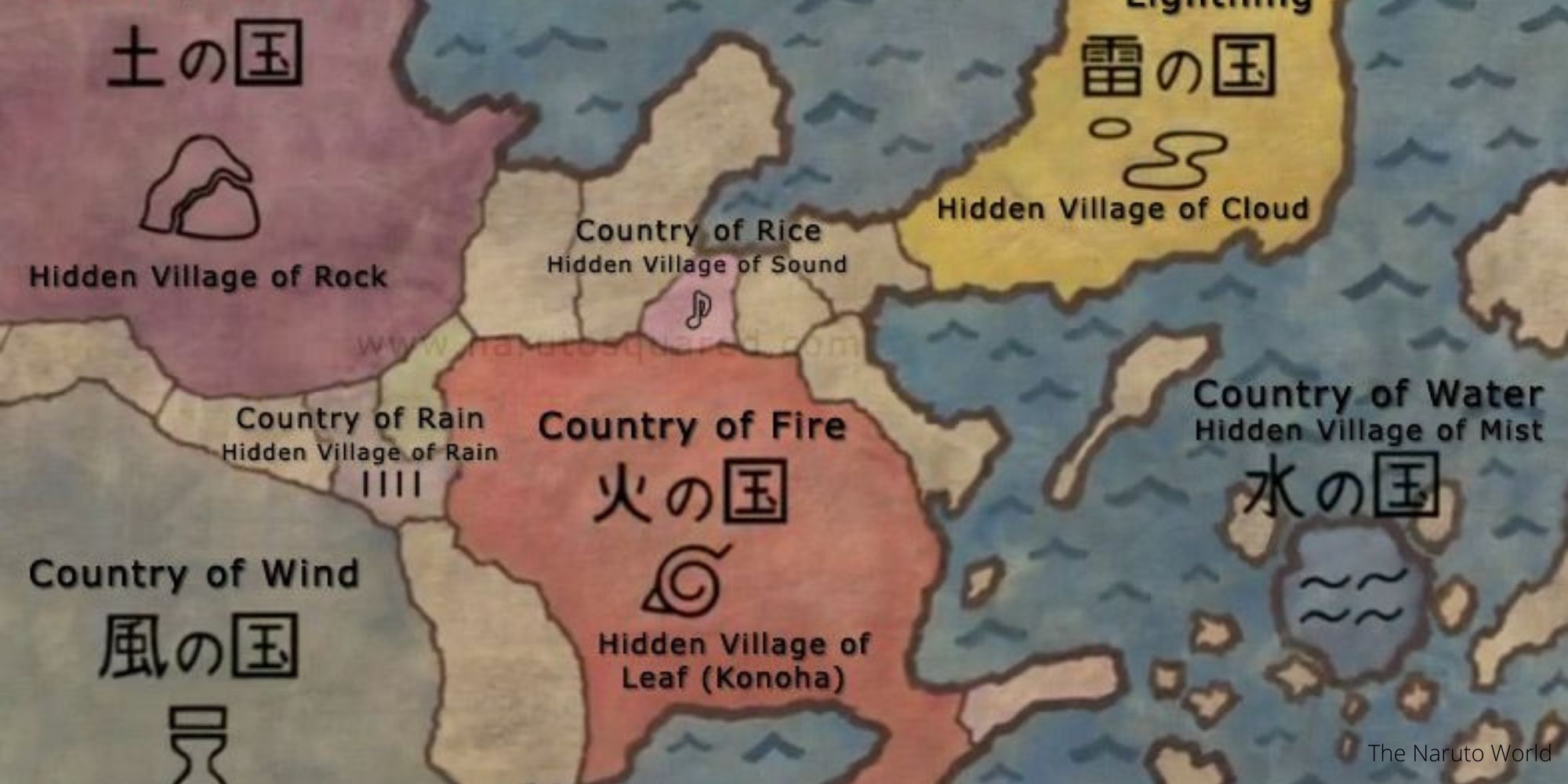 Naruto is not just for fun, it also helps you learn important life lessons that will help you throughout your life. The top 10 reasons to watch Naruto will give you an insight into the hidden gems of the anime. As Naruto is growing up, he is set up by a sensei in his academy so that he would unleash Kurama. However, when Iruka sensei comes to save him, he learns the true meaning of love. After when Sasuke leaves the village in order to become stronger, Naruto decides to never give up on bringing back his friend. Moreover, Naruto teaches us that no matter how bad a villain is, there is always a good part somewhere in them that is worth saving.

Naruto, unlike any other anime, has a set of extremely powerful characters. The strongest protagonist characters of the anime are Minato Namekazi and Jiraya. In a sense, Naruto is a descendant of both of them as Minato is his father, and Jiraya has taught both Minato and Naruto. Also, Naruto has the most inspiring female characters like Tsunade, Konan, Kushina, Yugitto Ni, and many more. All of these characters inspire us to be the best of ourselves and give out all to make the world a better place.

4. Everyone Has Cool Ninjutsu

If you are an anime fan, you must know that in every shonen, the characters have unique and amazing powers. The most amazing technique in the whole Naturo series is Infinite Tsukuyomi. This is considered the deadliest Jutsu as it entraps the whole world into an illusion. As every person rests in the cocoons dreaming, their chakra is drained, and they turn into mindless puppets.

Other than this, there are many cool Jutsus that we get to know about as the anime progresses. Some of them include Kotoamatsukami, Chibaku Tensei, Six Paths: Rasenshuriken, Eight Gates Formation: The Gate of Death, Tengai Shinsei, and Edo Tensei. Among all of these, Jutsus Edo Tensei might be the most dangerous technique as it is forbidden. This Jutsu allows bringing back the dead ninjas to life. However, it is reanimation, and then the corpses can be controlled by the user. 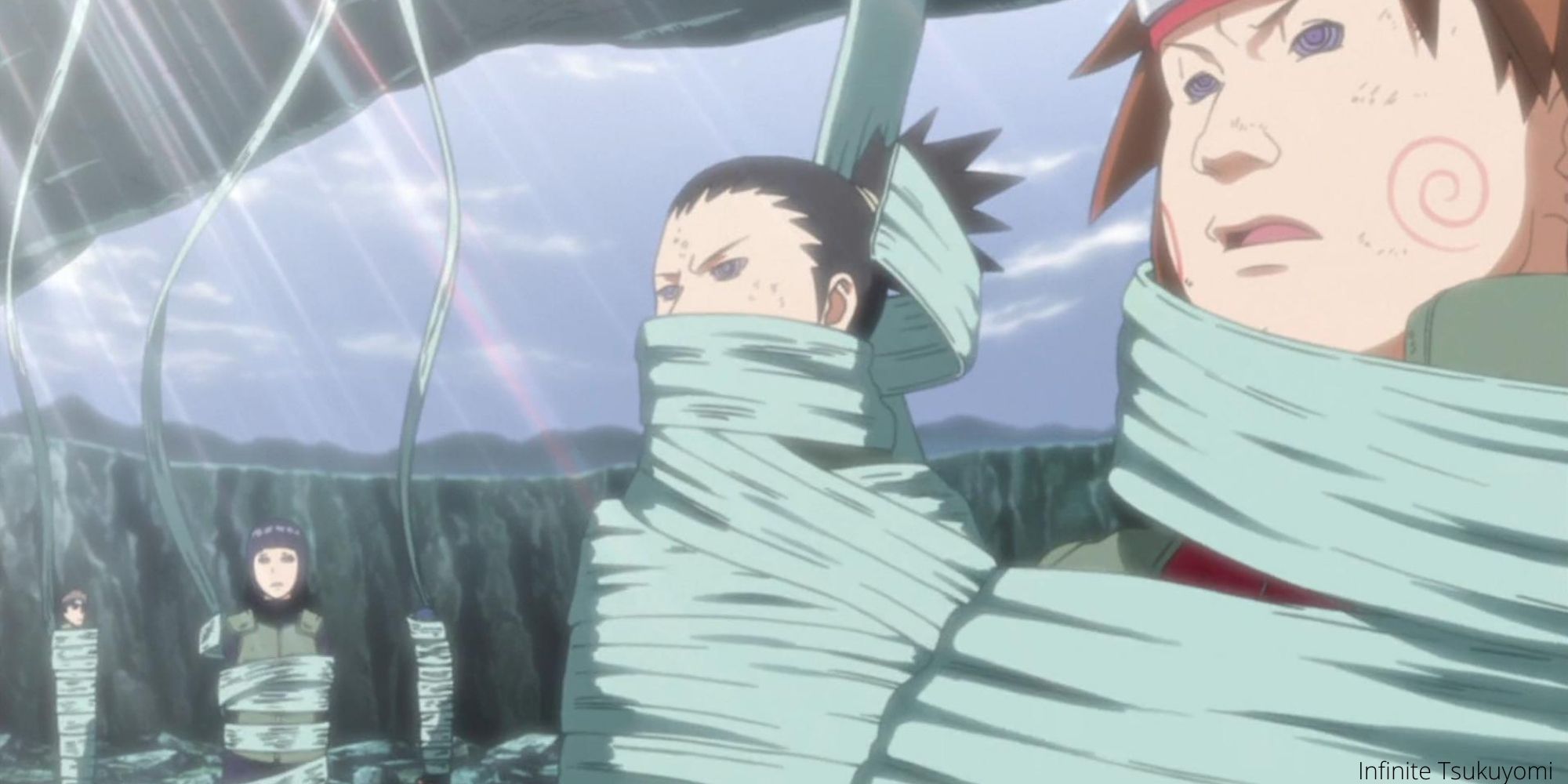 Every character in the Naruto series has a heart-felt backstory. As for the main character Naruto, his backstory is that he is the son of the fourth Hokage Minato and the Jinchuriki of Uzumaki clan Kushina. When his mother was under labor, the seal that holds Kurama weakens. Obito takes advantage of this and releases Kurama upon the Konoha village. Both Minato and Kushina die trying to save the village and their son by entrapping Kumara into Naruto. However, this decision brings a lot of suffering for Naruto for a long time.

On the other hand, the Naruto character that has the saddest backstory is Itachi Uchiha. He is the older brother of Sasuke Uchiha. At a young age, he joined black ops and soon progresses in his ranks. However, some of the Uchiha clan started to plan a coup against the Hokage to overthrow him from his position. This led to a decision to mass killing of every member of the Uchiha clan.

In order to protect his brother, Itachi took the responsibility for himself and in the end, turned out to be the villain everyone despises. For his whole life, Sasuke thought that his brother killed everyone for his own selfish reasons and decided to become strongest than him to take revenge. When Itachi finally dies, Sasuke gets to know the truth and decides to take revenge on the Konoha village.

The top 10 reasons to watch Naruto are incomplete without the mention of the epic villains in the anime. When the anime started initially, we use to think that Zabuza and Haku are the strongest villains we’ll ever get to see. However, we were wrong. In the final battle of Naruto Shippuden, Kaguya Otsutsuki arrives. She is the creator of all ninjutsu and the mother of the two strongest ancestors in the history of Naruto. Moreover, she is the first ten-tailed Jinchuriki to ever exist.

The strongest villain to ever exist in Naruto is Kaguya Otsutsuki. She came to earth to resolve human conflicts and teach them new ways of living. At this time, she fell in love with an emperor and got pregnant with his children. However, the emperor betrayed her because of a misunderstanding. In the end, Kaguya ends her enemies and starts a new life on earth with her two sons Hogoromo Otsutsuki and Hamura Otsutsuki. 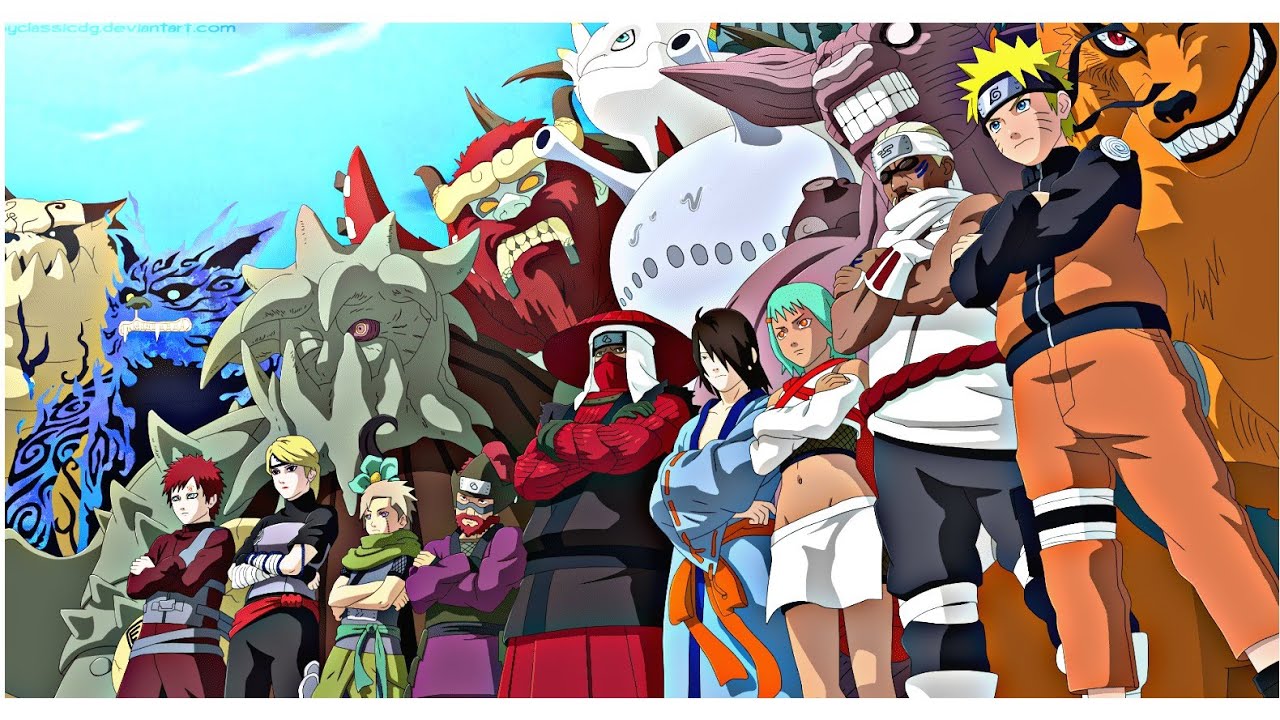 When they grew up, they learned about the evils ways of their mother and sealed her away from earth. After this, Hgoromo Otsutsuki tried to take away the ten-tailed beasts’ powers by giving them to nine different beasts. These beasts are then entrapped in the Jinchurikis. In the Naruto universe, there are nine Jinchurikis. However, some of them die because of the Akatsuki attacks.