Electronic Arts’ 29th installment of the classic football game FIFA series, FIFA 22, has everybody excited and ramped up. The Prime Icons and their batches are always something cool to talk about. If you’re a young gamer, you learn about the game’s history. And if you’re a seasoned gamer, you relive the days of thunder when these guys were at the top of the game. Here, we take a look at the Top 10 Prime Icons in FIFA 22.

The FIFA Icons celebrate and honor the best players in the history of the game. And if you play FIFA, you know you can craft your team and have these players in your roster to bring you the glory in football matches that will have all the great stuff that EA Sports knows how to bring. Now, without any further ado, let’s take a look at some of the players at the top!

Are you ready to build your FIFA 22 FUT?

What Are FIFA Icons?

After hanging up their cleats, FIFA 22 ICONs honor the greatest footballers of all time with special cards in Ultimate Team. Not only will they have played for some of the best teams in the world, but they’re also likely to be an excellent addition to our FIFA Ultimate Team. The FIFA market, at the very least, is likely to pay a premium for them.

Since the introduction of ICONs in FIFA 18, there have been four new additions each year, and there will be another four in FIFA 22. And if recent disclosures prove to be accurate, there may be even more this year. For those of you who aren’t familiar with FIFA 22 ICONs or FUT’s new historical names, here are the details:

There are over one hundred icons in FIFA 22. Also, the Prime Icons are there to take up the sweepstakes. You’ll hear, watch and read a lot of heated debates on who’s better or which card you should pick. And come to think about it, it all comes down to how do you want to build your team. What is your game style? As we know, FIFA isn’t just about winning. It’s about winning and playing the game with style, isn’t it?

We’re not talking about the great Greek philosopher, but the great Brazilian footballer whose name was Sócrates Brasileiro Sampaio de Souza Vieira de Oliveira. He played for Flamengo, Corinthians, Santos and Botafogo. With the National Squad, he played between 1979 and 1986, scoring a total of 22 goals. In FIFA 22, his fuzzy, hairy head will score great in this football game, and his passing is way beyond describable! Stats: 81 PAC – 90 SHO – 91 PAS – 90 DRI -45 DEF – 84 PHY. 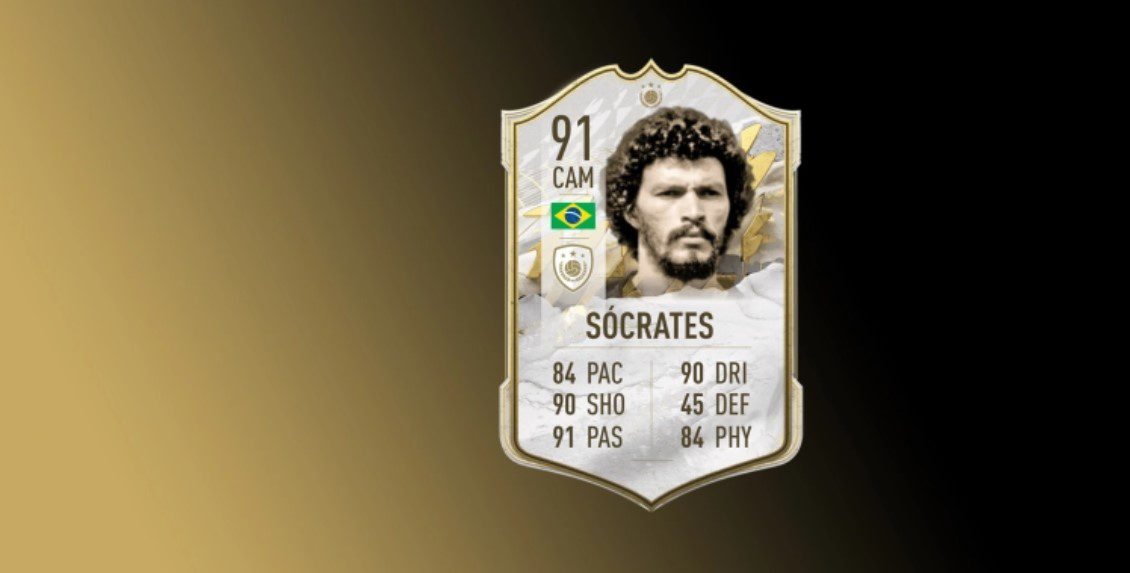 Josep “Pep” Guardiola was one of the best central defensive midfielders out there. He cut his teeth in Gimnastic Manresa before rising to fame in FC Barcelona between 1984 to 2001. After Barcelona, he went to Brescia, Roma, Al Ahli and concluded his career in Dorados de Sinaloa. Later on, he became one of the best managers out there, coaching FC Barcelona, Bayern Munich, and Manchester City. Though in FIFA, he lacks a little bit of the bravado he had in Camp Nou, here are his stats: 78 PAC – 81 DRI – 65 SHO – 88 DEF – 88 PAS – 83 PHY Pep Guardiola was the fierce defensive midfielder in FC Barcelona and he can do the same for your team!

Another great FC Barcelona player, Bulgarian Hristo Stoichkov cut his teeth in Hebar, then moved on to CSKA Sofia, then got picked up by the Blaugranas and made it big in the mid-1990s. His dribbling was amazing in real life, and in the game is just as good. Also, his pace will leave you wanting him for your squad. Here are his stats: 92 PAC – 93 SHO – 86 PAS – 92 DRI – 50 DEF – 86 PHY 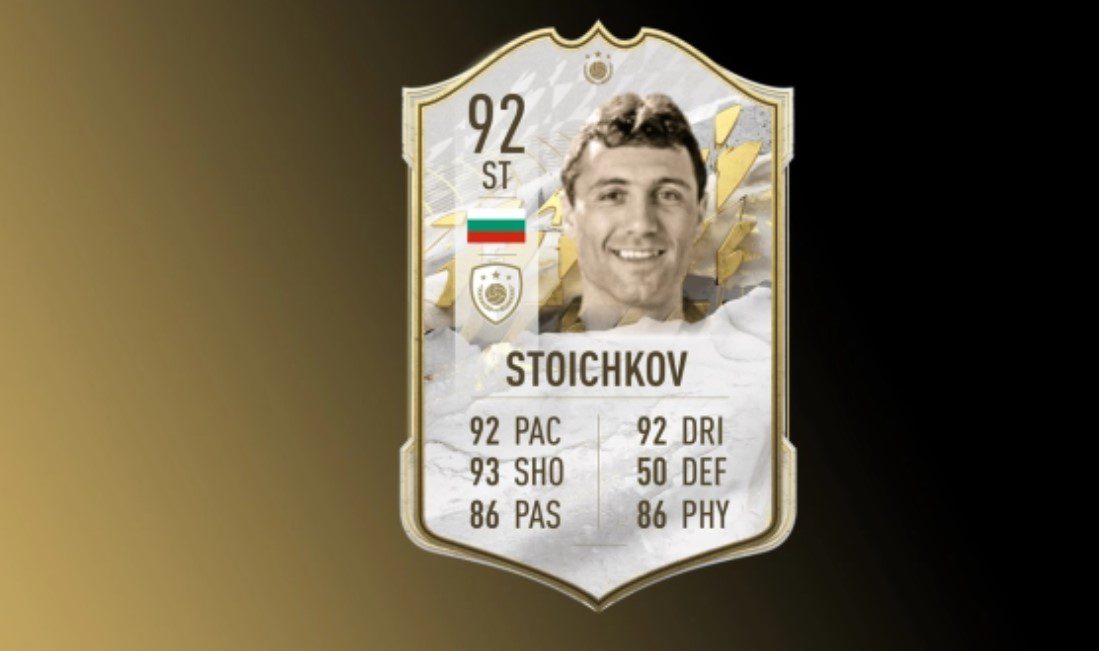 Stoichkov’s passing will help you a lot in the midfield should you pick him! Zambrotta is the only defender in this shortlist but don’t let his stats fool you, he’s really good! 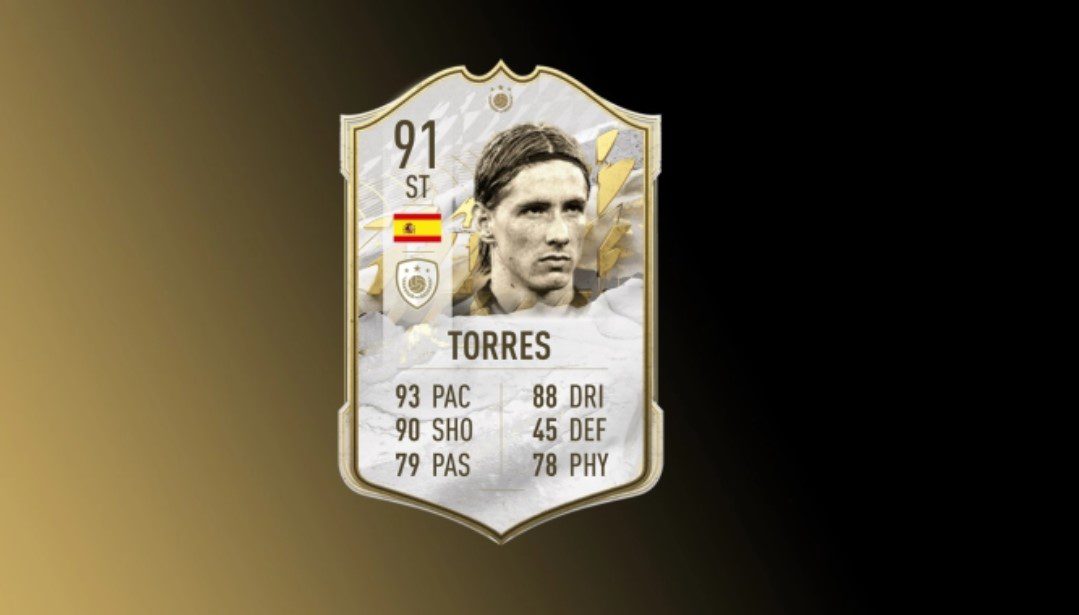 “El Niño” Torres is a great center for any team!

Xavi played from 1998 to 2015 in FC Barcelona. He played for fourteen years with his national squad for a total of 144 games, scoring a total of 13 goals. During his active years, he was one of the greatest center midfielders in the Blaugrana squad, full of spirit and bravado. Now he coaches FC Barcelona, and the developers at FIFA gave him an impressive Icon card. Just look at the stats! 81 PAC – 93 DRI – 80 SHO – 72 DEF – 72 PHY – 95 PAS Ghanian midfielder Michael Essien was a sensation at Chelsea, Olympique Lyon, AC Milan, and Panathinaikos. With his national squad, he played a total of 59 games scoring nine goals between 2002 and 2014. And in FIFA 22, the developers chose to create his strongest and most overpowered version, and that’s recreating his years at Chelsea FC; with a whopping pace of 85, he’ll leave his opponents eating dust behind him. Also, the rest of his stats are impressive! 85 PAC – 82 DRI – 76 SHO – 90 DEF – 90 PHY – 81 PAS 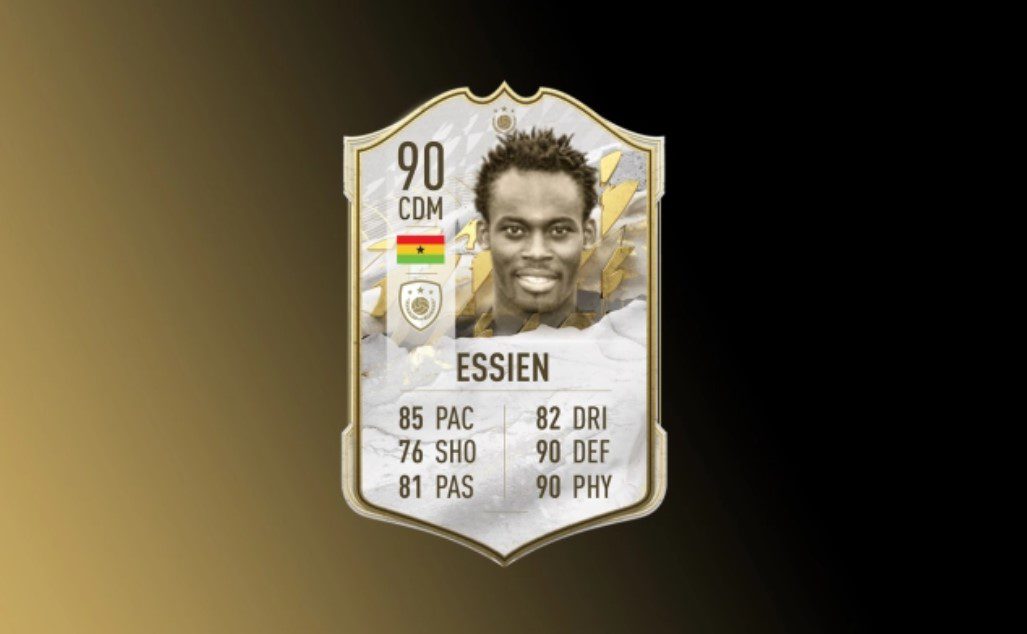 Essien will leave everybody behind him eating dust with his mighty pace!

Finally, a Madridista makes it to the list. Not only that, but he makes the podium! No bias there, this French midfielder from Kinshasa, Zaire, played in Nantes, Olympique Marseille, Celta de Vigo, Real Madrid, Chelsea, and Paris Saint Germain. With Les Blues, he played between 1995 and 2008 in 71 games. For FIFA 22, the developers chose to overpower his card with defending and physical skills. Check out the stats 80 PAC – 50 SHO – 79 PAS – 80 DRI – 88 DEF – 88 PHY Makélélé is a great French footballer and with his defending skills, your midfield will be safe!

Zola is a great Italian centerfielder —though in real life, he also played as a striker— who played in several clubs like Nuorese, Torres, Napoli, Parma, Cagliari, and most notably, Chelsea, where he also worked as an assistant manager. Between 1991 and 1997, he played 35 with his national squad and scored ten goals. With great statistics for dribbling and pace, he’s an excellent pick for any FUT team in FIFA 22. That’s why he’s on our silver medal podium in this countdown! Check out his stats 86 PAC – 91 DRI – 91 SHO – 43 DEF – 88 PAS – 63 PHY Zola’s stats make him great for any metagame in a FUT Team for FIFA 22, if you know, you know!

Ricardo Izecson Dos Santos Leite, aka Kaka, is a football prodigy from Brazil who cut his teeth in Sao Paulo FC, then moved on to AC Milan and Real Madrid. With the Canarinha, he played between 2002 and 2016 in a total of 92 matches scoring 29 goals. His style is unpredictable. He was a friendly player on the field and a great asset for the clubs that had him on the roster. And for FIFA 22, he’s the most coveted Icon card out there, his stats are just amazing, and that’s why he’s in the top spot earning the gold medal in this countdown. Stats 91 PAC – 92 DRI – 86 SHO – 44 DEF – 88 PAS – 73 PHY Ricardo Kaka takes the number one spot in our countdown!

And what do you think of these Icon cards for FIFA 22? Do you think you’ll give any of these players a shot at your FUT team? Do you like our recommendation? If so, try sharing this article with your friends and family that play FIFA 22 on your preferred social media to see what they think! That’s all from our side. We are signing off here at Otakukart, but not without inviting you to keep coming back for more daily updates on all things entertainment. See you soon!