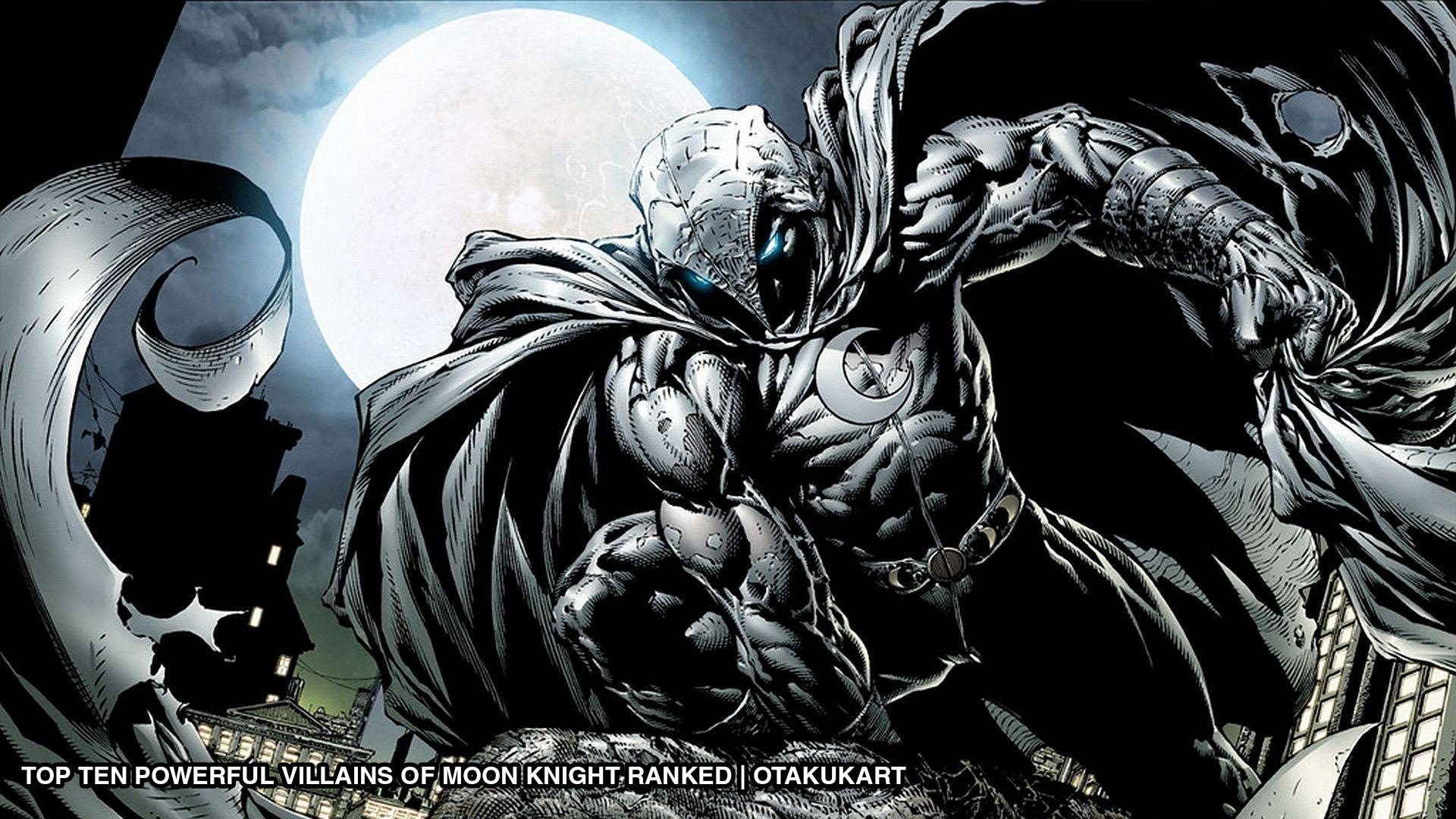 All the Marvel fans are pretty interested to know more about the arrival of Moon Knight. Well, the Marvel universe has a lot of things planned for us. And these things will certainly create a completely different emphasis on our minds! And guess what? This series will once again introduce us to all the prominent actors. And we highly admire them in the Hollywood film industry. Moreover, the news of this show has certainly spiked up the interest of all the MCU fans. Everyone is desperately waiting to get more information on the top ten ranked and powerful villains of Moon Knight.

When it comes to the lead role, we’ll get to see Oscar Isaac as the Moon Knight. Little did you know that this Marvel character is a pretty special one! And guess what? He’s often referred to as the one who suffers from schizophrenia. Moreover, Marvel has been increasing the hype around this series since the very beginning of 2019. And now, finally, you’ll get to watch this series on March 30, 2022. So, looking at his character as the protagonist. We might get to see some supervillains too! And in this article, you’ll get all the details about the top ten ranked and powerful villains of Moon Knight.

Well, Oscar Isaac is a brilliant actor. Throughout these years, he has been a part of several other Marvel projects too. And guess what? Isaac has primarily gained his share of popularity through his role in the Star Wars Trilogy. When it comes to the Moon Knight’s character, he has built up all the necessary complexities of this particular MCU superhero. His personality as an anti-hero has created a rave among all the fans. Little did you know that Moon Knight is known for his mystical as well as physical abilities. 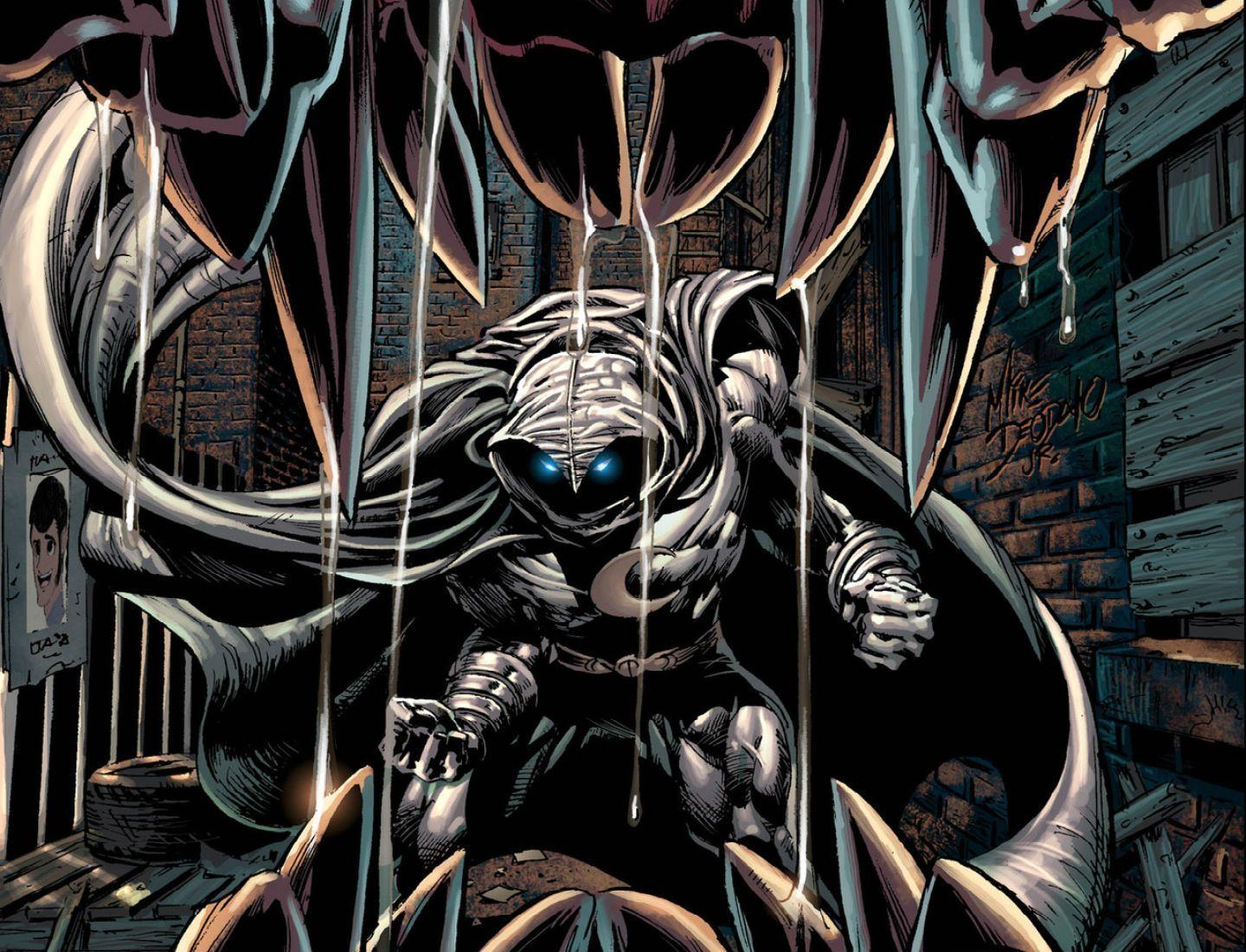 He can use his powers to tolerate any amount of pain. This would lead him to slip out of excruciating moments in his fight. Moreover, his visions help him to determine any situation beforehand. The best part about him would be his increasing powers in the moonlight. And there are several speculations wherein Moon Knight got his powers from the Moon Deity Khonshu. Well, there’s no doubt that Moon Knight is pretty powerful in terms of strength and tolerance. Apart from that his manipulating abilities enhance them even more.

On the other hand, Profile is placed in the tenth position because he has helped Moon Knight several times. Several speculations state that Profile’s villainous mind can easily use a person’s darkest desires. 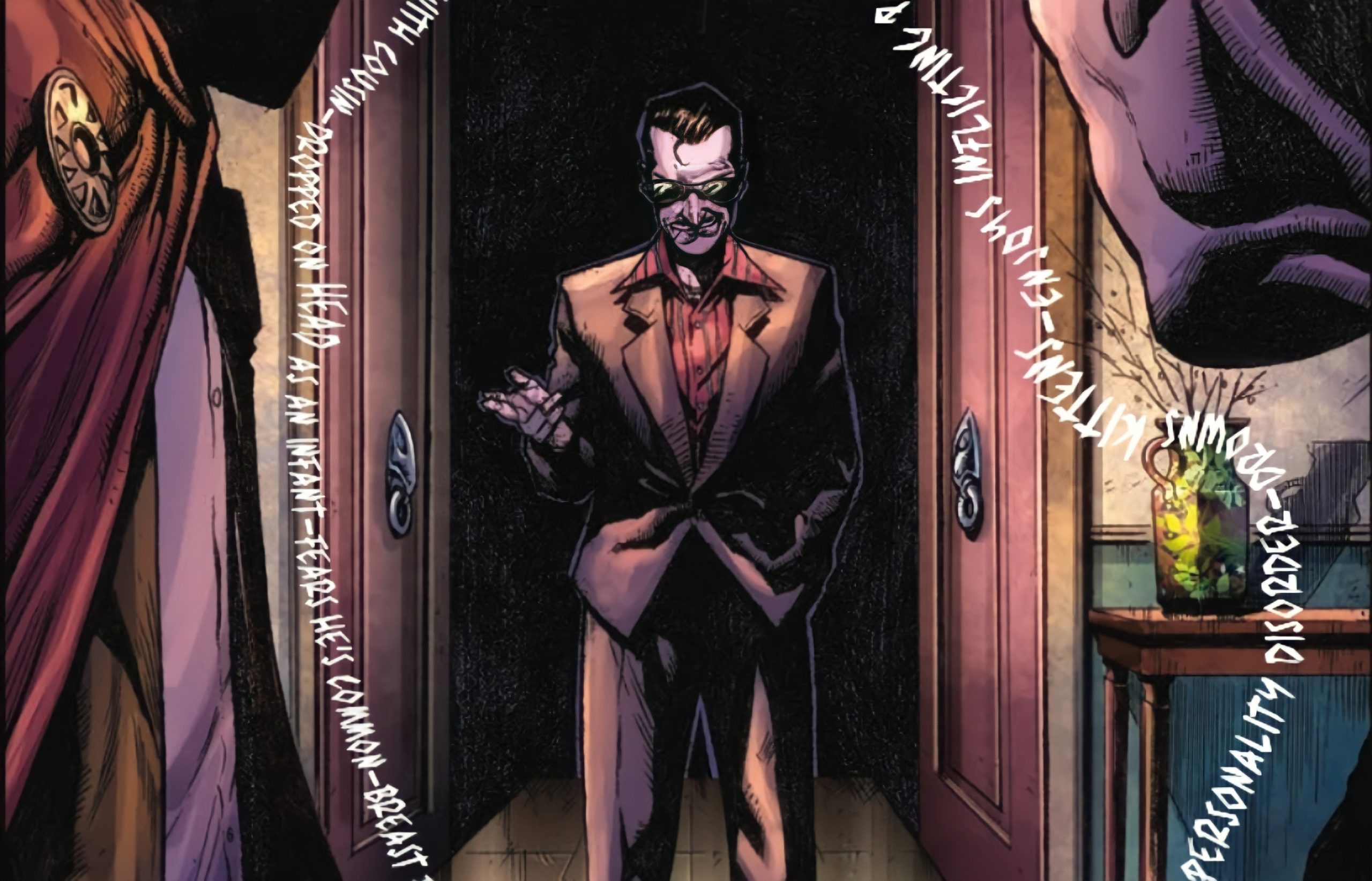 The Profile: He can easily read a human being and provide all the information about his background

Bullseye is surely one of the most important parts of the top ten powerful and ranked villains of Moon Knight. In the Marvel Universe, Bullseye is pretty famous for his manic mind and powers. The best part about him would be his ability to turn the simplest object into a weapon. Moreover, his supernatural abilities make it easier to attack someone with force and power. Moreover, he has severely injured many of his opponents with absolutely harmless objects. When it comes to throwing objects, no one can beat Bullseye and his predictions. 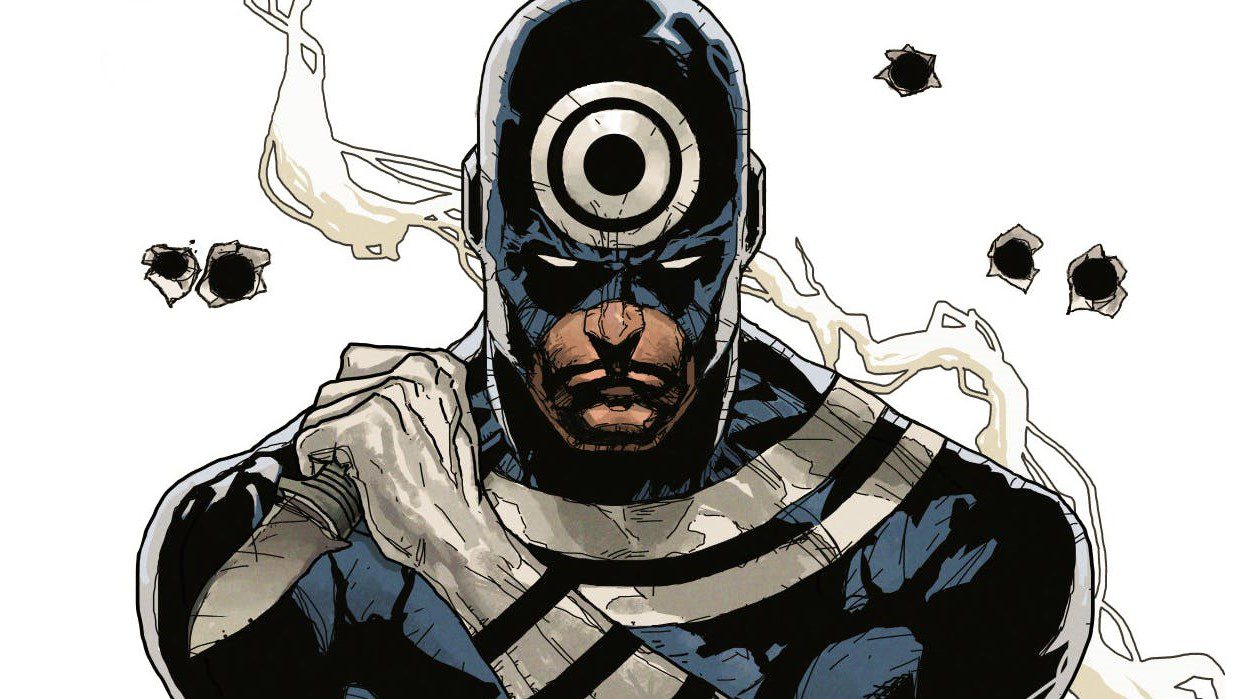 Bullseye: He can turn any fragile object into a strong weapon.

Well, Human Fly is one of the feared supervillains of Moon Knight. Apart from Marc, he also wanted to defeat other superheroes like Spiderman. The most interesting yet weird fact about Human Fly would be his powers. It seems like he was injected with the abilities of a fly. But later, this became a huge challenge for him. Since he started losing his sanity as each day passed, Human Fly turned into something entirely different from his character. Well, he is a very strong villain, and he can attack anyone with his vomit made of acid, and Human Fly can easily protect himself from any dangers. 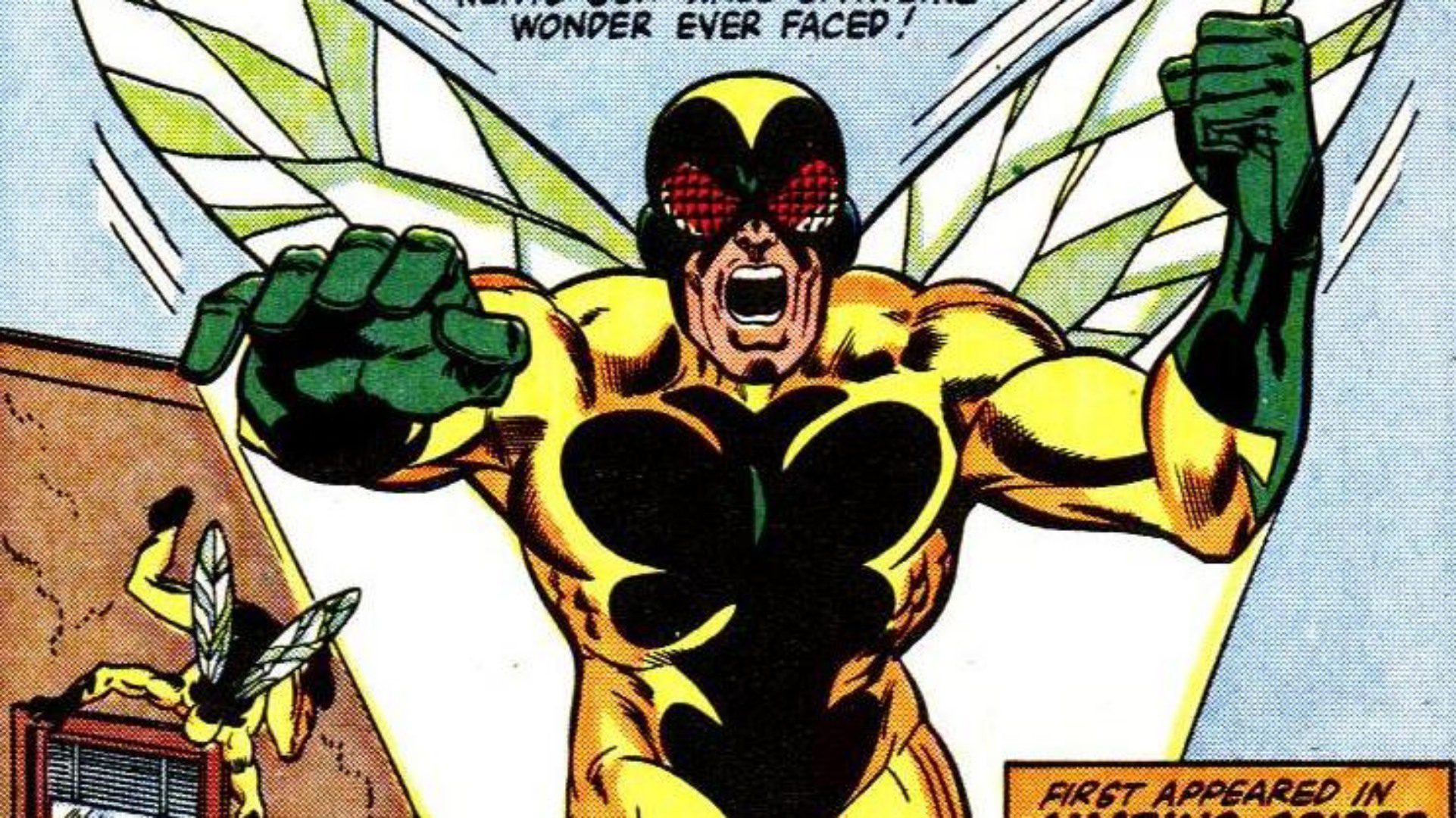 Human Fly: After he was injected with the DNA of a fly, he started losing his sanity and eventually started inhibiting all their characteristics.

Also Read: Best Anime Fights Of 2021 That You Should Watch

Bushman is one of the oldest villains of Moon Knight. And he needs a spot in the top ten powerful and ranked villains of Moon Knight. Well, partially, he is the main link between Khonshu and Marc because if he didn’t attempt to kill him, Khonshu would’ve never resurrected him as Moon Knight. And this happened because of Bushman’s greed. During an expedition in Egypt, they found lots and lots of gold. And guess what? Blinded by greed, Bushman wanted to keep it for himself. So he tried killing Marc and everyone present there. 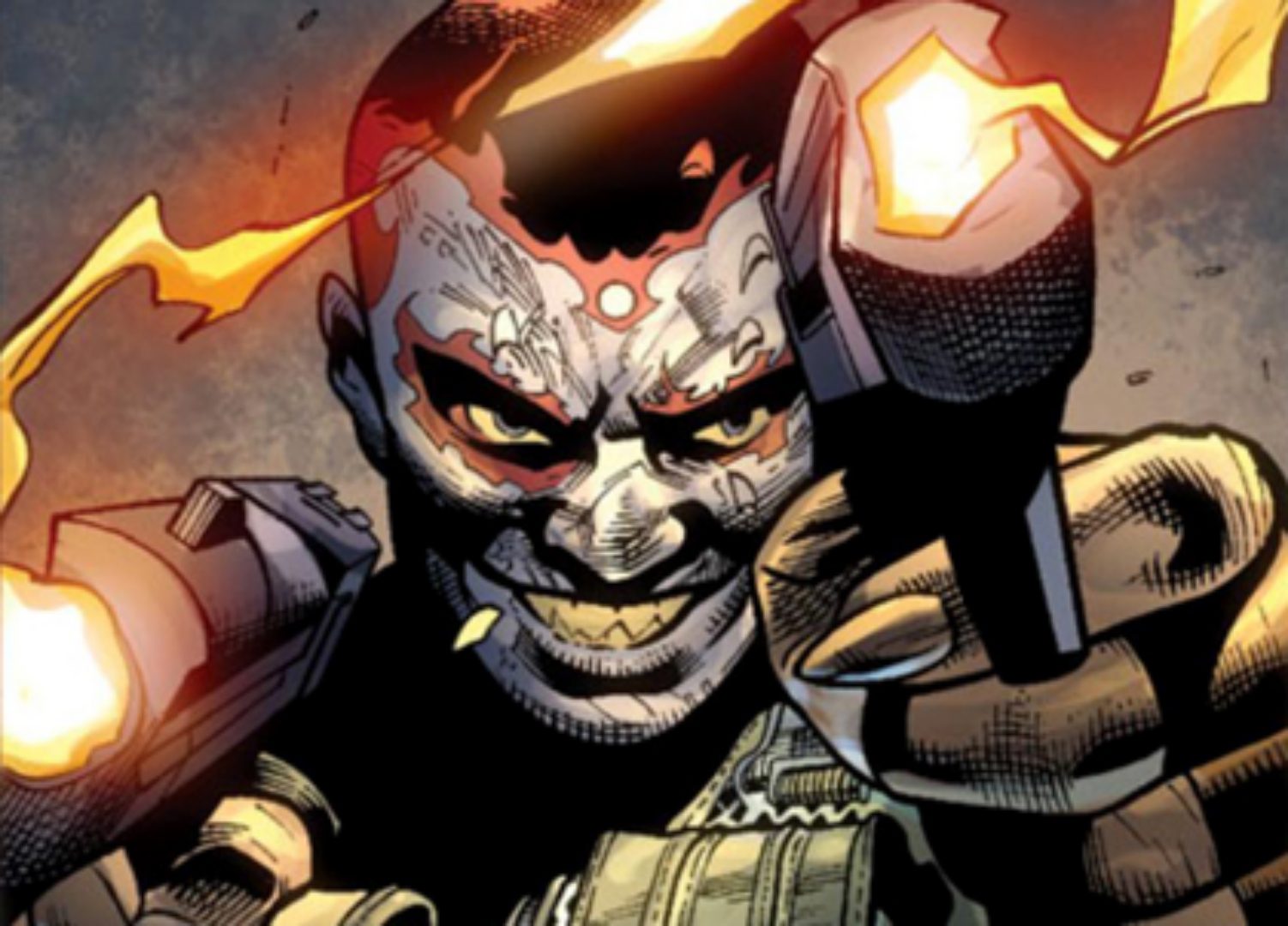 Bushman: He is a skilled combatant and a good partner to Moon Knight, but his greed took over his mind and drove him to kill Marc.

Seth is another supervillain of Moon Knight. And guess what? He was a part of the Scottish Knights once. But his craze for power and abilities got the best out of him, and this drove him to become one of the most skilled supervillains of Marvel. Well, when it comes to his character, he is an immortal. So there’s no way you can kill him easily. Moreover, Seth’s got the ability to drain out power from any individual. And he’s good with his fighting skills. Apart from powers, he can also remove life from a person’s body. 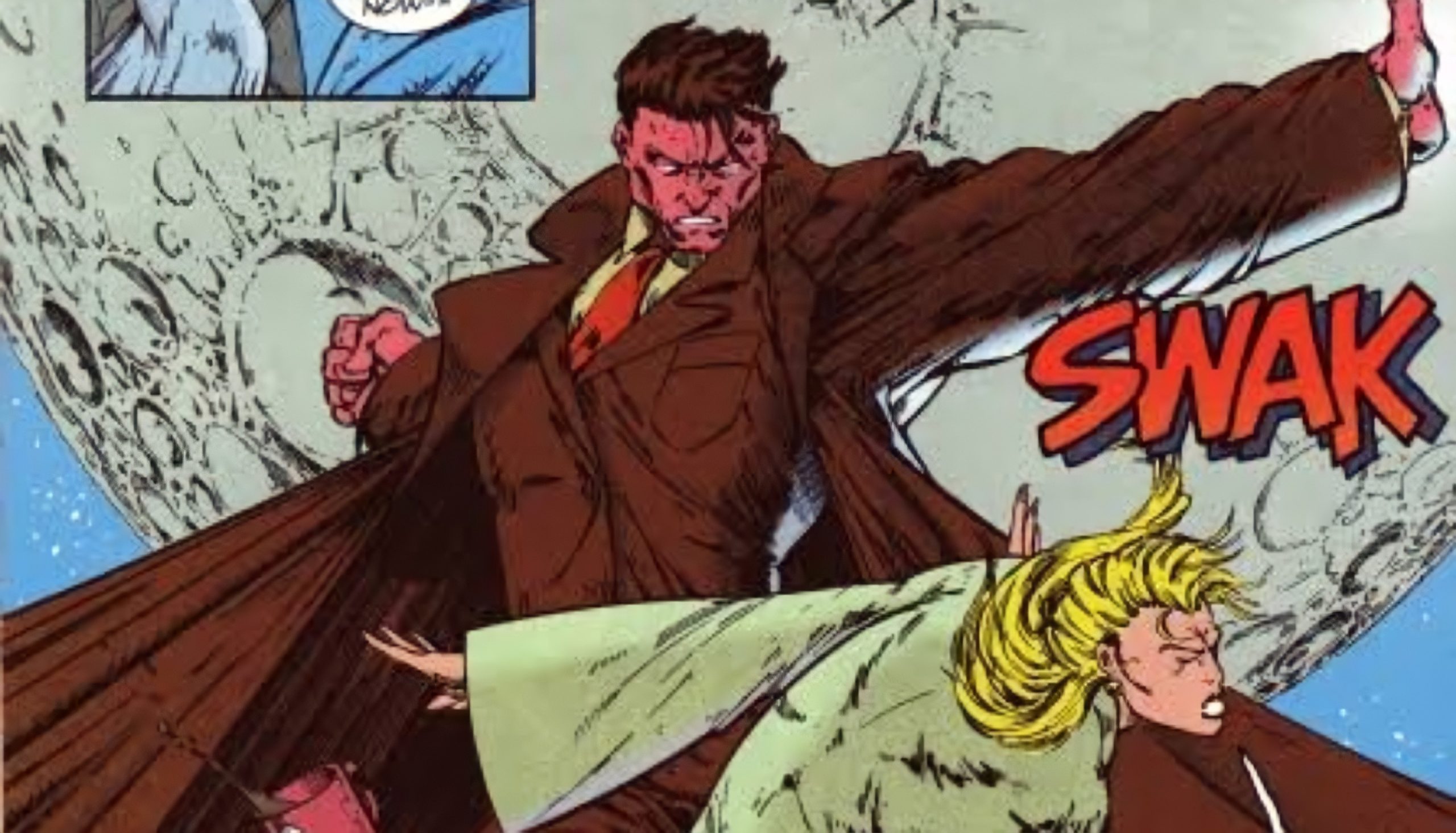 Seth The Immortal: Seth Phalkon is a skilled combatant, and he can use his manipulative powers pretty well.

Well, The Zodiac is a group of pretty interesting supervillains. Who can make use of their astrological powers to defeat their rival? And the main reason behind this would be having 12 members with each one Zodiac sign. Their main aim was to gain control over the world’s economy and politics. Even if they’re not together, they will still function as a group. And guess what? They are also one of the most feared supervillains of Moon Knight. Because they want to get, something done. They will do it by any means. 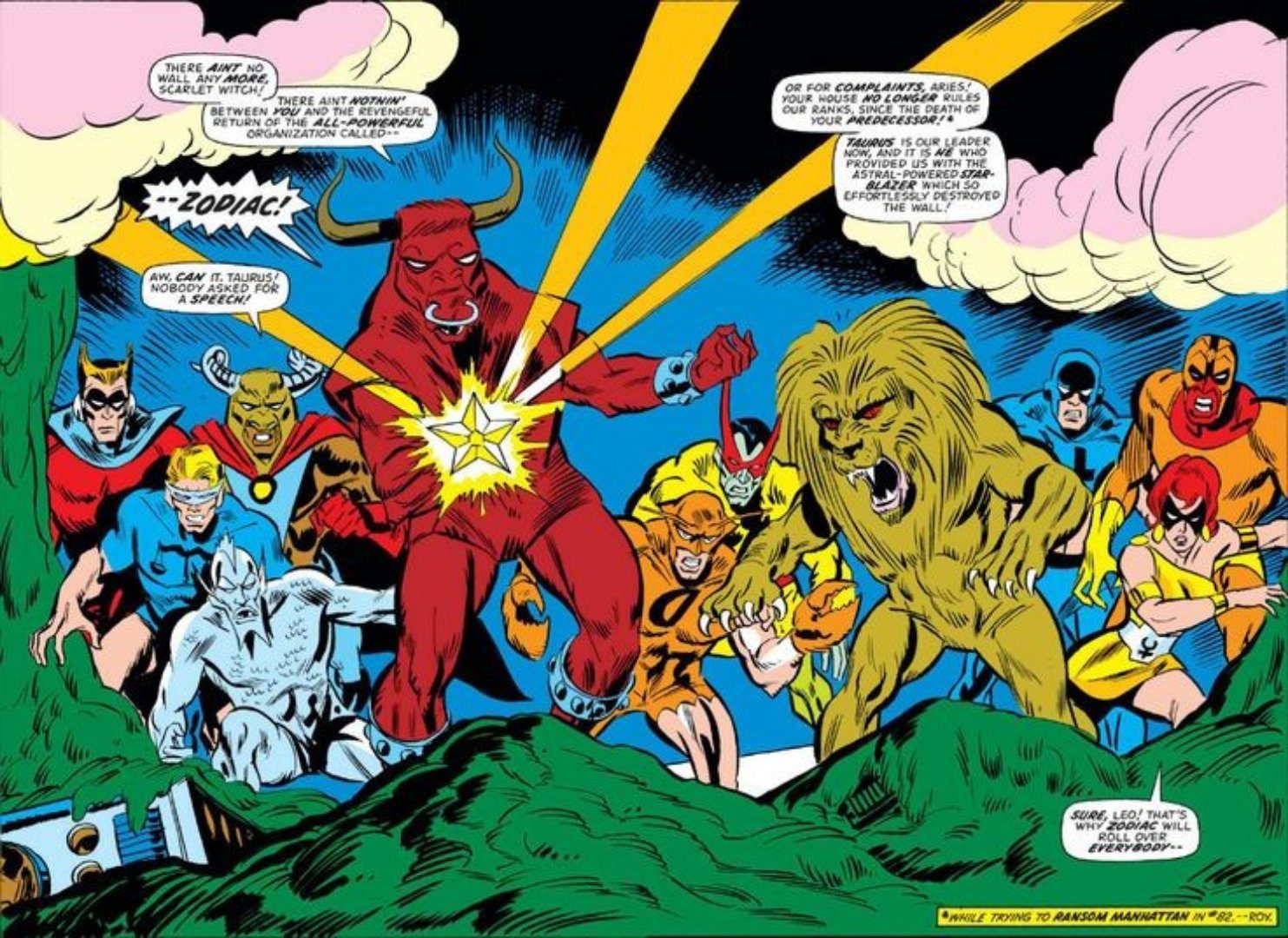 The Zodiac: Taurus is the founder and head of this group together they attack the economy of the world.

Taskmaster is one of the best supervillains in the Marvel Cinematic Universe. One of his main abilities would be copying the combat skills of his opponents. To increase his capabilities, he injected himself with powerful steroids that could easily alter his mind’s memory power. And this enabled his mind to extract any kind of knowledge within seconds. His powers lie beyond copying reflexes. Moreover, he’s good with his combat skills. Throughout the whole Marvel Universe, Taskmaster has been a villain to many superheroes. Another dangerous advantage he’s got would be his ability to predict his rival’s attacks. 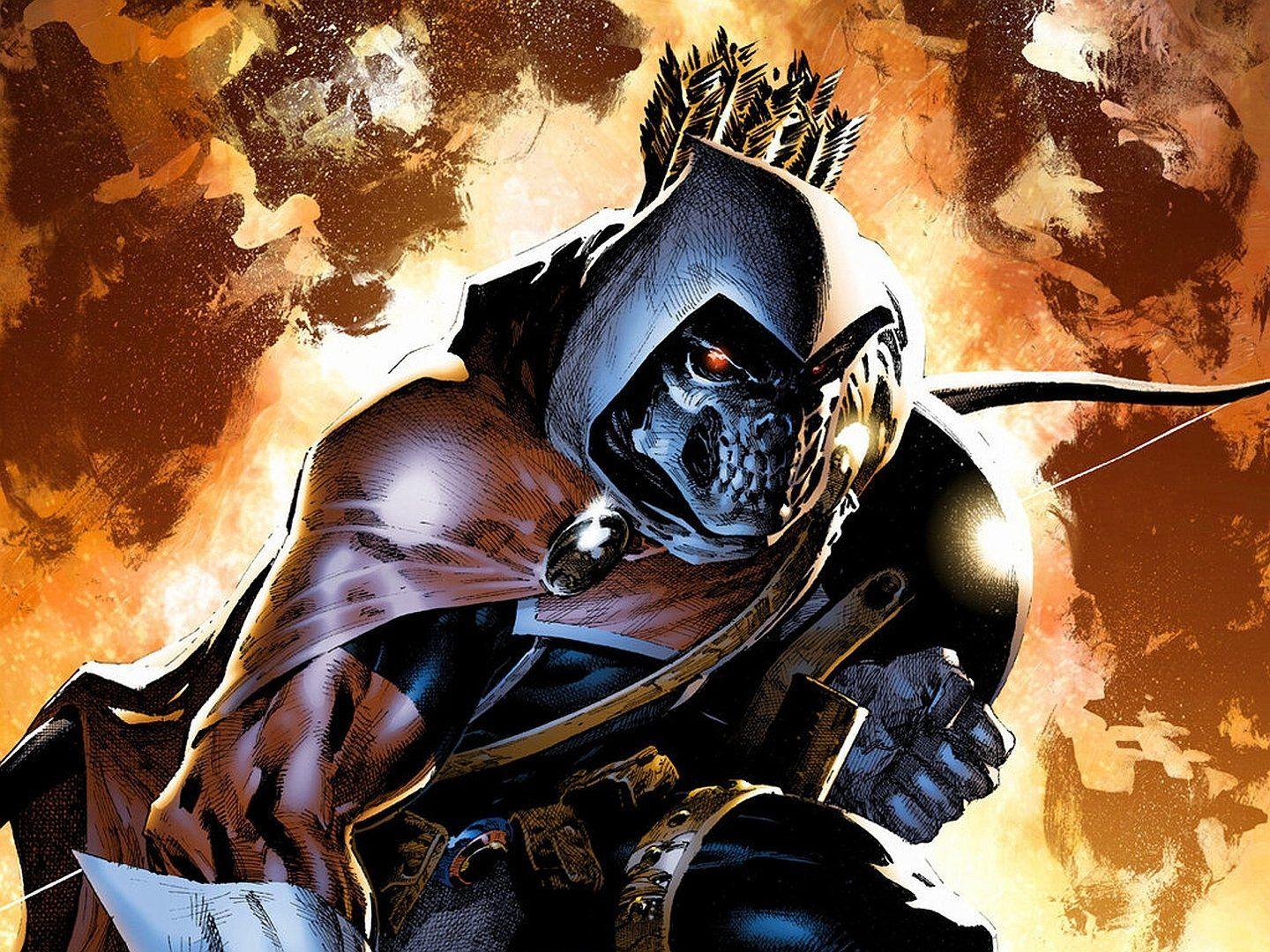 Taskmaster: He possesses control over copying someone else’s powers.

Morpheus was previously known as Robert Markham. He is a very dangerous opponent of Moon Knight. Moreover, a drug mishap turned him into Morpheus. Since it heavily reacted with his DNA. Making him deprived of sleep. Soon, he stopped sleeping or even taking naps. He just couldn’t coerce his mind into sleeping. Well, as time passed by, Markham realized that he had developed a strong ability of psychic powers. And it can be highly destructive. Little did you know, because of his mind’s mutation, Morpheus began to produce terrifying dreams into the minds of any person that he desired. 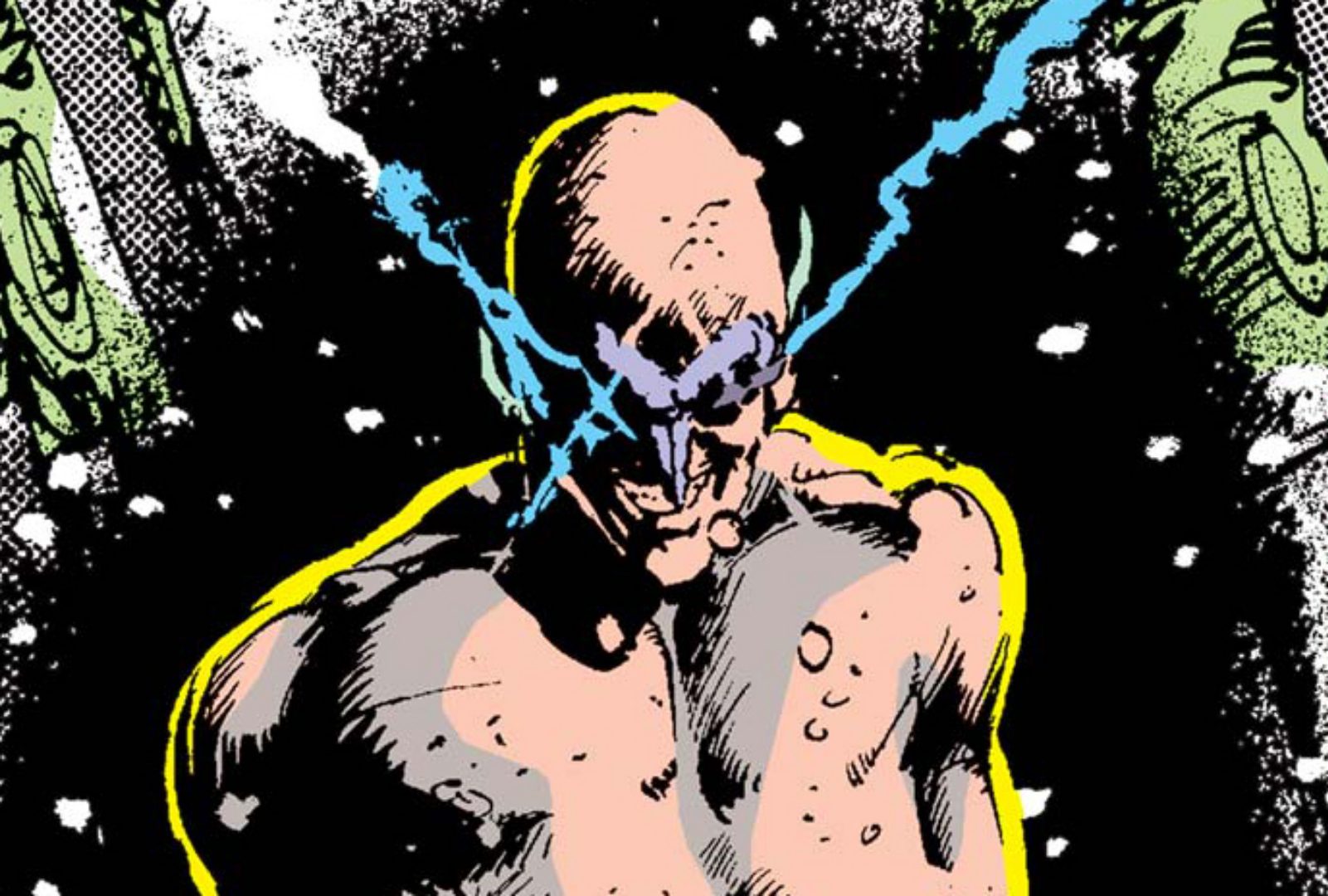 Morpheus: The sleepless manic was originally known as Robert Markham.

Moon Shade is one of the strongest and most vicious antagonists of Moon Knight. Little did you know that he is the doppelganger of Moon Knight. Well, he existed as a shadow at first, but later, he was transformed into the evil counterpart of Marc. Moreover, another interesting fact about Moon Shade would be its ability to feel no pain. Since he doesn’t belong to this dimension, he has traveled across various dimensions to increase his skills. And guess what? Moon Shade has little differences in its body, and that would be his sharp teeth and claws. 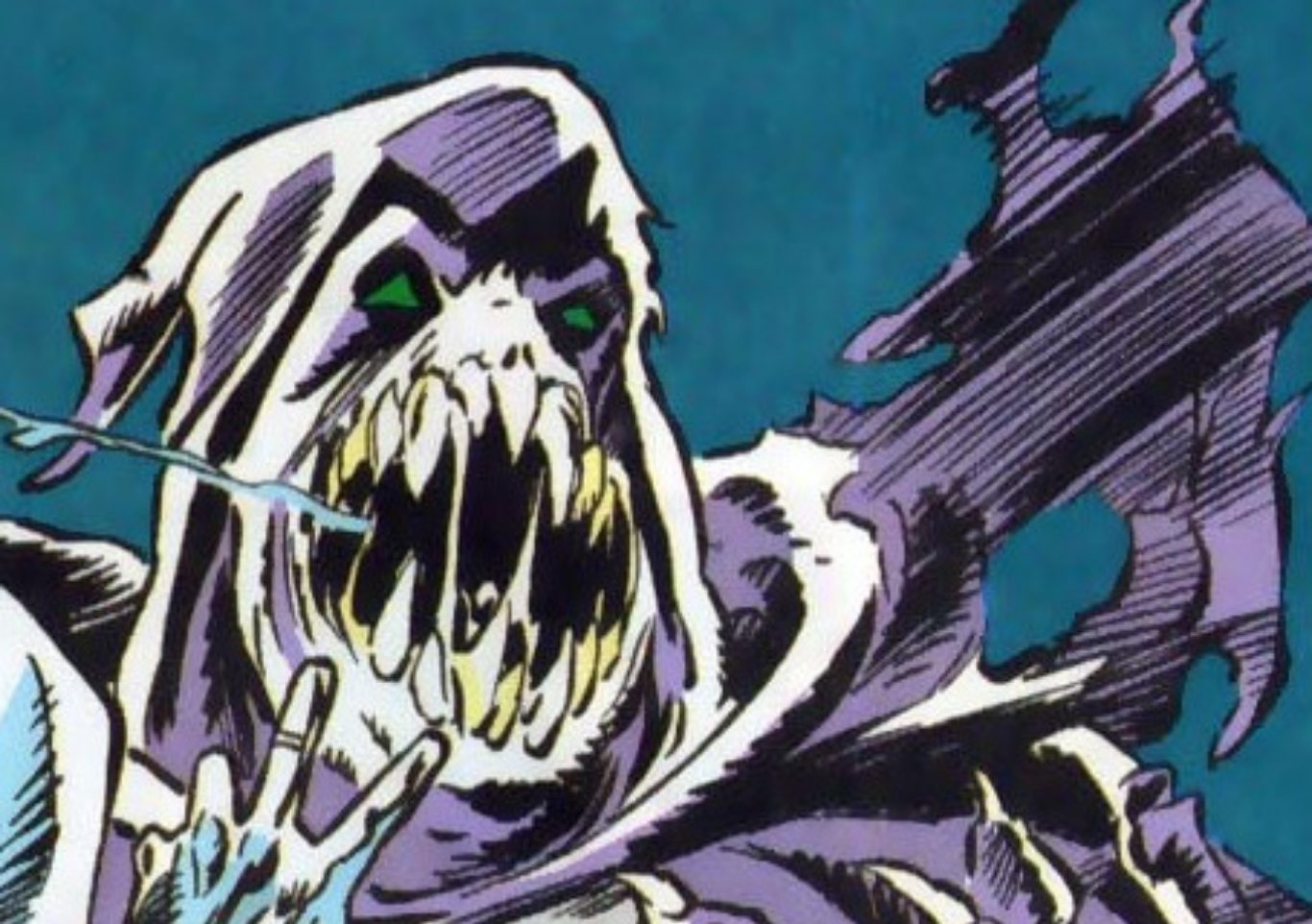 Well, he was originally known as Randall. As he is the younger brother of Marc. They were always good together. But deep down, Randall hated him for his talents. And there were certain situations wherein Randall was completely helpless, and he often needed Marc to help him. But, things began to settle down as both of them were together in everything. But as time passed by, Randall despised him even more, and eventually, he became a serial killer. And it is also believed that he is the avatar of Khonshu. Moreover, his powers are similar to Moon Knight. Making him a strong match to Moon Knight’s powers. 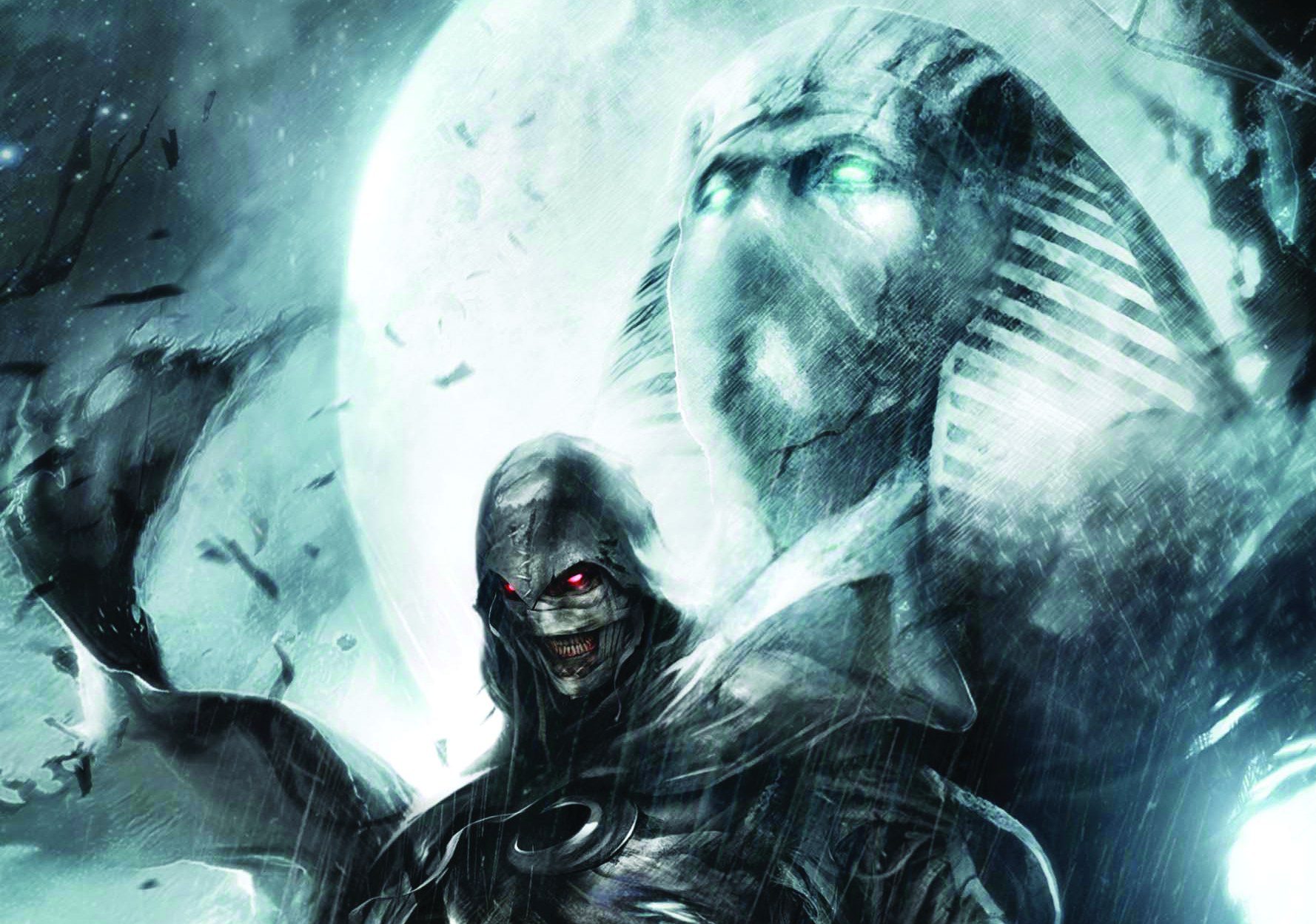 Shadow Knight: One of the toughest villains of Moon Knight.