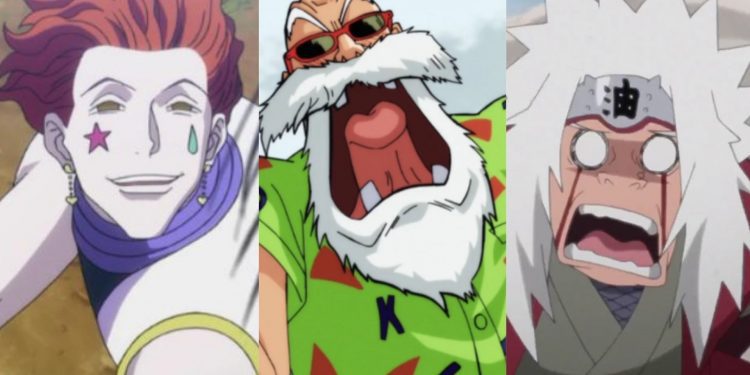 As far as anime production goes, anime fans have been quite satisfied with every story, plot, character design, and all kinds of stuff that Japanese anime has introduced. However, Japanese animation isn’t always about cuddles, technology, and whatnots. Ranging from different genres, there are characters who make us swing in other directions as well. Let’s say, male characters such as Midoriya Izuku from My Hero Academia, Hinata Shoyo, and Kageyama Tobio from Haikyu!!, who are considered innocent and goal-directed characters, are famous. But ever wondered what their opposites be like? On the opposite of such innocent-looking male characters, there are also some who are ‘perverts.’ So, here we shall look into some of the most perverted male characters in anime.

While the characters may be perverts, don’t underestimate their abilities. Anime fans who may know them are legends. And those who are yet to be introduced to such talents, you still have time. But before you go and watch the series, let’s introduce you to some of the best ‘pervert’ anime male characters who have gained such a title.

As the list goes up to 10, before that, there’s an honorable mention who has gained his own fan-following.

To be honest with you, Tanaka isn’t exactly a pervert. But ever since he mentioned some phrases, I decided to give him the status of honorable mention. Firstly, he mentioned recognizing Shiraishi because of her chest size when she was in her true ‘dweeb’ get up. Then he goes on and says he will not be in relationships. When Ohta asked him the reason, who knew he would reply in that way? Tanaka said he wouldn’t mind having to satisfy his curiosity if he had a girlfriend.

Since Tanaka is a listless person, he decided not to do anything to tire himself out, as well as he would feel bad if he had a girlfriend just so he could satisfy some of his desire.

Quite a gentlemanly pervert, isn’t he?

Did you automatically imagine Master Roshi to be here while reading the title? Nothing can beat a pervy mind, after all. Groping of breasts, making oneself small and sneaking into the bathroom to check out for himself, asking for weird favors, Master Roshi has done it all. There’s no describing Master Roshi. Those who are aware of his pervertedness, well, no need of any description for you. But for those who don’t know about him, you just need to know one thing. “Master Roshi is a master of perverts.”

Also Read: Who is the Strongest Human of Dragon Ball Super? A Complete Analysis

“Boobs. Lots of boobs. This is great. Oh, lots of butts too!” When a comment like this is made, what do you think they are? A pervert!!!

Who doesn’t know about Joseph’s mischievousness? Heard he even sneaked up to see through a keyhole? Well, isn’t he quite a pervy character? Joseph, not only exchanges glance with women; he even manages to change himself into one. Though quite inaccurate, Joseph was still able to put on a show in front of German soldiers and even did a pout in front of them. His pervy self is actually quite amusing.

Seeing an old man craving for a young lady is really unimaginable. But what if he’s just like Makarov from Fairy Tail? That’ll be a whole different story, right?

Makarov may be pervy, but he knows his limit, and that is what fans love about him. He likes to have wild guesses and also loves seeing his dreams come true. Getting the point? (If you are, then you too are enlisted in this list)

Guess what? Makarov is nicely being handled by Mirajane, and she keeps his pervy thoughts at bay.

For Pokemon to have someone like Brock is quite a blessing, actually. Truth be told, there is a need for every anime series to have such a character as Brock, don’t you agree? While at every interval, we get to see Team Rocket and even get bored sometimes. Fans actually love seeing Brock make the same reactions every time he meets beautiful ladies. Nothing can stop Brock from messing with the ladies.

Brock loves every Officer Jenny and every Nurse Joy they come across when traveling from one place to another. And we, fans, love seeing him react every time he does that.

Do you think being a pervert is a sin? Well, who knows. Maybe yes, or maybe no? Meliodas doesn’t care, however. Even if he had sinned all his life, he wouldn’t stop halfway through. That’s basically why he never stopped flirting with Elizabeth, is all we have to say. Their moments were less cute and pervier, though. (Or maybe both?)

Oh gosh, to think Mineta would come out as a pervy character? Were you shocked? Don’t be because his actions will shock you more. Funny enough, Mineta actually speaks the same exact thoughts when we think he will. Relatable? He loves big breasts! He loves Midnight, he loves Mt.Lady, he loves Ashido too, he loves who knows how many. He is, after all, our cute, little pervy Mineta.

Are you aware that you are missing out on quite a pervert Volleyball player if you are yet to watch Haikyuu!!? Guess there is no choice but to let you off of the hook this time. But after reading till the end, go and watch if you haven’t yet. (from a Haikyuu!! fan)

Karasuno High School Volleyball team has a libero who is well-known for his receives as a building block of the team. Nishinoya is, on the other hand, known to be quite a pervy player, and he actually is. He even went ahead and thanked Hinata for ‘accidentally’ pushing him as he was about to land on Kanoka’s breasts.

Well, that was an accident, and Nishinoya’s plan totally got flopped when Kanoka caught him! That was one of the hilarious moments ever.

Hisoka can be called a pervert because he is a pervert. Hisoka can be said to be a sadist pervert, somehow. Well, the theory is simple. (That is what fans think after looking at his reactions and his dialogues)

The above sentences are somewhat indirect, is what you are thinking? Well, there’s a reason for that. Truth be told, guess Hisoka is actually a pedophile? He hasn’t done anything of the sort yet, but his reactions are just too strong to go unnoticed. He likes the reactions of Gon and Killua. And the faces he makes are one to remember.

Viktor, a world-famous ice-skater, is personally training Yuri, an unknown from Japan? Well, that’s a different story altogether, as we’ve gathered up to discuss how much of a pervert Viktor is, let’s get straight to the point.

Viktor never leaves a chance to flirt with Yuri. He is always by Yuri’s side and teases him to his heart’s content. Once, Viktor even pecked Yuri’s lips, for Yuri did great in his performance. There may have been romantic feelings altogether, but Viktor is quite flirtatious and a pervert in his own ways too.