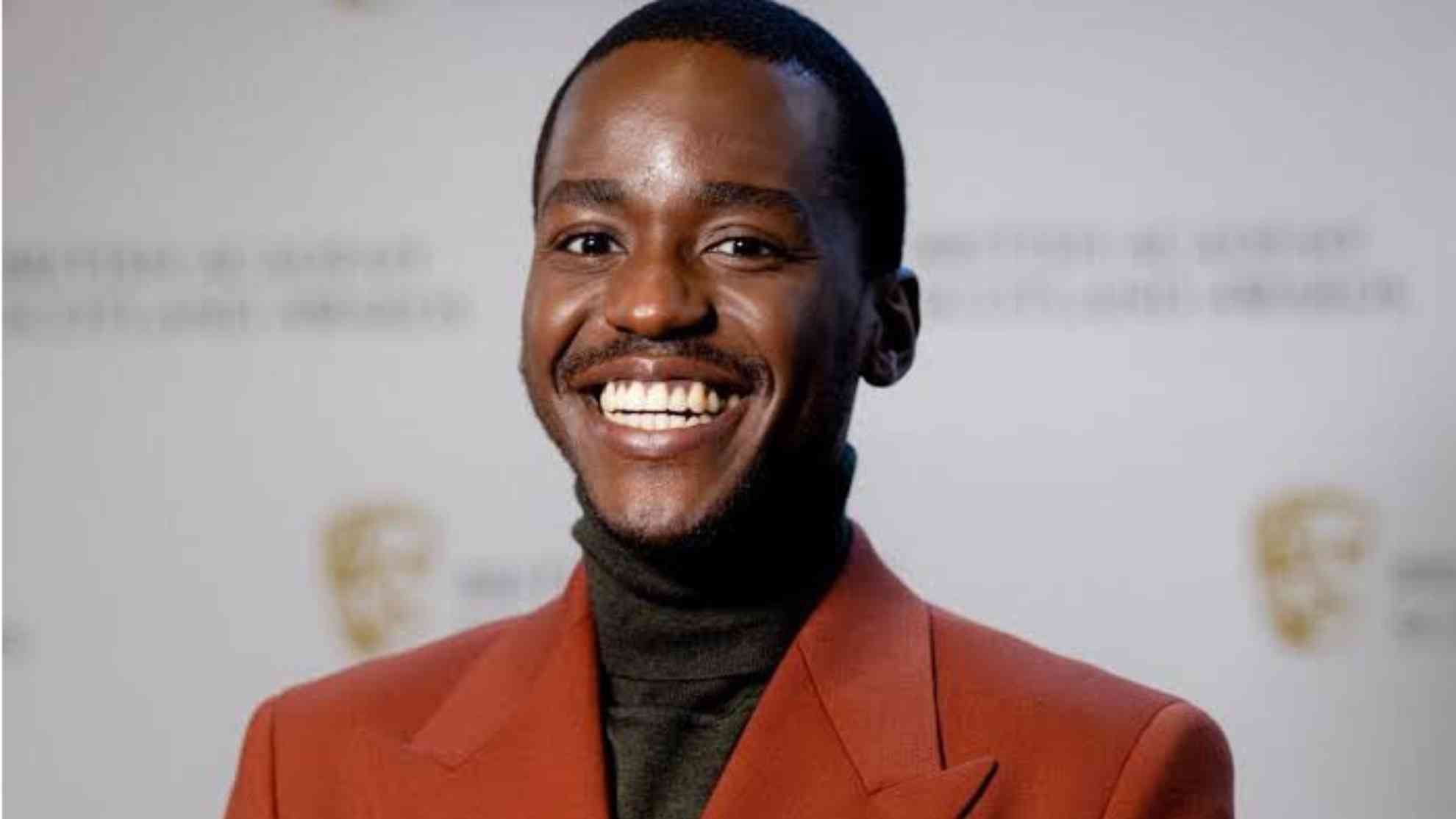 Have you watched any of the movies or TV Shows by Ncuti Gatwa? Mizero Ncuti Gatwa is on the top of the news and feeds on almost all social networking sites. He is one of the most highlighting stars at present after Doctor Who’s announcement. Ncuti Gatwa is a Rwandan-Scottish actor born on 15th October 1992 in Kigali, Rwanda. Tharcisse Gatwa, a journalist with a Ph.D. in theology, is his father. The family later shifted and settled in Scotland. Ncuti attained his graduation with a BA in acting. After gaining knowledge from theatres, he started his grand career with Bob Servant in 2014.

This famous personality has won so many hearts, and in a very short time, he already has a huge fan base. He has also won many awards and nominations for his appreciable performance. Some of the awards he won are the Royal Television Society Award, Young Scot Award, Broadcasting Press Guild Award, Newport Beach Film Festival, BAFTA Scotland, Rose d’Or, and National Comedy Award.

It is impossible to select one of his movies or TV shows to watch as he has many good screenings. Here are some of the best movies and TV shows of Ncuti Gatwa that you will surely enjoy watching:

Also Read: Top 10 Movies Similar To Doctor Strange That You Must Watch

Ncuti Gatwa has played his role of Timidius very well in Horrible Histories: The Movie – Rotten Romans. This comedy history musical family film has a rating of 5.3/10 on IMDb. The release date of the movie was 26th July 2019 in the United Kingdom. The storyline of this movie revolves around a clever Roman teenager. He somehow upsets the emperor with one of his schemes. Due to this, the emperor sends him to work in the cold and wet Britain as a punishment, and here the Celts enter into his life. 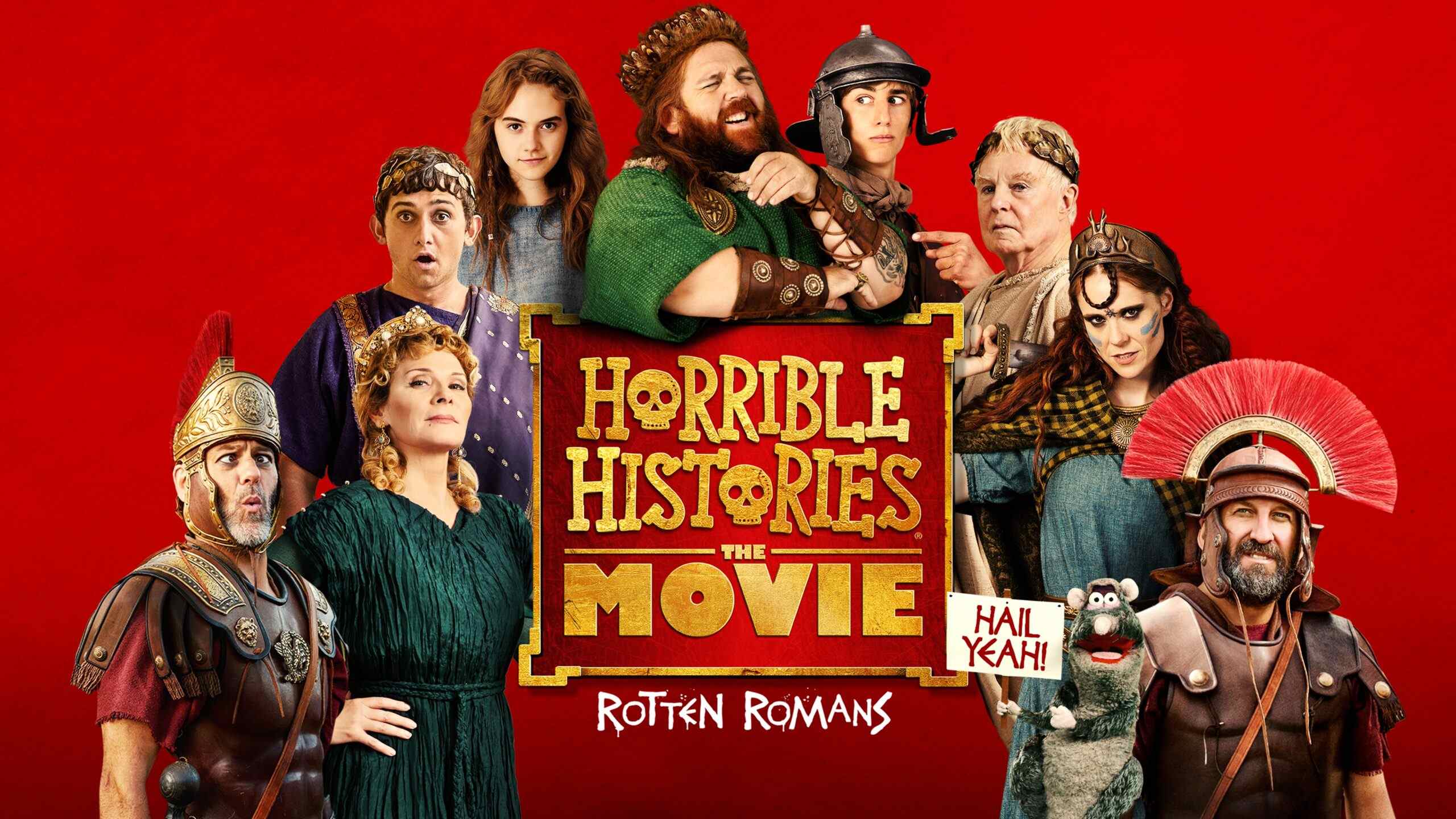 Ncuti Gatwa gave some very good interviews and sitcoms as well. The episode on the news channel BBC News that aired on 8th May 2022 was also one of the very famous screenings of Ncuti. The person on the other side of the actor was Russell T. Davies. This episode attained a rating of 5.8 out of 10 as per IMDb. You must watch this episode if you are a real fan of this famous personality and you are looking for the Movies And TV Shows Of Ncuti Gatwa.

8- The Last Letter From Your Lover

Another film that has booked its place in the chart of the top screenings of this famous actor is The Last Letter From Your Lover, with a rating of 6.6/10 as per the IMDb. This romance drama movie premiered on 23rd July 2021. The story focuses on an ambitious journalist, Ellie Haworth. She finds a trove of secret love letters from 1965 and decides to uncover the mysteries behind the affair, and the whole further plot of the movie surrounds this. 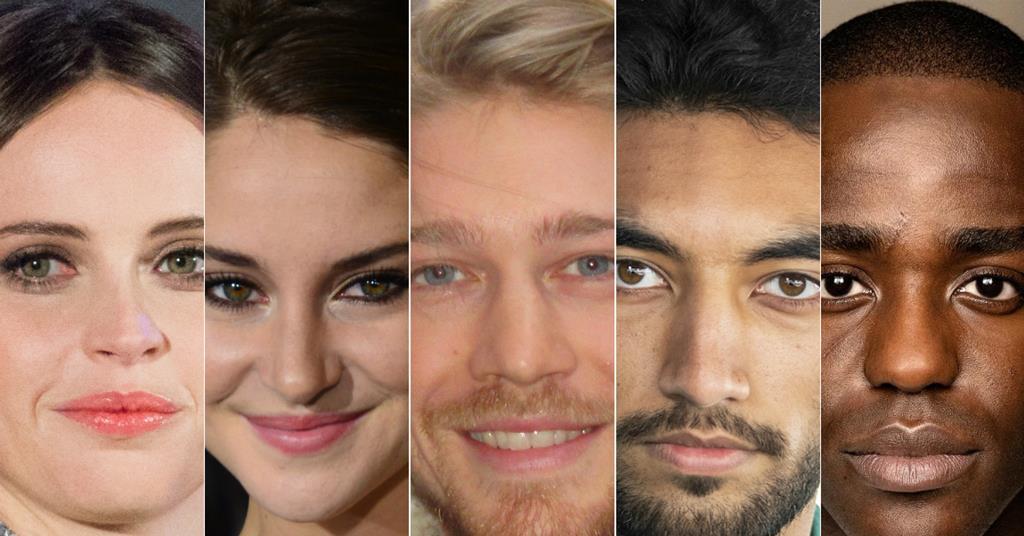 From The Last Letter From Your LoverThe writers of the film are Nick Payne, Esta Spalding, and Jojo Moyes. Augustine Frizzell is the director. The main star cast of the movie includes Shailene Woodley, Joe Alwyn, Wendy Nottingham, Felicity Jones, Jacob Fortune-Lloyd, Ncuti Gatwa, Emma Appleton, Jessica D’Arcy, and many more. Ncuti appears as Nick in The Last Letter From Your Lover.

If you want to know about the personal life of the actor, then here is the best recommendation for you to watch. The talk show, The IMDb Show, had Take 5 With Ncuti Gatwa. This 49th episode of Season 4 of the talk show starring Ncuti aired on 27th July 2020. It has a rating of 6.9/10. In this episode, Ncuti talks about his personal life, which includes his obsessions, his ideal dinner dates as well as the moonlight quotes. This episode also became one of the most viral episodes of the show.

Stonemouth is another very famous show starring this star. Ncuti did the role of Dougie in this show. This series has one season with a total of two episodes. It is a mystery thriller crime drama that earned a rating of 6.8 and 7.4 out of 10, respectively for both the episodes, according to the IMDb. The first part aired on 8th June 2015, and the second one on 15th June 2015. This show is a two-installment adaptation of a novel of the same name. It is set in the fictional village of Stonemouth and mainly focuses on Stewart Gilmour, who faces various challenges and uncovers many mysteries.

Iain Banks and David Kane are the writers of the series, and Charles Martin s the director. The top casting members other than Ncuti are Naomi Battrick, Miles Collins, Christian Cooke, Kyle Fitzpatrick, Chris Fulton, Dylan Garcia, Gilly Gilchrist, Brian Gleeson, Jack Greenlees, and so on. 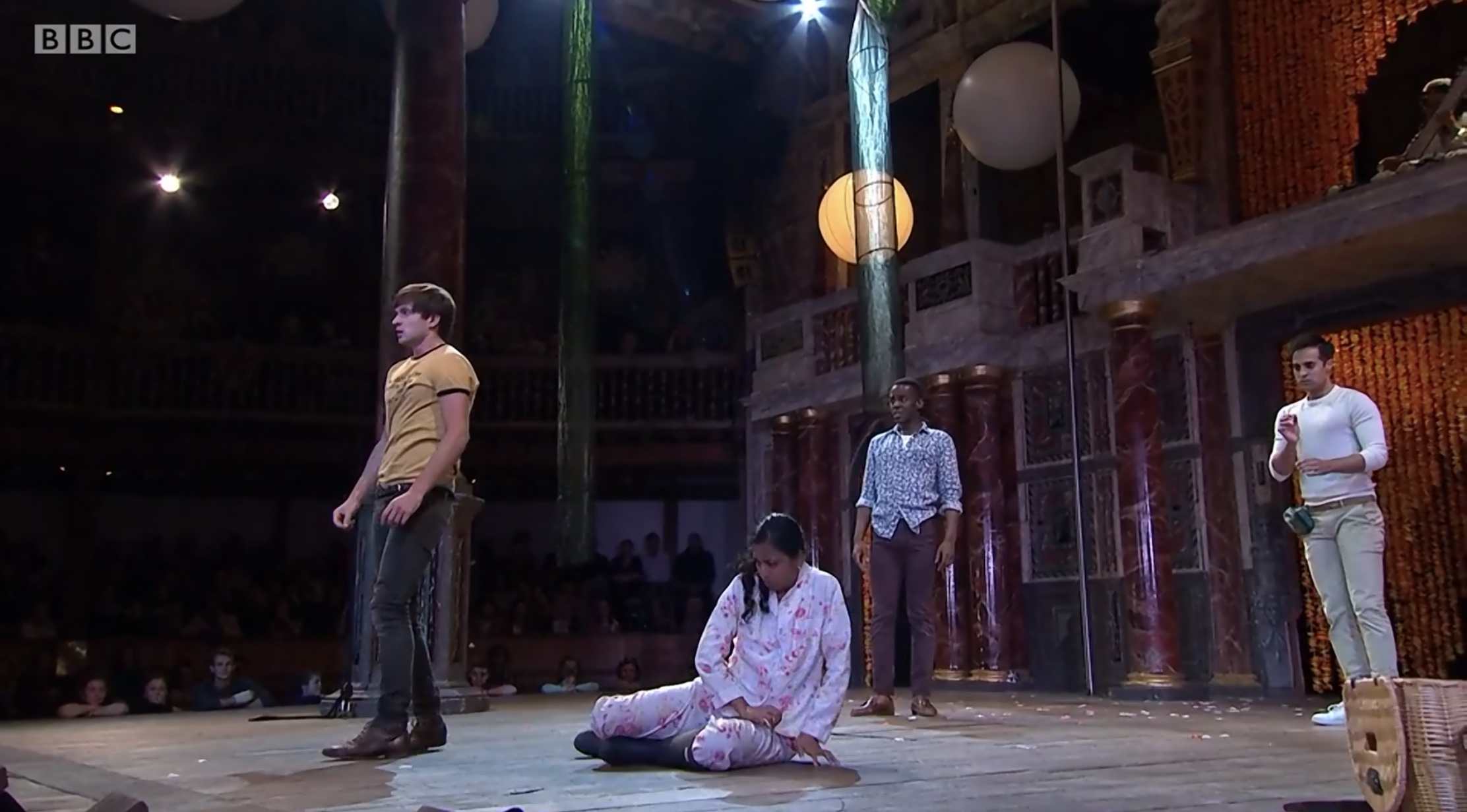 One of the scenes from A Midsummer Night’s DreamTanika Gupta is the writer of this drama, and the directing credits go to Emma Rice and Ian Russell. Ncuti appears as Demetrius in this comedy film, and the other stars in it are Meera Syal, Ankur Bahl, Maggie Bain, Nandi Bhebhe, Edmund Derrington, Tibu Fortes, Melissa Madden-Gray, Katy Owen, Edith Tankus, Lucy Thackeray, Alex Tregear, Zubin Varla, Anjana Vasan, and Ewan Wardrop.

Bob Servant is where Ncuti kicked his start in the industry. Although there are no main roles for Gatwa in this mini-series, still we can never forget to take its name while talking about the shows starring Ncuti Gatwa. Bob Servant is a comedy TV miniseries that premiered in 2014. Ncuti played the role of a male customer in an episode of this miniseries titled The Van. This episode has a rating of 7.8/10, which is very good. This episode is the one in which Bob is rejected as a parliamentary candidate, and then he had to return to his work of selling burgers from his van. 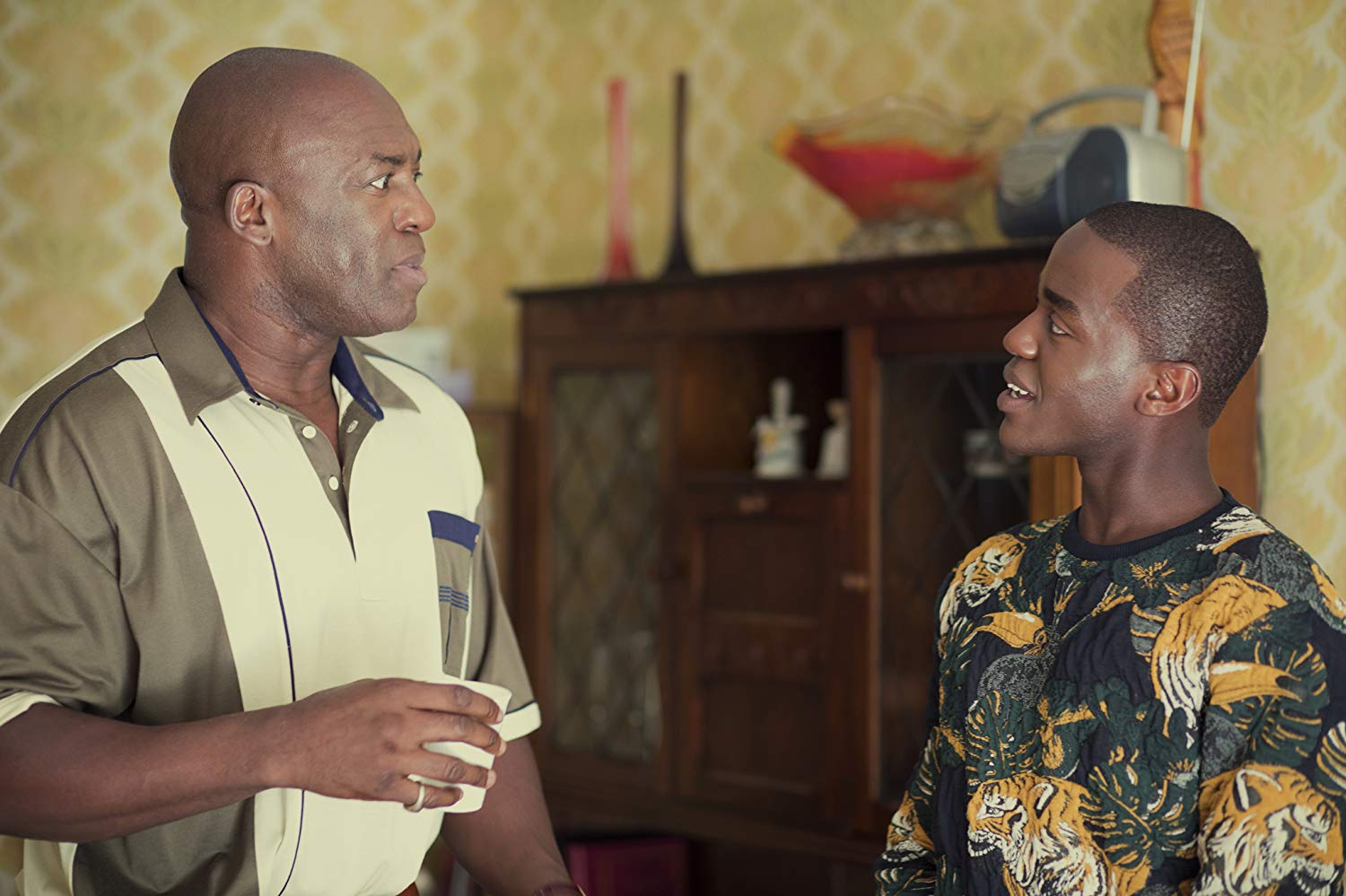 3- Portrait Artist Of The Year

Portrait Artist Of The Year is a very famous reality TV show where the artists from the different corners of the UK come together to compete with each other and decide who has the best original celebrity portrait. The 1st episode of its 7th season had Ncuti Gatwa, Fay Ripley, and Baroness Glenconner. This episode aired on 17th October 2020. This show has a beautiful rating of 8.4 out of 10 on IMDb. The other stars seen in this episode are Stephen Mangan, Kate Bryan, Tai Shan, and Kathleen Soriano. It has its name in the top three Movies And TV Shows Of Ncuti Gatwa. 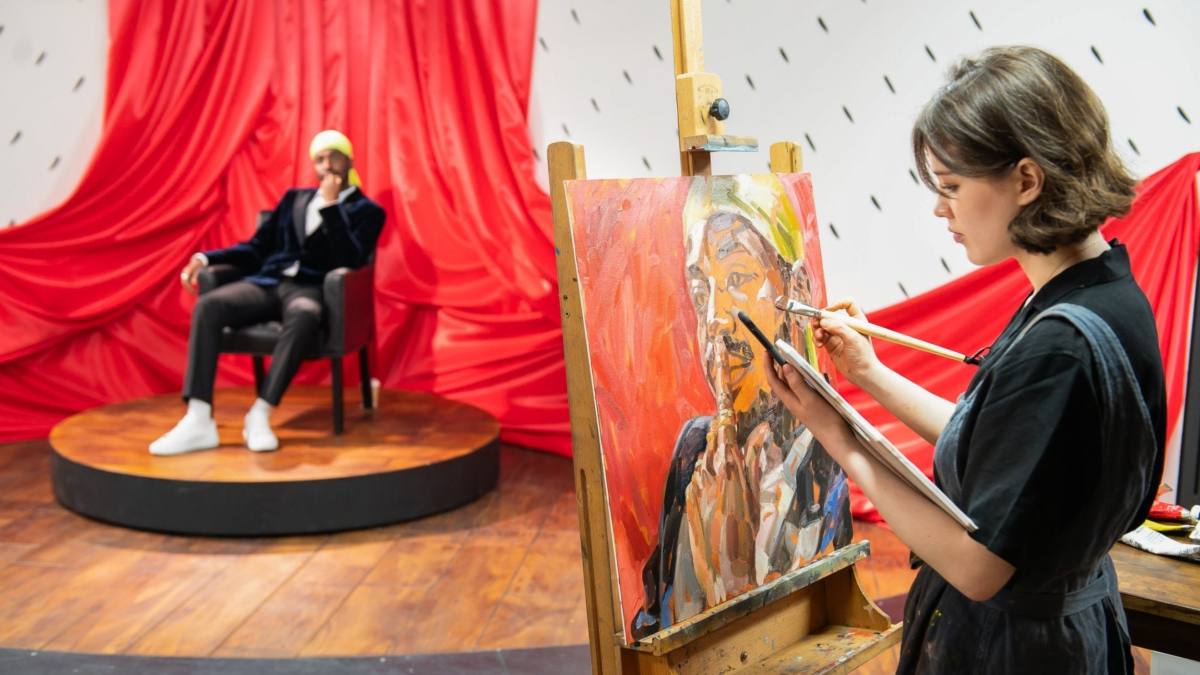 Here comes the series Ncuti is famous for, one of the most successful Movies And TV Shows Of Ncuti Gatwa, Sex Education. It is a comedy-drama series about which you would have heard. The show has a wonderful rating of 8.4 out of 10, according to the IMDb. It premiered on 11th January 2019. The storyline of Sex Education revolves around a teenage boy who has a sex therapist mother. He decides to open up an underground sex therapy clinic at school with one of his high school classmates.

Ncuti Gatwa is Eric Effiong in the series, and the other stars in it are Asa Butterfield, Gillian Anderson, Emma Mackey, Connor Swindells, Kedar Williams, Aimee Lou Wood, Alistair Petrie, and many more talented personalities. Laurie Nunn is the creator of this show. 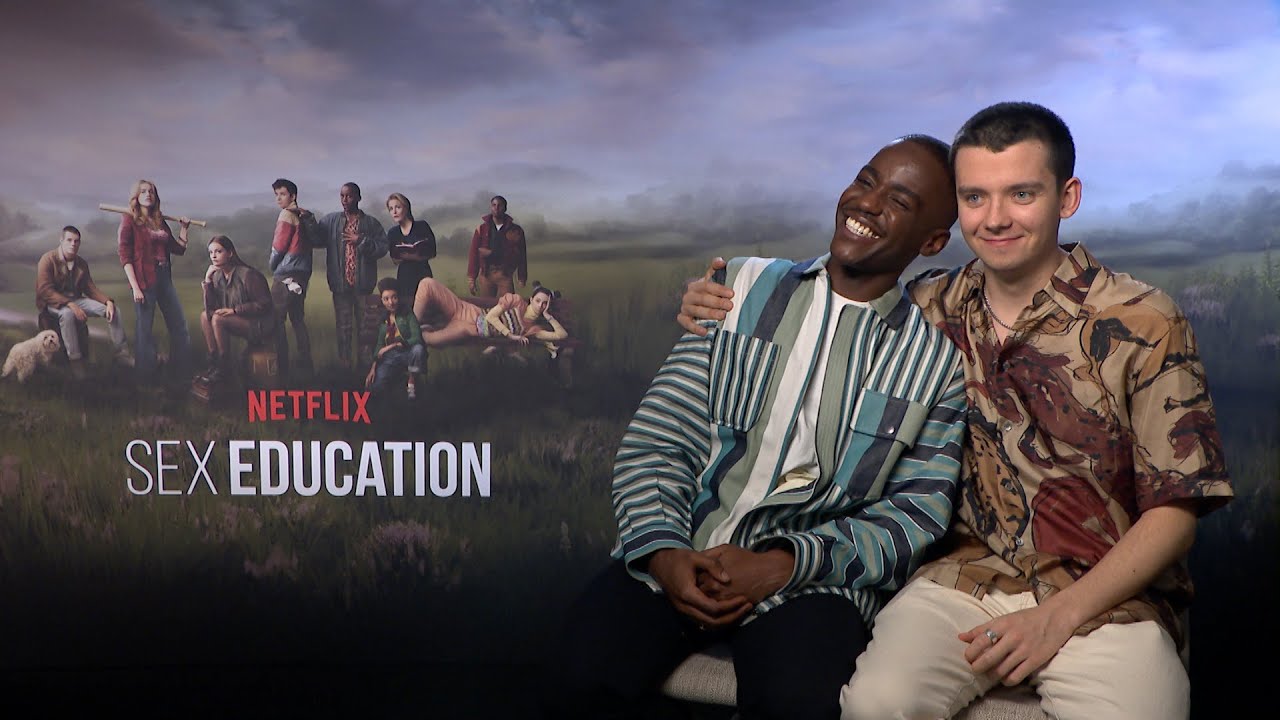 There is a piece of big news for the fans of Ncuti Gatwa. He is going to be the next Doctor in the series of Doctor Who. Doctor Who is a very famous adventure sci-fi drama series running from 17th March 2006. And now the latest season or the 14th installment of this show is soon going to air, probably at the end of 2023. The series revolves around the adventures in time and space of the alien adventurer or the Doctor along with his companions. This show, for now, is the reason why Ncuti is on the top of the feeds. It is one of the most trending Movies And TV Shows Of Ncuti Gatwa.