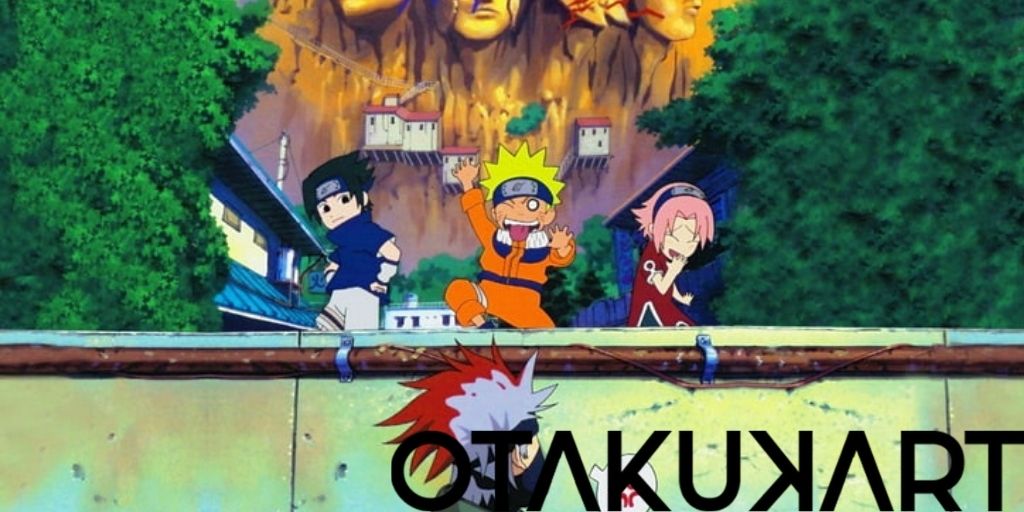 Naruto, one of the big three, is an immensely popular anime. Shippuden is even better than the former. Naruto is a Japanese series written by Masashi Kishimoto. The anime spans over 720 episodes, 220 in the original and 500 episodes in the Shippuden. This article is to list down the top 10 embarrassing moments in Naruto.

Naruto, a young orphan, seeks acknowledgment and recognition from his fellow villagers who disdain him. The reason for the isolation is because Naruto is the vessel used to seal the Nine tails, who has, on more than one occasion, devastated the village. Naruto dreams to become the Hokage, a position of respect acknowledged by the entire village.

Naruto is annoyed by the fact that everyone is always giving attention to Sasuke, saying Sasuke this Sasuke that, and decides to confront the boy about it. A staredown ensues between Naruto and Sasuke as he climbs up Sasuke’s desk. In response, the crowd makes noise, and the girls tell Sasuke to clobber Naruto and smack him. An unintentional push causes Naruto to lean into Sasuke and kiss him on the lips. While the crowd goes silent, Naruto and Sasuke begin retching after their embarrassing moment. The couple has had two embarrassing moments where they both kissed each other. 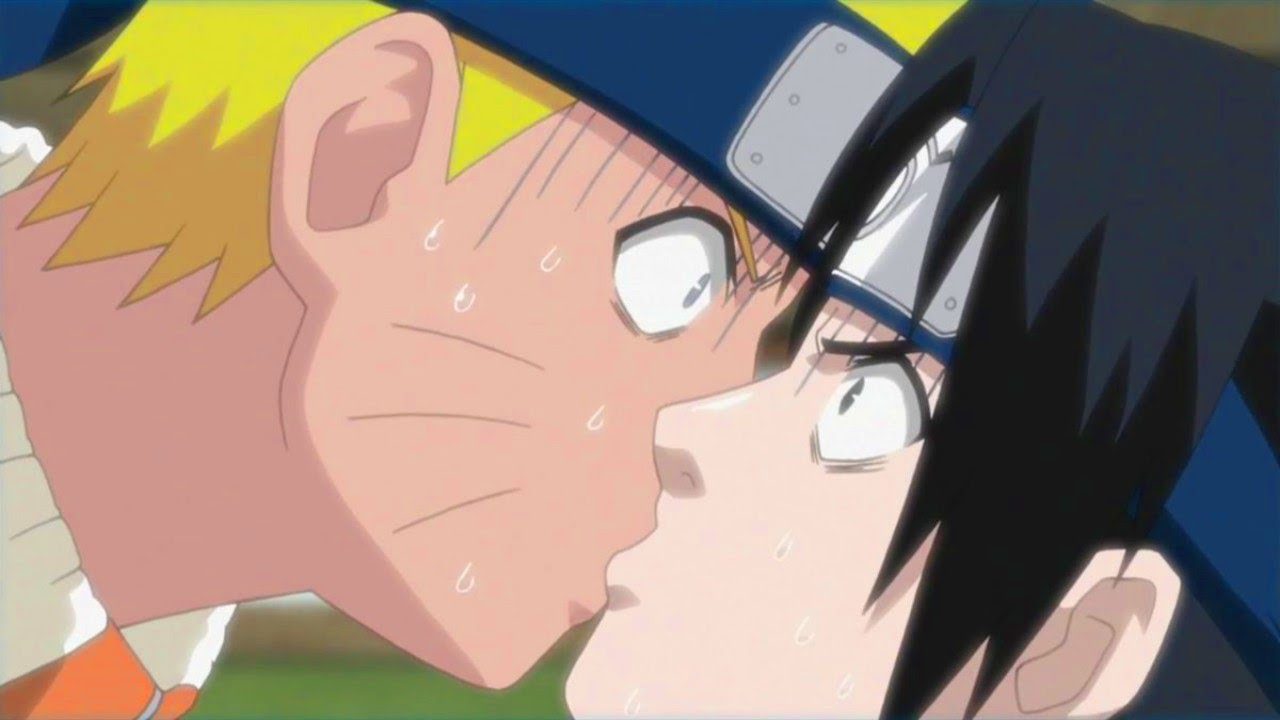 Also Read: Naruto – Quotes of Pain That Makes Him A Broken Hero

Kakashi gives a test to the new team 7 to work together and snatch the bells from him. Sasuke and Sakura are cautious about their approach, but Naruto goes at Kakashi with wild abandon. One time Kakashi sneaks up behind Naruto and uses the forbidden ultimate Taijutsu: The Thousand years of death jutsu, launching Naruto into the air. On another occasion, Naruto uses the same jutsu in his fight against Gaara. Though it had no effect and only seemed to anger the boy even more. 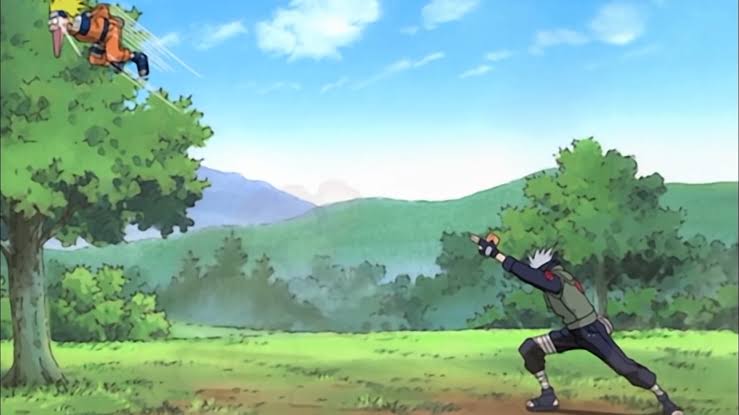 Naruto flies off after he experiences the forbidden taijutsu: the thousand years of death.

It’s the moment where Naruto uses the Jutsu that he had practiced even more than the Rasengan. Naruto summons a bunch of shadow clones and transforms them into naked pretty boys. No one expected the reverse harem jutsu to work out, but it unexpectedly did. Kaguya, a literal God-like entity, is smacked, leaving the watchers surprised and laughing in their seats. 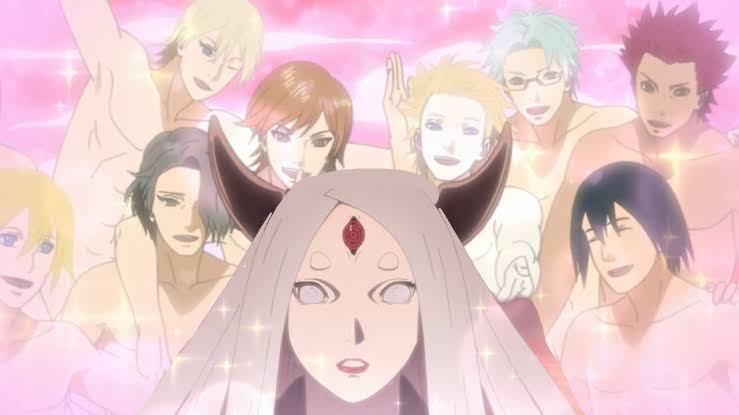 Because of his Anbu training under Danzo, Sai is quite emotionless and uncaring. This can be seen quite easily when he had just joined Team 7. But he changes his ways and tries to become more sociable. He tries to come up with a nickname for Naruto and Sakura and ends up calling her ‘ugly’, much to Sakura’s displeasure. 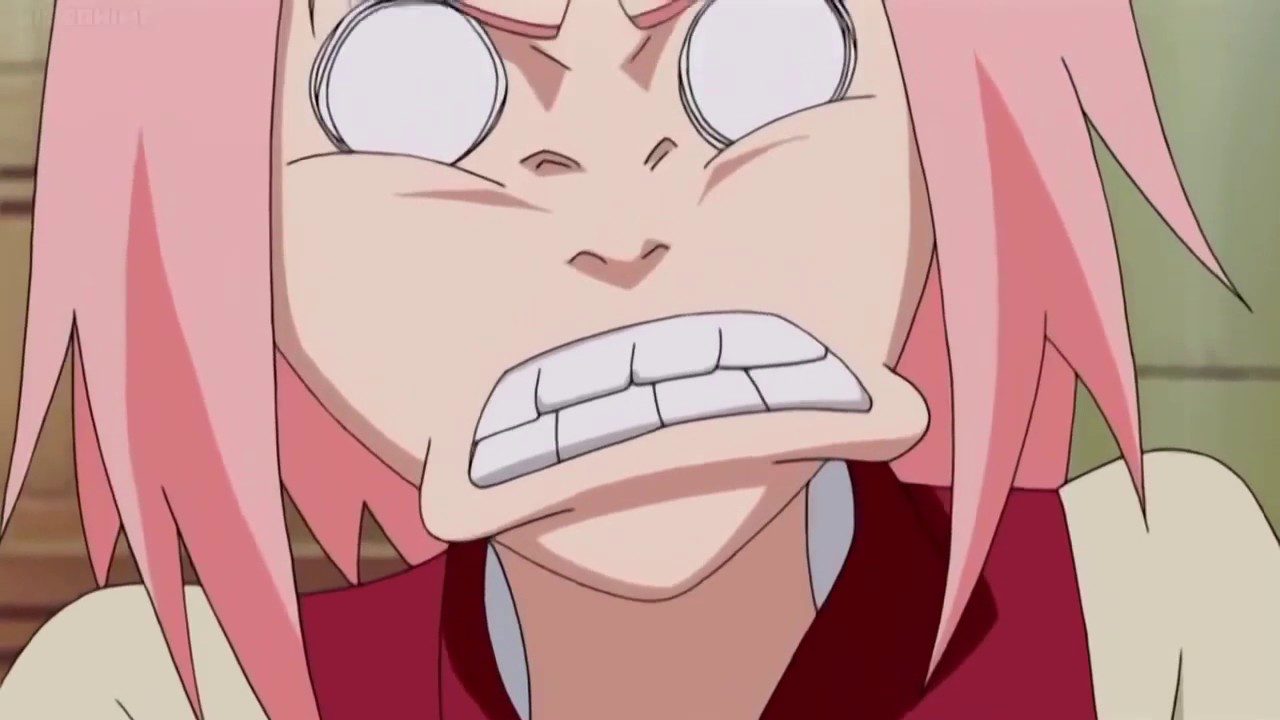 This results in Sakura raging to blow Sai’s head off. Another time when Sai meets Ino, he decides to call people opposite to whatever suits their personality. He ends up calling Ino ‘beautiful’ much to Sakura’s anger as she expected Sai to call Ino ugly too. Sakura proceeds to flare off against Sai. 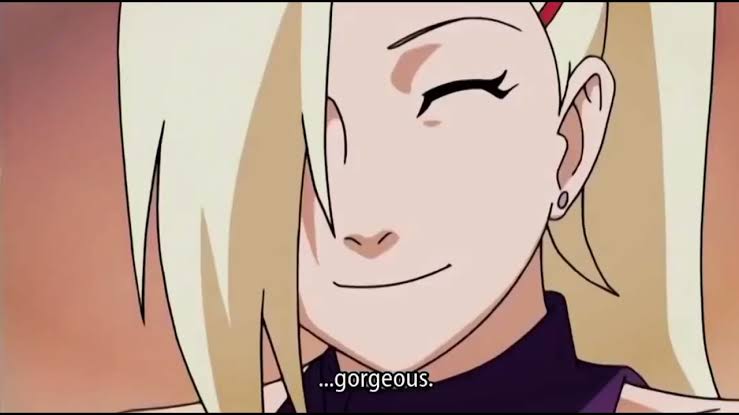 Ino is pleased after Sai calls her gorgeous

Another time Sakura decides to wake Naruto up by punching him in the guts. Naruto, while still in his sleep, looks at Sakura and says to her, “Hey there, ugly.”

Naruto is disappointed in Konohamaru with his progress in pervy ninjutsu

Konohamaru and Naruto are an interesting duo, constantly competing to perfect their pervy ninjutsu and show off their achievements to each other. The former considers Naruto as an idol and his big brother. After Naruto’s return from the three-year journey with Jiraiya outside the village, Naruto and Konohamaru meet again. The latter shows his progress in the pervy ninjutsu and attempts to show off. But Naruto admonishes him and tells him that such jutsu should be beneath him and not to use them. The very next moment, he asks him to step aside and witness his ultimate pervy ninjutsu. 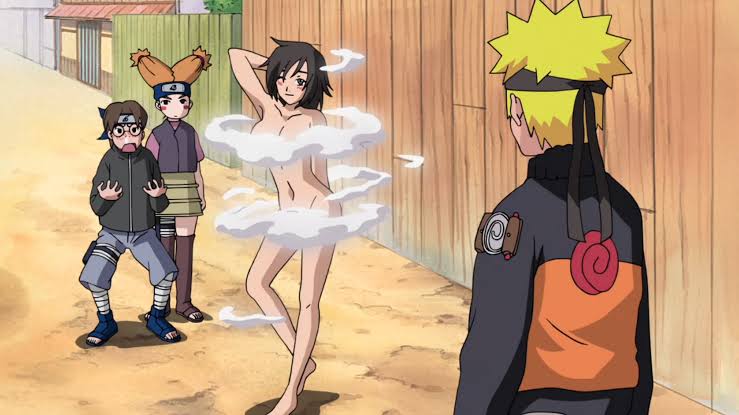 Konohamaru shows off his training in pervy ninjutsu to Naruto after the latter returns from his three-year training journey.

Lady Chiyo of the Sand attacks Kakashi as soon as team 7 enters the medical ward where Kankuro is kept. Lady Chiyo mistakes Kakashi as the White Fang of the leaf and tries to take vengeance on him for killing her son. She leaps onto Kakashi intending to kick him crying ‘revenge at last’. Her brother soon stops her and tries to placate her by reminding her that the White Fang had died many years ago. Lady Chiyo, embarrassed, responds by saying, “Oh well, never mind,” and proceeds to laugh in an awkward manner. 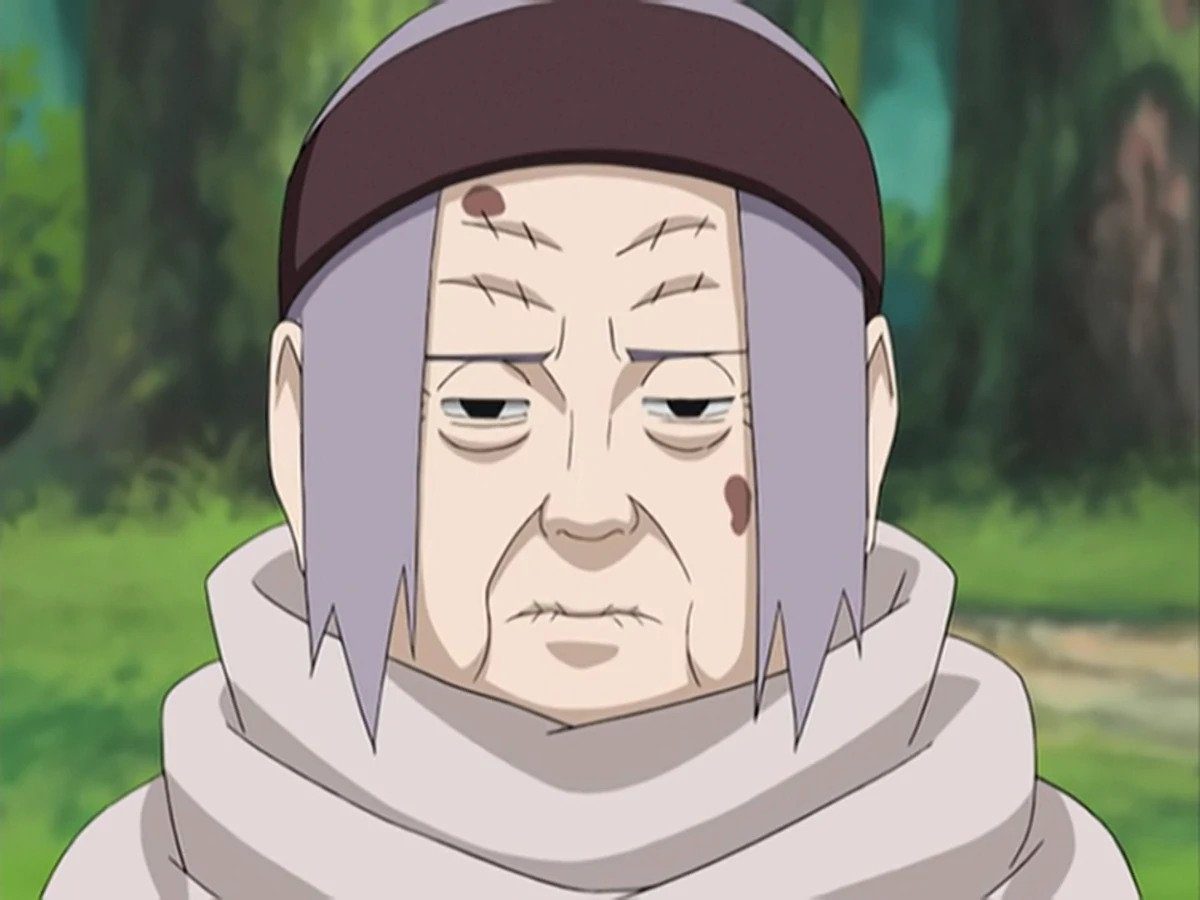 Sai was quite unsociable at the beginning and never seemed to miss any opportunity to annoy Naruto. However, this time Naruto tries to annoy Sai. While Sai is making a painting, Naruto comments on how Sai’s painting is nothing special. To which Sai smiles and says, “Yes you are right. It’s nothing special, just like what’s between your legs.” 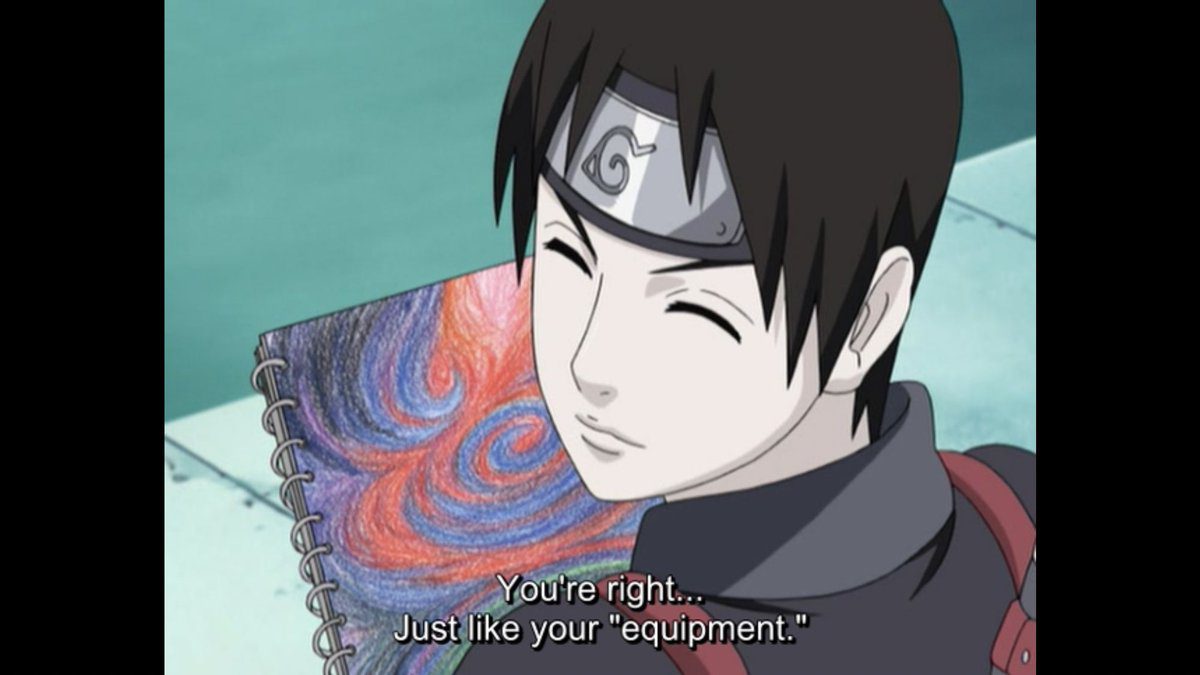 Jiraiya gets all excited after hearing about the mixed bath. He patiently waits for the women to come, but things don’t go exactly as he planned. At first, it was just him and Naruto in the bath. Then he shares a bath with female monkeys, much to Jiraiya’s displeasure muttering that they are the wrong species. Followed by old women, and then he proceeds to share a bath with a bunch of sumo wrestlers.

Much to his dismay, he then shares a bath with all of the previously mentioned people- the old women, the sumo wrestlers, and the monkeys at the same time. He perseveres but blanks out in the hot spring until finally, young women enter the bath and soon witness an old woman floating on the water. Scared, they run away screaming. 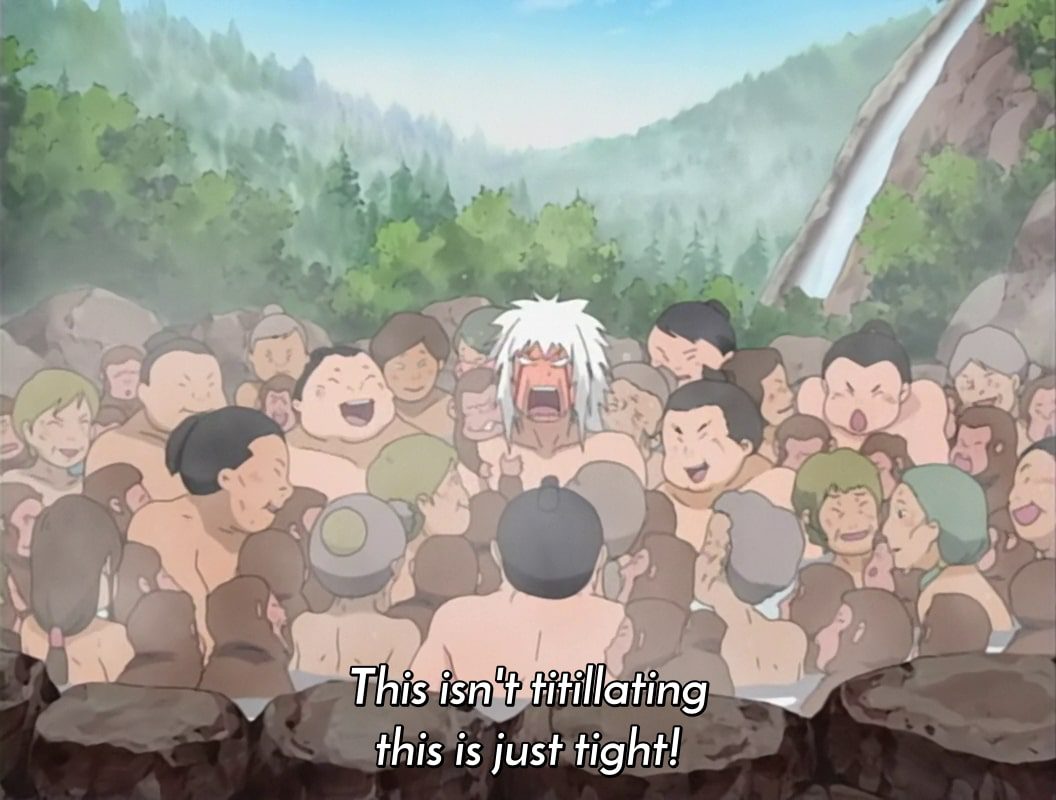 Also Read: 10 Funny Anime Series on Netflix That You Can’t-Miss

Team 7 has taken a new mission upon themselves, and that is to find what is behind Kakashi sensei’s mask. Could he be bucktoothed or perhaps have lips like a blimp? The three genin undertake various strategies to force Kakashi to lower his mask. Including making him eat food, inviting him to a hot water bath, ‘accidentally’ throwing a kettle filled with water at him, and even straight-up attacking him to remove the mask. They finally confess their reasoning for their actions, and Kakashi sensei indulges them in sating their curiosity. He lowers his mask to show his face beneath…. but behind the mask, there is another mask. 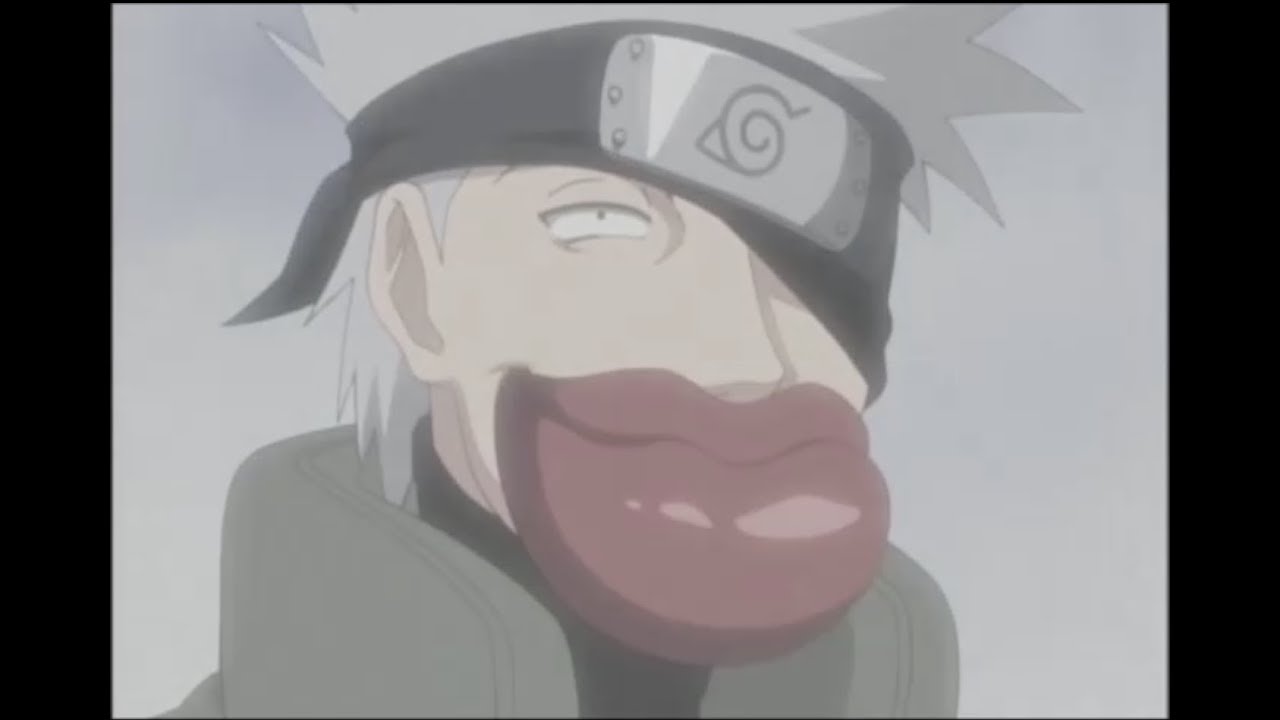 While the leaf is attacked by Orochimaru and the sand village, the genin are put under genjutsu, to which Kakashi and Sakura come to rescue. Sakura undoes the genjutsu on Naruto and proceeds to do the same to Shikamaru but soon realizes that the boy is just pretending to be asleep. Pakkun, the miniature pug and the Ninken of Kakashi, bites Shikamaru’s leg and makes him get up.

Pakkun drags the three genins outside. The ninken suddenly stops and says in a solemn voice that “Did I just smell what I think I smelled”. The others immediately halt and put on their guards, thinking Pakkun could have smelled some trouble. Pakkun turns to Sakura and says in a solemn voice. “Sakura, strange, I never noticed it before. Did you know you use the same shampoo as I do?” 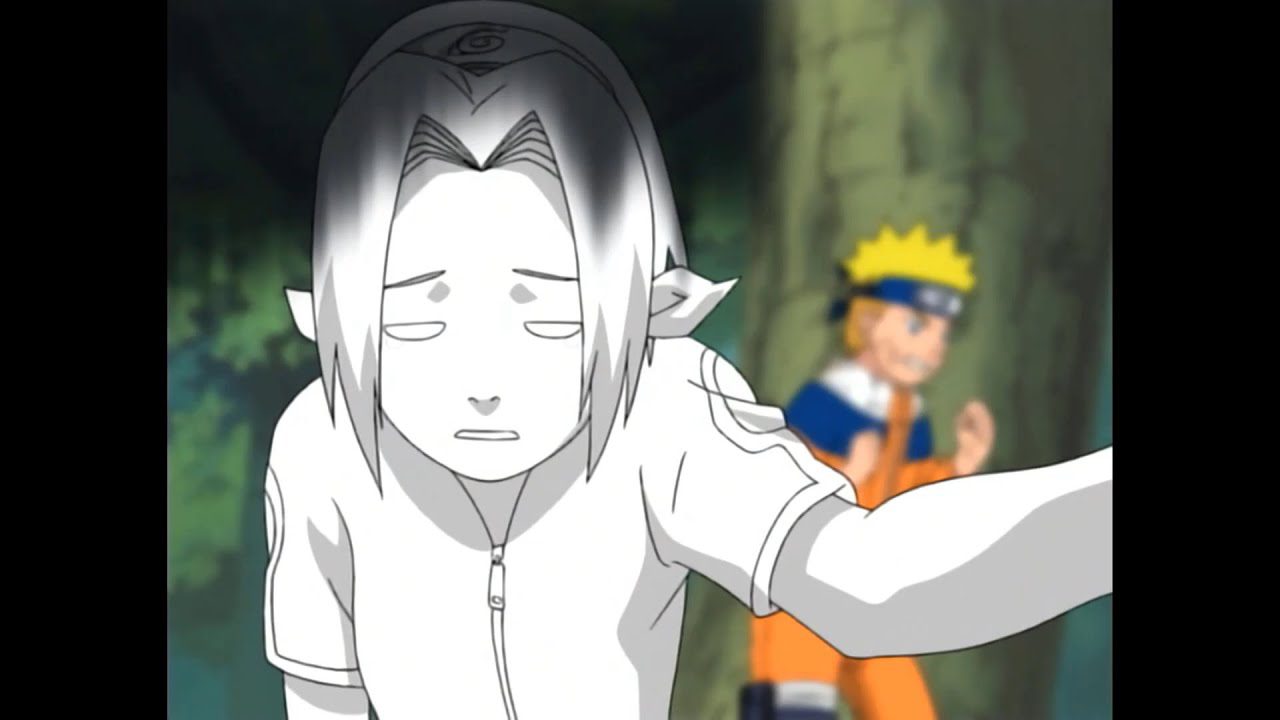 Sakura in a daze after she realizes she has the same taste in shampoo as a dog.