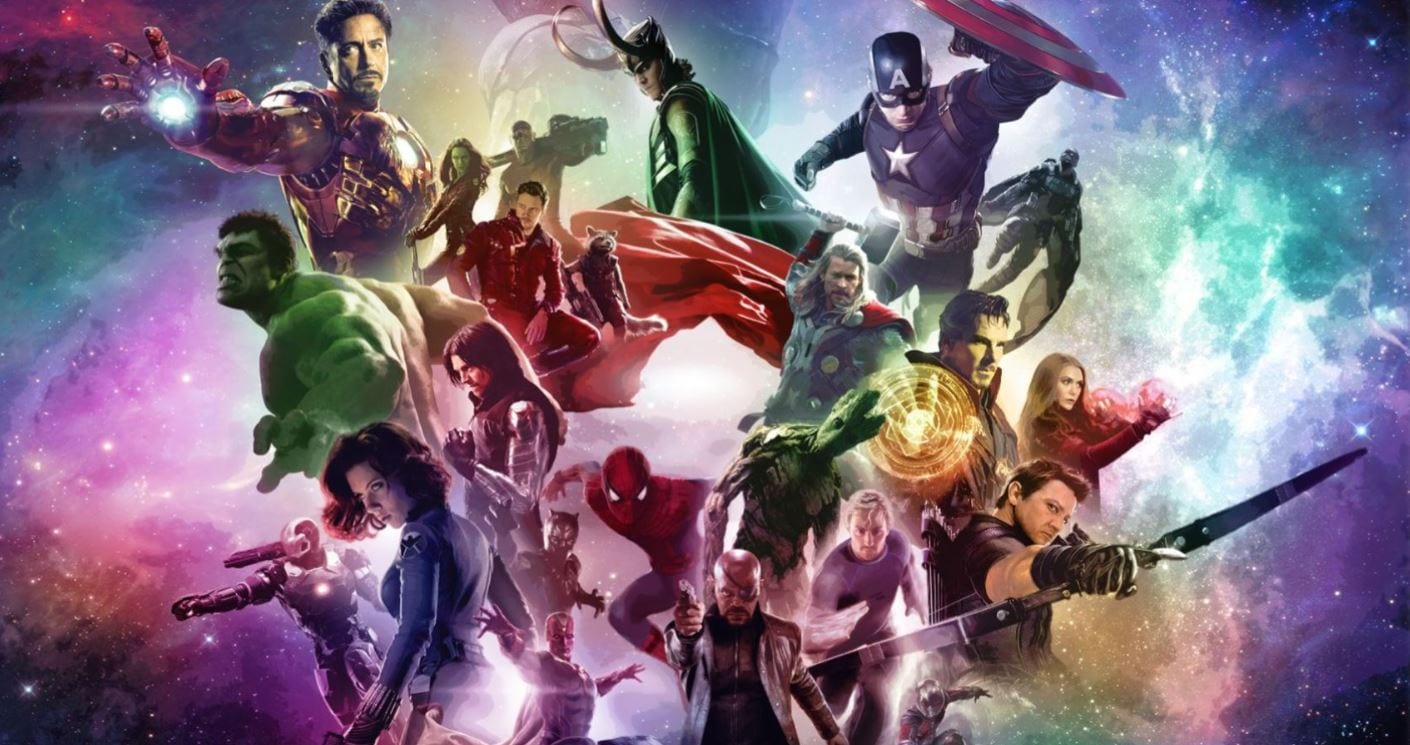 Disney’s Marvel Cinematic Universe has given the MCU fans a lot of movies to enjoy. But creating such a vast universe coursing through more than a decade of film releases, it need not be said that the fans of the films have become theorists for them as well. Given that all of these movies are based on Marvel Comic Books, fans can make up theories from it. All they need to do is attempt to link storylines between the Cinematic and Comic Book Universe. While some of them stray way off from what could be, others turn out to be spot on. So here in this article, we will be looking into the Top 10 MCU Theories That Turned Out To Be True.

Now that the MCU has started its journey through Phase 4, there are many new changes coming in. While some precious characters met their demise, new ones have appeared. These changes have branched off in several directions during the time in comic books. This has caused several varying fan theories regarding the future of MCU. Most of the fan theories have already been confirmed on-screens. And here we are to list out the best ones out of the lot.

At the end of Avengers Infinity War, Thanos’s snap led to half the population of the universe to be “blipped”. These people included Clint Barton’s family as well. In Avengers: Infinity War, Clint Barton was missing as he was with his family on a house arrest. But having lost his family through the blip, fans believed that this grief would trigger Clint into becoming the fury-filled vigilante named Ronin. This theory came out to be true as Natasha Romanoff finds Clint Barton at the beginning of Avengers: Endgame. Here, he had started wielding a katana as he took his anger to take out mafias in Mexico and later Tokyo. 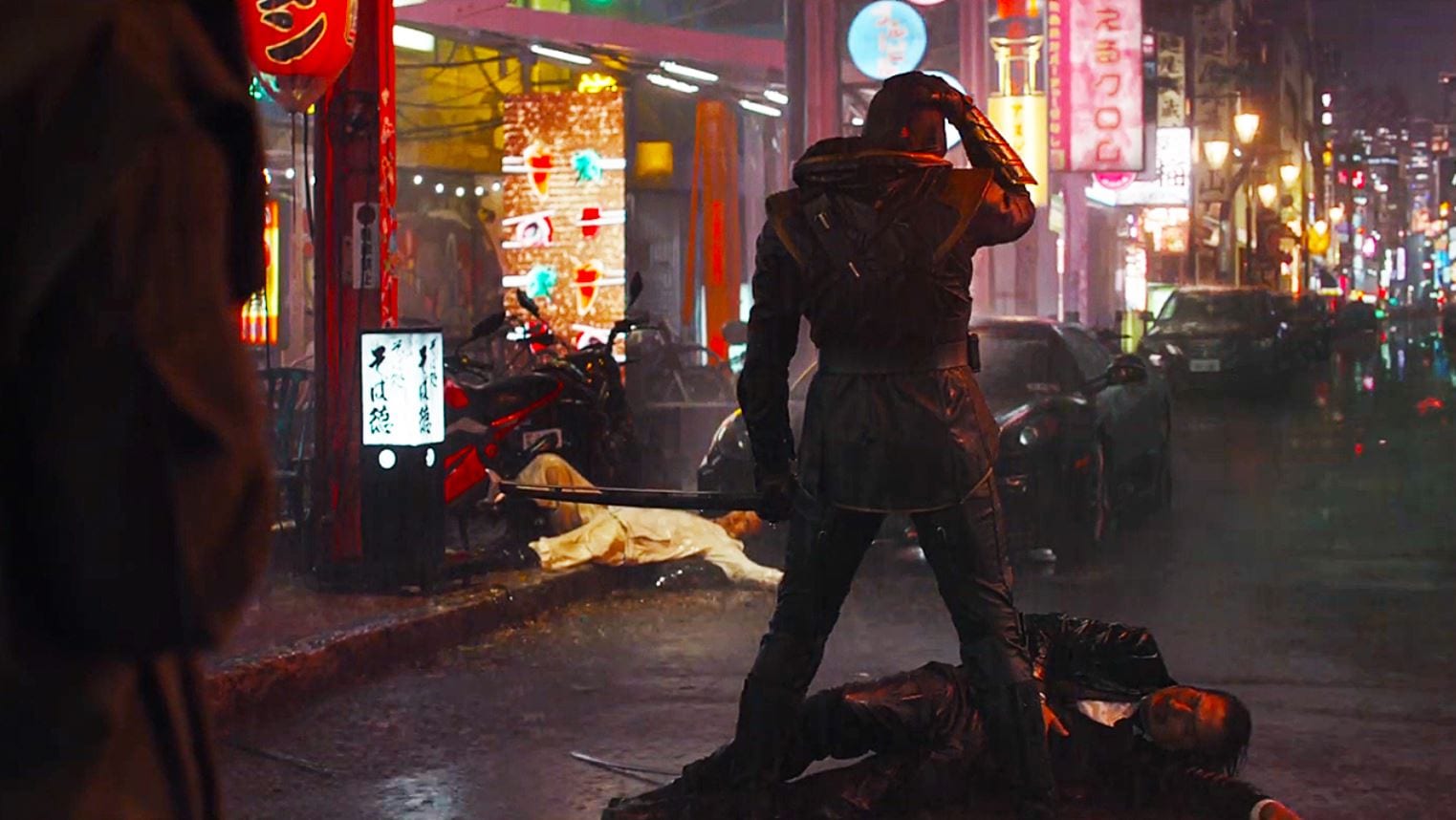 After the end of Avengers: Infinity War, fans were left in grief as some of their most favorite characters had been turned into dust. People could only speculate as to how the heroes could be saved. One of the fan theories that had come out was time travel. This theory received further fuel to the fire as certain set photos of Avengers: Endgame was leaked. This had Steve Rogers dressed in his suit from back in the first Avengers movie. This was later confirmed in the film as four separate parties were created to fetch the Infinity Stones back from the past. If we think back from the ending scenes of Infinity War itself, Scott Lang was trapped in the Quantum Realm. This itself was a huge giveaway to the possibility of time travel in the future of MCU. 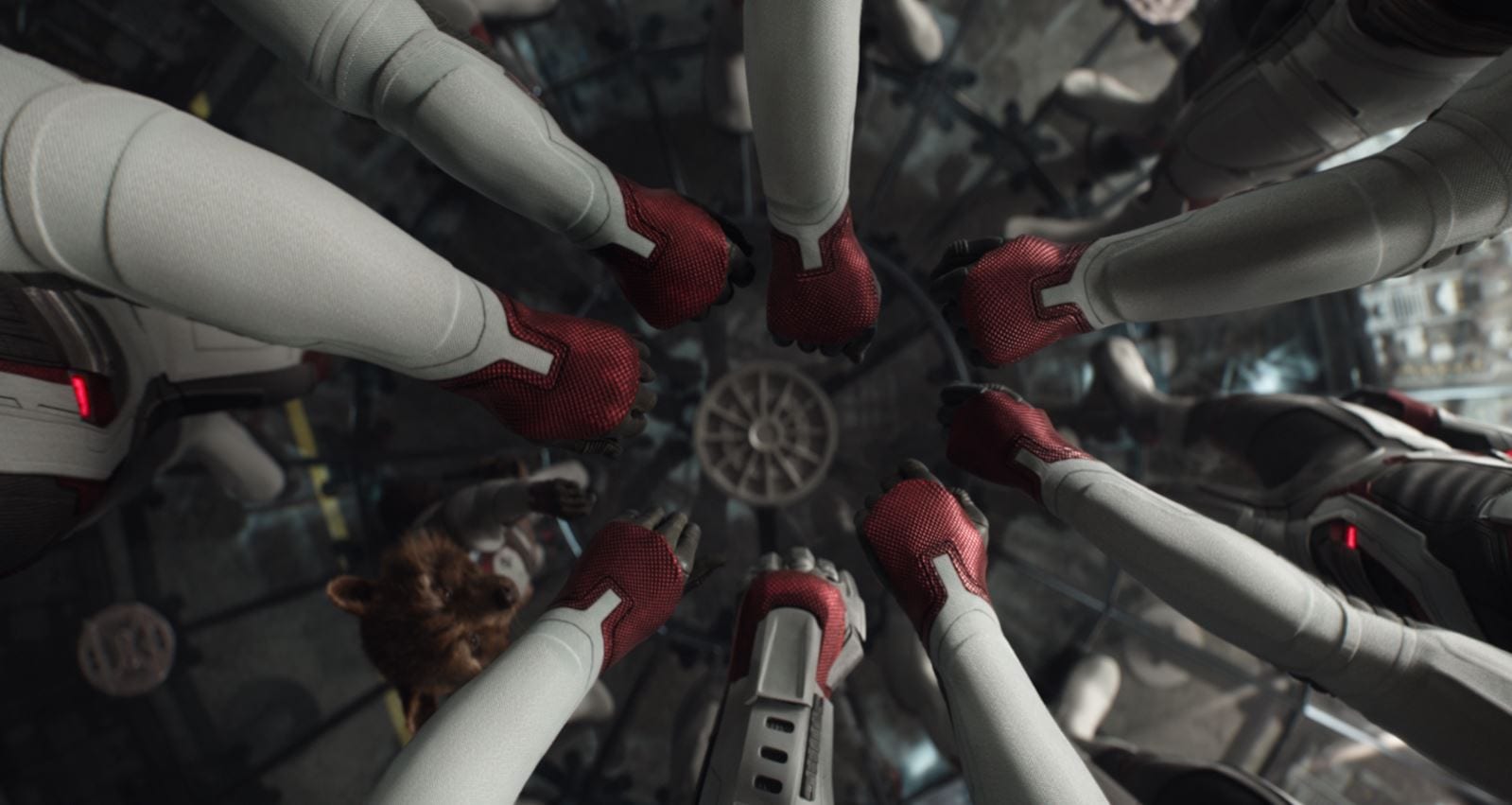 Avengers about to Time Travel

Falcon Is The New Captain America

Chris Evans has been in the Marvel Cinematic Universe for a long time now. And his departure had been rumored which caused MCU fans to form some theories that fortunately turned out to be true as well. In Comic Books, while initially, Bucky Barnes becomes Captain America, the later versions showed Sam Wilson taking on the role. This had fans speculating over which of the two friends of Steve Rogers will actually become the superhero. At the end of Avengers: Infinity War, we see how Steve gave the shield away to Sam Wilson naming him the next Captain America. But we later see John Walker being given the role by the US Government in the show, The Falcon and The Winter Soldier. But fortunately, by the end of the series, we see John Walker becoming the US Agent and Sam Wilson becoming Captain America. 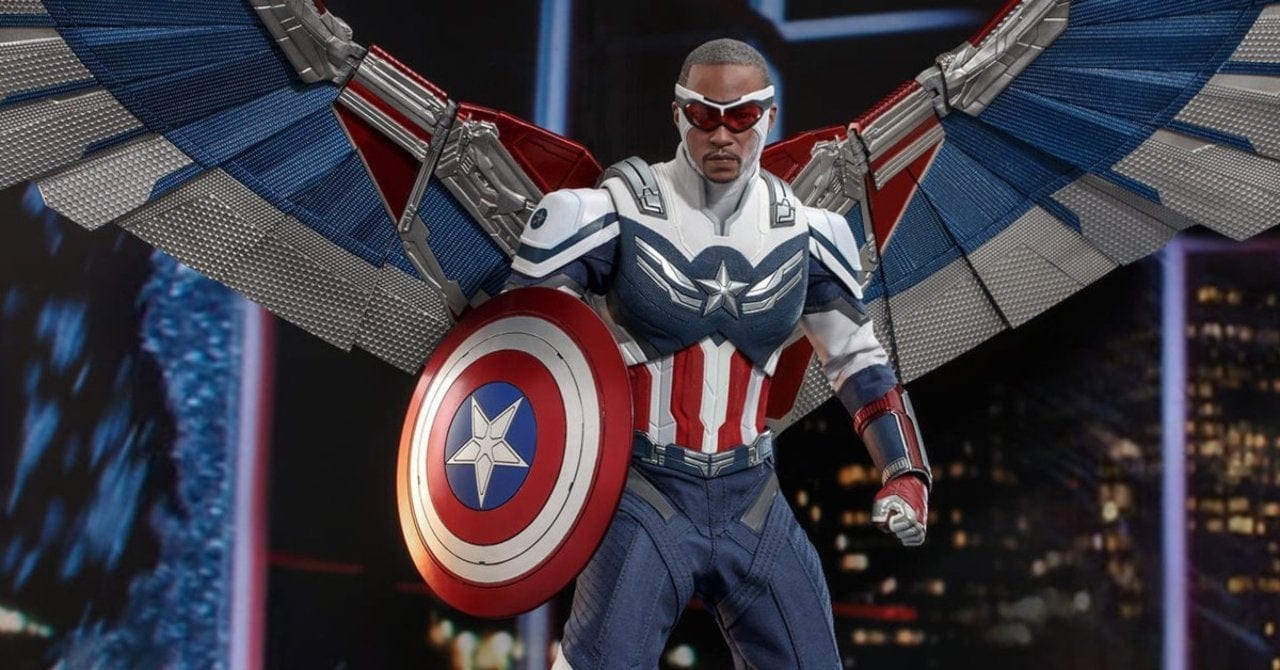 Falcon is the new Captain America

The Infinity Stones used to be a huge part of the MCU’s mast majority of the storyline. Throughout the films, we had some of the Infinity Stones accounted for while the Time Stone and Reality Stone remained. Leading up to the release of the Doctor Strange movie, fans speculated that this film will introduce us to the time stone. Correctly so, these MCU Theories turned out to be true. The Time Stone had been housed within Doctor Strange’s amulet, Eye of Agamotto. Initially, this was only due to the color of the amulet that resembled the infinity stone. This was later confirmed by a statement from Kevin Feige who said that the Eye of Agamotto can manipulate with time. 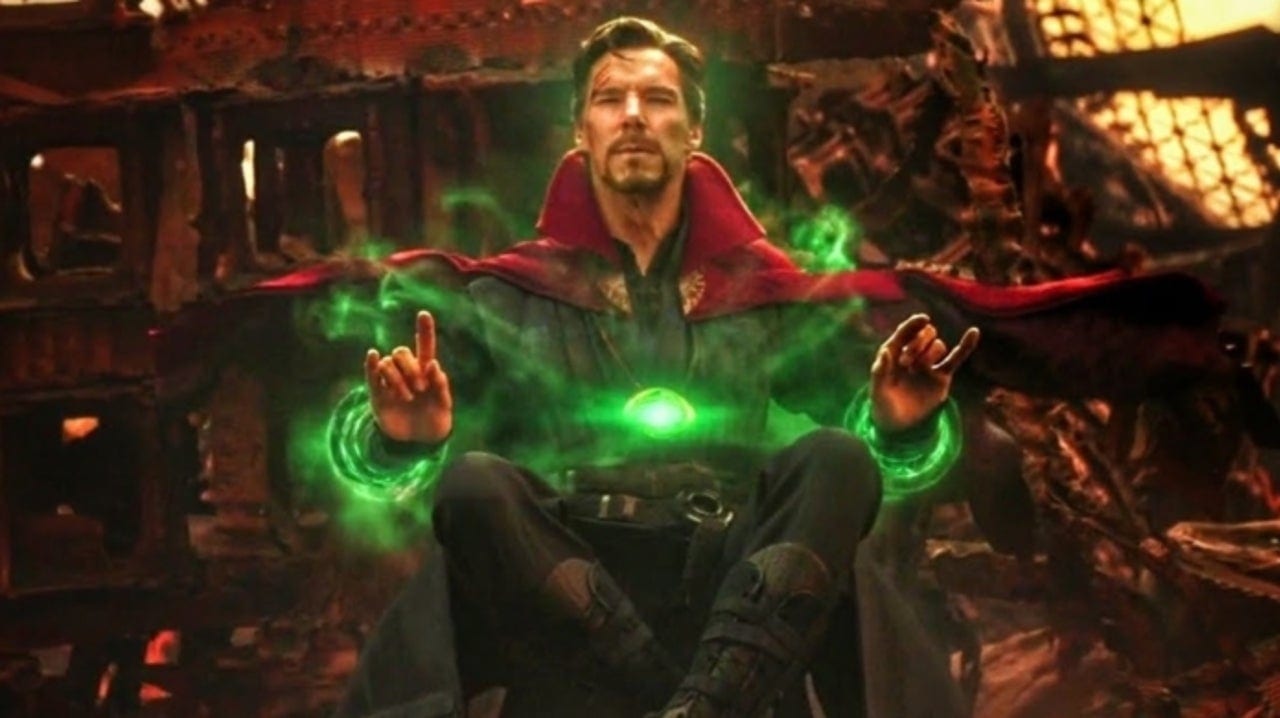 Doctor Strange And The Quantum Realm

When Ant-Man was first released, it allowed the possibility of the existence of the Microverse. Very much so, it did exist in the form of the Quantum Realm. To enter it, one must shrink down to a subatomic size that would have space and time rendered meaningless. This was theorized by fans to become a place of significance for the future of the MCU as it was to be a doorway to different universes. Subsequently, when Doctor Strange was released, we saw Quantum Realm there as well. During the film, Doctor Strange travels through various dimensions, one of them being the Quantum Realm. 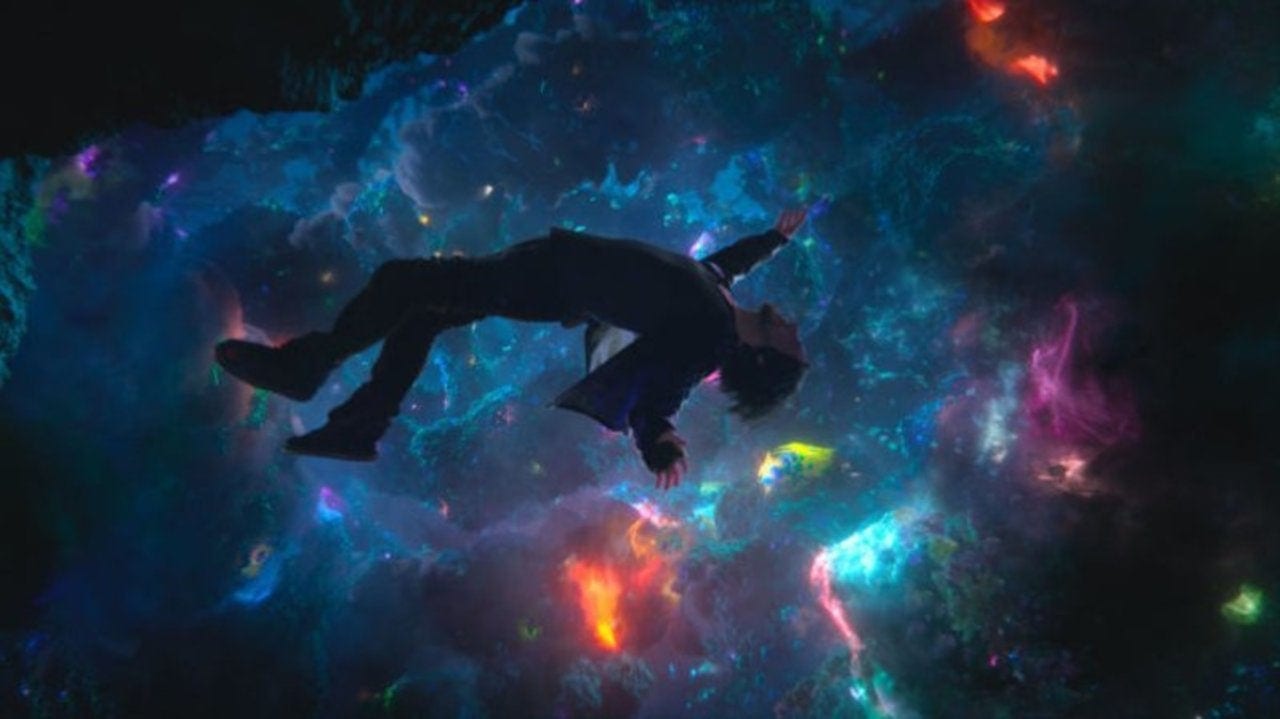 Doctor Strange in the Quantum Realm

As we all know, the Marvel Cinematic Universe is based on comic books. So, many of its stories are predictable if one keeps a close eye trying to link both of them together. Over the years, two such movie titles that gave away the plot for the film were Thor: Ragnarok and Captain America: Civil War. Thor being derived from the Norse mythology, Vikings were known to worship them. If you have followed up with their mythology, you would know that the word Ragnarok is something associated with the end of everything. This was proven right as by the end of Thor: Ragnarok, Asgard has been decimated. Similarly, the poster for Captain America: Civil gives away that there will be infighting between the two heavyweights within the Avengers, Captain America, and Iron Man. 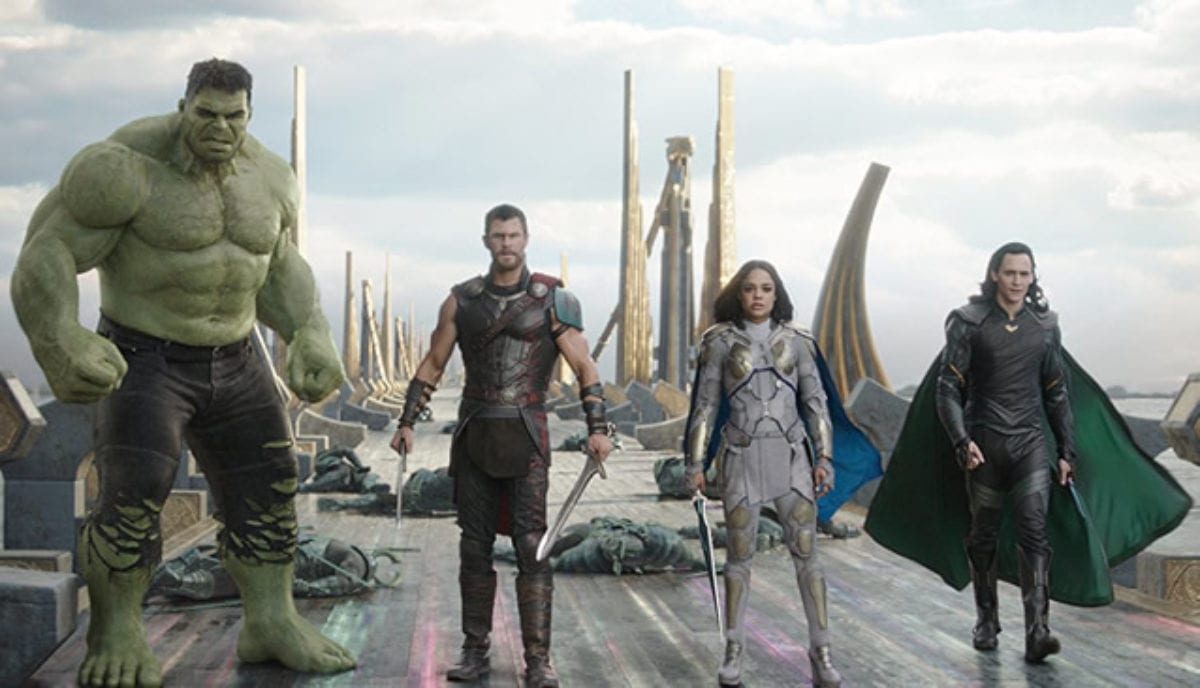 Also Read: What Is Temporal Aura In Loki? The Role It Could Play In MCU

The first Thor movie saw Odin banishing Thor from Asgard. During this, Thor is no longer considered worthy as he is unable to pick up his Mjolnir. But by the end of the film, we see that Thor learns his lesson to regain his worthiness to wield the weapon. This had fans doubt if someone else could actually wield the hammer. In the first Avengers film, we see several members of the Avengers try out their luck in picking up the weapon. During this, we see the Mjolnir flinch a little as Steve Rogers tries to pick it. Later, we see Vision pick up the Mjolnir in Avengers: Age of Ultron. This was kind of given considering how Vision was as pure as possible. Nevertheless, the theory was finally confirmed when Captain America is able to wield Mjolnir in Avengers: Endgame. 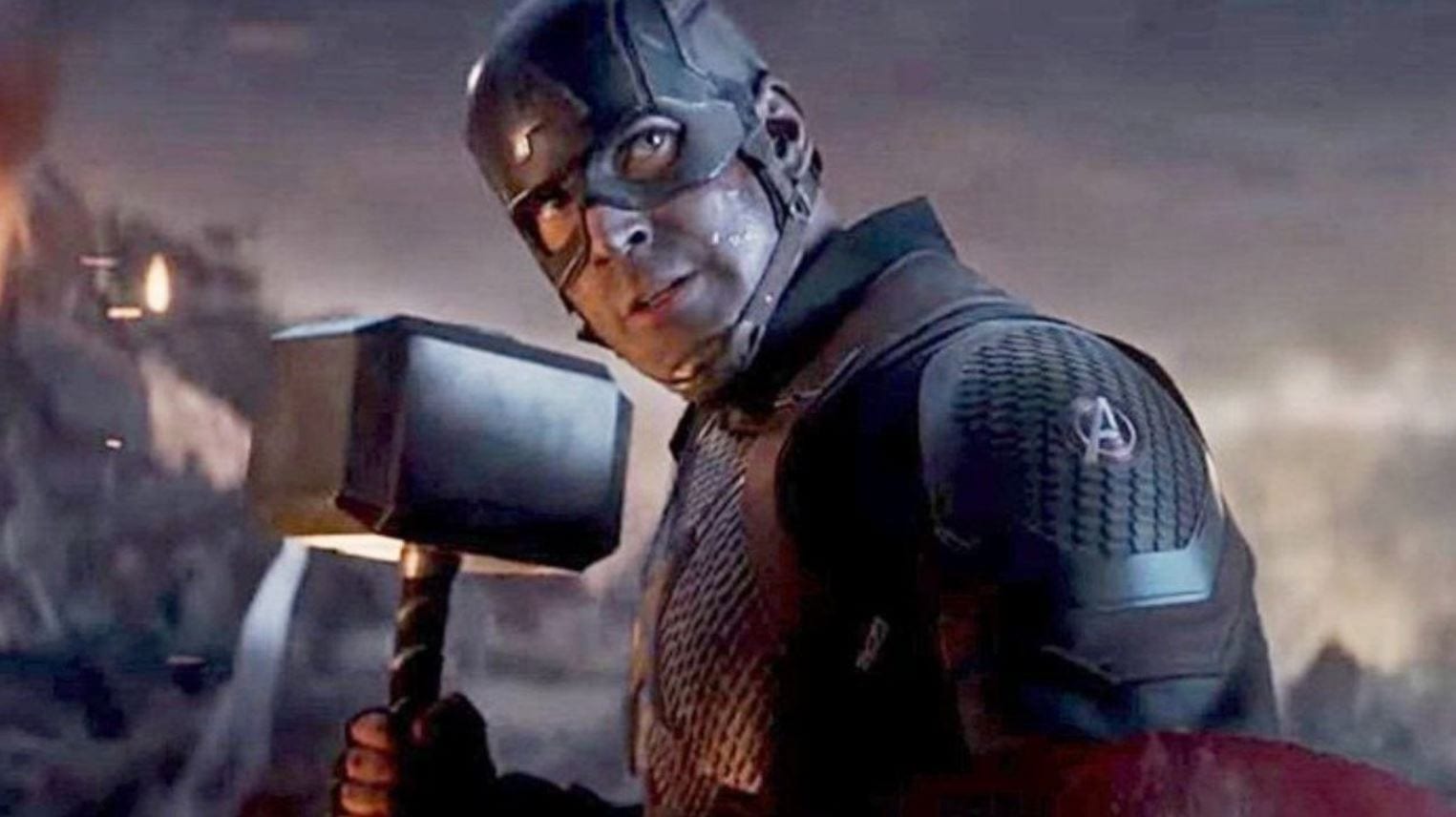 Jane Foster acts as the love interest of Thor in the MCU. After her very first appearance, she was theorized by fans to become Mighty Thor in the future. This was later confirmed as Natalie Portman who played Jane Foster in the first Thor film was confirmed to make her return in Thor: Love and Thunder. And according to what has been revealed to the fans, Jane Foster will finally take on the role of Mighty Thor from the comic books. 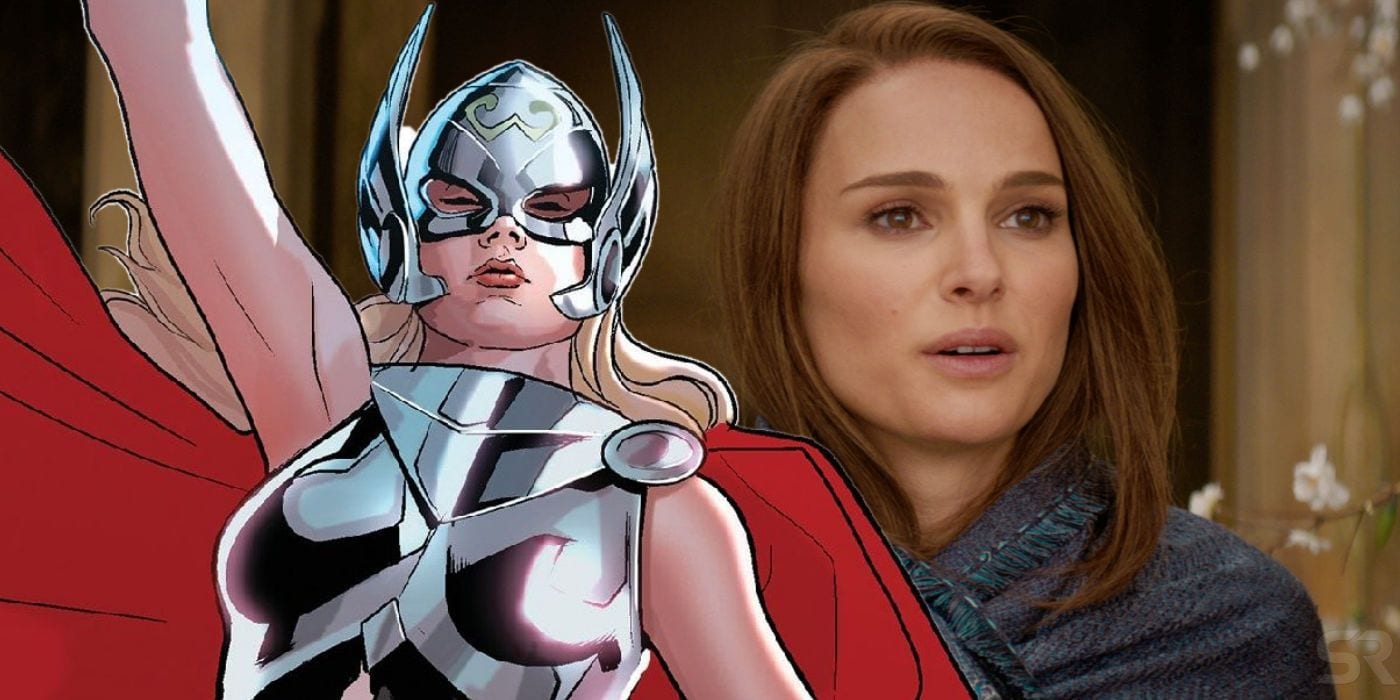 Also Read: Thor: Love And Thunder Finished Filming: Are We Getting First LGBTQ Character OF MCU?

Stan Lee Is A Watcher Informant

From the very first Marvel film, Stan Lee has appeared in just about every MCU film. Throughout the years, fans had considered it to be a running joke to have Stan Lee make a cameo appearance in the films. But this was later considered more than we had been led on to believe. At the end of Guardians of the Galaxy Vol. 2, we see Stan Lee speaking to a group of Watchers. Here, he was informing them about his time as a FedEx Agent during Captain America: Civil War. This has confirmed many MCU fan theories that suggested Stan Lee’s character the same in every film and he was in fact omnipresent. Additionally, Stan Lee was even credited as a Watcher Informant in the end credits. 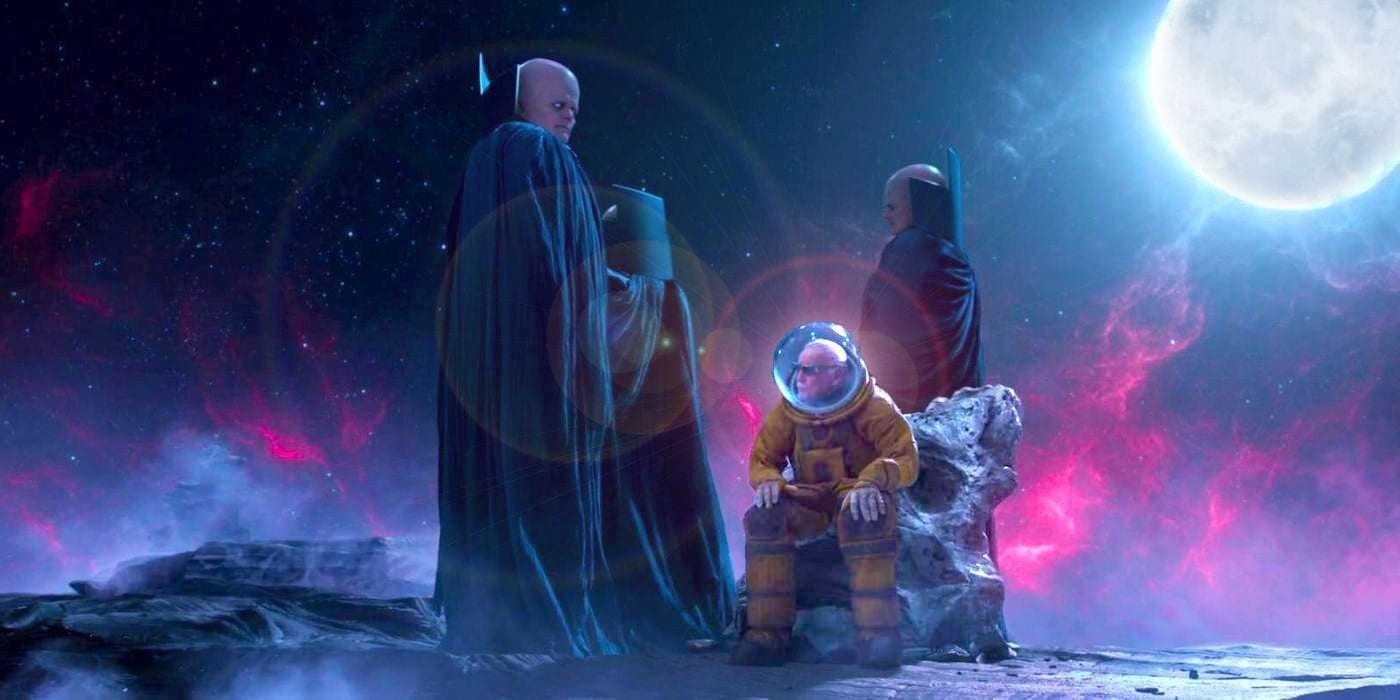 Stan Lee is a Watcher Informant

Loki has been depicted as Genderfluid in the novel, Loki: Where Mischief Lies. In this book, Loki’s sexuality has been brought up multiple times. and it has been established that Loki is pansexual and genderfluid. This caused the MCU fans to come up with theories as to how Loki’s sexuality will be brought up in the Disney+ show Loki. This has now been confirmed in the third episode of the show, where Loki speaks to another Variant of himself, Sylvie. During the conversation, Loki reveals indirectly that he is in fact a non-binary. 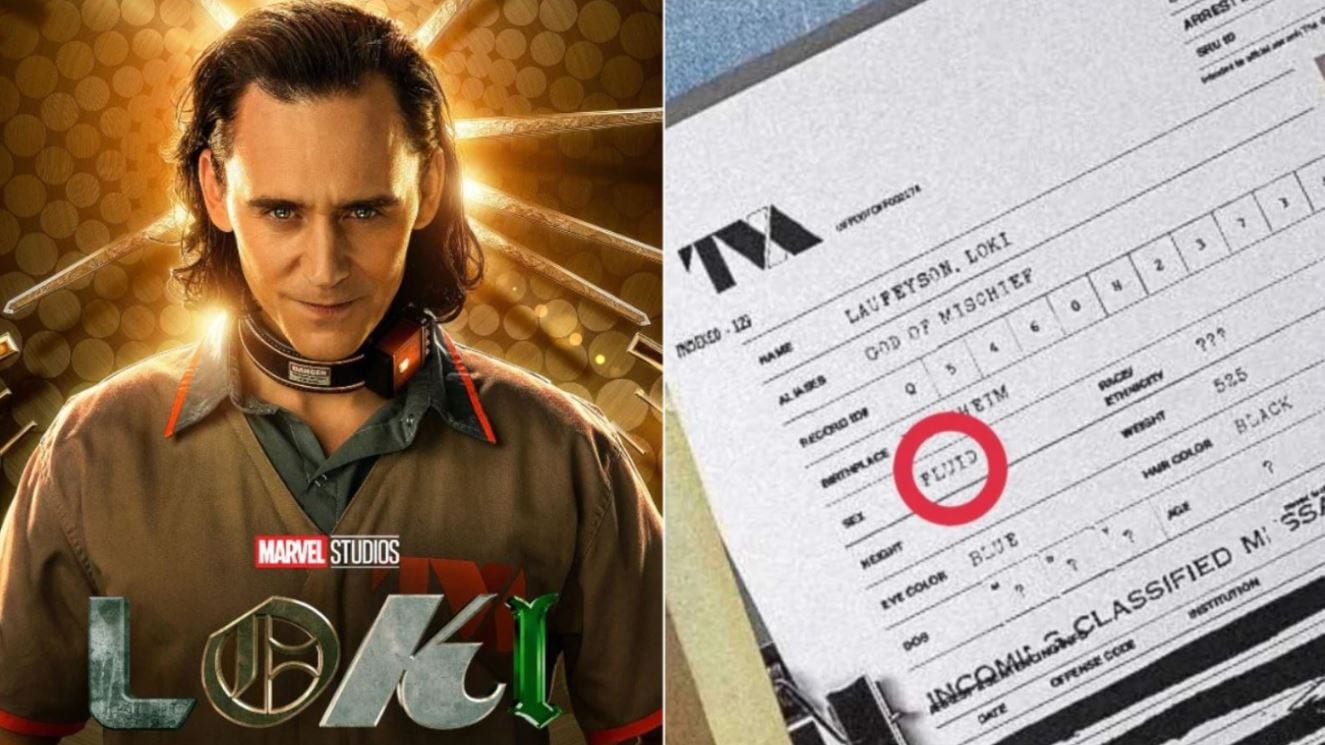 Also Read: Top 10 Twists In MCU That No One Expected