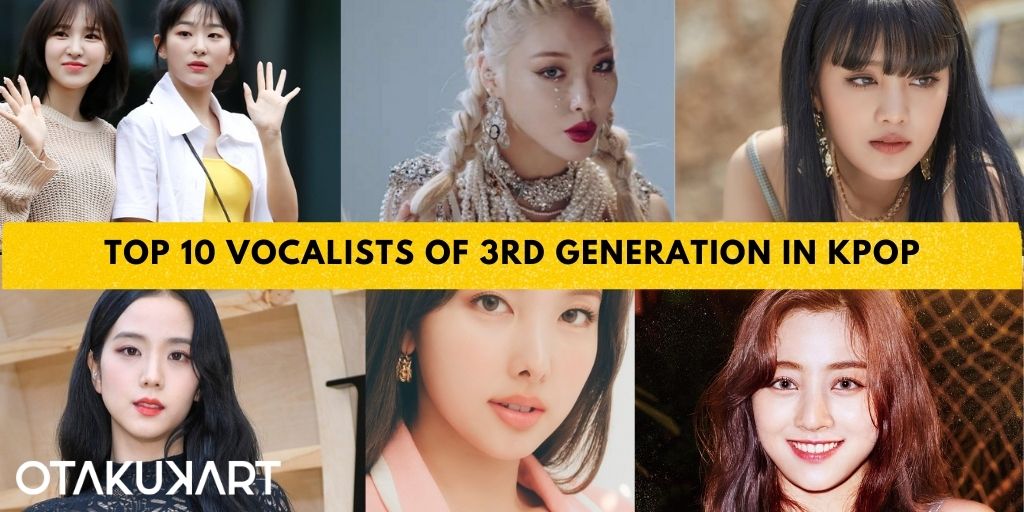 Every era in K-pop is always bringing in something new. The industry is constantly improving and revolutionizing the way we perceive music. However, if there is one thing that has remained constant and unwavering throughout these generations of K-pop, it is undoubtedly the rich vocals of Korean artists. In appreciation of their hard work and for blessing us with their voice, let us count down the top 10 female vocalists from the 3rd generation of K-pop in today’s listicle.

Before we dive right in, the 3rd generation of K-pop comprises all the groups that debuted within the period starting from 2009 to 2019. This era is truly unforgettable as it produced some of the top-performing artists in the world today. Moreover, the big global break was also achieved significantly in this period. Some of the popular 3rd generation male groups are BTS, EXO, and GOT7. While you can read about those vocalists here, let us focus on the power of the female idols for now!

Top 10 Female Vocalists From The 3rd Generation of K-pop

The below list is purely crafted based on our opinion and preferences. We totally respect a difference in opinion. Moreover, considering the talent overflowing among the female idols. If we were to include every idol out there, the list would no doubt be endless. Hence, with our best efforts, we have condensed the entire ocean into a pool. Here is our ranking of the top 10 female vocalists from the 3rd generation of K-pop.

Solar from Mamamoo definitely has a voice that one cannot forget that easily. Her renditions in music are so soothing to the listening ear. Moreover, her aura on stage is unmatched as she radiates absolute power. In fact, Solar is the main vocalist of the girl group Mamamoo. In 2020 she also changed her course slightly to kickstart her career as a soloist. Her first album was titled Spit It Out. Her mesmerizing vocals in the same definitely had us choking on our water! Solar has also been a part of numerous OST productions. In addition, she has also appeared on the show the Masked Singer, where she swept the audience off their feet yet again! Catch her recent solo single, right here!

Personally, we hold ChungHa in high regard. She has made her mark in the hearts of fans as a soloist. Her dominating vocals exude grit and determination that one cannot help but fall in love with! Paired with this are her perfect features, which truly emulate the picture of a goddess. She made her solo debut in the year 2017. 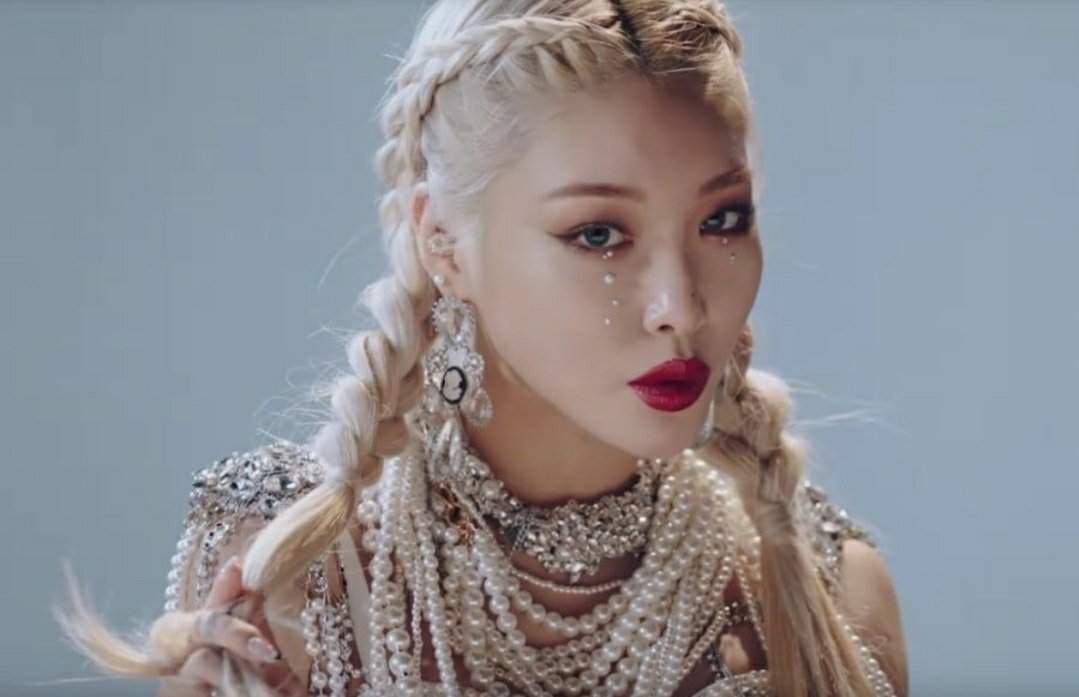 Prior to this, she performed as a member of the project girl group I.O.I. What started with her debut album, Hands on Me. Where the title track itself started breaking the internet, she has come a long way in 2022. As of today, ChungHa has numerous collaborations and mini albums to add to her list of achievements. Moreover, she tested positive for Covid-19 in late 2020. This forced her to halt all activities for a while. However, she is back with a bang, and we cannot wait to see how she will fare in the future!

It is no doubt that Park Jihyo is one of the top 10 female vocalists from the 3rd generation of K-pop. She has a very subtle and mellow voice that sounds dreamy and absolutely angelic. Moreover, Jihyo’s talents do not just end with a beautiful face and a beautiful voice. She is also an extremely talented dancer with a strong presence on stage that is hard to miss. Her personality, which is just as unwavering and strong, has led her to become the leader of the group Twice. Jihyo has been under the spotlight for various other reasons, including a dating scandal with former Wanna One member Kang Daniel. Nevertheless, she will always be the beloved pumpkin in every Once’s heart! 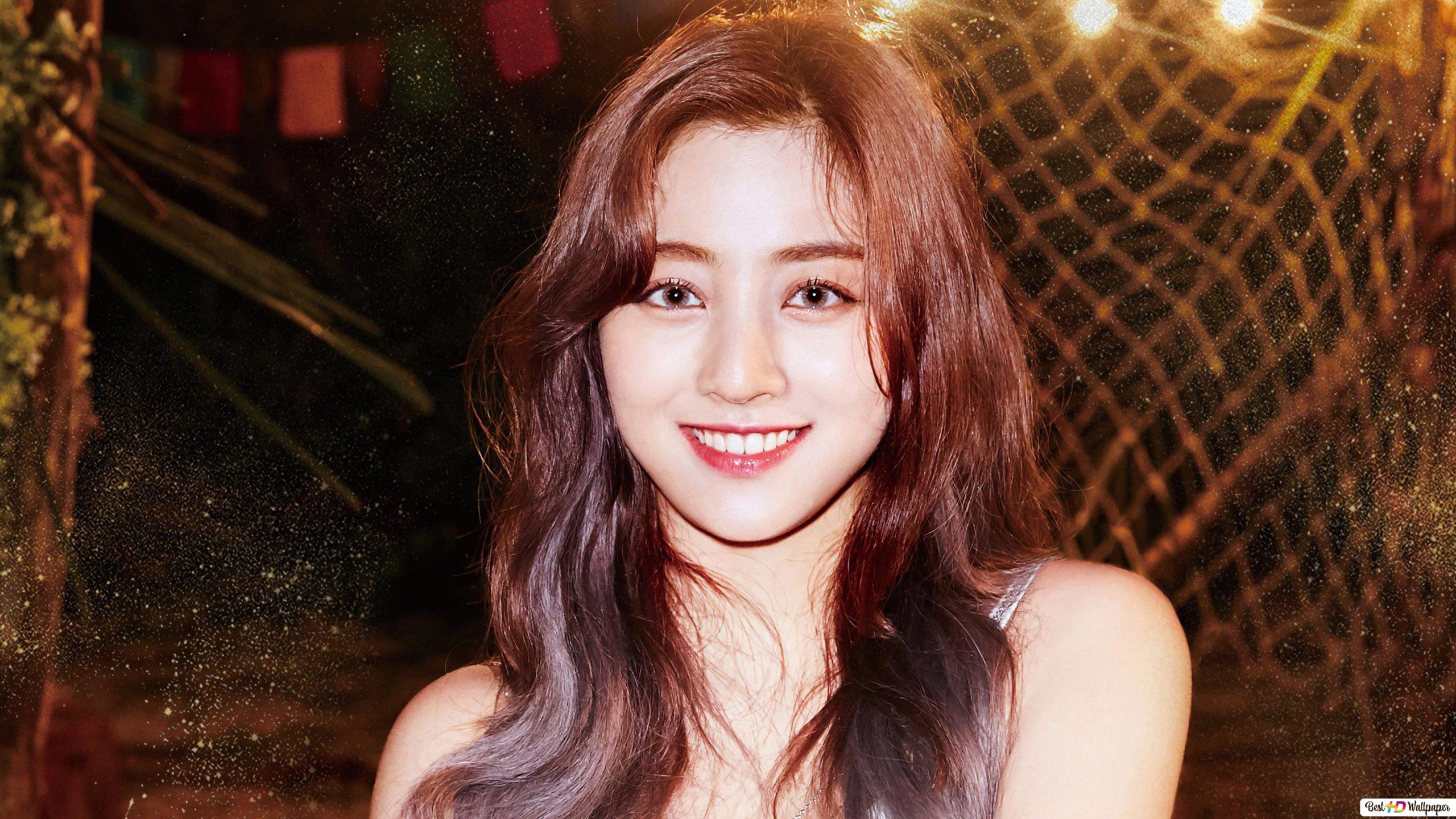 We believe that Somi and her vocals are rather underrated in the K-pop industry as a whole. She possesses an extremely melodious voice that is sure that make your heart skip a beat. Jeon Somi is a Korean- Canadian singer who also won a spot in the project girl group I.O.I. She bagged this spot after winning the first place title in the Produce 101 variety show. 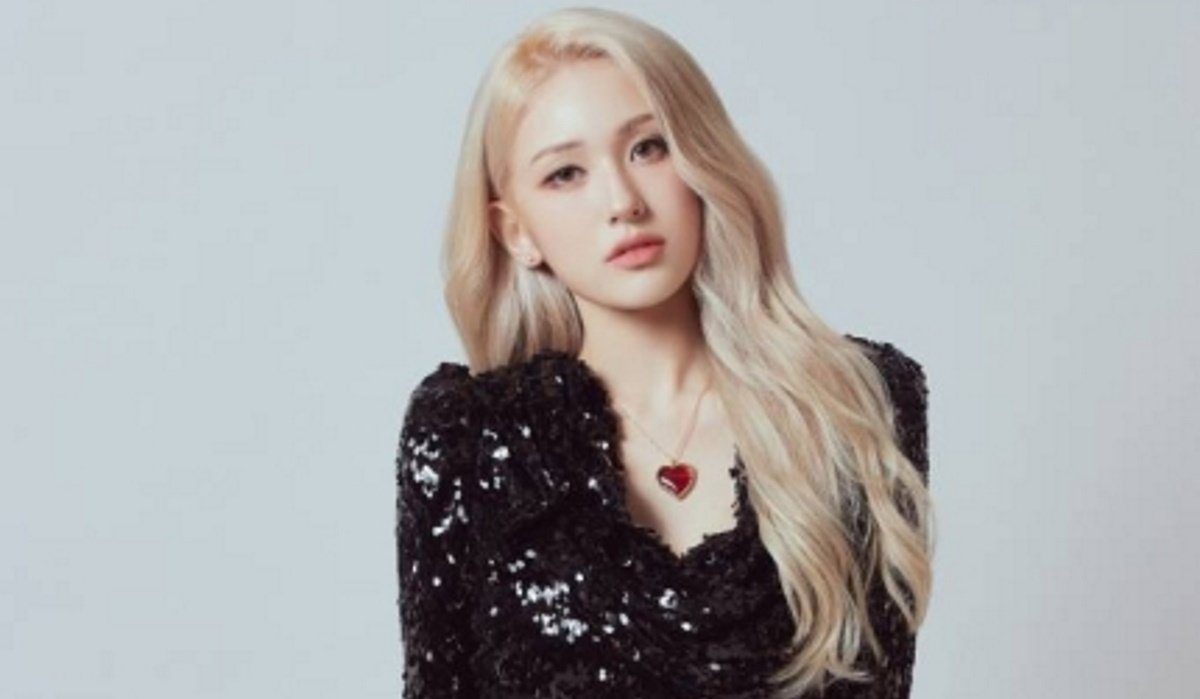 However, after the group disbanded and all the members started making their own paths, Somi kickstarted her career as a soloist. In this way, she has worked her way to the top from the ground up and deserves way more recognition and fame. Owing to her dual nationality as well, Somi has easily become a global icon who is adored by fans across the globe!

The only thing cute about Minnie is not just her name but her vocals which are just as adorable and warm. Her vocals are a powerhouse of comfort, which feels like a warm hug every time we listen to it. She is the lead vocalist of G-idle, known for her unique voice. In fact, she always introduces herself as the attractive voice of G-idle. Minnie is an artist whose name is well known in Thailand as she was born there. As such, she is a polyglot and can effortlessly make conversation in Thai, Korean, and English! Minnie and Shuhua are the only remaining members who haven’t debuted with solo tracks yet. We think Minnie might be next in line and cannot wait for this to become a reality! 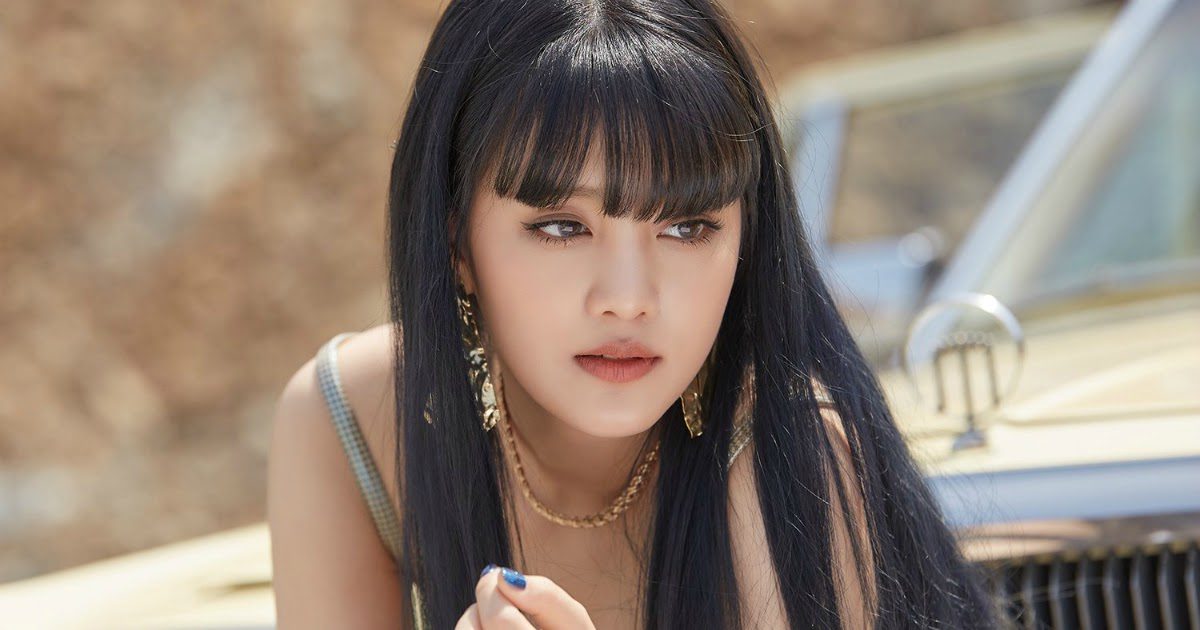 Yet another member of twice to make it to the list of top 10 female vocalists from the 3rd generation of K-pop is Nayeon of Twice. She is deemed as one of the strongest vocalists of twice and K-pop in general. Her sharp voice pierces through every difficulty you are facing and helps soothe the heart. Moreover, she hits high notes so effortlessly and naturally that we cannot help but listen in awe! Especially in I can’t Stop Me, where she absolutely tore down the stage with her powerful high notes! Moreover, she is on the road to releasing her first solo EP. 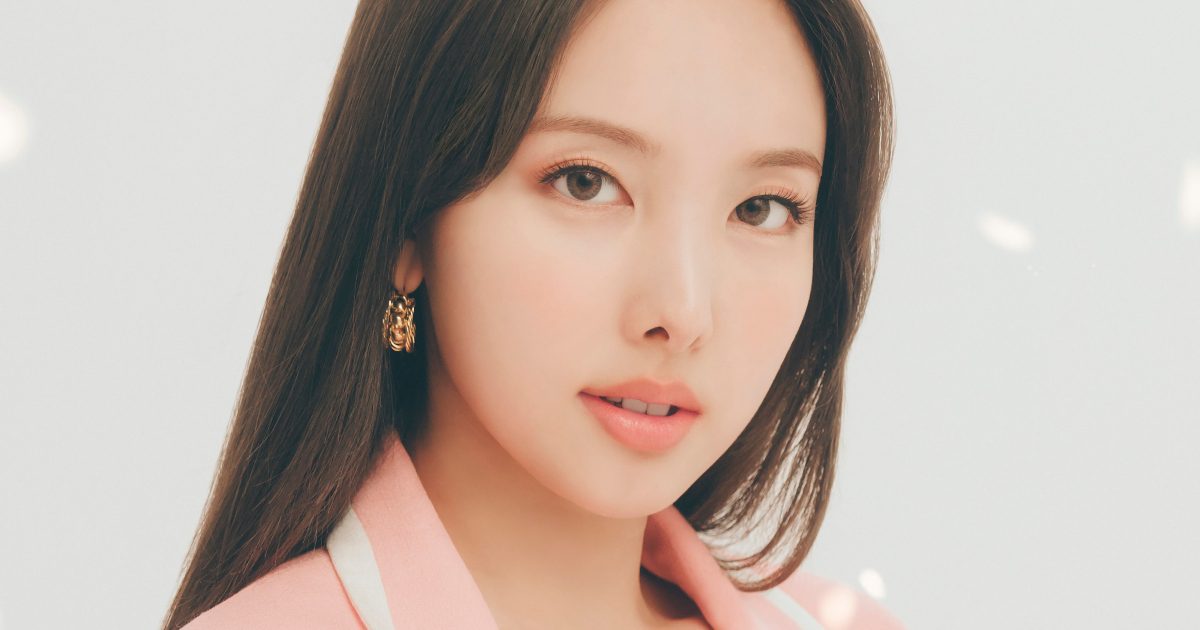 Also Read: Moments When Nayeon From Twice Made Us Forget That She Is The Oldest Member Of The Group

4. Seulgi and Wendy from Red Velvet

Seulgi is the lead vocalist of the group, and naturally, her vocals are no joke. She has been a part of the soundtracks for various Korean dramas as well, such as Uncontrollably Fond, which she released along with Wendy. If you have listened to this, you know the impact her voice has on the listening ear. Moreover, her fellow member Wendy is just as marvelous when it comes to singing. The two of them are indeed a powerful duo, and we hope to see more of them together in the future. 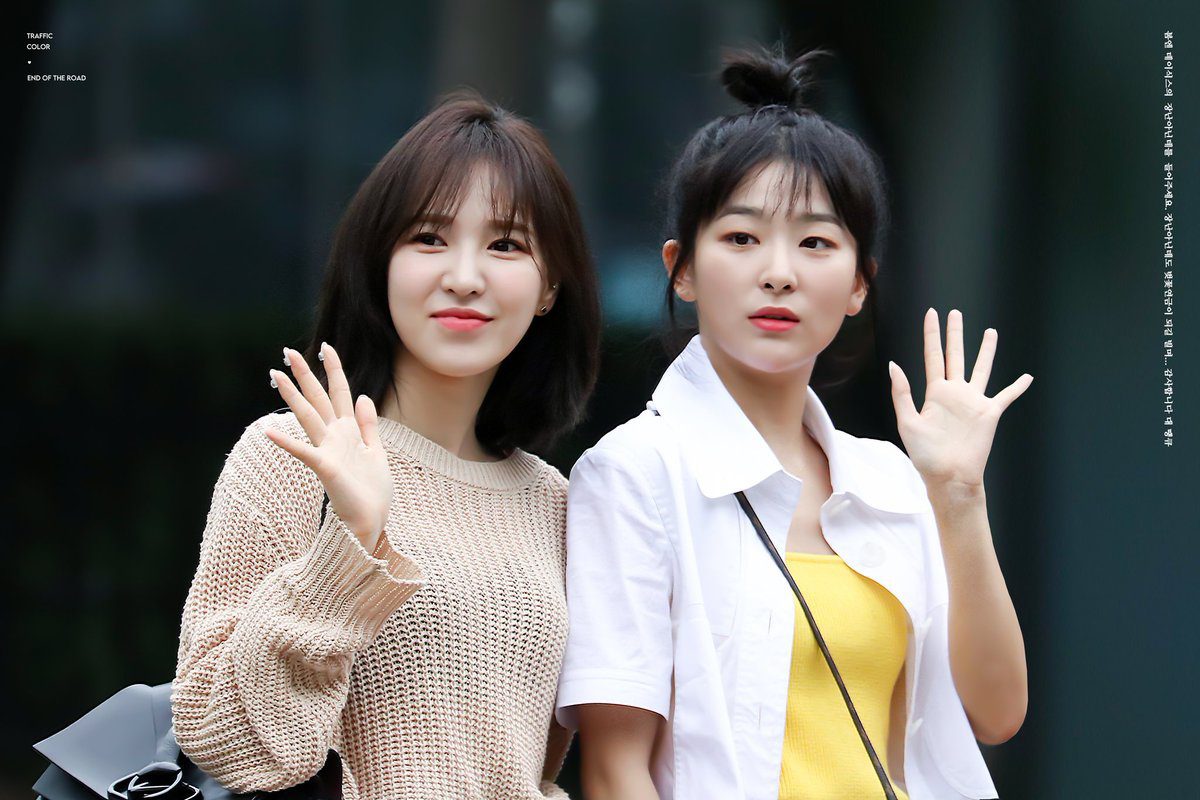 Yet another underrated artist we believe is Jisoo from Blackpink. She possesses a rather bold voice. However, it is somehow just as sweet and mellow. Jisoo’s voice is the perfect blend of sweet and salty, which is truly a match made in heaven. Although she is the only member of Blackpink who does not have a solo debut yet, she has occupied a permanent spot in every Blink’s heart. Even fans who are not Blinks cannot help but appreciate the beauty of her vocals! 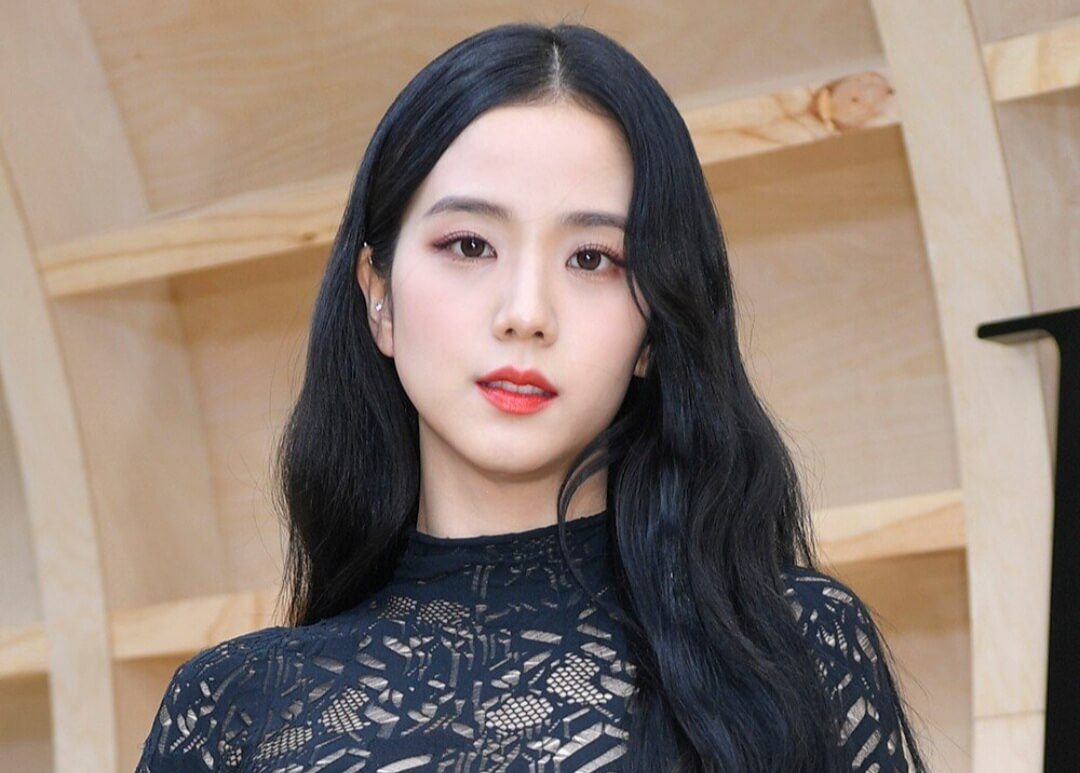 Yuju had her spot on the list coming due to her soothing vocals and absolute style. Her voice is enough to summon all the emotions that are buried deep within your heart. Be it love, grief, or happiness; her strong vocals are capable of not only expressing these feelings but also forcing her listeners to feel the same. She truly is a benchmark in the industry and deserves more and more recognition for her hard work and perseverance. Yuju has kickstarted her solo career as of 2022, which portrays a whole new and revamped side of her. Catch her solo tracks right here!

We are sure you had already guessed who would take the number one spot on this list of top 10 female vocalists from the 3rd generation of K-pop long before it started! Imagine being curled up under the weight of your soft blanket on one cold evening, with mellow music humming in the background and a cup of hot chocolate with cookies as a compliment. Sounds like the ultimate form of comfort, right? This is exactly how we would like to describe Rose’s vocals. They are calm, soothing, and so effective in making us feel good all at the same time! She is undoubtedly our favorite vocalist out there!

Who else did we miss? Let us know!