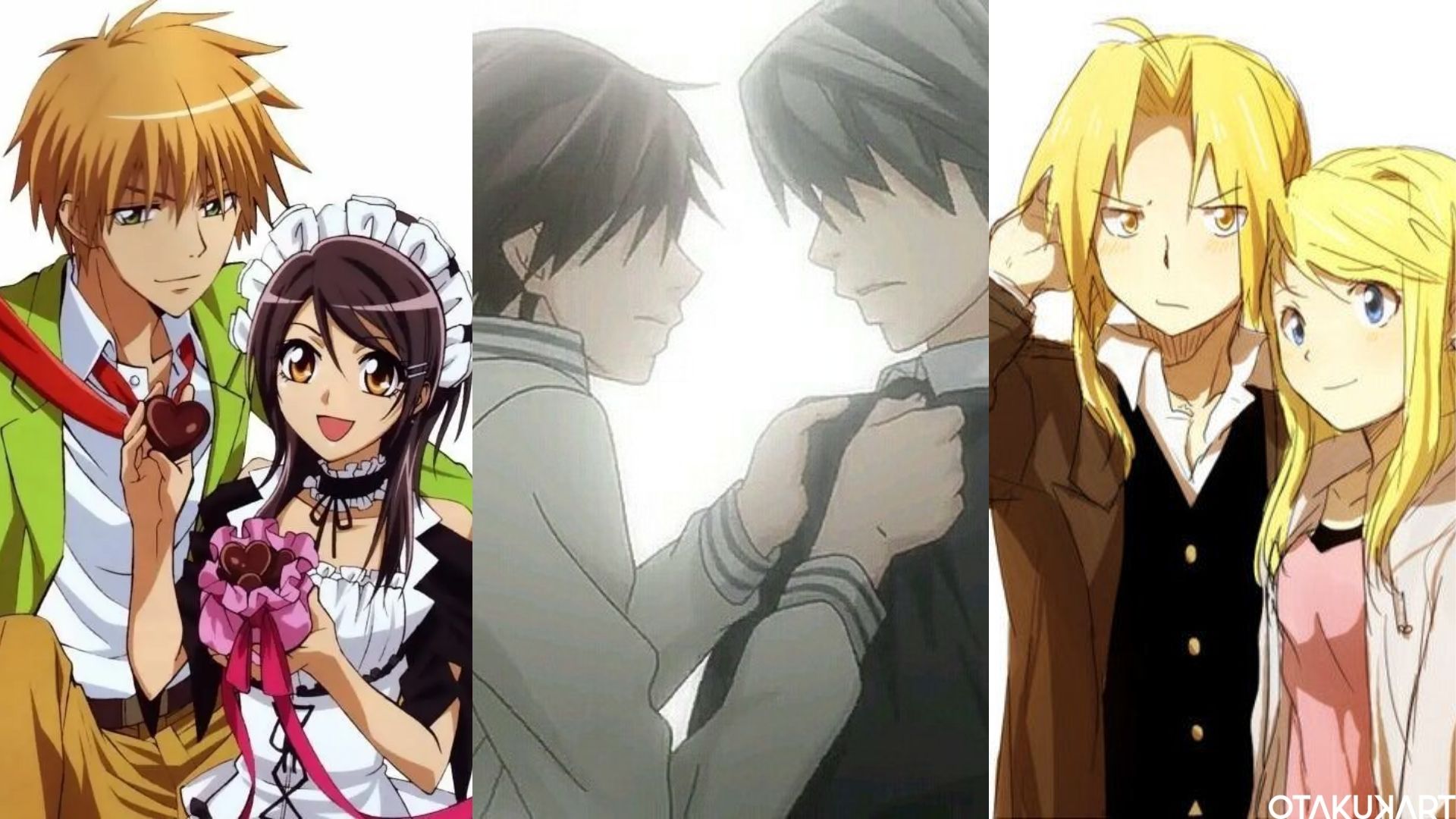 What do you think is the most awaited scene in an anime series? Obviously, the proposals, or any form of ‘bond’ part. While many may like action, adventure, comedy, thriller, even horror, all anime fans would at least want to see even the tiniest bit of romance in their favorite series. Not kidding, just stating some facts, but anime fans are all smile and grin when their favorite couple come together and entertain them. What do you think are some of the cutest anime proposals?

In any anime, fangirls and even fanboys would ship couples and, with much anticipation, would want a pair to propose to each other and become the couple that they want to see. Whether it be with some action and drama in it, fans are just crazy about scenes like this. Here, we bring ten such cutest anime proposals to you. There are many that you may think are cute, according to your taste.

Without any further ado, here are some of the cutest anime proposals that are liked by many.

One of the most awaited anime series, where fans have been waiting for a second season ever since its initial release in 2016. Yuri!! On Ice is not exactly a BL series, but there are scenes where one might have to think otherwise.

When Yuri Katsuki performed well, like very well, in one of the competitions, he ran into Viktor. Viktor, not knowing how to congratulate Yuri, kissed him. Just from then onwards, fans have been going crazy for another such scene. There were no such scenes in the further episodes, but Yuri had a surprise for Viktor. They bought a ‘couple ring.’ Or should we say ‘matching rings?’ 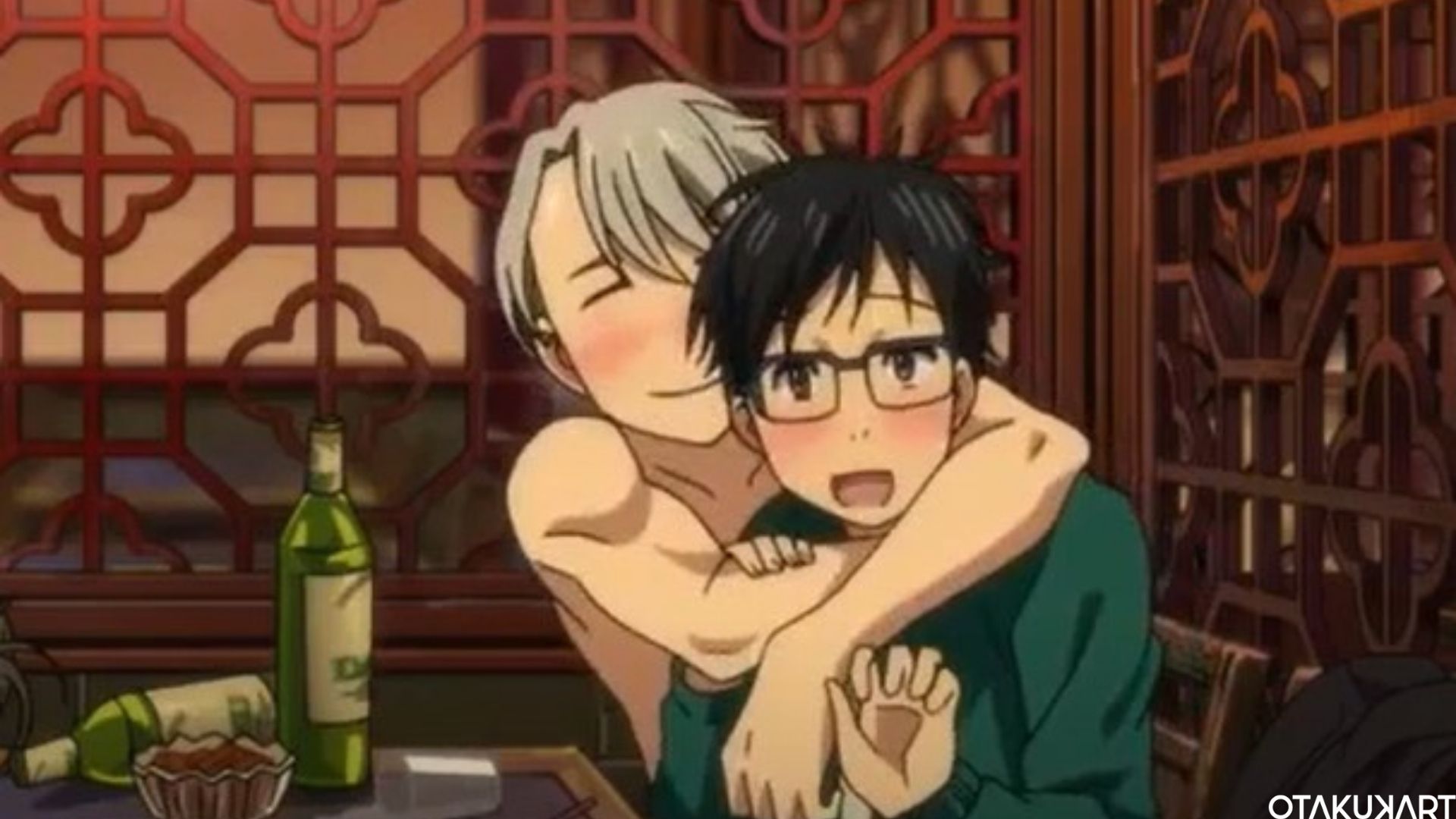 Viktor gets way too drunk and always get naked

When you feel strong and happy around someone who you truly like, just be honest and confess. Be honest with your feelings. Don’t be hard on yourself and try to keep things yourself. Just tell the other person what you really feel. Just how Ikki did. 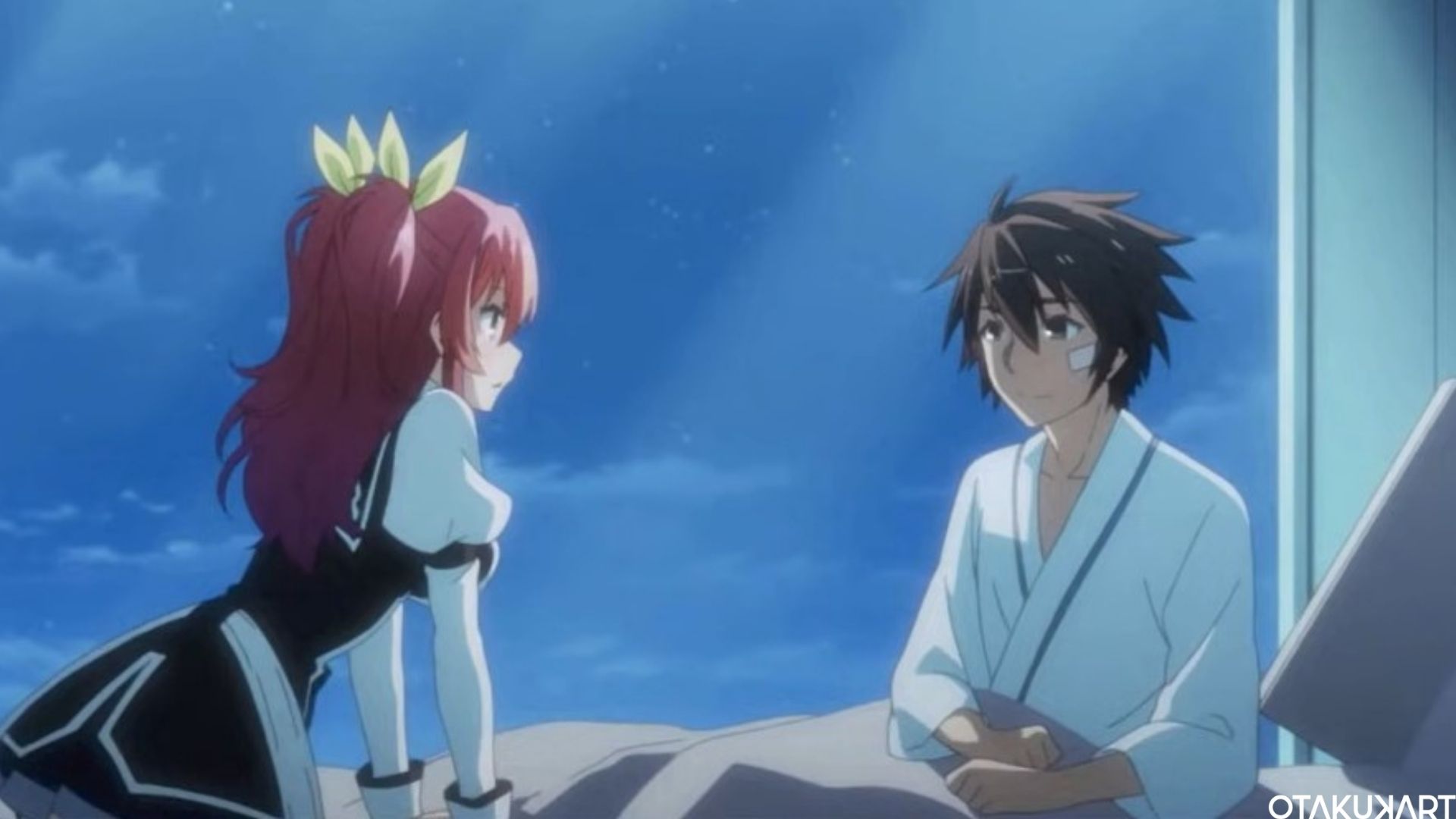 Ikki and Stella: Chivalry of a Failed Knight

Believe it or not, Junjou Romantica has some of the best romantic scenes any fan would dream of. At least that is what fujoshi’s think. Any anime scene can have cute romantic proposals, including an LGBTQ+ series.

Usagi has loved Misaki and has been confessing his love openly to Misaki. He knew that Misaki was still unable to confess to Usagi. Not doubting his feelings, Misaki is just embarrassed to do so. But, there are scenes where even Misaki confesses his love to Usagi in a rather direct and honest way. Usagi gets taken aback when Misaki confesses. Obviously, not just Usagi, but even fans get all excited to see Misaki confess to him, making it one of the cutest proposals in anime. 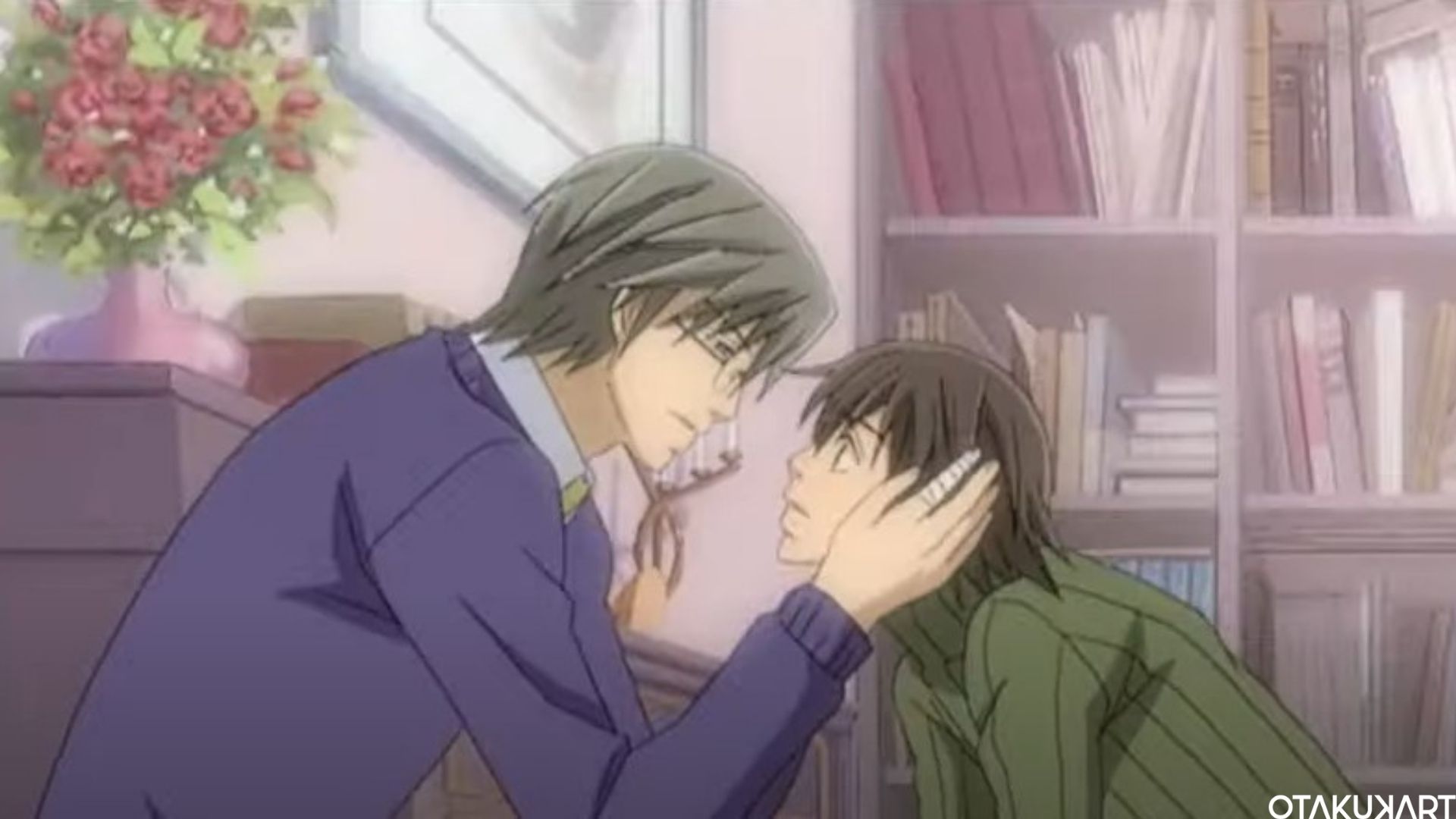 Usagi having his way with Misaki

An underrated anime and an underrated confession. Steins; Gate is one of those anime series that you will find it once in a while worthwhile. How would you feel if someone says that they have been in love with you in all the past lives which you can’t seem to remember? Will you accept his/her love?

Okabe loved Kurisu all the time. But for Kurisu, all those moments felt like a dream. Okabe confessing his love for Kurisu, with boldness at its maximum, had taken fans to ‘say yes’ mode. The genre may be drama, sci-fi, and suspense, but the underrated scenes will make you go all fluffy inside. 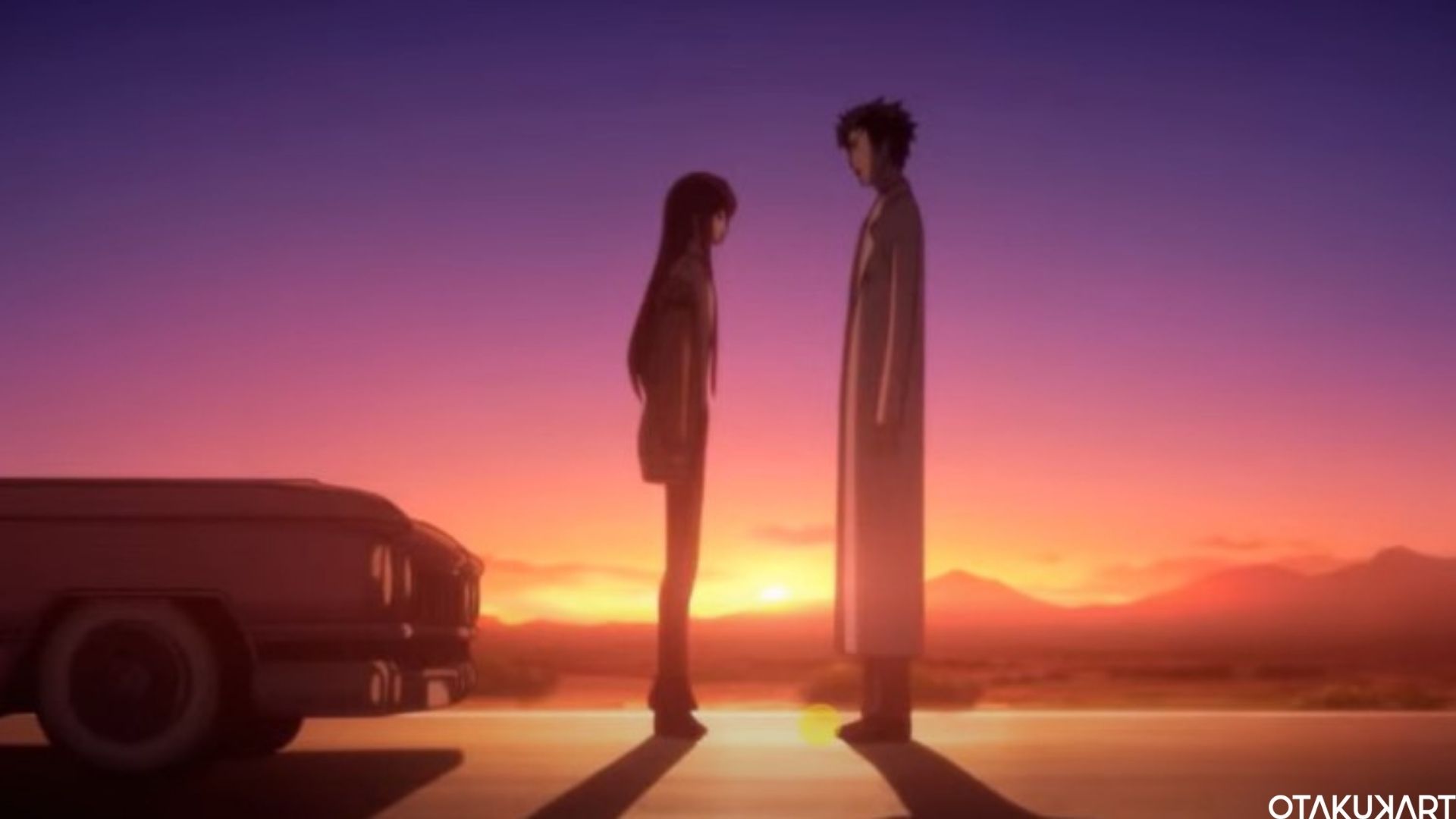 Okabe confessing his love to Kurisu

How would you feel when your much-awaited scene is a confession in public? In anime, having someone scream and say ‘I Love You’ is so romantic. Though if that were to happen to anyone of us in real life, we would have flipped over with embarrassment and excitement.

Seishun Buta Yarou wa Bunny Girl Senpai no Yume wo Minai is a Japanese light novel-based anime series where Puberty Syndrome, an undetected disease, is focused upon. When Mai Sakurajima had the same disease, Sakuta Azusagawa tried his hardest not to let her be forgotten by any. His unshakable determination had him confess his love for her. He did not want anyone to forget about Mai and confessed his love for her, screaming his lungs out in front of the whole school. While it was an absurd way to confess, it was one of the cutest proposals seen in anime. 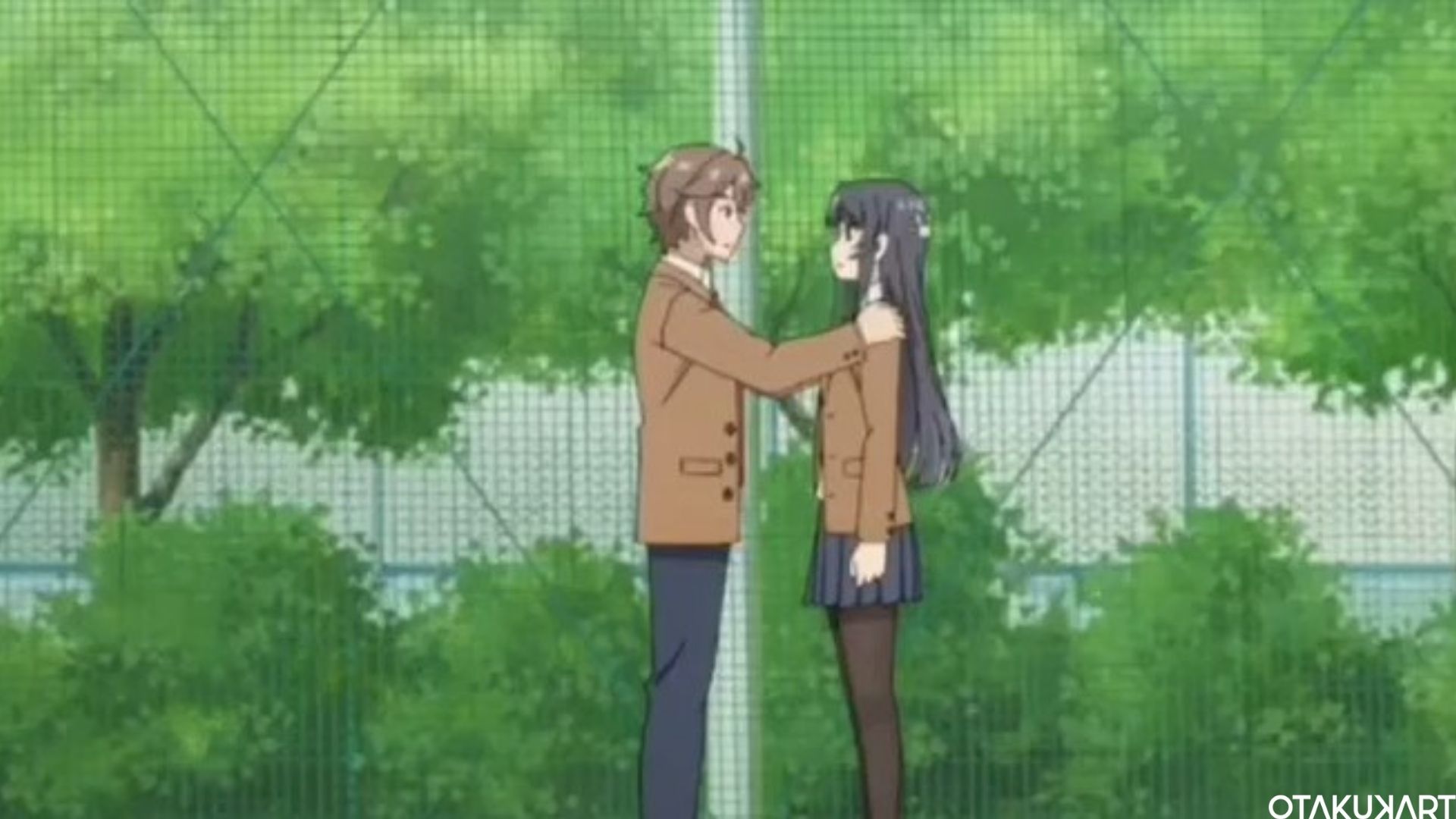 In a sweet and pure anime series such as this, anime fans have been going crazy with so many steamy scenes. Steamy, as in, the romance between Hori and Miyamura is just so unbelievably cute. Miyamura, a nerd at school and a handsome boy with piercings on his ears, outside turns into a perfect boy who is unrecognizable. He is the perfect good boy-turned bad character that fans like.

From confessing to cursing and beating, Miyamura can do anything for Hori-san. Their love is just so funny in a romantic way, of course. 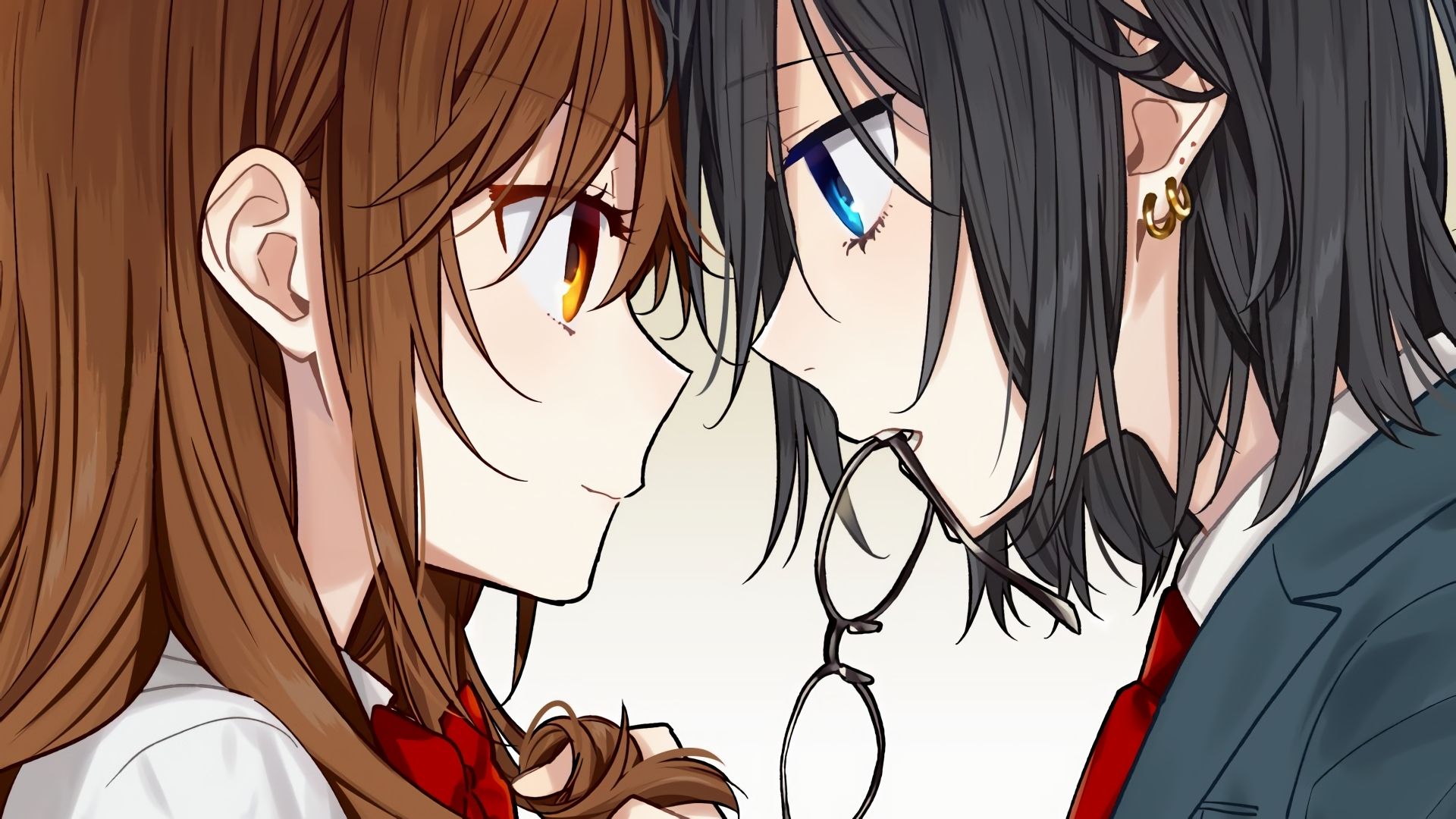 Also Read: 10 Best Moments of Hori and Miyamura in ‘Horimiya’

Some confessions are just meant to be not forgotten. Usui is one of the best anime male characters, and fans have been dying over his perfectionism. Never did any of the fans have any doubt about Usui’s boldness. He did what fans had expected of him. And seeing his boldness, fans were all head over heels over his confession.

He teases, does perverted things, and always puts Misaki on edge. But no matter what, Usui’s feelings for her have reached Misaki, and successfully they have become a couple now. This scene broke many hearts as well. Fans had tears of joy. 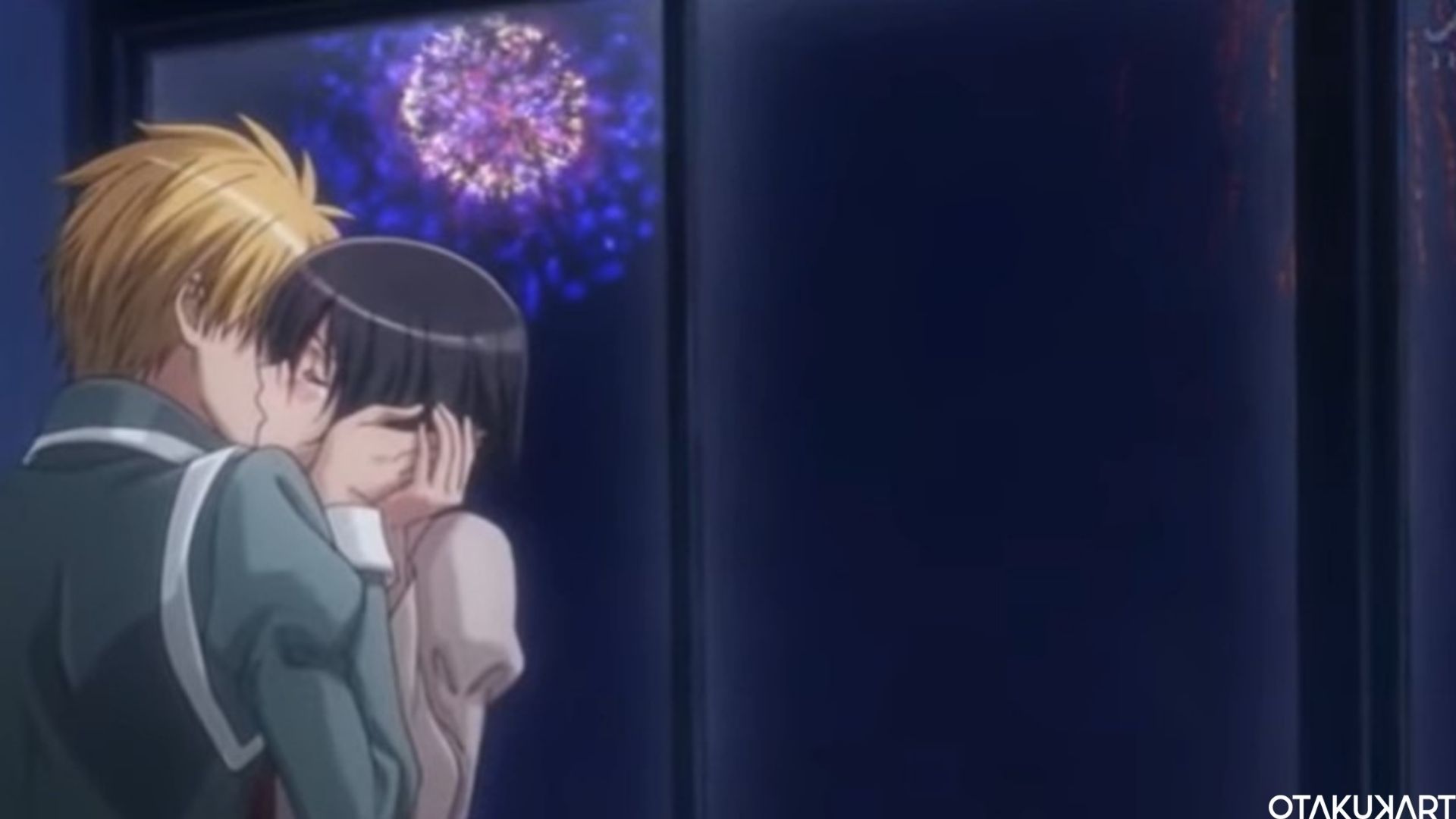 Misaki and Usui finally being honest with each other

When everyone around you knows that you are in love with someone, except for the person themselves, how would you feel? Ryuuji and Taiga’s relationship makes us want to try harder and just confess our love to ‘that’ person, doesn’t it?

Taiga and Ryuuji are some of the cutest and most lovable couples by many fans. The happy ending of the anime series made fans sad and happy at the same time. Having such a lovely series to end was sad. But the moments between Taiga and Ryuuji were much more pleasurable and had all the feels any fan would ask for. 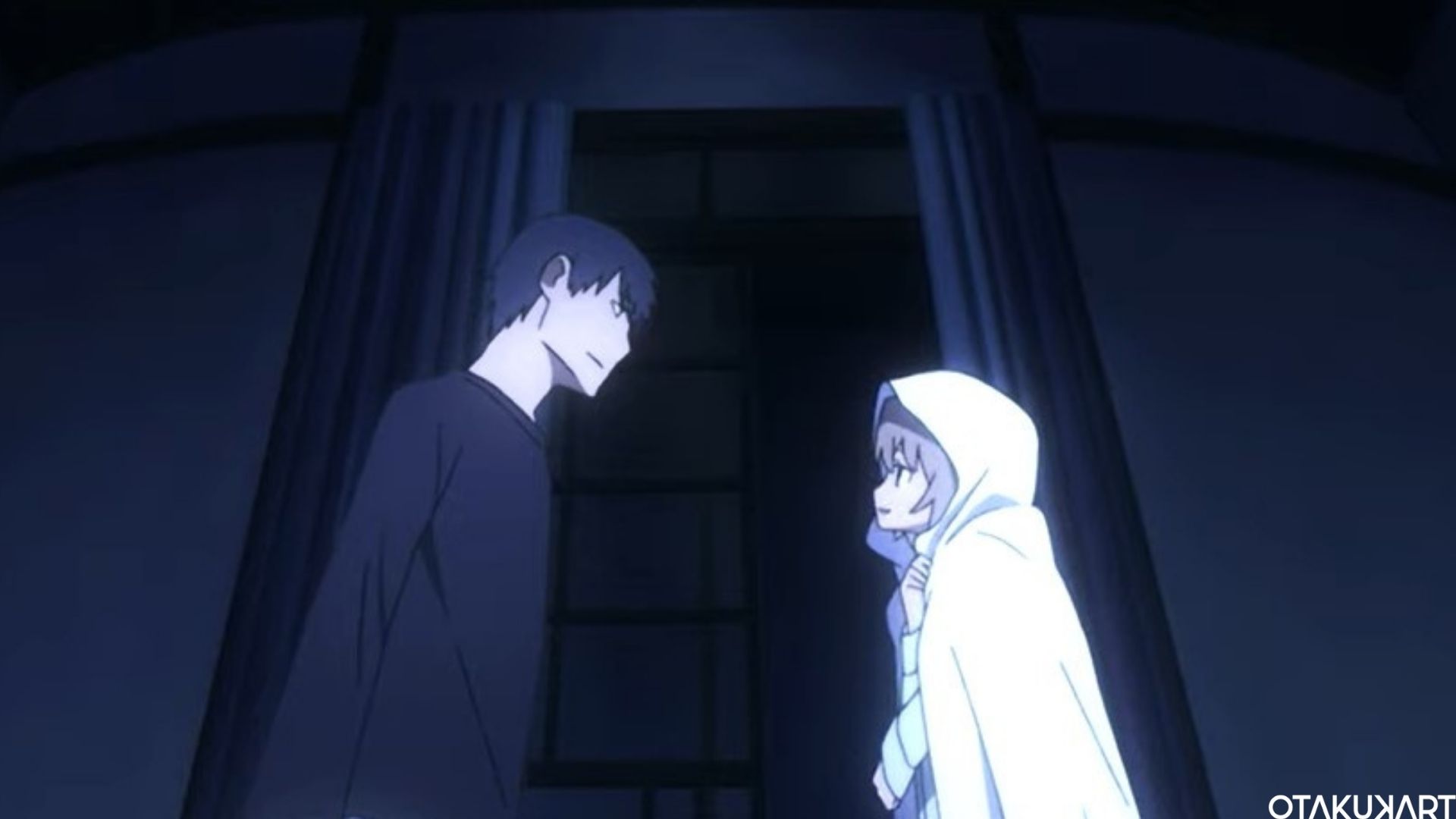 Ryuuji and Taiga confessing their love to each other

Also Read: Anime That Every ‘Toradora!’ Fans Should Try Watching At Least Once

A good starting line for those who don’t know how to start while confessing- ‘Wouldn’t it be interesting to say that we are dating when we wake up tomorrow?’ Tomoya’s confession to Nagisa took many fans to smiles and tears and snorts, even.

Tomoya, being a delinquent, thought his life was boring and kind of stuffy. A fateful encounter where he and Nagisa meets, Clannad is an anime series you would totally want to check if you think you are bored. Tomoya’s once dull life seems all fine now, as he gets to understand the situations of each of his peers. His love for Nagisa was genuine, and his honest feelings made fans think, ‘maybe I should try to use that line too.’ 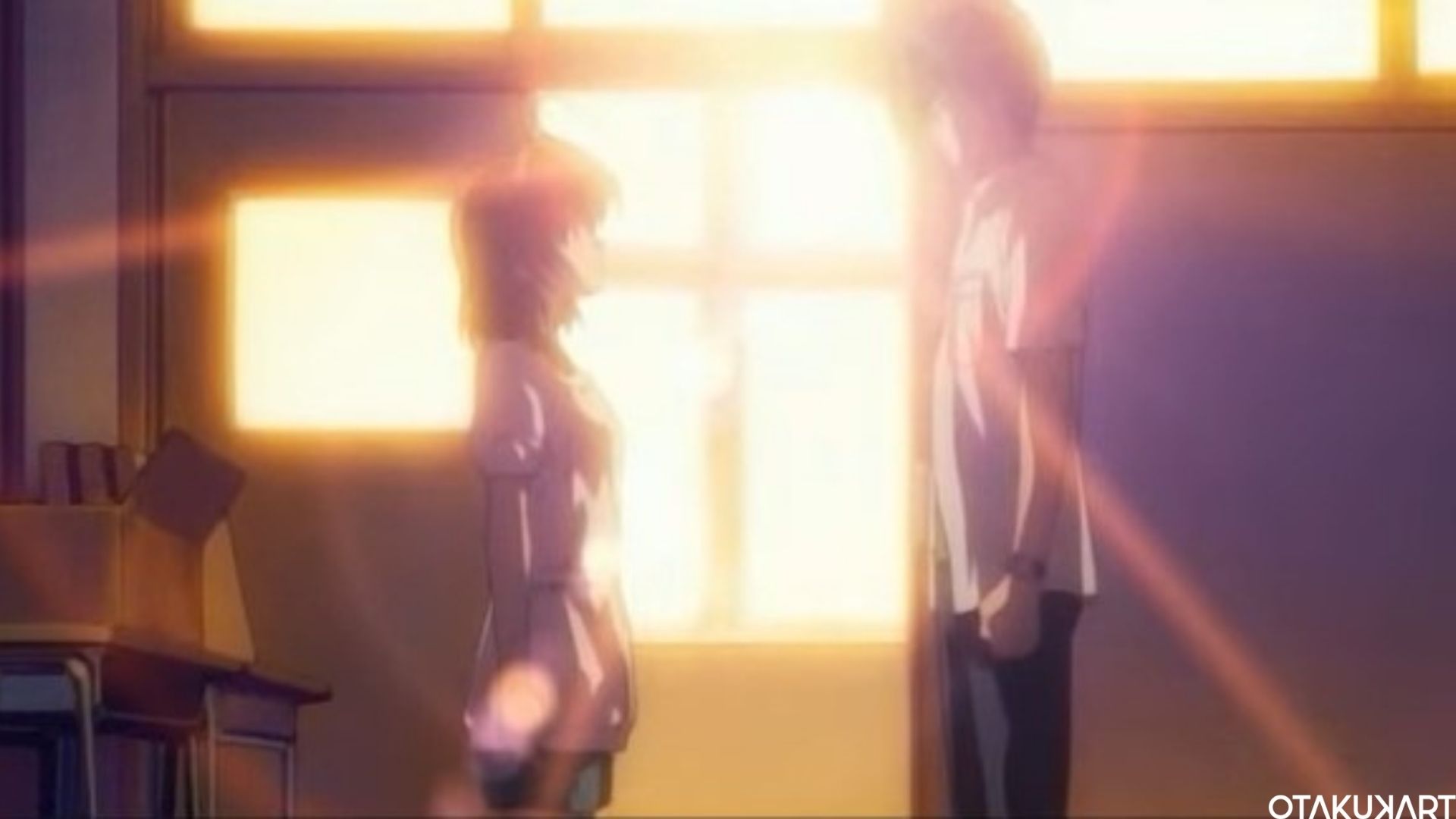 Wouldn’t it be interesting to say that we are dating when we wake up tomorrow?- Tomoya to Nagisa

If someone, suppose your crush, says she would give you half of their life to you, and you have to give half of your life to them, how would you react? First, did you even understand what she meant? Many may not if you are not an anime fan and especially an FMAB fan. 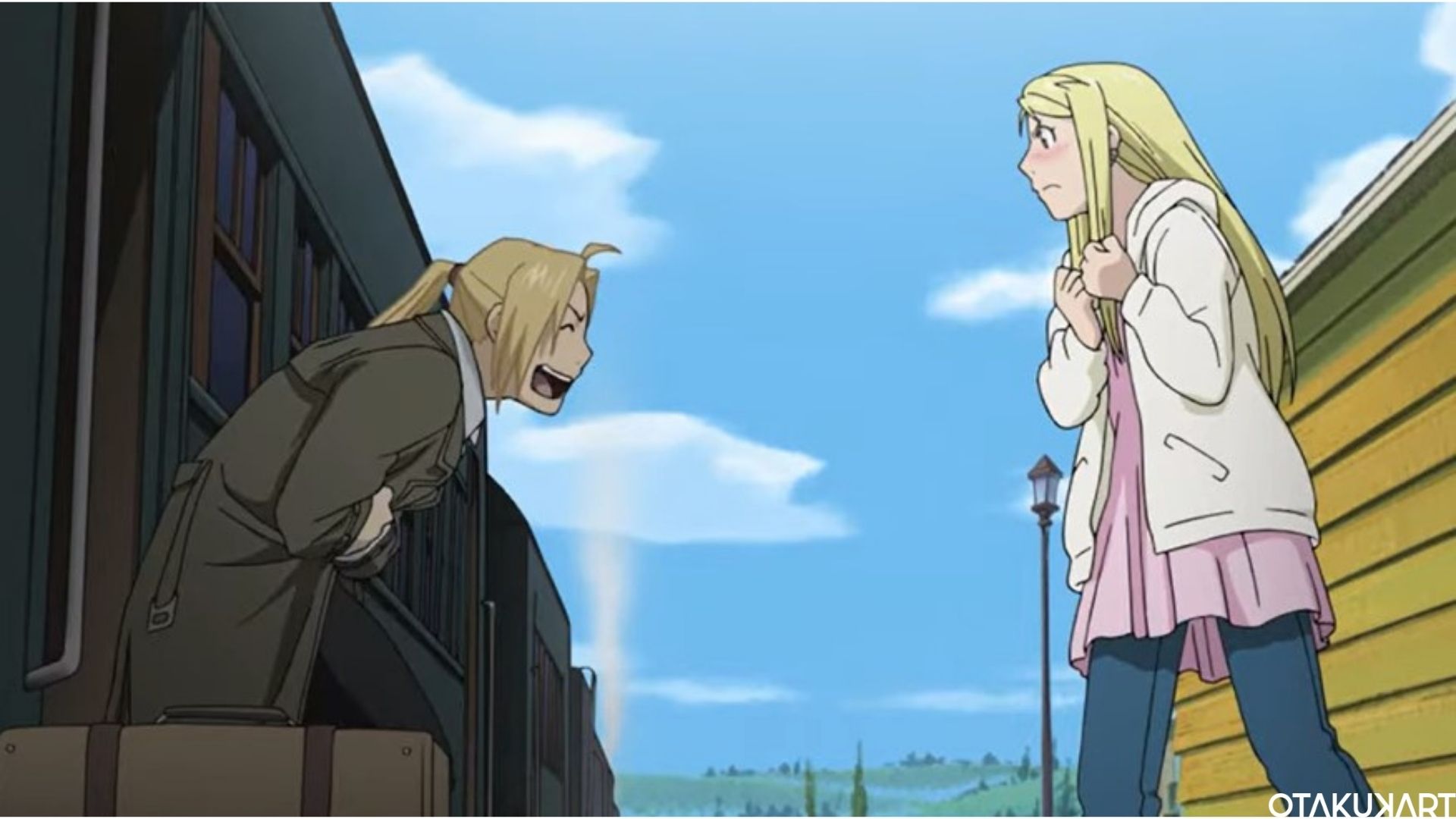 Their way of confession had Winry burst into laughter

Just when Edward’s train arrived, he could not bring himself to confess until he stepped in. Turning back to Winry, Edward finally said it out loud, ‘equivalent exchange.’ Responding to his alchemy-type confession, even Winry responded in somewhat the same way.