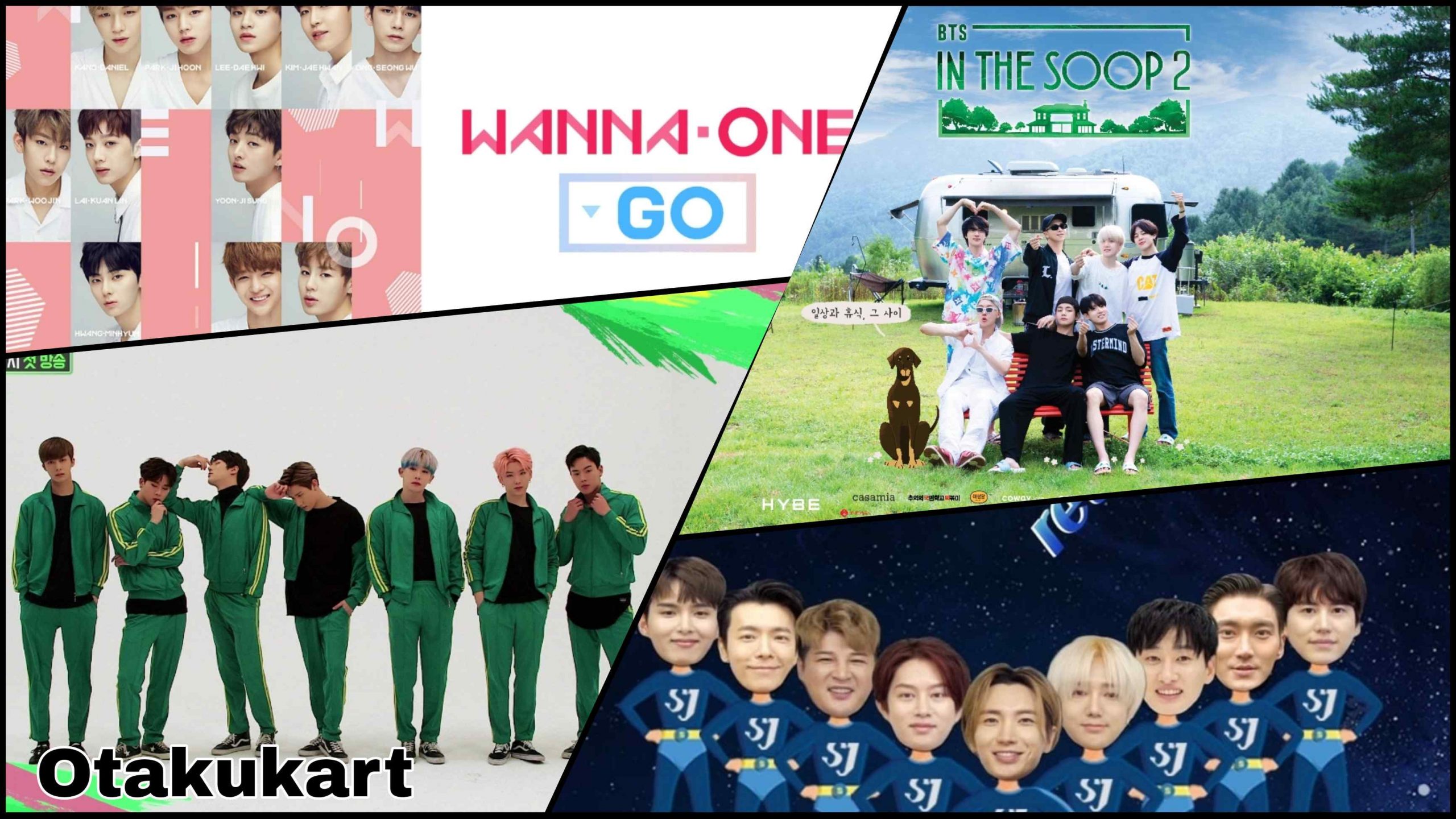 When we talk about K-Pop, most of us don’t just refer to their music. K-pop is far more than great music! To be a K-Pop idol, one must have eye-catching visuals, killer dance moves, stage presence as well as captivating personality. A lot of K-pop groups produce their own variety shows to give us a chance to get to know the group members and their music closely. Not to mention how the programs serve as a source of entertainment as we watch our biases hang out together, playing various games, making us laugh. We have shortlisted the top ten best K-pop group variety shows that you should watch for a dose of entertainment!

The reality shows they feature in give us a bit of bonus content revealing a lot of things that are a part of their personal lives and the behind-the-scene activities of their professional lives. So if you want to know your favorite idols closely, let’s begin with it!

Red Velvet’s ‘Level Up Project!’ has been on air since 2017 and has produced 139 episodes to date in all. The show spans over three different seasons shot in Bangkok, Yeosu, and Slovenia, respectively, and a spin-off series titled ‘Level Up Thrilling Project’ featuring Irene and Seulgi, which has been filmed in South Korea’s capital city Seoul. 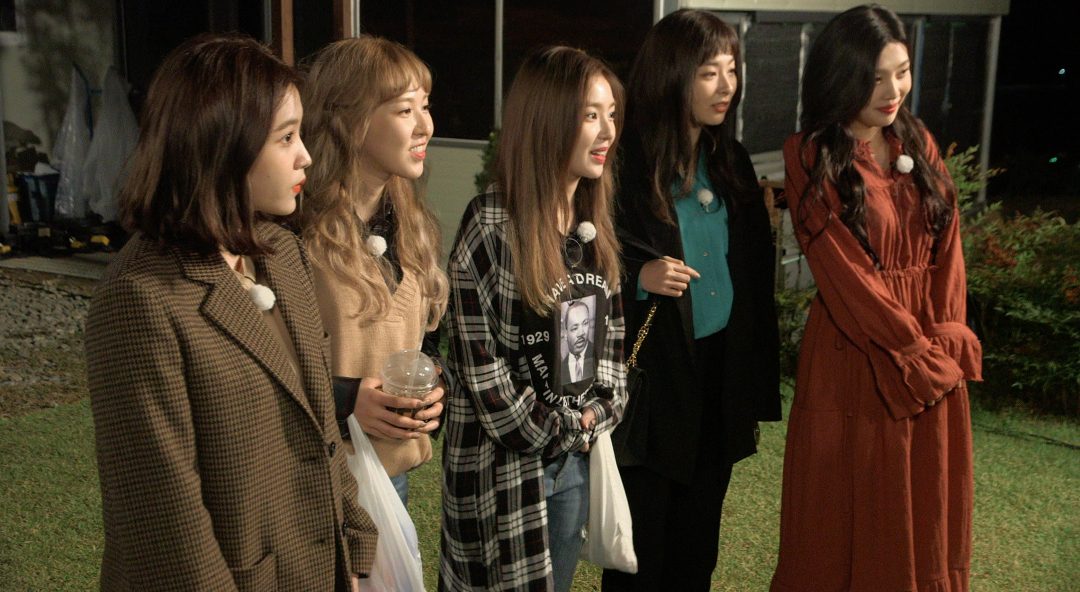 The program showcases the members of the group paying a visit to various parts of the globe in between music promotions. As a Red Velvet fan, you might find this show fun to watch and enjoy a lot. The plus point to note here is that you don’t need to watch the previous seasons in order to understand the theme of the show! You can easily catch up with the show online on Rakuten Viki for free.

Following the members of the posh and chic girl group Twice, ‘Twice TV’ is a web reality show that showcases the members getting involved in different adventures that they come across in their day-to-day lives, other than their photoshoots, song recordings, playing fun games. The show currently has six seasons in all, spanning over 67 episodes. In case you want to watch the nine girls going on a vacation and eating a variety of expensive food, this is your call! It’s available for the viewers to watch on V Live free of cost. 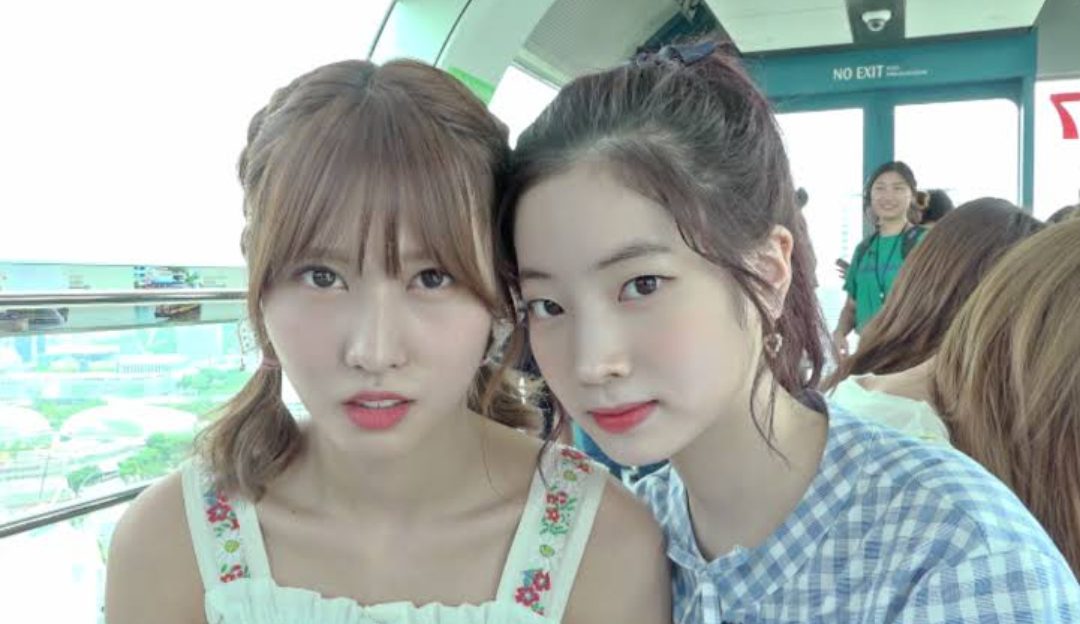 Real GOT7 is perhaps the most feasible way to get introduced to the boy group if you are new in the fandom! The show features each of the members of the band showcasing their hidden sides. It involves them undertaking various challenging activities like making cocktails dropping on us the behind-the-scenes footage in which they are seen having photoshoots, fan signs, and concerts. With four seasons divided into a total of 40 short episodes, Real GOT7 is there to make you laugh anytime! The energy of GOT7’s lead rapper and singer, Jackson, is alone enough to make you binge-watch the entire series! You can easily access the episodes online on V Live app. 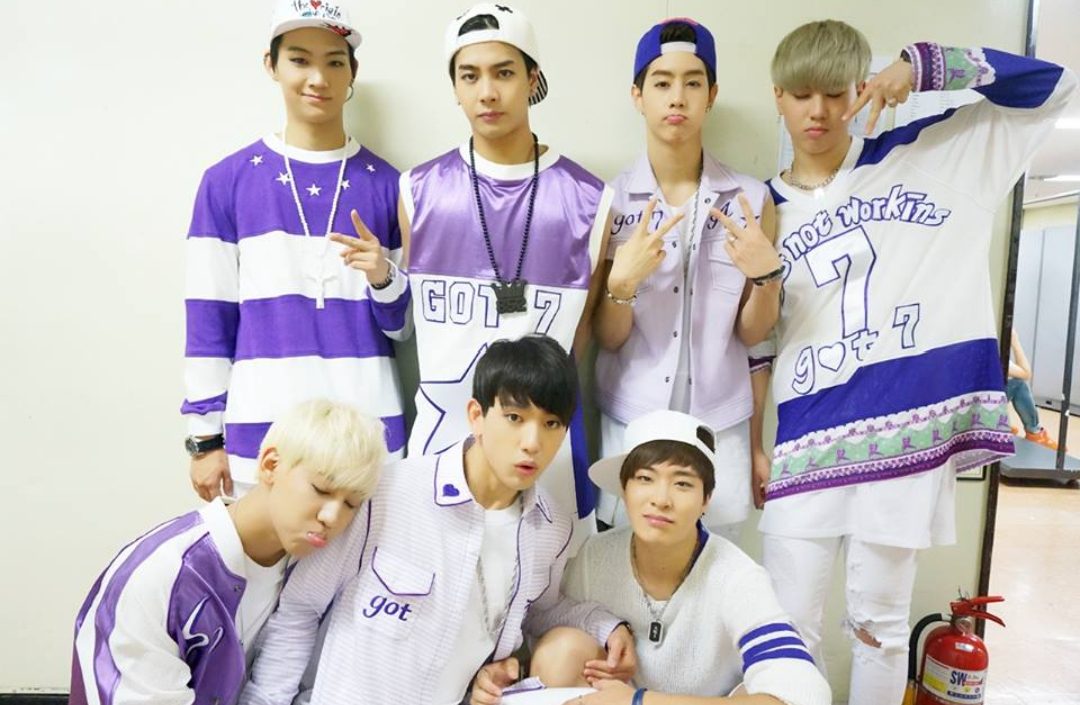 The program showcases everything you could ever wish the members of Super TV to do! After the success of the 2017 reality show ‘SJ Returns,’ the veteran boy group decided to come back with ‘Super TV’ with a new concept. It has aired two seasons to date, each of twelve episodes, and spans a variety of entertaining activities, re-created and twisted in the unique Super Junior ways! The format of the first season is a blend of talk shows, game shows, quiz shows, filming, comedy, reality, documentary, and sports. 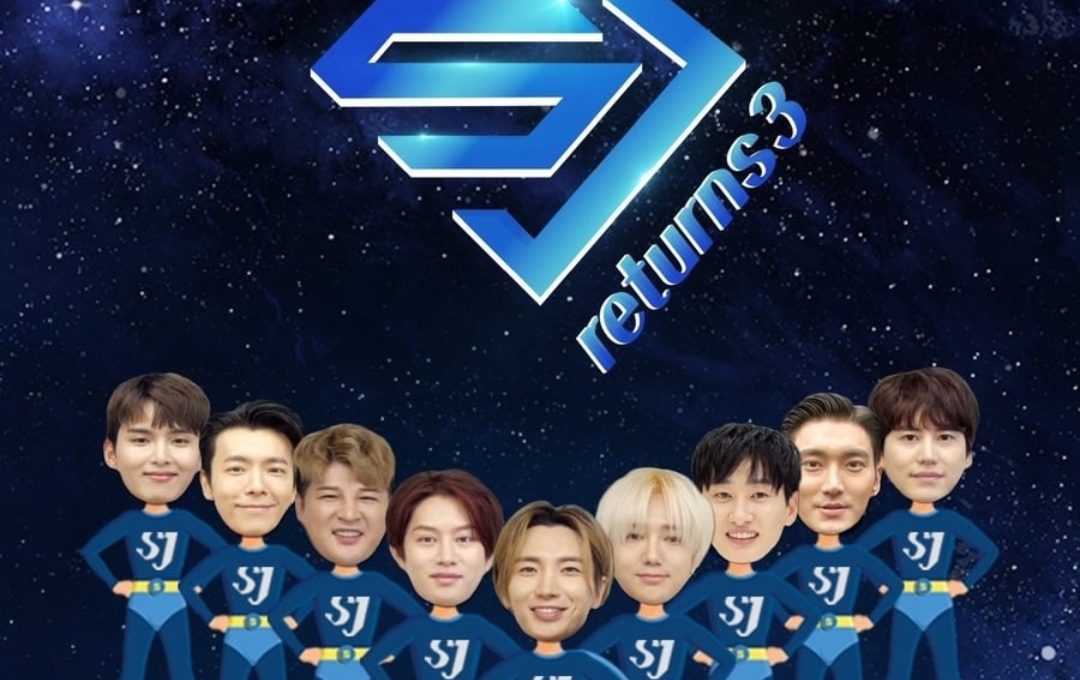 On the other hand, the second season has a small twist, according to which the members are asked to complete the challenges given to them by other K-pop idols. If they successfully win any five of them, they win a luxury holiday overseas! The couples-style hangouts, home shopping channel appearances, and Heechul doing ridiculous stuff on the camera are some of the biggest highlights you would like to watch again and again.

Featuring the winners of the survival reality show, ‘Produce 101 Season 2,’ ‘Wanna One Go‘ is a reality program that you should watch if you miss the boys together. Although the members aren’t together anymore, there are a bunch of memories they have left behind for us through this variety show! In the first season, they talk about the surprising secrets that they have come to know of, about each other after living together, starting from the least hygienic member among them to the one who likes to walk around all naked! They also do silly stuff on the camera for the fans. On the other hand, to make the show more interesting, they are also given an exclusive hideout with private rooms styled as per their choices in the second season. 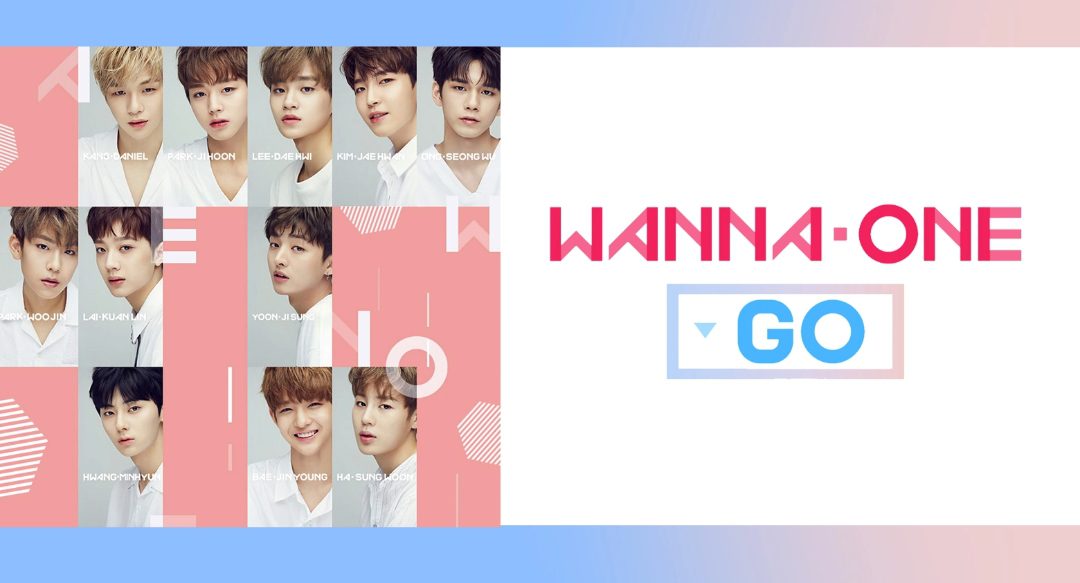 There is only one season out for YG’s boy group iKON’s variety show, iKON TV, but it is already enough for you to get to know the boys! The members of the group act as directors of the show, getting the opportunity to lead the production and concept of an episode. We get to witness a more in-depth look at their personal lives as they interact with one another and their busy schedules. Nothing can be more fun than watching B. I climbing a steep mountain and them being pranked under hidden cameras! You can watch the episodes on YouTube for free. 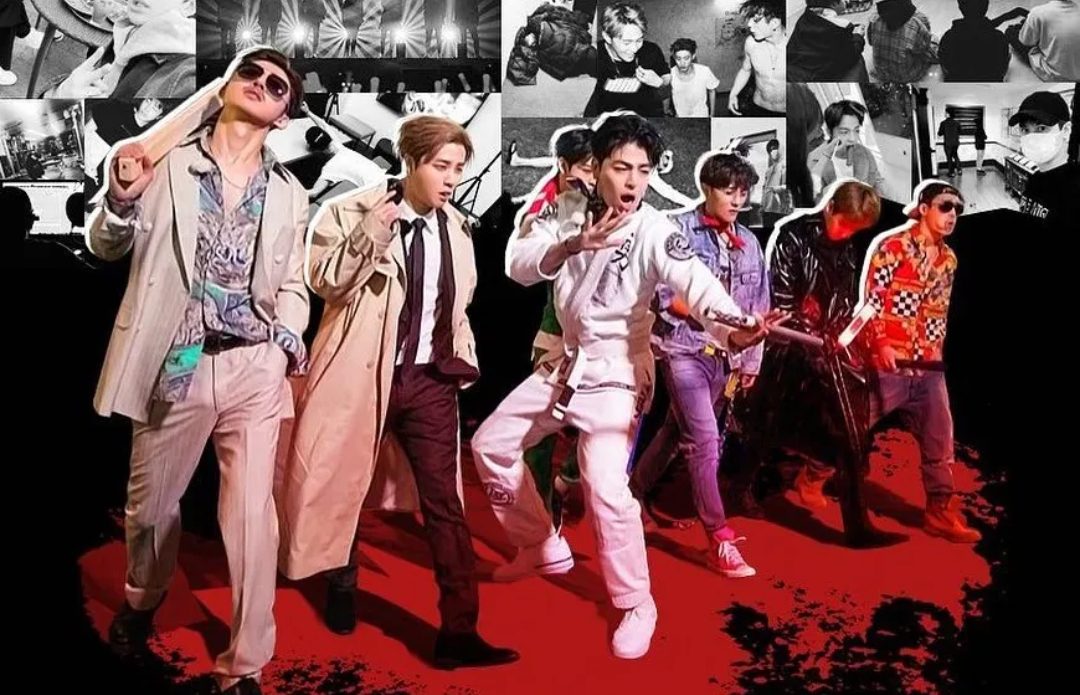 We bet ARMYs can watch the boys sleeping all day and still won’t complain! However, ‘BTS In the Soop’ is a light-hearted and therapeutic reality program that is capable of giving a wholesome and healing experience to the viewers. The concept of the show involves the members of BTS being on a break, away from their busy working schedules, and having a peaceful vacation in a remote forest for relaxation. They take on activities like cooking, exercising, and playing sports and deliver us a complete serotonin boost with their precious heartfelt moments. You can watch both the seasons of the show online exclusively on BTS Weverse. 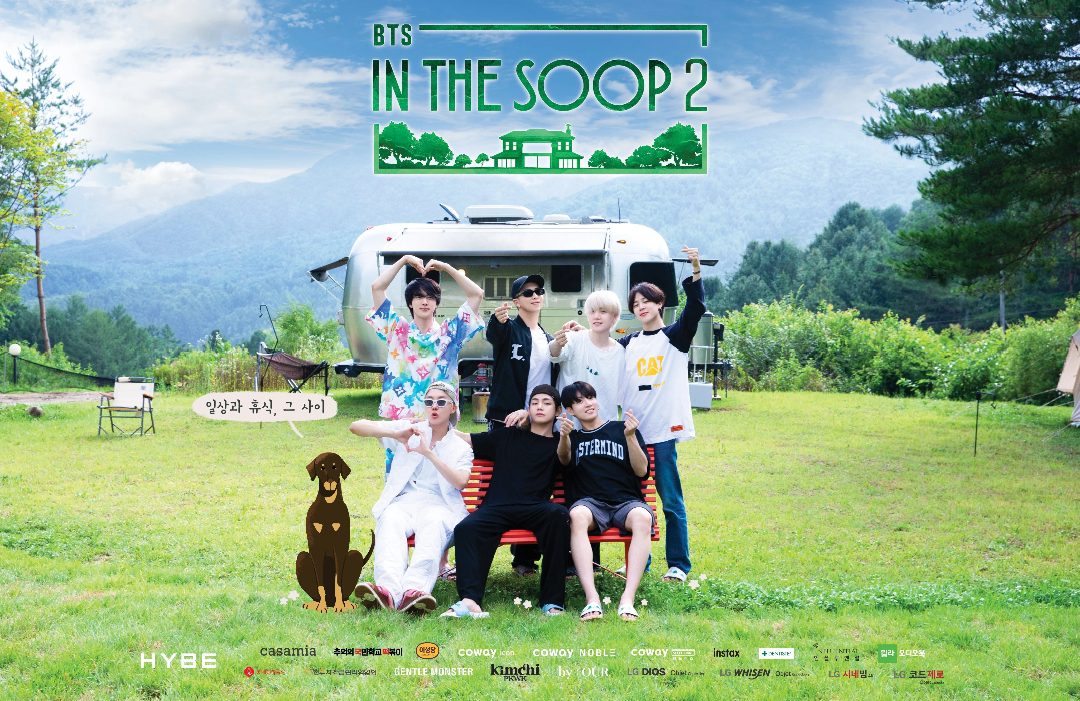 BTS In the Soop

MONSTA X-RAY is another example of entertaining variety shows which you can watch to know the relationship that the members of the group share with one another. The program showcases the boys playing a variety of fun games or taking on challenges that will bound you to laugh your lungs out along with them! The series has three seasons out that covers almost all sorts of bizarre moments we can think of. 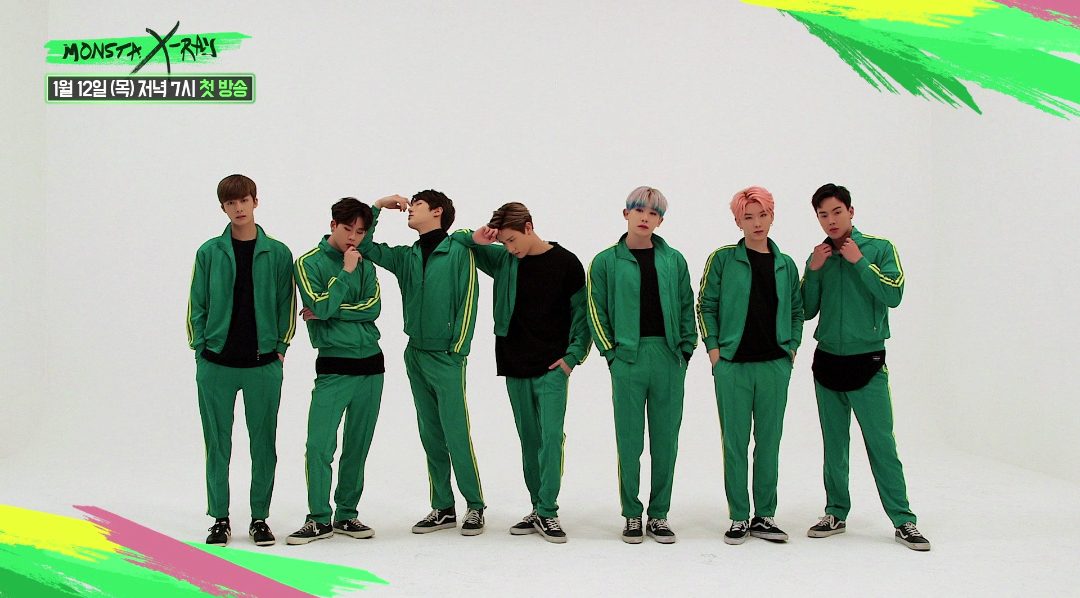 The challenges include the members reenacting a K-drama scene, dressing up in traditional outfits of Korea, and working at a daycare, taking care of children in a preschool. All the 22 episodes of the show are absolutely free to watch on the V Live channel. You would be surprised to find the show as a source of loads of memes you see today!

The fact that the variety show Going SEVENTEEN has a fandom of its own (called Gose) apart from the regular fans of the group Seventeen is a great achievement on its own and something to flex about! One of the most entertaining and chaotic K-pop group variety shows, Going SEVENTEEN, features the members of the boy group participating in various activities together or against each other depending upon the episode theme. 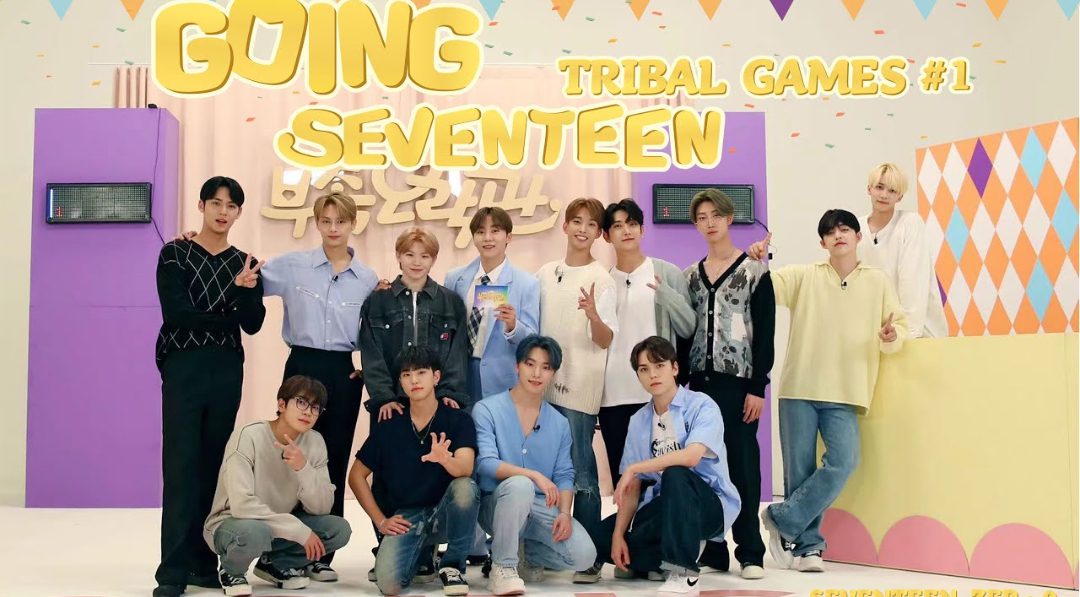 It shows the daily life activities of the boys, the behind-the-scenes of them working and doing role-plays and skits. The fifth season of the show is currently ongoing and has released over 165 episodes in all. You can check all of them out on the V Live app. The spectators love the show for it provides quality content that gives you a laughter dose within just 20 minutes, which is the runtime of each episode.

Even if you aren’t into BTS, we suggest you watch at least one episode of Run BTS, for it is so wholesome that you might begin stanning the group almost immediately! The show has been on air for two years after the debut of the band and has released three seasons as of now. It is one of the most popular and successful variety shows ever produced by a K-pop group and consists of a total of 156 episodes, including three bonus episodes. 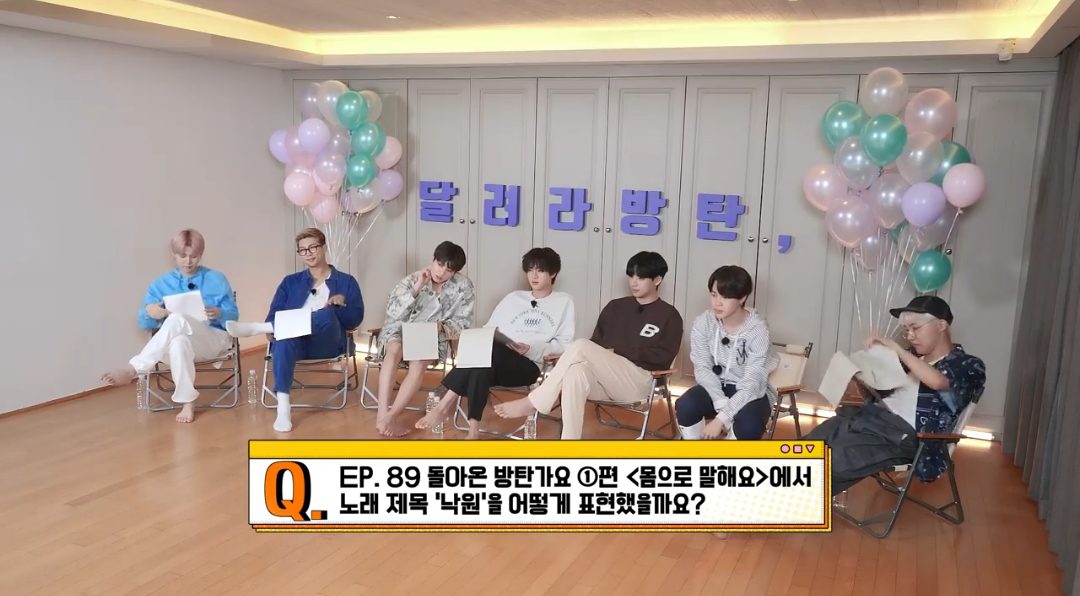 There is no fixed format for the show and can range from playing fun games to participating in fascinating challenges. Therefore, we don’t find any of the episodes predictable, and there is always something to look forward to! The show is currently on a long hiatus since October 2021 and might not return very soon. For the time being, you can watch the episodes for free on the V Live channel and Weverse.