Johnny Depp is one of the most versatile and talented actors in Hollywood. He has starred in some of the greatest movies of all time, and his characters are unforgettable. In this article, we will take a look at 10 of his best roles ever. From Captain Jack Sparrow to Edward Scissorhands, Depp has given us some amazing performances over the years. So sit back and enjoy this retrospective of the Top 10 best Johnny Depp movies!

After winning a bitter court battle in a defamation case against his ex-wife Amber Heard, Johnny Depp is back out there again. The actor is doing everything in his power to recover his reputation. So, let’s honor good boy Johnny and check out his work throughout the years with this post.

Below we will present a list of movies and a small synopsis for each film. This Golden Globe Award-winner actor has a trajectory in films and television spanning all the way to 1984, and we’re honoring him with this countdown. So sit back and enjoy our countdown. Let’s begin!

This biopic is based on a book by Reinaldo Arenas and stars Javier Bardem, Johnny Depp, Hector Babenco, and Olivier Martinez. It tells the story of a Cuban man born in the 1940s who lives his sexuality against the backdrop of the Cuban Revolution. Unfortunately, his sexual freedom becomes debauchery as the island’s political climate grows more dangerous. Lastly, if you want to watch this movie, you can stream it from Hoopla. 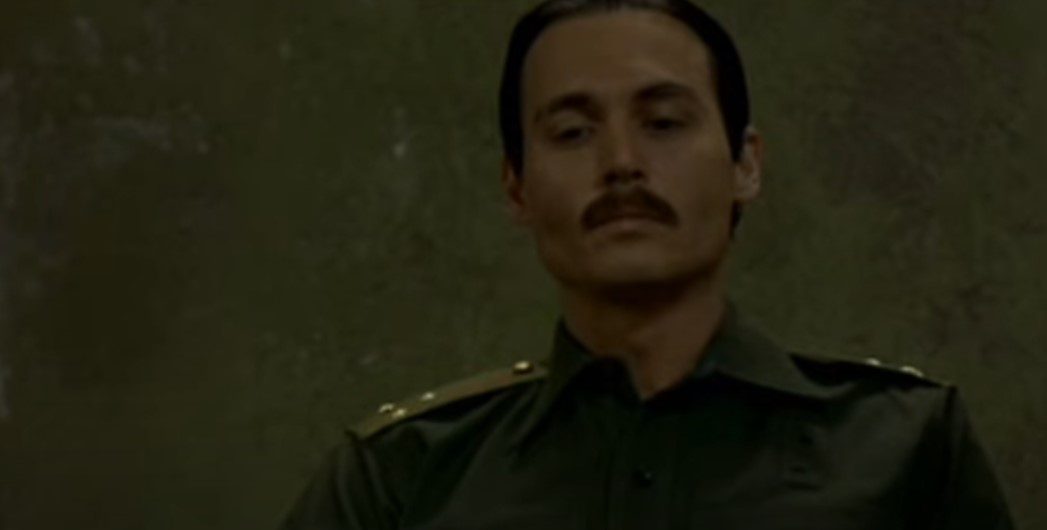 Johnny in Before Night Falls

In this Tim Burton adaptation of the Lewis Carroll classic, Depp plays the Mad Hatter. This role showed off Depp’s range, as he was able to play a character that was both mad and lovable. This marks one of the many roles Depp has had with Burton over the course of the years and, of course, doesn’t disappoint. Lastly, you can stream this movie from Disney+.

Also Read: The Skin I Live In Ending Explained: A Look At Pedro Almodóvar’s Masterpiece

In another great Tim Burton movie, Johnny Depp joins Helena Bonham Carter, Freddie Highmore, and David Kelly for a remake of the classic Roald Dahl novel. Here Johnny plays Willy Wonka, a chocolate factory mogul who runs a contest and rounds up some children and their parents for some unimaginable things! Lastly, to watch this movie, simply go to Netflix.

Charlie and The Chocolate Factory Trailer:

Johnny Depp, Jason Clarke, Marion Cotillard, Christian Bale and Giovanni Ribisi star in this movie. Furthermore, the plot goes like this: The charm and audacity of Depression-era bank robber John Dillinger inure him to much of America’s poor and disadvantaged public, but he’s also a thorn in J. Edgar Hoover’s and the fledgling FBI’s side. In a desperate attempt to apprehend the elusive outlaw, Hoover designates Dillinger —played by Johnny Depp—as his first Public Enemy Number One and tasks his top agent, Melvin Purvis, with bringing him in alive or dead. Lastly, Public Enemies is available for streaming on Netflix.

This fabulous drug-ridden journey takes us to a psychedelic acid drop to Las Vegas. Here Johnny Depp and Benicio del Toro embark on a trip to cover a race. But end up getting too loaded on narcotics. What ensues is a surreal journey. For this role, Depp worked hand in hand with Hunter S. Thompson, the author of the book from which the movie takes inspiration. Moreover, the film features cameos from actors like Christopher Meloni, Debbie Reynolds, and Penn Jillette. Furthermore, the cast included Tobey Maguire, Christina Ricci, Cameron Diaz, Flea, Gary Busey, and Steve Schirripa. If you want to watch this one, go to Amazon Direct Video.

This psychedelic movie will take you to the mind of Hunter S. Thompson

Johnny Depp, Penélope Cruz, Paul Reubens, Jordi Molla, and Franka Potente star in this cocaine-fueled biopic about the life of drug kingpin George Jung. This is an unbelievable tale of how a small-town man made his way to the top of Pablo Escobar’s cohort to become the US’s top cocaine supplier between the 1970s and the early 1980s. It’s a fun, fast-paced comedy-drama that will put you on the edge of your seat. Moreover, Penelope Cruz’s performance and chemistry with Depp in this film are simply excellent. Lastly, if you wish to watch Blow, go to Netflix.

Paul Bettany, Johnny Depp, Timothy Dalton, and Angelina Jolie star in the romantic thriller The Tourist. It was also shot entirely on location in Paris and Venice, Italy. Jolie plays a mysterious woman who meets Depp’s character on a train while being pursued by Bettany’s character, a Scotland Yard inspector, in this film. This femme fatale, it turns out, has a few skeletons in her closet, and Depp’s character’s encounter with her sets in motion a chain of events that culminate in an action-packed and romantic thriller set in one of Europe’s most beautiful settings. Lastly, you can stream this romantic thriller from Tubi or Amazon Prime Video.

Also Read: Training Day Ending Explained: Does Alonzo Get What He Deserves?

In 1997, Depp starred in the crime drama Donnie Brasco. The film is based on the true story of FBI agent Joseph D. Pistone, who went undercover to infiltrate the Mafia. Depp played Brasco, a Mafia hitman who befriends Pistone (played by Al Pacino). This role was one of Depp’s most serious, and he received critical acclaim for his performance. The film was a commercial and critical success and is considered one of Depp’s best movies. You will remember the last scene with Pacino screaming, “Don’t tell them nothin’ Donnie”, as one of the best in recent times in movie history. Lastly, you can stream the film from Netflix.

This is a fantasy romance film starring Johnny Depp, Winona Ryder, Diane West, Kathy Baker, and Anthony Michael Hall. Depp stars as the titular character, a man with scissors for hands who is taken in by a kind-hearted woman (played by Winona Ryder). This role showed off Depp’s ability to play a vulnerable and sympathetic character, and he received critical acclaim for his performance. Furthermore, Edward Scissorhands was a great commercial hit, grossing over US$ 100 million against its US$ 20 million budget. Lastly, if you want to watch this one, you can do it on Disney+.

This movie gave Johnny Depp the role that consecrated Johnny Depp as a household name. In this swashbuckling adventure starring him, Keira Knightley, and Orlando Bloom, Depp played for the first time the iconic Captain Jack Sparrow, a pirate with a golden heart. For his role, one that he would develop over more than a decade, he would establish a very lucrative business relationship with Disney. Until his marriage with Amber Heard threw it all away. Because of her defamation, he lost that job with Disney, and he can no longer be Jack Sparrow. Will he ever recover the part? Time will tell. Lastly, you can watch Pirates of The Caribbean: The Curse of The Black Pearl on Disney+.

Pirates of the Caribbean: The Curse of the Black Pearl Trailer:

These are Johnny Depp’s most iconic roles. Did you watch all of these movies? If not, why not check them out over the course of the weekend? Grab a blanket, put some popcorn in the microwave and enjoy! Johnny Depp is a very talented actor and we celebrate him with this countdown. However, that’s all the time we have for him right now. If you liked this content, please share it with your friends on social media with the hashtag #JohnnyDepp. Until next time. Happy streaming, and see you soon.