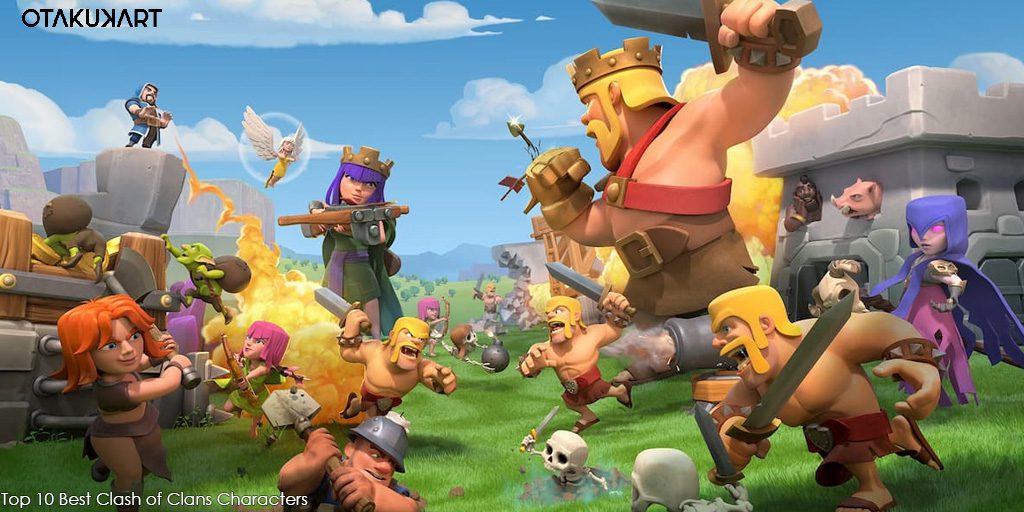 In Clash of Clans, the players take the role of a chief of a village. The objective of Clash of Clans is to develop the village, protect it from raiders, train troops, and raid other villages. If the player is successful in the raid, then all the resources of the raided party will come to the player’s village. The players also have an objective of upgrading troops so they can have better stat during the raids. A player can also join a clan. The clan members give and receive support. The support can be a materialistic one, where one party donates some troops to the other party, or it can be a verbal one, where one gives advice to another. Upon release, Clash of Clans’ reception was very positive. Clash of Clans has generated over six billion dollars alone from Apple devices.

Also Read: Jujutsu Kaisen Crate Locations In BGMI: Where Are the Sukuna Fingers?

Below is the list of the 10 best Clash of Clans characters, along with their stats at base level and at maximum upgrade.

Let us start the list with Barbarians, with which the players start the game. Though there is a saying about Quality over Quantity, here quantity of barbarians is one thing everyone likes. Almost everyone keeps Barbarians when ambushing other’s village, and they like to keep their quantity huge, sometimes over 50. But the best usage for these warriors is always decoy and baiting. 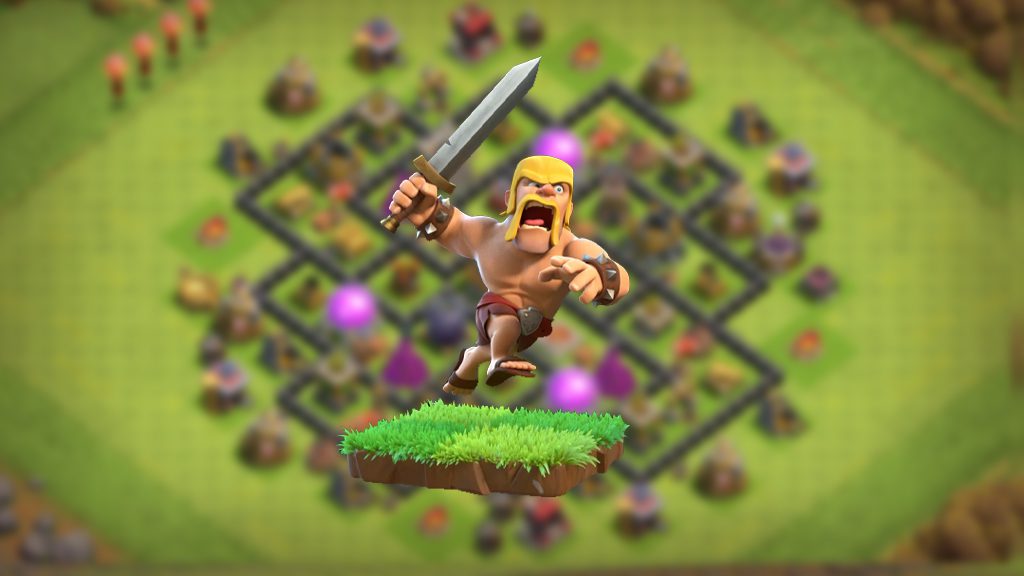 The Barbarian, at his base and highest upgrade, have

The Barbarians are angry blonde-haired, kilt-clothed warriors who are always hungry for some destruction.

Here comes the wall jumping Hog Riders. This troop makes the walls useless when deployed. It does not matter if the wall is level 8 or 9; they will just hop over them. Like the Barbarians, Hog Riders are best in mass numbers, again a point for quantity over quality. The best use for Hog Rider is to attract clan castle troops of the enemies. Hog Rider will first and always attack defensive buildings and Grand Wardens. 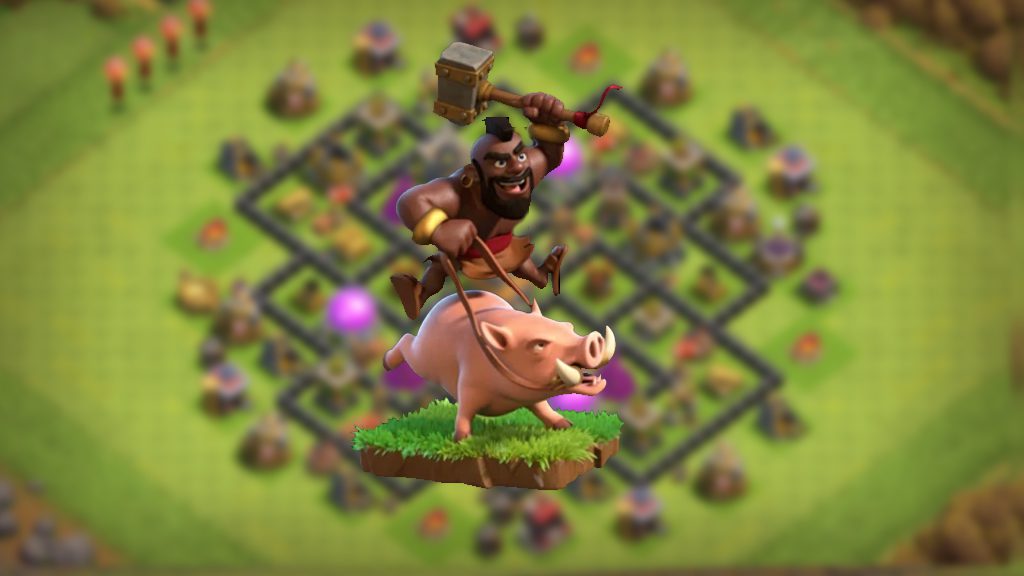 The Hog Rider, at his base level and highest upgrade, have

Hog Rider is a bare-chested dark-skinned warrior riding a large hog with a hammer in his hand.

Giants are great because they only look big and slow but actually are cost-friendly and train much faster. They constantly get buff or nerf. But, recently, the developers have them much better than they were before. Some changes were reduced cost for training across all levels, less space occupying, a new level 10 giant, etc. 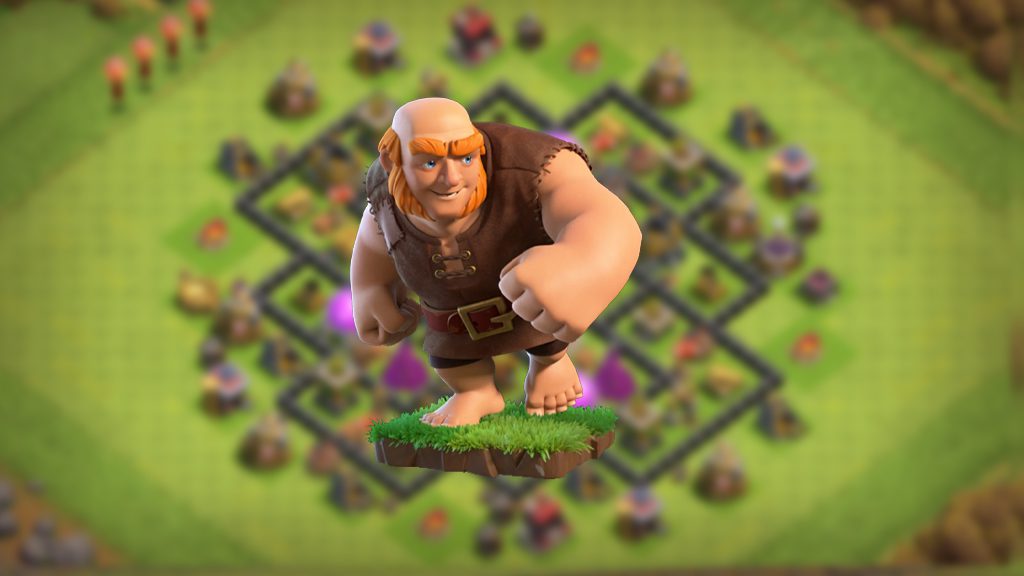 The Giant, at his base level and highest upgrade, have

A Giant is a tall warrior wearing a brown tunic with a red belt. He will break and destroy the defenses of his enemies.

When players start the upgrade of their Town Hall to level 7, their main goal is to get their first hero, Barbarian King. He is fierce, dangerous, and better in almost every aspect than their small counterparts. Upon any attack on your village, Barbarian King will plummet the attackers, thus letting the players’ village see another day. 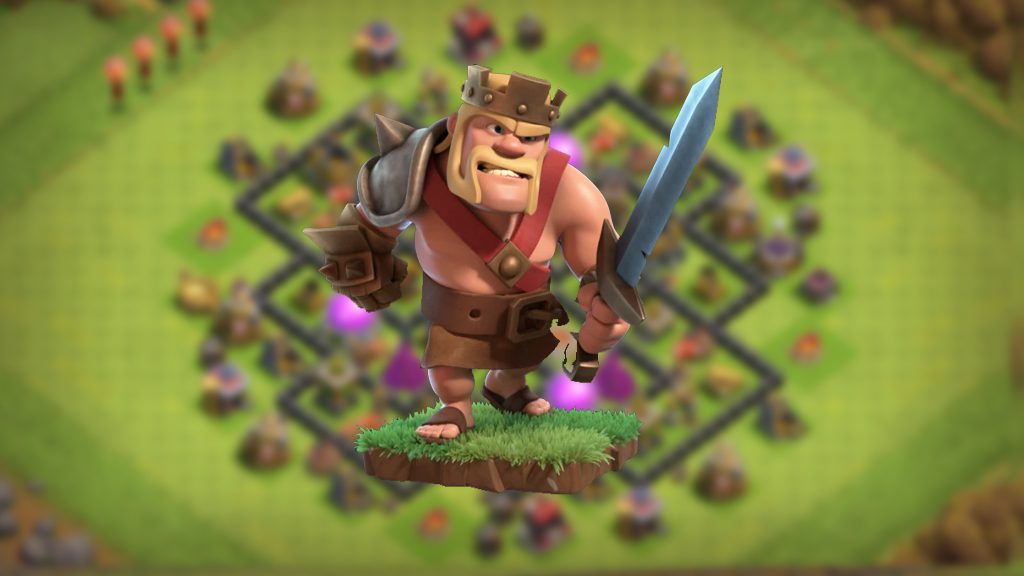 The Barbarian King, at his base level and highest upgrade, have

The Barbarian King wears a horned helmet and a spiked bracelet in one hand with another armed with a gauntlet.

Also Read: Uncharted Post-Credit Scene Explained: Is There A Sequel Coming Our Way?

Golems are the better and best version of Giant. Once unlocked, players attacking troops always contain golems, generally in quantity. If any player wants a shield, then think no more as Golems will do that for you as well. 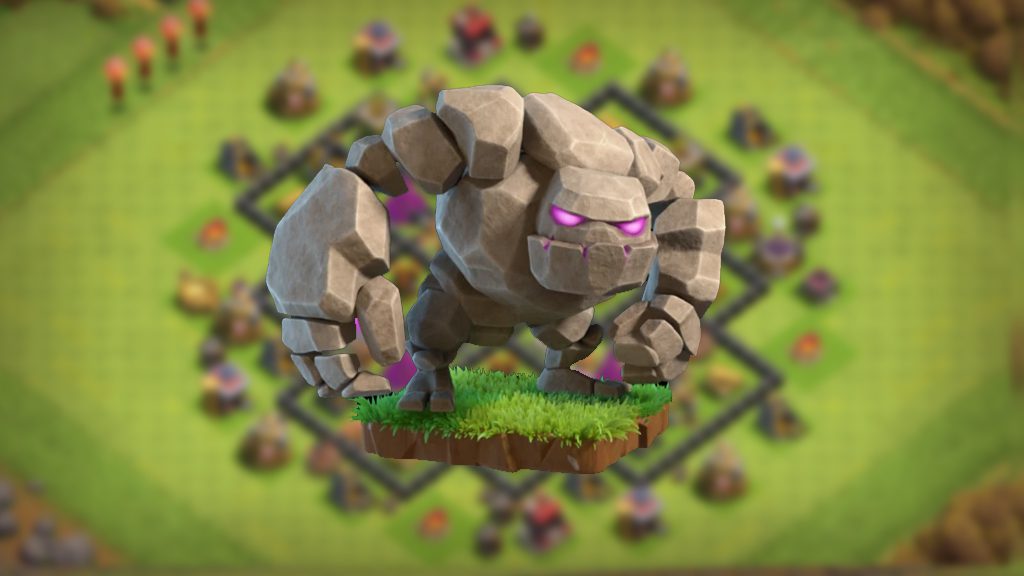 Golems, at their base level, have a decent HP of 5100. It will not be news anymore, but all the champion players, including pros, have Golems.

The Golem, at their base level and highest upgrade, have

Golem looks like several rocks joined together with an elixir-colored eye.

Just like Barbarian King, Archer Queen is also the most wanted hero among the fans and first-time players. And once the players unlock her, the defense and offense get a big upgrade. The fear of air attacks becomes very less. Name anyone or anything air-related, and Archer Queen will bust them in a matter of time. And her special ability is another great factor. In her special ability, she becomes invisible for a short period, and her damages increase greatly. 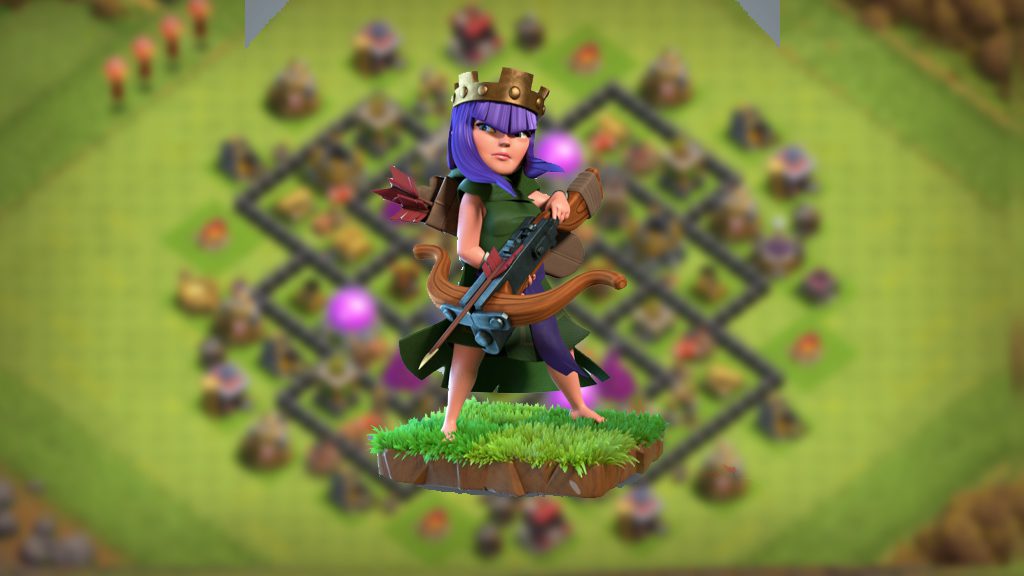 The Archer Queen, at her base level and highest upgrade, have

Archer Queen wears a green cloth with a light green scarf and a crown. She keeps a crossbow and shoots three arrows a time.

Healers are an important part of troops in almost everything. Though Healer does not do anything, offensive or defensive, she will keep those defensive and offensive troops healed so that they may wreak havoc on their enemies. If the player is aggressively offensive and has enough healer, then his opponent should fear. 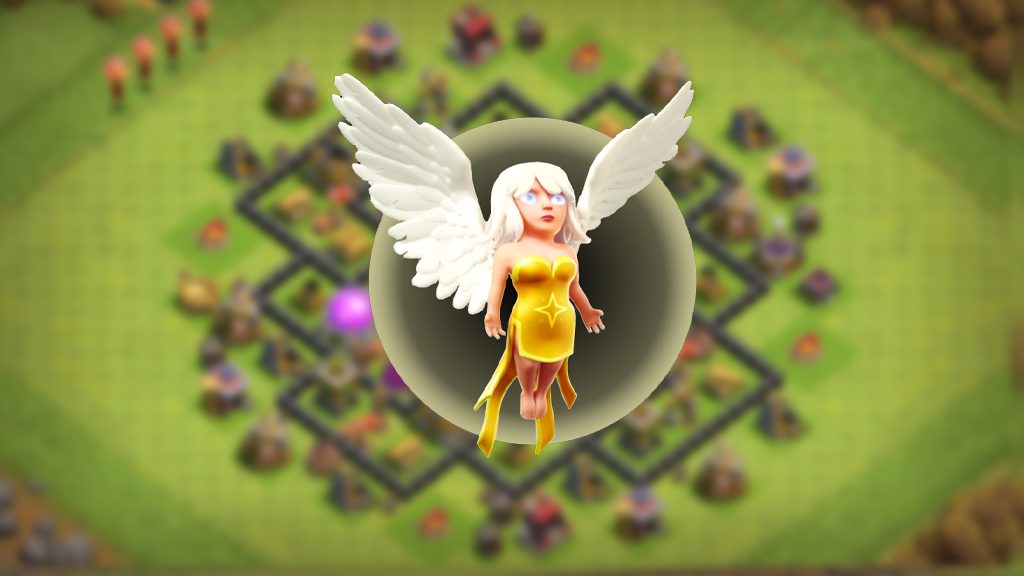 The Healer, at her base level and highest upgrade, have

A Healer is a flying unit with a yellow dress. She has wings on her back. When deployed, Healer has a circular aura surrounding her.

Wizards are great troops who throw fireballs at their enemies. Who does not like fireballs? Everyone likes fireballs, except the one receiving them. Wizard is suited for any strategy. And one of the best strategies is none other than Golem and Wizard. They also have great damage for their price range. 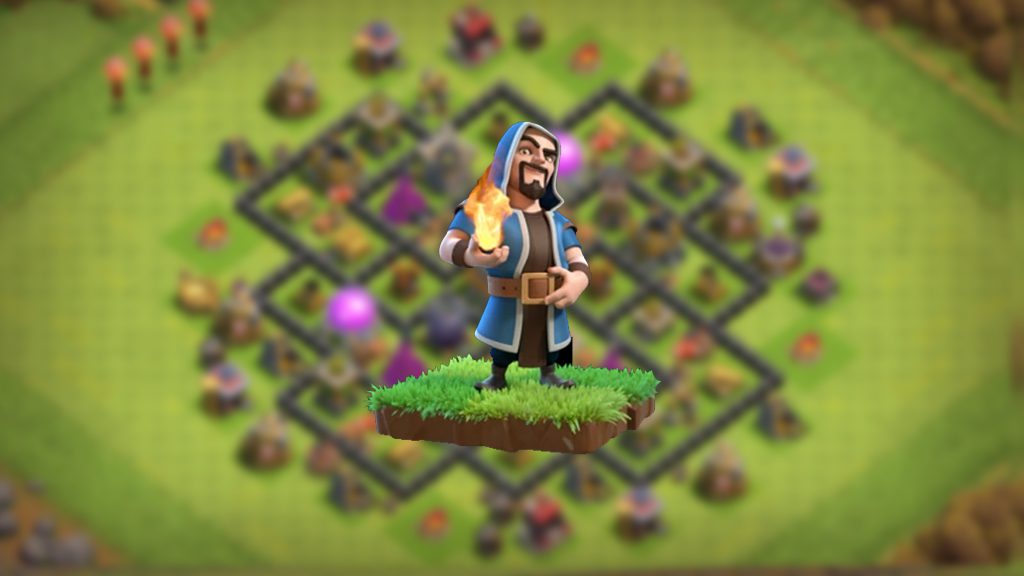 Wizard, at his base level and highest upgrade, have

Wizard wears a light blue hoodied -cloak with a brown belt. He has a black beard and can incinerate his enemies.

Enter the Dragon, which is a great addition to the troop. Once in a battle, expect the enemies to be completely annihilated in under a matter of minutes. That’s how useful, at the same time devastating, they are. Though they become easy prey for air-attacking units, other than that, they make the raid quick and easy. 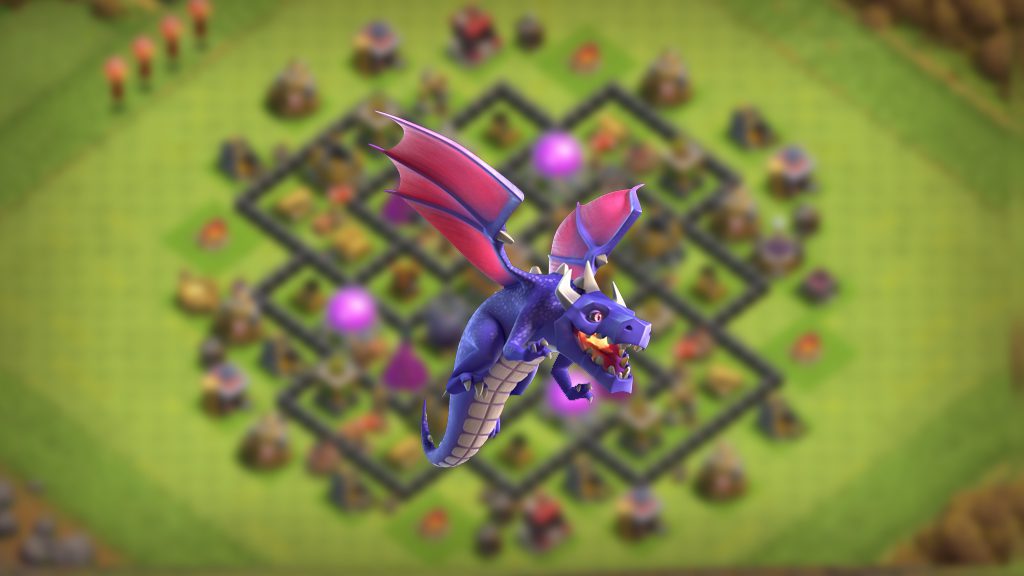 Dragon, at their base level and highest upgrade, have

The best character on this list is none other than the armored warrior PEKKA. At the base level, this metallic warrior destroys the enemy with a devastating huge HP and heavy damage. The only bad things for PEKKA are training and housing, but other than that, a great addition to one’s troop. 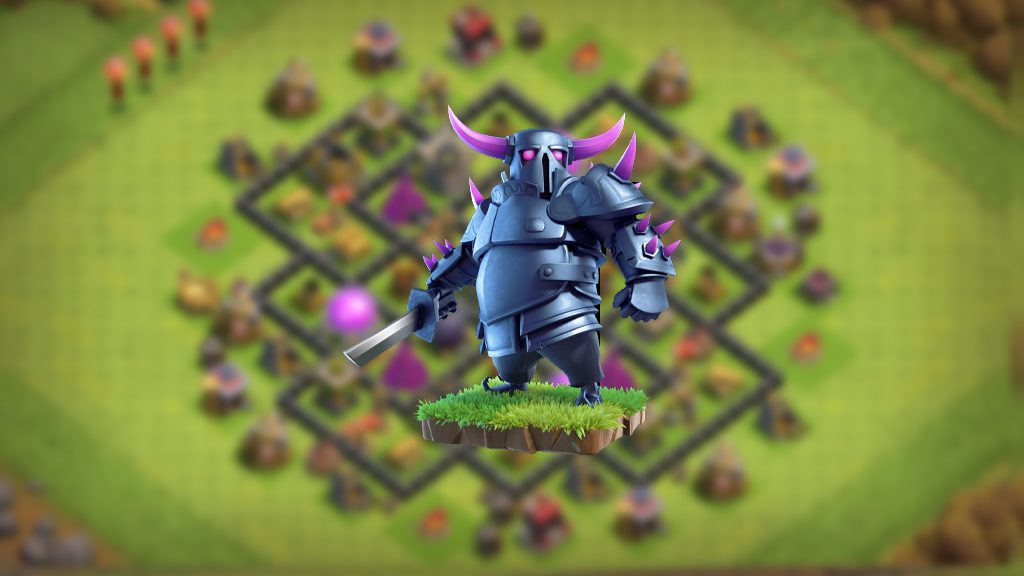 Pekka, at their base level and highest upgrade, have

PEKKA has metallic armor from head to toe and a bright shining elixir-color eye. When PEKKA enters the battlefield, enemies leave the battlefield. One common fact everyone likes to share about Pekka, is that the character is female.