Top 10 Anime like Tokyo Revengers That You Should See

Are there more time-travel based gang related anime legends like Tokyo Revengers? 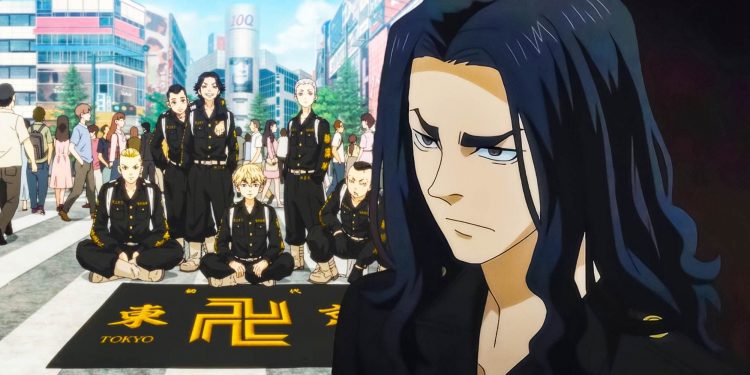 Have you heard about the record-breaking anime Tokyo Revengers? It is a 2021 shonen anime that involves gangs, time travel, action, a slice of life, and everything you’d imagine a 1990s kid to do in Japan. Being in a gang, bleaching their hair, rebelling out from the limiting rules set by their families and schools, getting beaten up into pulp but still enjoying their good old school life. Tokyo Revengers tells us the story of a boy who used to be in a gang called the Tokyo Manji Gang. His life was going well, he had trustworthy friends and even a girlfriend, but he got bullied, which slowly led him to become low, and eventually, he changed his school and grew without friends. Now he is 25, working part-time in a convenience store. He has lost his aim in life, lost all his friends as well girlfriend.

One morning he is going to the train station and hears about the Tokyo Manji gang’s downfall on the news. Takemichi carries on, and when he reaches the station, someone suddenly pushes him into the track. He doesn’t even get a second to react and teleports back in time. The anime is quite the rollercoaster of emotions, with friendship’s sweetness and betrayal’s bitter taste. It’s difficult to get over such a good anime. There might be a chance of season 2 since there’s a lot in the manga which still hasn’t been adapted. So while waiting for it, let’s look into some similar animes to Tokyo Revengers. ‘Tokyo Revengers’ can be streamed on Netflix, Hulu, Crunchyroll, Funimation, or Amazon Prime.

Also read: 10 Best Scenes From Ghibli Anime That We Loved

Where to stream: Netflix

Makoto Majima lives in Ikebukuro, Japan. Unfortunately, the place is dominated by gang violence, which led him to become a mediator so that he could keep his loved ones safe from them. Alas! Someone precious to him loses their life due to gang violence. Henceforth Majima improvises and reconsiders his life choices. He makes a brave call by thinking about changing his life around the gang members.
‘Ikebukuro West Gate Park‘ is a lot like ‘Tokyo Revengers‘ because it revolves around the gangs in Tokyo in which the protagonists put themselves in danger to protect their loved ones.

Where to stream: Netflix

Yashiro Isana lives a pretty simple life. He lives in the Tokyo Metropolis, which is advanced in technology, and attends a famous high school located on an island on the outskirts. He is friendly as well as a good person with everyone. However, Tatara Totsuka gets murdered. He used to be a member of HOMRA. Since then, nothing has been going right. The killer is still loose, and no one knows who killed him either. The person who killed him resembles Yashiro. Soon the Red Clansmen of HOMRA set out to capture Yashiro and kill him. Everyone suspects that Yashiro to be the murderer, but we’ll see if he’s truly guilty or not.

The gangs in the city resemble Tokyo Manji and other gangs in ‘Tokyo Revengers‘. K is set up in a high-tech world with high-tech weapons and powers. It’s definitely a great watch involving tons of action and sci-fi!

‘Boku Dake ga Inai Machi‘ also known as ‘Erased’ is the story of a 29-year old named Satoru Fujinuma who is pretty frustrated with his life, just like Takemichi in ‘Tokyo Revengers‘. Both the protagonists can go back in time due to some mysterious reasons and make things right just seconds before a tragedy happens. Satoru’s abilities rescue him when he is accused of murdering his mother. Strangely, this time he isn’t just transported only a few minutes in the past but ends up finding himself in 1988 when he was just in middle school. However, he realizes soon enough that his mom’s murder is connected to the kidnapping and killing of his friend Kayo Hinazuki.

Erased’s plot is very similar to Tokyo Revengers. The OST is absolutely amazing, the pace and animation are really good as well. The thrill and slice of life are portrayed very well.

Mob Psycho 100 features the story of a seemingly ordinary introverted high school student who gets average grades, gets bullied, and isn’t even praised at home. The amazing factor is that he has psychic powers. He could easily turn a spoon when he saw one. He looks plain, and people treat him poorly even though he is one of the strongest psychics in the world. Again, we should not judge a person just by their looks.

The protagonists have similar personalities. The psychics move in groups, just like a gang, and it feels like ‘Tokyo Revengers‘, and it involves lots of action as well as self-development as well!! ‘Mob Psycho 100‘ is written by the mangaka of ‘One Punch Man‘. The mangaka uses the pseudonym One.

Also read: Is Nobara Kugisaki Dead in Jujutsu Kaisen? The Biggest Cliffhanger In The Manga

Bungo Stray Dogs is an adventure-packed anime involving the gangs of the seaport city of Yokohama. The protagonist is an orphan who is found by Dazai Osamu, a member of the Armed Detective Agency. This agency protects the city from the famous Port Mafia. They possess supernatural abilities yet live in a  modern setting. The action and comedy of the anime have made it very popular among the viewers.

The protagonist, Atsushi is a weretiger who can turn into a royal white tiger. There’s his rival Akutagawa, who can kill anyone he wishes to, and there’s Dazai, the most charismatic suicide maniac you’ll ever see!! He’s the heart of the show, and he’s one of the biggest reasons why so many people love Bungo Stray Dogs because they love him and his previous partner Chuuya who can literally control gravity and create black holes!

Where to stream: Crunchyroll

Naho Takamiya is a high school student who receives letters from her 10-year self from the future. She’s quite taken aback because it mentions all the regrets she is going to have in the future. The letters have been sent by her 26-year self. Along with the mistakes, the letters talk about Kakeru Naruse, who is the new transfer student. Now that Takamiya knows, she decides to take drastic steps to change the future and protect Kakeru at all costs.

‘Orange‘ just like ‘Tokyo Revengers’ revolves around the protagonist who can see the future and alters the future for saving someone close to her.

Where to stream: Crunchyroll, Netflix

Arata Kaizaki, like Takemichi Hanagaki from ‘Tokyo Revengers’ lives quite a purposeless life, desperately trying to find the meaning of life. However, someone offers him medicine that reverts his appearance back by ten years to help him relive high school as an ordinary teen boy. His 27-year old is elated to get this once-in-a-lifetime opportunity. Still, things aren’t as easy as they might seem. He has to clear the exams despite being a poor student, get along with his new friends and stay off the radars of the teachers. He has to find the purpose of life and the secrets of medicine as well.

Both the animes, ‘ReLIFE‘ as well as ‘Tokyo Revengers‘ have similar plots that revolve around the protagonist who is living in the lows of their lives and want to turn things around so that they get a chance to embrace their true selves.

Also read: Who is Uraume? Sukuna’s Most Loyal Subordinate

3. In Search of the Lost Future/Ushinawareta Mirai Wo Motomete

Kaori Sasaki is a member of the Astronomy Club, and she confesses to Sou Akiyama, but later that day, she meets with a tragic road accident near the school’s bus stop and goes into a coma. This leaves everyone in the club, especially Sou, to feel grief as well as the guilt to be not able to reply back to her properly. One day, Sou suddenly discovers an unconscious, naked girl in the swimming pool.

The anime is based upon an adult visual novel that has been developed by Trumple. ‘In Search of the Lost Future’ is a sci-fi romance anime that allows the protagonist to go back in time a number of times so that he could save her. This even leads to more tragedies among the students. The truth is that the naked girl, Yui is actually born from science, built with the concept of Quantum Mechanics and sent here by the adult version of Sou and his friends so that she could put the time in the loop till the time Sou could successfully save her.

‘In Search of the Lost Future‘ is a story of Sou trying to change the future by interfering with the past timelines, which is exactly similar to what Takemichi did in ‘Tokyo Revengers‘. Both of them do it for the sake of saving their loved ones, but eventually, Sou falls in love with Yui and rejects Kaori in the last timeline. But there’s a twist at the end as well, which will surely intrigue the viewers!

Where to stream: Hulu
This anime features high school delinquents and gangs. ‘Tokyo Revengers’ fans will find ‘Yu Yu Hakusho‘ to be right up their alley. A student loses his life to help a child, but surprisingly only to come back to life as a Spirit Detective.

Yu Yu Hakusho is one of the old famous shonen anime, with lots of adventure and the Dark Tournament arc is one of the best scenes in it. The plot might be a bit too dragged on, and the animation is not great too, but it’s still quite a brilliant ride for ‘Tokyo Revengers’ fans.

Where to stream: Amazon Prime Video

Charlotte follows the story of children with superhuman powers generated due to an asteroid that fell upon the earth. The ones who were exposed to it gained these abilities. Hoshinoumi Academy is a school built to protect children with these special abilities that develop during puberty, and then they try to bring these kids to this academy and put them in a club.

It tells us about Yū Otosaka, a guy who can literally control someone else’s body but only for 5 seconds and only when he is directly looking at the target. Nao Tomori can become invisible. Jōjirō Takajō runs so quickly that it’s similar to teleportation. These children learn about the secrets of these abilities and eventually find Yu’s brother, who founded the school. His brother had time traveled with his abilities just like Takemichi in ‘Tokyo Revengers’. This is the similarity, and this anime is so amazing that it’s a must-watch for sci-fi fans!

Also read: 5 Facts about Kageyama Tobio from Haikyuu Anime and Manga That You Need to Know