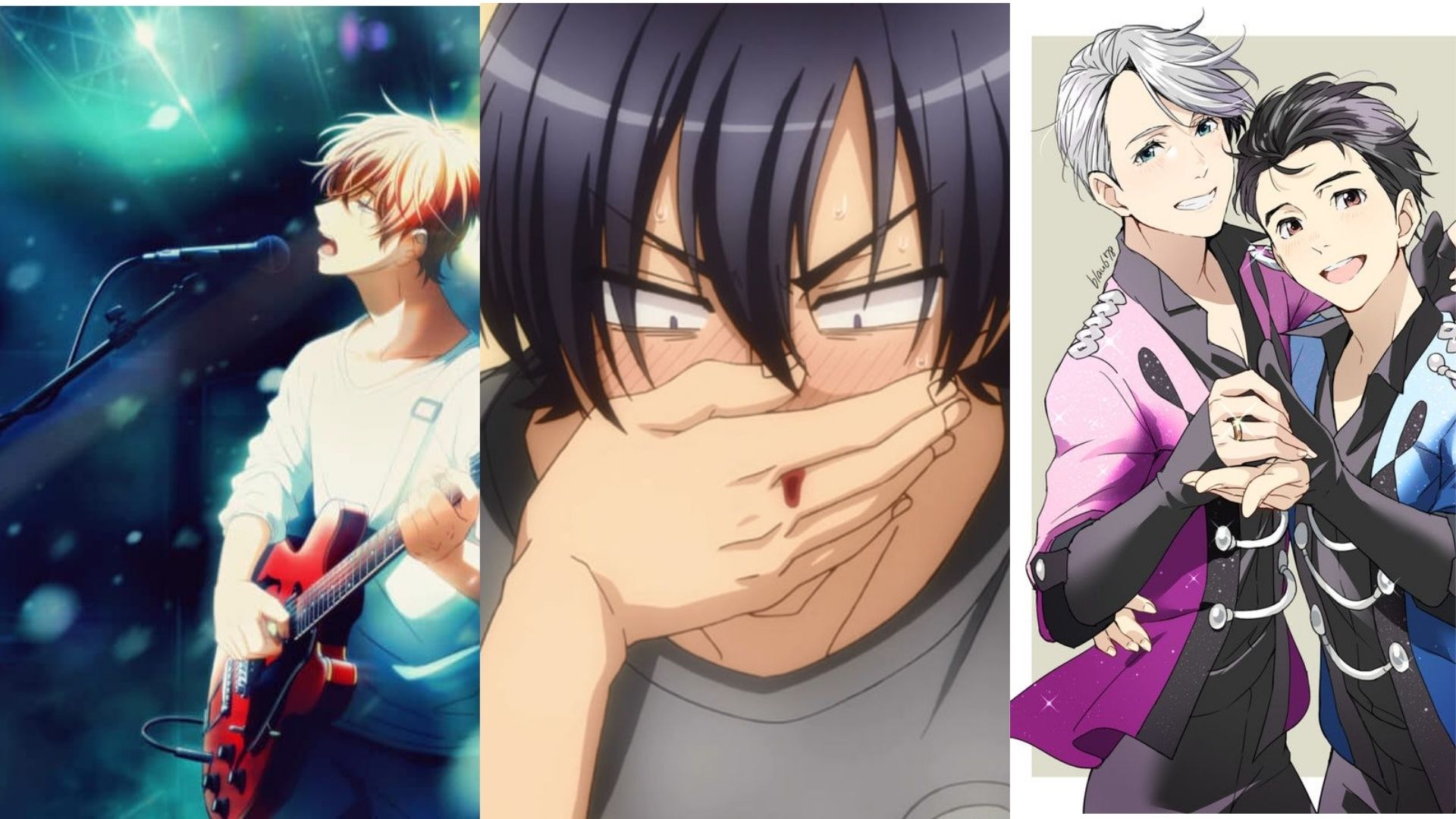 Sasaki to Miyano is a Japanese manga-based anime written and illustrated by Harusono Shou. The anime series is currently airing as part of the Winter 2022 anime. Produced by Studio Deen, Sasaki to Miyano is a series fujoshi’s and fudanshi’s might consider watching. So, here we have brought you a list of anime like Sasaki To Miyano.

Miyano is a fudanshi who loves reading BL manga. During an encounter with Miyano, Sasaki has started liking Miyano since then. Sasaki shows an interest in the mangas that Miyano read. After a few lending and borrowing of BL mangas, they both share quite some bashful moments too. The story develops as their feelings develop with each scene. An anime such as Sasaki to Miyano will make you ponder upon questions such as ‘What exactly is love?’

Also Read: How Many Episodes will Sasaki to Miyano have?

Miyano is cute, lovely with a girly face, a high school student. While his friend was ganged up and beaten, he asked for help from one of his seniors. Sasaki, another senior, came up to help Miyano while he was passing through. Since then, Sasaki has looked up to Miyano to start a conversation. From Miyano-chan to Myaa-chan, Sasaki has glued himself to Miyano. Sasaki is in love with Miyano, and he confesses as well. Miyano considering the proposal, finally say yes to him.

A sweet and pure BL series such as this might be hard to find. That is why we have brought you a whole list of anime series which you might consider watching. While below are some of the series to consider watching first, you may still want to watch more. Some more names recommended are Hyperventilation, Umibe no Ētranger (or the L’ētranger series), Doukyusei, and Twittering Birds Never Fly.

Also Read: Will ‘Yours to Claim’ BL Manhwa Series Get An Anime Adaptation?

A similar anime, ‘Given,’ will be one of the best series to consider. If you are considering taking a break and relaxing with some awesome music in an anime series, ‘Given’ might be the right choice. Given that ‘Given’ also has some sad moments, you might question yourself, such as ‘Do I want to do this? Can I make someone happy too?’

Given is a Japanese manga-based anime series written and illustrated by Natsuki Kizu. The anime aired from July 2019 to September 2019, being the ‘first anime based on boy’s love manga’ on Fuji TV’s Noitamina programming block. 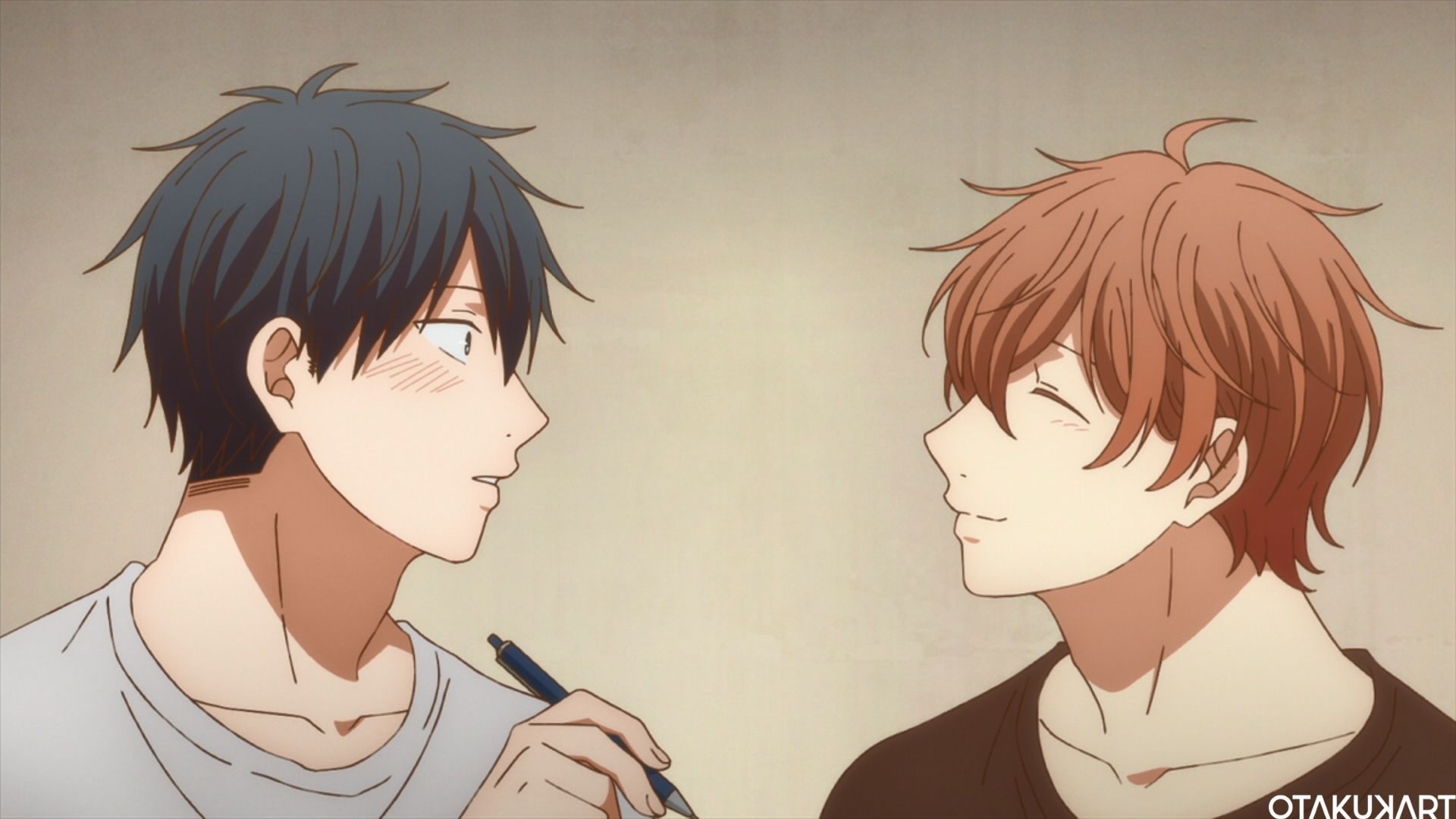 While you sit at home, with cold, here’s an awesome anime series full of ice-skating that you might want to consider watching. Yuri is a Japanese ice-skater whose career seems to be going down. While taking a break in his hometown, Yuri decides to perform one of Viktor’s solos. While his video was uploaded online, Yuri’s performance reached even Viktor. An impulsive decision, or rather not, Viktor decides to train Yuri and promises to make him win gold.

Yuri!!! On Ice is a real masterpiece by Sayo Yamamoto (as the director), Mitsurou Kubo (as the screenplay), and MAPPA (production studio). It is a Japanese sports anime series about figure skating.

If you are up for a series that will excite you and make your day all fluffy-fluffy, then here’s a series right for you. Junjou Romantica is itself termed as “Pure-Hearted Romantica,” written by Shungiku Nakamura, which began as a manga series and eventually expanded to several audio dramas, light novel series, and an anime series.

Junjou Romantica has at least three main love stories, which will make you feel different every time you watch over them. As pure and sweet a love story as this series, you will surely enjoy watching it.

“The World’s Greatest First Love” is here. Created by Shungiku Nakamura, this Japanese BL manga series is actually a spin-off of Junjou Romantica.

The fact that this anime series features one of the greatest love stories lives up to its name. Boy’s love may be between boys, but the love they show and feel is similar to any one of us. Meaning, watch the series if you want to feel how it feels being loved and to love.

The series has some of the most ‘unexpected’ scenes. “I’m being harassed by the Sexist Man of the Year” is a Japanese manga-based anime series created by Sakurabi Hashigo.

Just a reminder, to those who aren’t familiar with the series, Dakaretai Otoko Ichii Ni Odosarete Imasu may and will contain scenes that may exceed your expectations. So watch it at your own limit. Without any filter, the series is good.

A series full of funny yet exciting moments, Yarichin Bitch Club is a good series to consider if you want your day to be filled with full of laughter. It is a Japanese web manga series written and illustrated by Tanaka Ogeretsu, which is updated irregularly. The manga began publishing on 10 June 2012, to Tanaka’s Pixiv. The series currently has three volumes in Japanese; it began its serialization to print by Gentosha Comics in the year 2016.

In an all-male private academy, instead of being a proper photography club, it is actually a “Yariichin Bitch Club” full of amazing yet troublesome senpais. The series contains plots as amazing, and at the same time, embarrassing scenes. 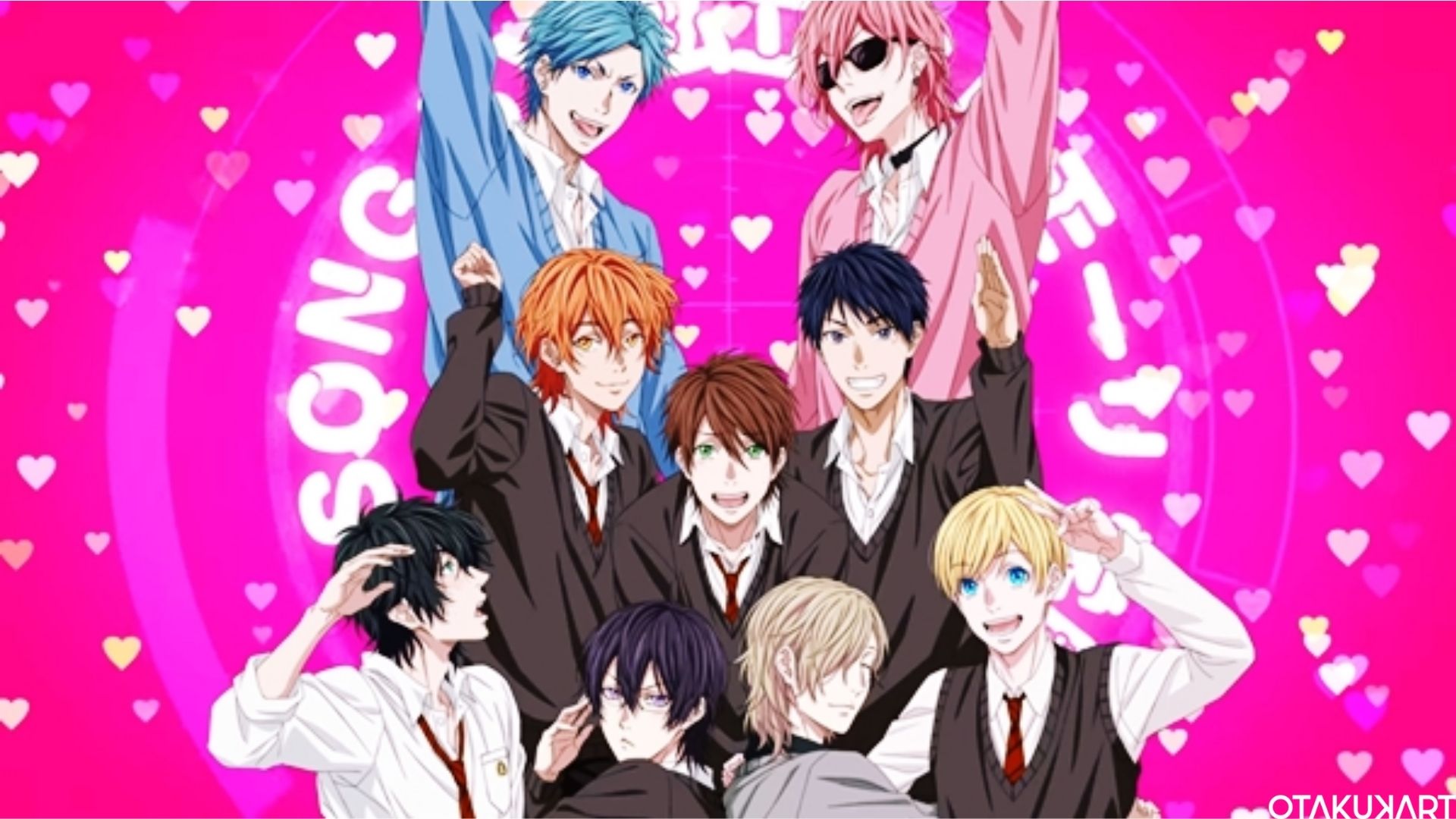 A boy loving a girl who instead turns out to be another boy disguised in women’s clothes? Love Stage is an anime series you would consider watching if you want some messed-up love story between boys. Not too much extent, but Love Stage has one of those ‘what-will-happen-next’ plot lines.

The series premiered in Summer 2014, from July to September. Based on a manga series, Love Stage was produced by Kadokawa Shoten, which has 10 episodes.

Memory loss of someone who you expect things from will hurt you like hell. Super Lovers is a manga-based anime produced by Kadokawa Shoten, Nippon Columbia, and DAX Production. The series has two seasons, 10 episodes each.

Ren and Haru are brothers, Ren being the adoptive brother. Upon arriving from Canada, Haru learns of this news and approaches his antisocial brother, Ren. They both slowly become close enough to be called brothers, or more than that.

A hero saves a ‘prince in dismal?’ Hitorijime My Hero is about a teenage boy who is bullied and is being treated as an errand boy. He believes no one can save him from this situation until ‘Bear killer’ appears. Kousuke Oshiba saves Masahiro Setagawa by beating up the neighborhood gangs.

When Masahiro and Kensuke Oshiba attends their high school, much to their surprise, Kousuke Oshiba enters as their math teacher. As the three get closer, Masahiro starts visualizing Kousuke as his ‘hero,’ or more than that. Will this forbidden love be achieved? Or will they be separated by circumstances?

Though a short series, Semantic Error is an ongoing manhwa, written by Jeosuri and illustrated by Angry. The manhwa has been published by Ridibooks, and an anime adaptation has been released. The series has four episodes, each of three minutes.

The series might be short, but it is fulfilling. The manhwa covers the life of Chu Sangwoo, who lives his life like a robot. His life underwent a major change after he failed his senior, Jang Jaeyoung.

Also Read: ‘Semantic Error’ BL: Everything You Need About The K-drama!