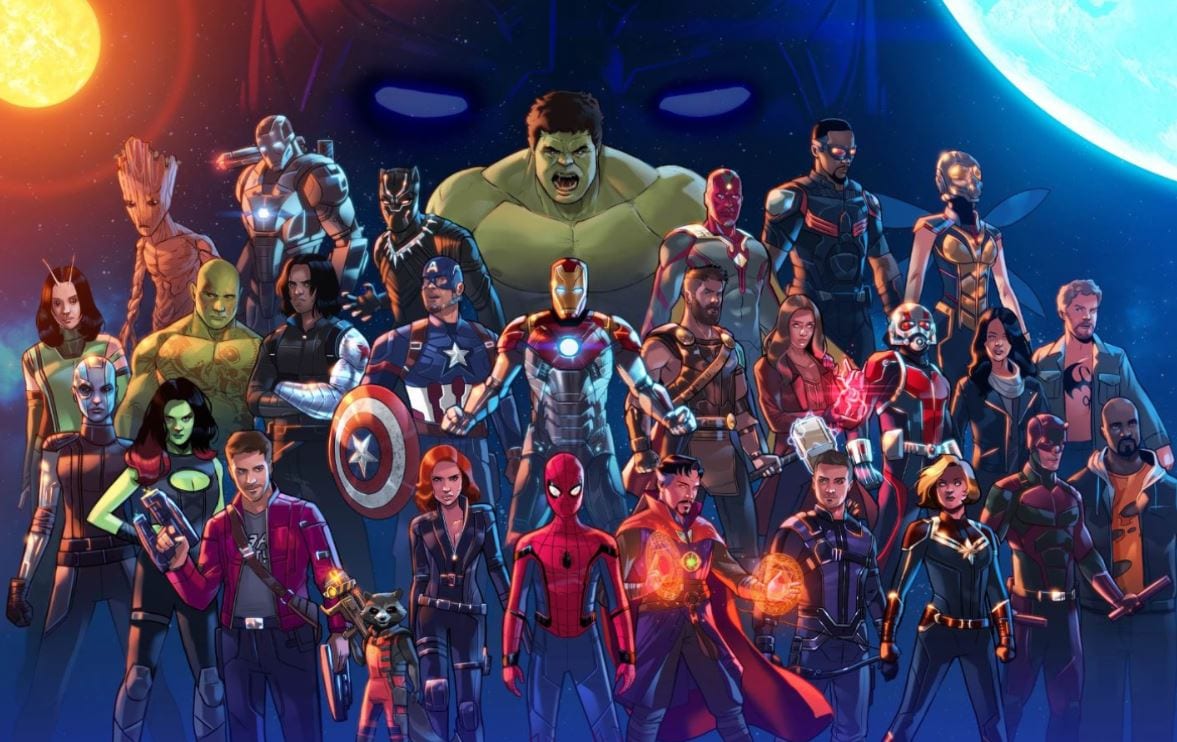 Marvel Cinematic Universe has been successful in various aspects of a superhero film, ranging from costumes, action, special effects, etc. But one thing that has brought each of the characters close to the fans has been the casting. Naturally, throughout the MCU’s storyline ranging across 13 years, we have seen many fabulous casting choices. Most of which are to be credited to Marvel Studios’ Sarah Finn. She has been heavily involved in the casting decisions made for the Marvel movies. Though her decisions have sometimes been questionably out of the box, we have later only seen them have been spot-on. But have you ever wondered how the Marvel Cinematic Universe would have panned out if our favorite characters were played by someone else? So, in this article, let’s look at the Top 10 Actors/Actresses that were almost Cast in Marvel Movies.

Marvel Studios have been able to bring in some of the best in the Cinema industry to portray their characters. The older ones include Samuel L. Jackson, Robert Downey Jr, Chris Evans, Chris Hemsworth, and Scarlett Johansson. While the neat recent past ones include the likes of Oscar-winner Brie Larson, Tom Holland, and Benedict Cumberbatch. We even have some A-lister stars announced only a few days ago, like Angelina Jolie, Salma Hayek, and Kit Harrington, all joining Marvel as part of the Eternals. While one would argue that these castings are perfect, not all of them were the first choice among the candidates. Some of them were either changed due to conflicts in interests or due to artistic choices. Now it can be hard to imagine these characters to be played by anyone else, but we can always wonder what if? 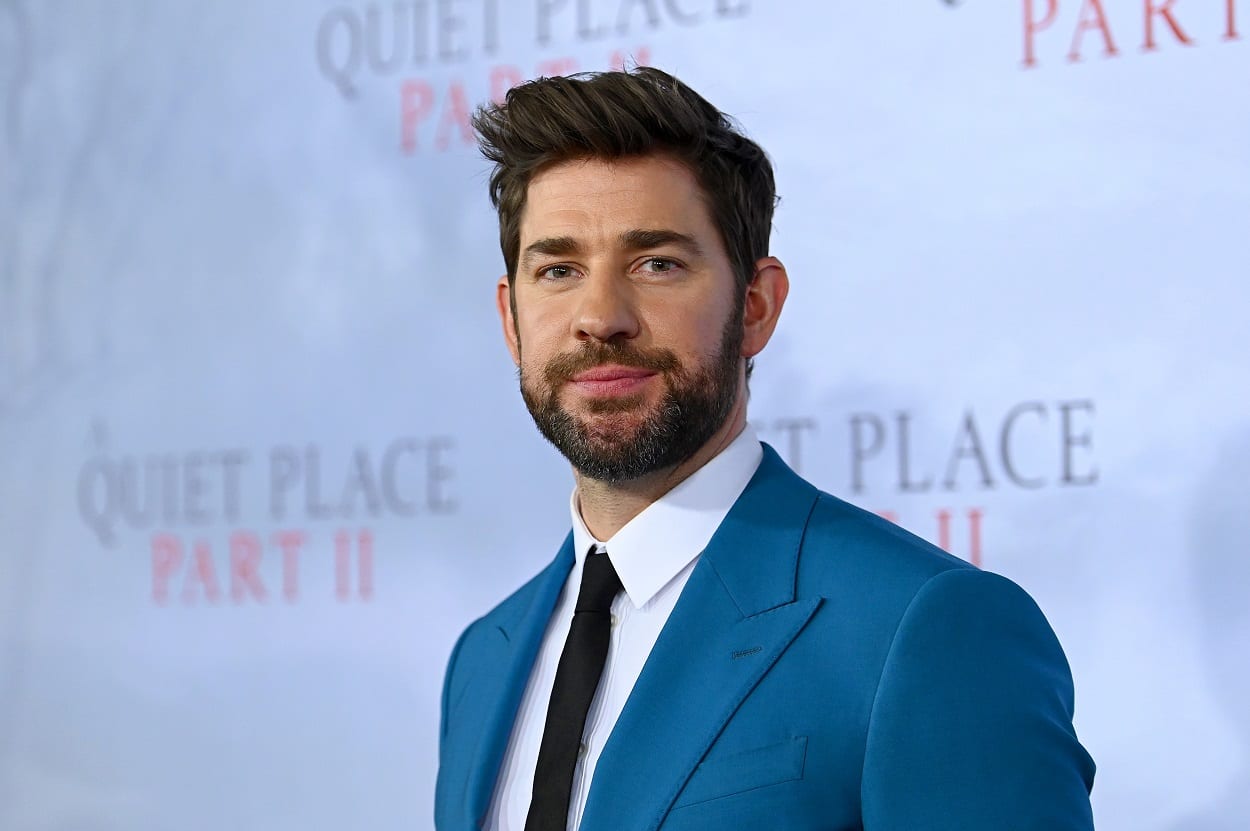 If you think of John Krasinski, all one might think of is the bored salesman at the Dunder Mifflin Paper Company. Throughout the years, he had worked as a snarky and sarcastic employee, Jim Halpert, in the Office. Now imagine him carrying Captain America’s shield while leading the Avengers. Apparently, this story was very close to being true, where this actor was almost cast as the Marvel character. Through his auditions, John even went on to try on Captain America’s suit. But at that moment, he saw another Marvel star Chris Hemsworth in his bulky physique in the Thor costume. This was a reality check for Krasinski as he realized that he was unfit to be Captain America. Nevertheless, things worked out well for him. He himself said in an interview how his movie The Quiet Place wouldn’t have been possible if he had signed for Marvel. 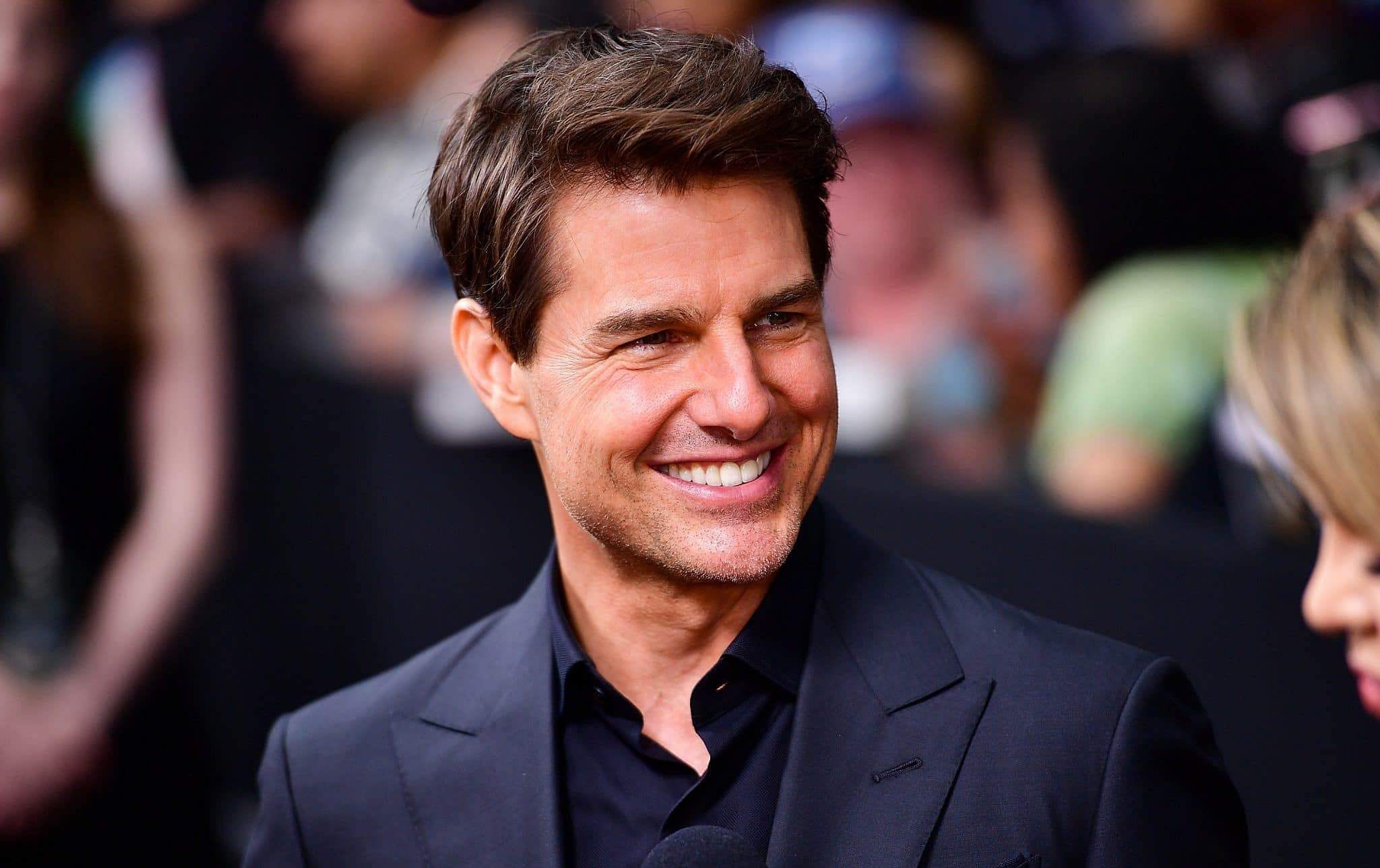 Robert Downey Jr. has very much been ingrained in all of our minds as the snarky and sardonic Tony Stark, aka Iron Man. From his performances in his three titular films to his appearance in other Marvel films, it’s hard to imagine anyone else playing the role. Surprisingly, this was close to being the case as the Mission Impossible star Tom Cruise was supposedly up for the role. This might have occurred as there was a plan in the works to have Nick Cassavetes direct an Iron Man movie with Tom Cruise playing the lead. But this idea was soon scrapped with Jon Favreau directing the film with Robert Downey Junior getting the role. This was only possible due to the actor’s stand-out performance in the auditions. 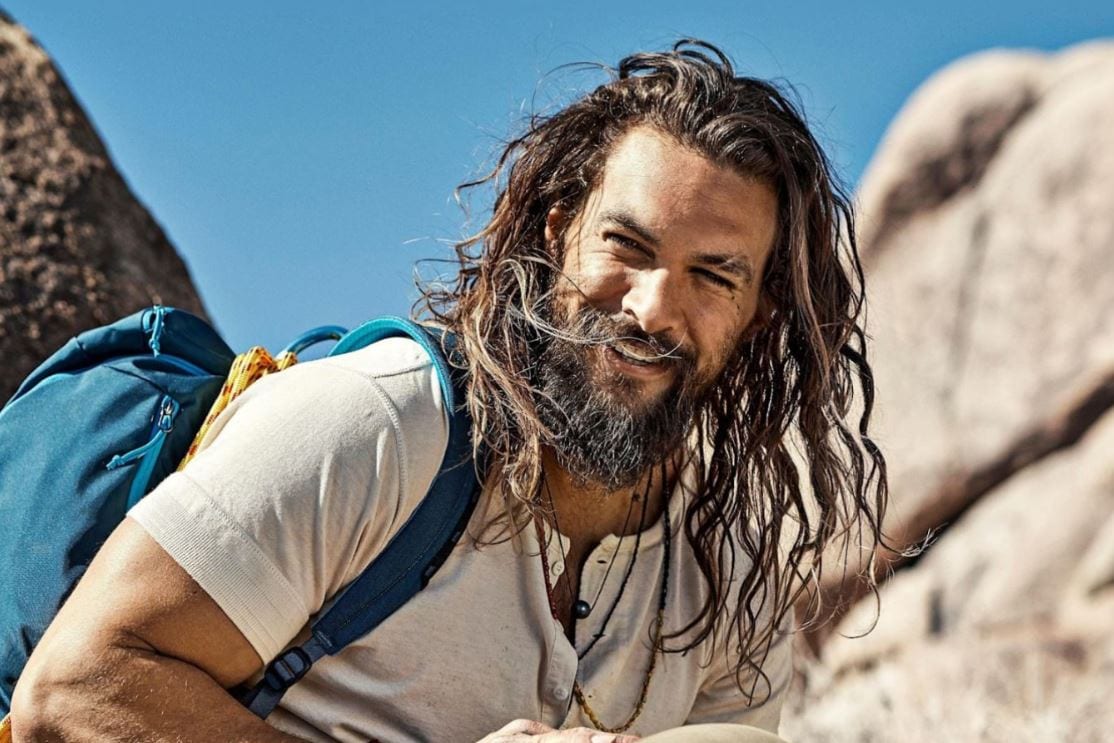 Dave Bautista’s Drax The Destroyer has become a fan favorite through his unique antics and stealth skills. Nevertheless, this role was apparently about to go to the former Game of Thrones star, Jason Momoa. While being an actor who often plays a seemingly silent character, Jason wanted a more talkative role. And apparently, he was very close to being Drax only to snub the role due to the contract negotiations focused on the pay. But later, Jason got what he wanted as he became the ever so talkative character in the DC Universe as the Aquaman. And up till now, Jason has appeared twice as Aquaman in the Justice League and his titular film with a sequel in the works. 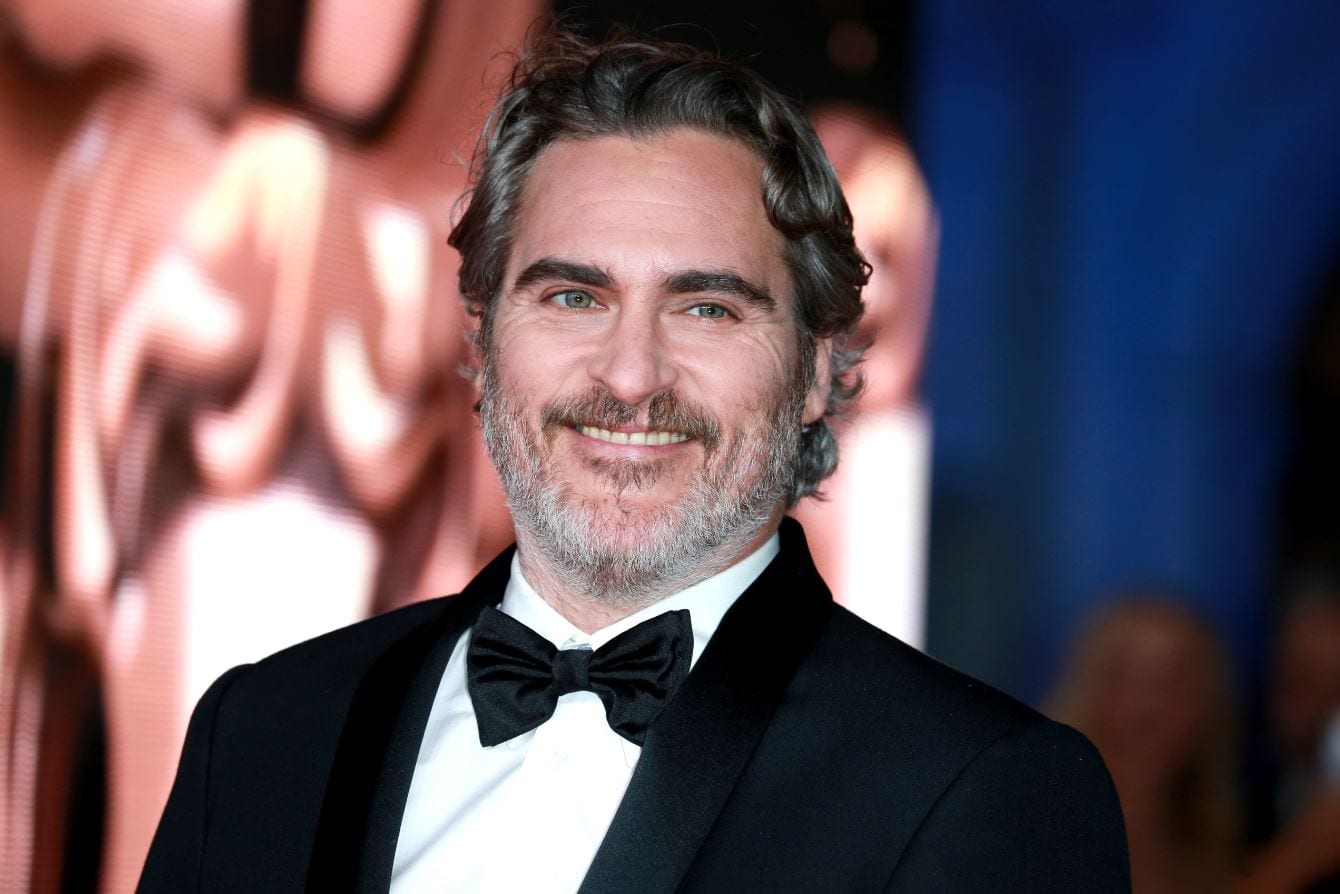 The Sorcerer Supreme Doctor Strange has become quite an important character in recent MCU history. This character, ecstatically played by the former Sherlock star, was once in contention to be played by former Hangover Director Joaquin Phoenix. He had gone through months of auditioning to become the front runner in the auditions for the character. We might have very well seen the actor cast as the Marvel character. But he lost the role to Benedict Cumberbatch. Anyway, according to Joaquin, everything worked out well in the end for all parties. Joaquin Phoenix later went on to portray an alternate version of Batman’s primary adversary, the Joker, in the 2019 film. He went on to win the Oscar for Best Actor for his role in the film as Arthur Fleck.

Thor is one of the essential characters in the Marvel franchise. So the world was shocked when it was given to someone unknown at the time Chris Hemsworth. But ever since then, the actor has proved himself that it was right for him to be cast as the Marvel Character. Initially, Chris had given a disappointing audition, meanwhile, his brother Liam Hemsworth was headed to the final rounds of the audition with multiple callbacks. So, Chris’s agent convinced the studio to give Chris another shot in the auditions. So fueled with sibling rivalry, Chris tried his best to outdo his younger brother to finally be selected for the role of the God of Thunder. It all worked out well as Liam had a successful career appearing in The Hunger Games. 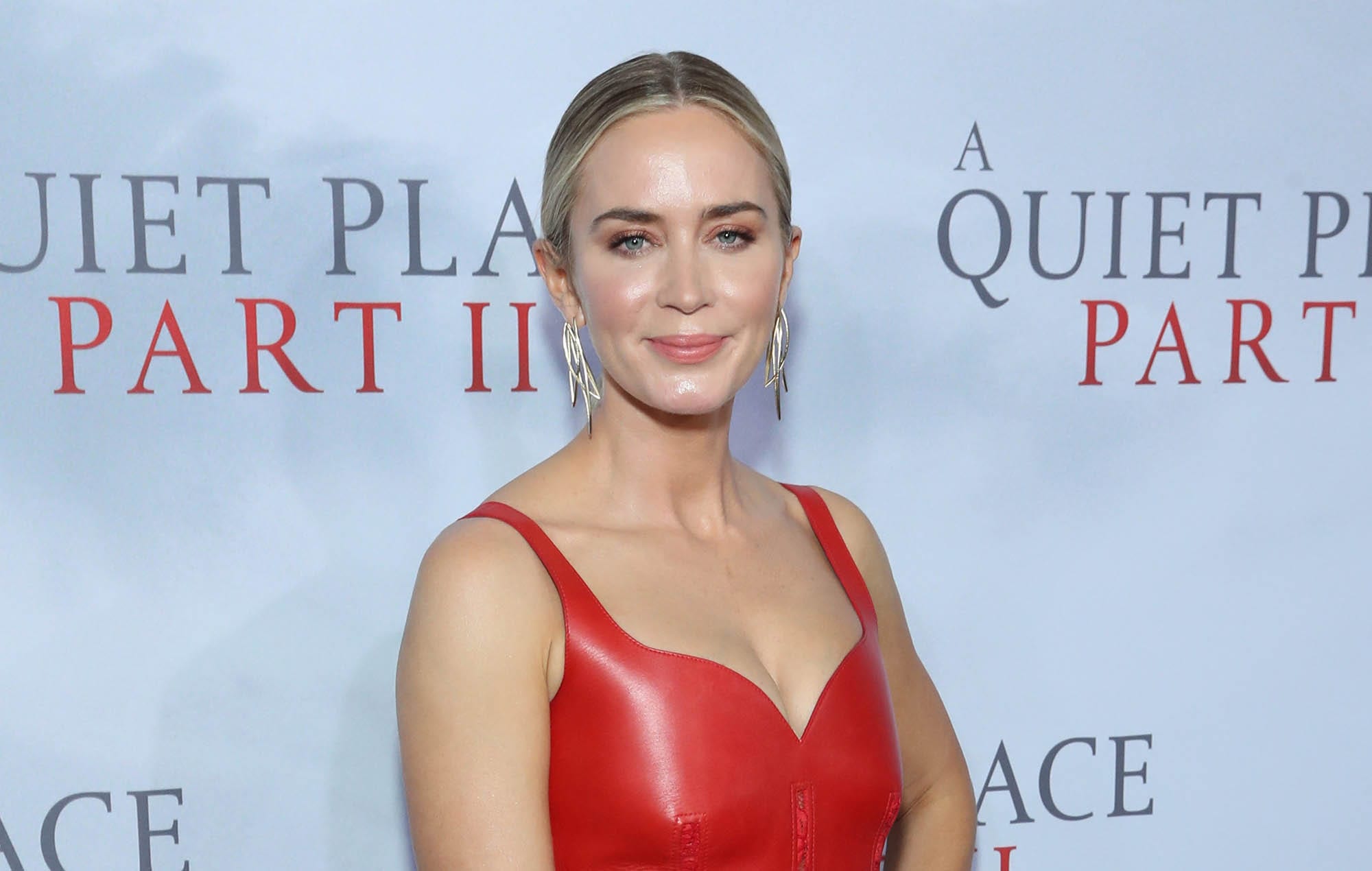 The former Sicario star, Emily Blunt, was once willing to join the Marvel ensemble as the spy and assassin Natasha Romanoff, aka Black Widow. Surprisingly, she once even auditioned to play Steve Rogers’ love interest, Agent Peggy Carter. This meant that we had an opportunity to see the real-life couple of John Krasinski and Emily Blunt together in Marvel. Nevertheless, she had to back off from the roles in Marvel as the contract bound her to scheduling conflicts. If it wasn’t for this, we would have seen the actor cast as the Marvel character. Imagine Black Widow not being played by Scarlett Johansson and Peggy Carter not being played by Hayley Atwell. According to Emily Blunt, it all worked out well for her as she was able to appear in her project, The Quiet Place. 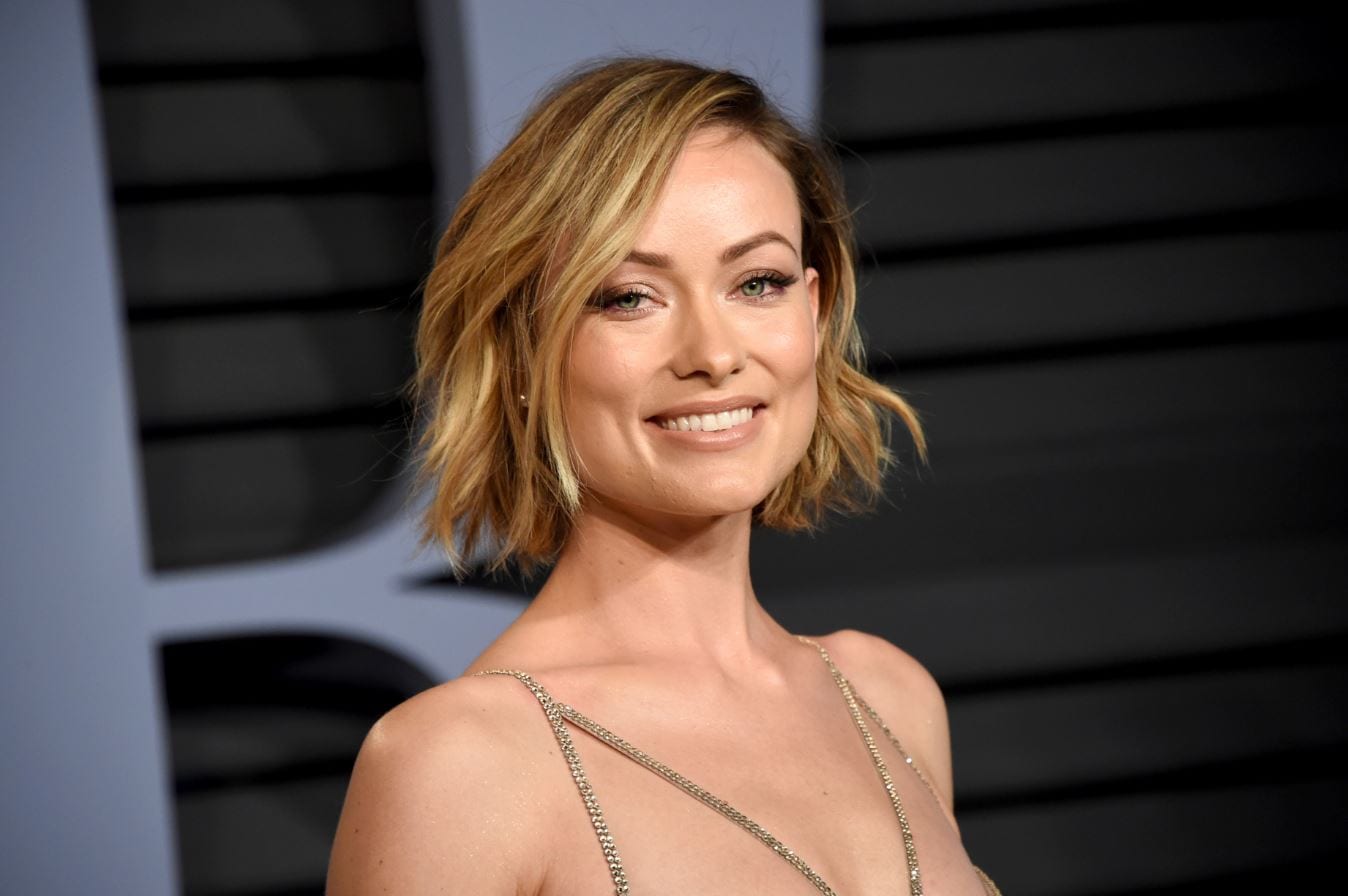 Gamora is the green-skinned female lead in the Guardians of the Galaxy. She has been flawlessly portrayed by Zoe Saldana in her appearances as Thanos’ adopted daughter. But apparently, instead of Zoe, another actor was in contention to be cast as the Marvel Character. Marvel Studios were pursuing former House star Olivia Wilde to play Gamora. She has had her own history with sci-fi films such as those of Tron: Legacy and Cowboys and Aliens. Nevertheless, she turned down the role for an undisclosed reason. The role was up for the Mean Girls star Amanda Seyfried. But she had turned down the role for the amount of make-up it would take to prepare for her role as Gamora before the filming. 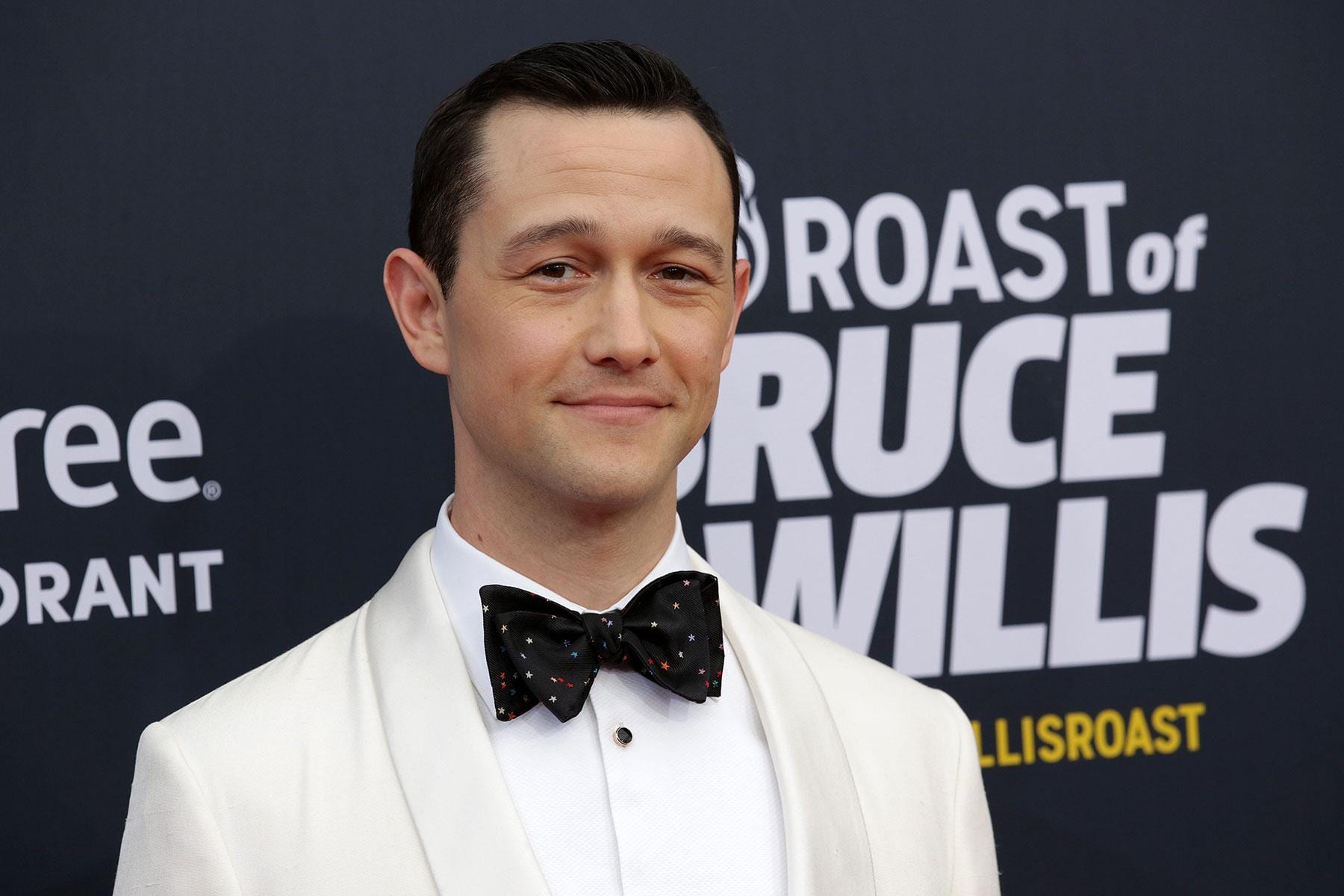 Marvel seemed to have been a favorite actor in Joseph Gordon-Levitt to be cast in as a Character. He was seen as a potential fit to play two Marvel roles. One as Star-Lord in the Guardians of the Galaxy, and the other as Scott Lang in Ant-Man. Apparently, he was very close to being cast for Ant-Man but lost out to Paul Rudd in the auditions. Nevertheless, the actor has had a lustrous career playing a variety of distinctive roles throughout three decades. His most prominent roles being in DC’s The Dark Knight and The Inception. While the actor still hasn’t appeared in Marvel, there is always the possibility that this may happen in the future. 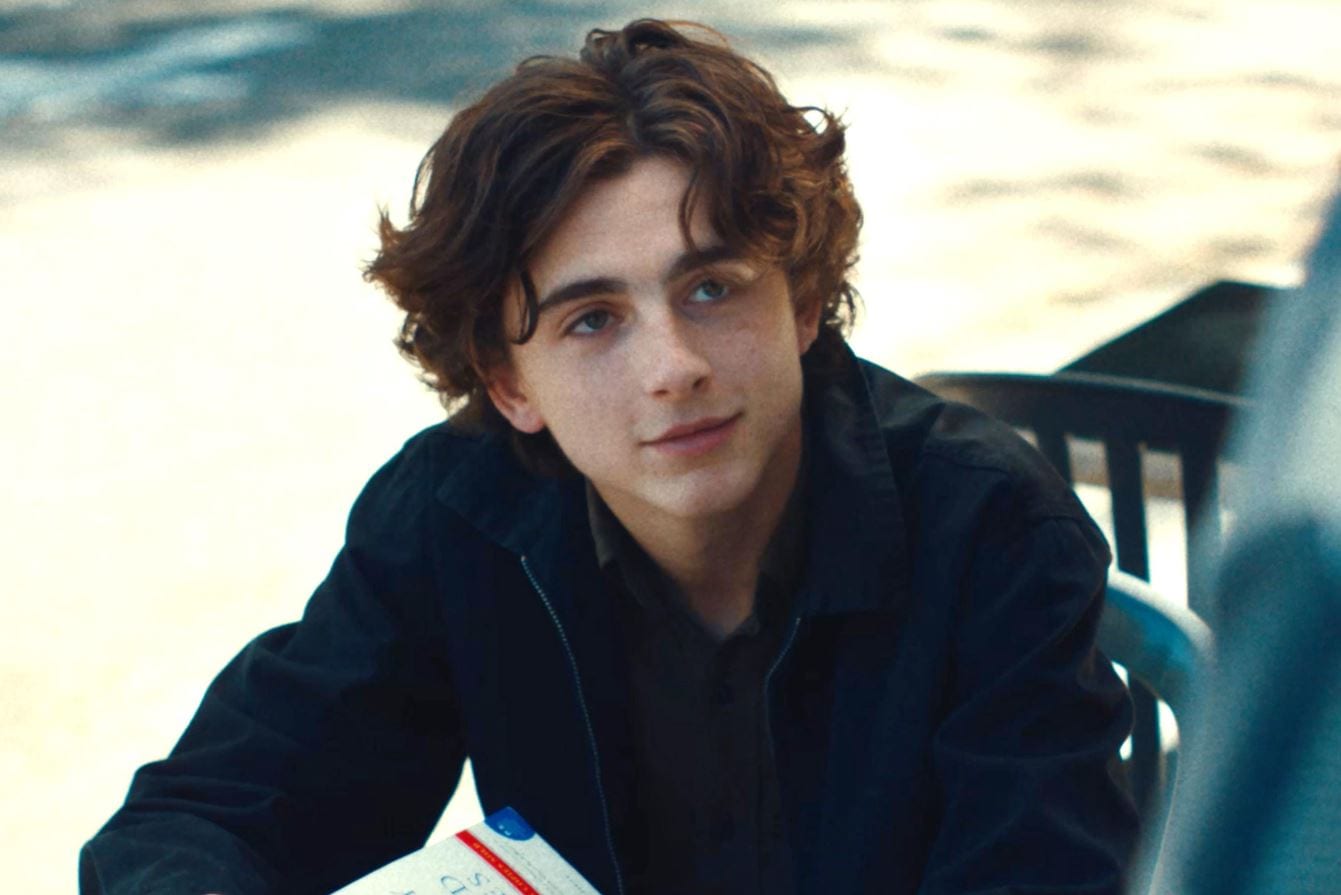 When Spider-Man was finally announced to be part of the MCU, everyone was overjoyed. The fan-favorite superhero was to swing by in Captain America: Civil War, like auditions, soon began for the role. And before Tom Holland was picked for the role, even Oscar-Nominated Timothee Chalamet was auditioning for the role of Peter Parker. But in the auditions, he botched it as he felt nervous and left sweating. He wanted to try out for the role once again but didn’t do so. Now, Timothee Chalamet has been Oscar-nominated and also is soon about to appear in the 2021 version of Dune, to be released in cinemas and HBO Max. 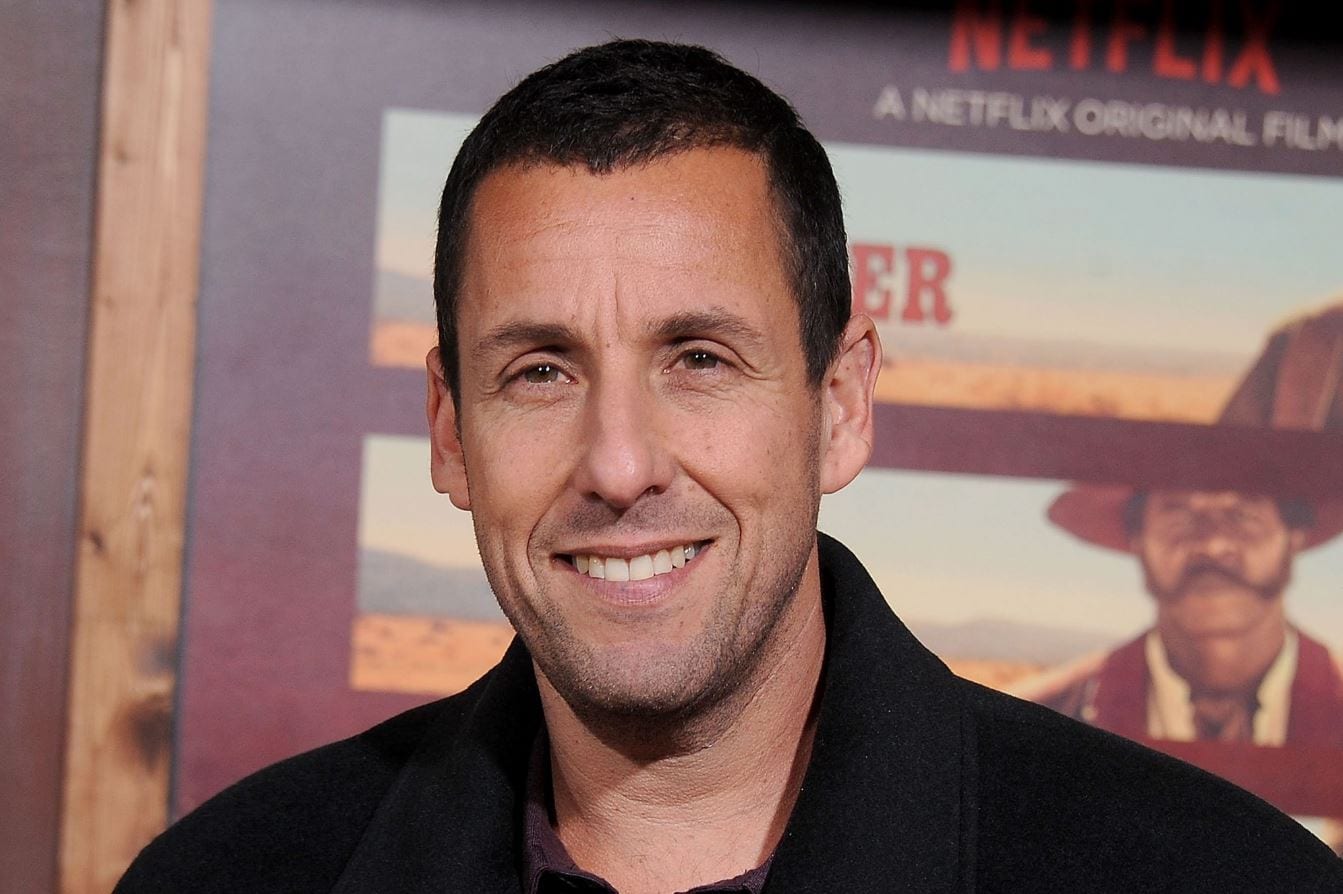 Rocket Raccoon, the quite complicated sarcastic member of the Guardians of the Galaxy, was once about to be voiced by Adam Sandler. The role was even in contention by Jim Carrey and Danny DeVitto. Nevertheless, all three actors were considered unfit for the role due to their age playing a factor in their portrayal of the character. This role was later won by the former Hangover star, Bradley Cooper. And as evident as it has been, the actor has done a great job in portraying Rocket Raccoon.

Also Read: 10 Marvel Characters That Are Stronger Than Scarlet Witch In The Comics