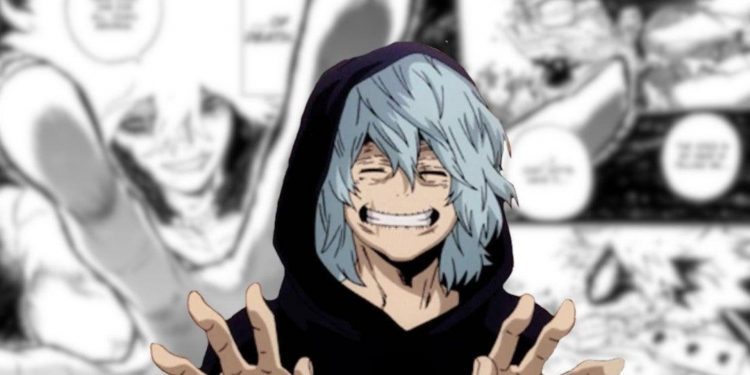 Who doesn’t know about Shigaraki? BNHA fans either hate, pity, and/or some even love him. We know about his quirk ‘Decay,’ but Shigaraki Tomura has to have some other quirks or abilities, too? He is, after all, the main antagonist of M.H.A.! When Shigaraki first appeared, no one would have thought his character to develop this way. He still continues to haunt the heroes, as well as us! So, don’t you think it is rather important to know about his quirks, just how Deku takes notes of all, to know better about the opponents?

The League of Villains was led by Tomura Shigaraki, appearing for the first time during the U.S.J. arc. Following the series, the League of Villains merged with Meta Liberation Army, infamously known as Paranormal Liberation Front. After the events of Revival Celebration, where Re-Destro orchestrated a plan to defeat the League, Tomura became the Grand Commander. He even managed to gain Gigantomachia’s loyalty as the successors of A.F.O.

Before dealing with Shigaraki’s quirks, here’s some information to share with the anime fans. Feel free to stop reading if you don’t want spoilers. But even to know if there are spoilers or not, you first have to know if there are any, no? So better stay with me until the end! 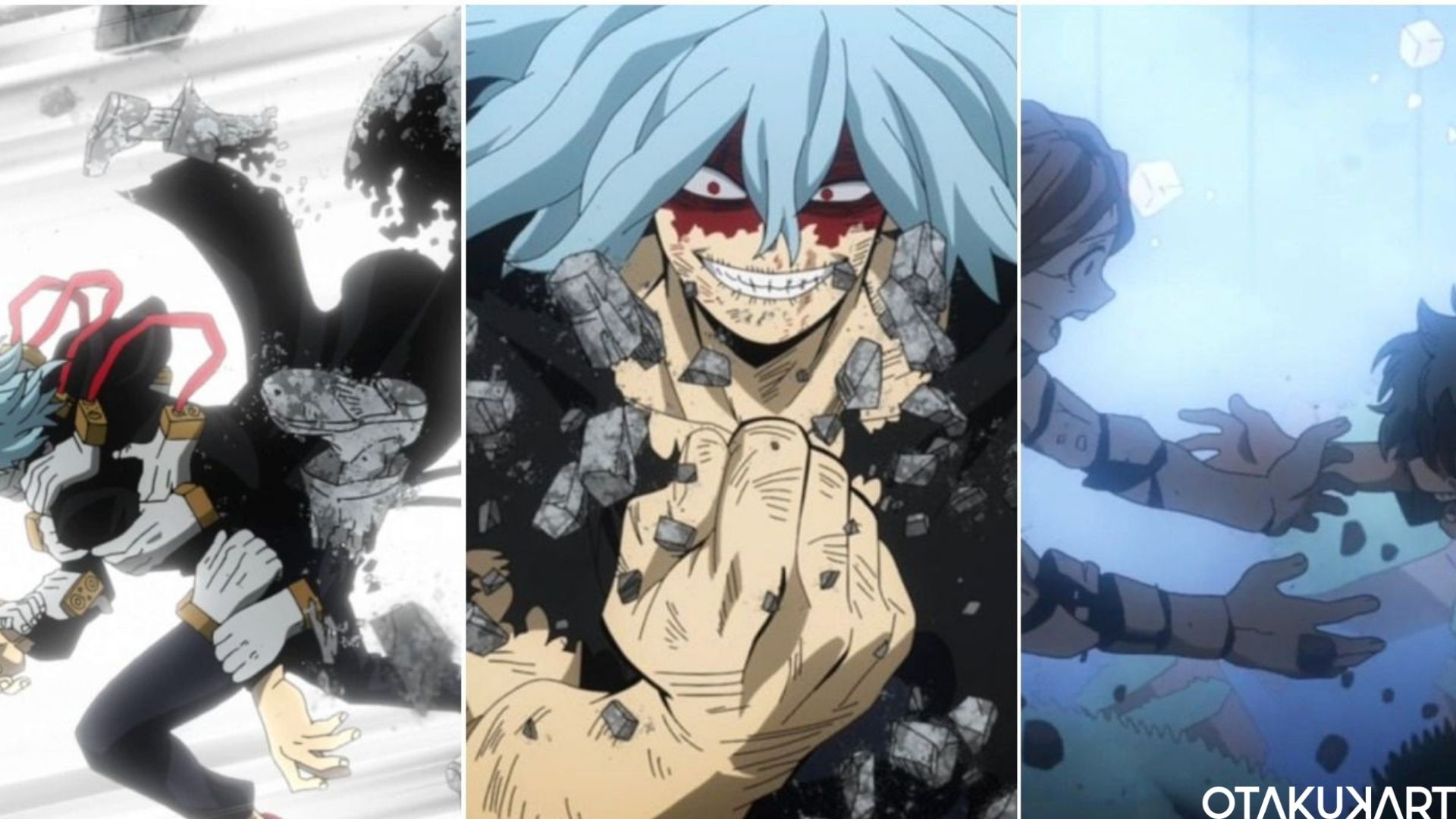 Tomura Shigaraki’s real name is Tenko Shimura. He is the great-grandson of Nana Shimura, the 7th holder of O.F.A. Tenko’s father, Kotaro Shimura, hated Nana Shimura for leaving her family behind to help save some ‘strangers.’ For he did not want his children to grow up as heroes, Kotaro was pretty hard on his upbringing. Tenko was especially affected by Kotaro’s style of parenting because Tenko wanted to be a hero. Having suffered from such abuses throughout his childhood, Tenko suddenly one day developed his quirk. While hugging his dog, Mon, Tenko thought villains had attacked them, which is why Mon died.

Unaware of his own quirk, Tenko killed all of his family members. When his dad stepped out to see what was going on, Tenko finally had an urge to kill his dad. The five-year-old boy was able to blow away his families’ body without flinching.

In his most needed times, nobody came up to him. Not a hero or any other person, but it was only All For One that reached his hand out to Tenko.

‘What does Tomura mean?’ The first name ‘Tomura’ means ‘Mourning,’ that is what A.F.O. had told Tenko when asked. As for Shigaraki, One For All said it is his last name.

All Quirks of Shigaraki Tomura

The very quirk he manifested as a five-year-old boy is Decay. This quirk of his let him disintegrate, i.e., turn everything to dust, within seconds of touching when all his five fingers are in contact with the subject. His ‘Decay’ has upgraded to a level where when he touches one, everything behind it or around that ‘one’ disintegrates as well.

It may not be exact, but because he has to touch any solid object for him to activate his quirk, Tomura’s ‘Decay’ can be countered through manipulation of fluid or particles, such as Snatch’s sand body.

Do you know that Tomura has now inherited A.F.O.? Some fans may have had the idea about it; some may not. But wait, was that a spoiler for you? Oh well, now you know, so let’s continue after all.

After experiencing hellish pain for straight four months, Tomura has finally been passed down the Symbol of Evil, ALL FOR ONE. Not to mention, now Tomura can use all the stolen quirks and can even steal quirks.

Thanks to A.F.O, Shigaraki now has all the quirks which once the Symbol of Evil himself acquired. This quirk formerly belonged to Ragdoll’s, Former No.32 Pro-Hero and a member of Wild, Wild Pussycats. As the name suggests, this quirk allows the wielder to search one hundred individuals at a time and can also identify anyone’s weak points.

This quirk was stolen by A.F.O., again, from an unknown individual. Shigaraki, now, has access to it; this quirk allows him to release an air shockwave from their arms, making it a long-range type quirk. Tomura can fire large blasts of pressurized air from the palms of his hands.

In the latest manga chapters, Shigaraki is also seen using this quirk to find out One For All’s, Deku, that is, location. This quirk is convenient in its own way. Shigaraki can disrupt radio waves and cause communicators to malfunction. This quirk, as well, was stolen from an unknown individual by All for One.