Fikayo started his football career at the age of seven. He started playing football for the Chelsea youth team in 2005. 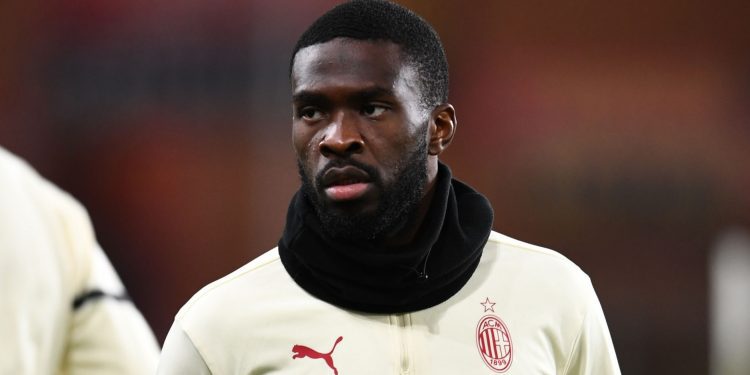 Oluwafikayomi Oluwadamilola “Fikayo” Tomori, known professionally as Fikayo Tomori, is an English professional footballer who plays for Serie A club AC Milan, on loan from Chelsea and the England team as a center-back. Fikayo Tomori was born on December 19, 1997, and is now 24 years old. He is these days making news for his love life as netizens want to know about Tomori’s Girlfriend? Fikayo is the first and only son of his parents, Olayinka and Mo. He was born in Calgary, Canada, and moved to England with his parents when he was a child. Fikayo’s father played an essential role in his career. His father motivated him and gave him great support in his promotion to the Chelsea first team. Apart from his parents, he has a sister in his family.

Fikayo belongs to the Nigerian ethnic group. He has Nigerian roots from his parents, who hail from Osogbo in Osun state in southwest Nigeria. Tomori is a British citizen. He is a naturalized British citizen despite being born in Canada. The player was eligible to represent Nigeria internationally. Instead, he represented his native country Canada at the Under-20 level. Then he chose England and made his England U-19 debut on June 4, 2016. Likewise, with his debut with the senior national team against Kosovo in the UEFA Euro 2020 qualifiers on November 17, 2019.

Fikayo doesn’t seem to have a girlfriend at the moment. He has not shared any views from his recent love life on social media. But before that, Fikayo Tomori dated the reality show star Amber Gill in early 2020. Amber, 24, is the winner of the 2019 ITV2 reality series Love Island. She also works as a model for fashion brand Newcastle Fash 1. The couple enjoyed their romantic encounter in London.

The duo had a number of conversations on Instagram, and she was seen in his Instagram comments with some flirty messages. However, Fikayo and Amber are no longer together. News of Amber leaving her boyfriend, Rory Calhoun, emerged in February 2021. According to media sources, Amber has also been linked with several names.

Fikayo started his football career at the age of seven. He started playing football for the Chelsea youth team in 2005 and went through the club’s academic system. In his early years at Chelsea Academy, he began to argue with his academy mate, Tammy Abraham, who happened to be his best friend. On May 15, 2016, he made his professional debut in Chelsea’s final game of the 2015/16 season. On January 23, 2017, he joined the Brighton and Hove Albion Championship team on loan for the remainder of the 2016–17 season and made his debut five days later.

Internationally, he was eligible to represent Nigeria through his parents. On March 27, 2016, he captained the Canada U20 team in his third stint for the country. On May 16, 2016, during the following international break and the day after his professional club debut, he was called up to England U19s and made his England U19 debut on June 4, 2016. He was also elected England U20/U20 champion at the 2017 U20 World Cup.

On May 27, 2019, he was named in the 23 strong England squad for the 2019 UEFA European Under-21 Championship. On October 3, 2019, he received his first call-up to the England senior team for the upcoming Euro 2020 qualifiers and was determined to play for England based on interest from Nigeria and Canada. Fikayo made his debut for the England team on November 17, 2019.