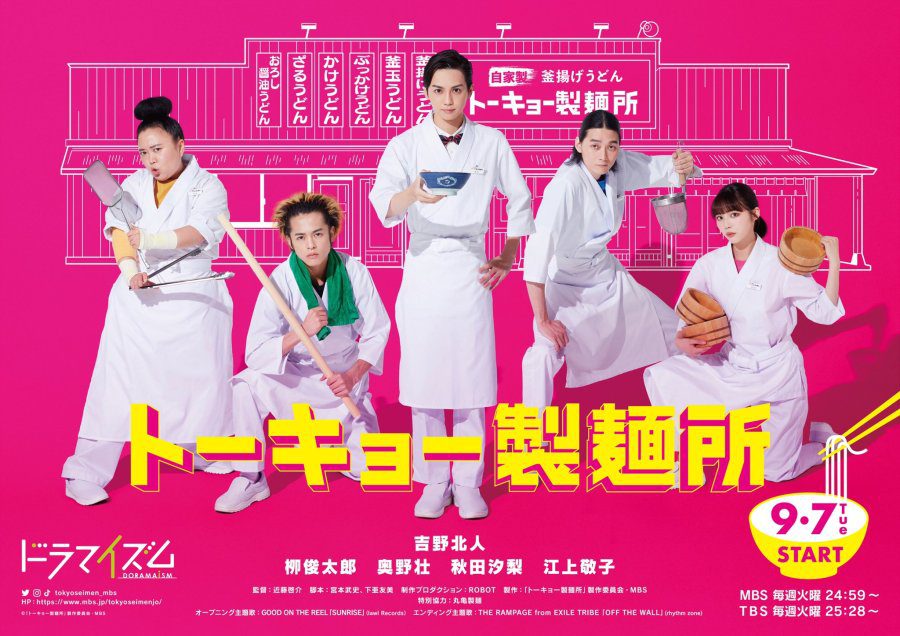 “Tokyo Seimenjo,” the world-famous udan shop from Tokyo, is on its way to releasing episode 6. Collaborating with MBS Japan, the Japanese drama offers the inside talks of the eating place. Taking the viewers into the restaurant, as we see the staff members working their fingers to the bone. The show features an udon franchise restaurant that believes in the service that is “Quick, cheap, & delicious”. With their manager being on maternity leave for the past two months, the team of the “part-timer”; Aoi Haruto, Midorikawa Yoshio, Momota Rin, and Kimoto Setsuko are the only ones holding the shop together.

At the beginning of the show, we saw a place filled with people devouring the thick flour noodles, aka “Udon”. As the staff is working on the orders, and the chefs are cooking the noodles. We saw Aoi Haruto, the leader calling out Haitaini Kun, but Haitiani Kun just ignores the calls and leaves the place, disappearing into nowhere. After the shop closes at night and all the tired staff members are resting and sighing in pain. Aoi gets a call from Haitani that he is leaving the country to study abroad and quitting his job. Sighing, as Aio cuts off another name from the staff list. They talk about how things would get easier if the manager came back. He gets a call from the parent hotel that the new manager will be arriving the next morning. 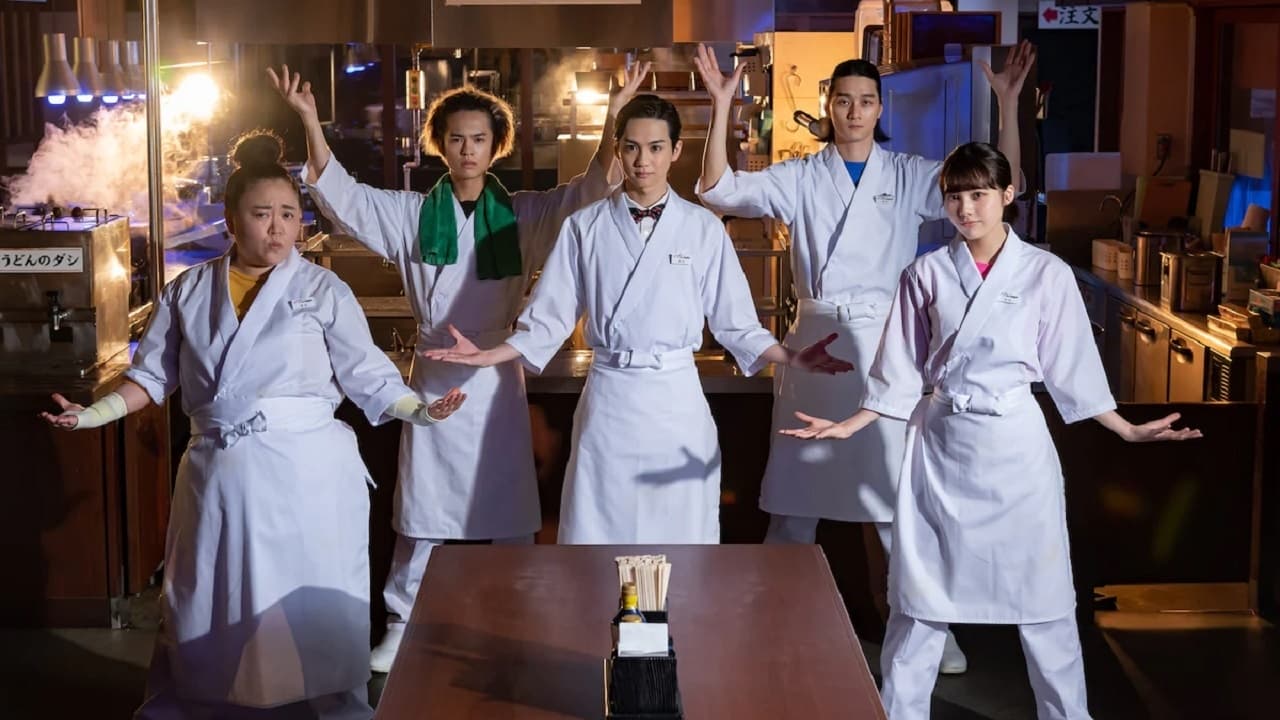 The Current Scenario In The Tokyo Seimenjo

The next day, he arrives; Akamatsu Kotaro, a hotelier, is assigned to manage the Udon shop. Aoi explains to Akamatsu that the shop is self-service since it’s easy for both the staff and the customers. But when Akamatsu sees a few people struggling, he runs over to help them. Making a struggling and annoyed Aoi scream at him. With a customer pitching in to not put his efforts where it is not needed. As the day comes to an end, and the staff is trying to relax from the busy day they had. Akamatsu pitches the idea of a new dish and system, with Aio going completely against it. Still going on with introducing the new dish, it became a success, making the shop busier.

One day, Akamatsu suggests that the staff take up other duties to learn new things. But everybody looks at him, weird. But as Midori sees it, a girl from his school, whom he used to have a crush on, enters the shop. He immediately leaves his dishwashing duty and goes to wait at the tables. He tries to talk to her but fails. The other members encouraged him to talk to her the next day. And he does, but it turns out she had a boyfriend. A heartbroken Midori returns to work after a miserable date only to see his crush coming in again. And crying at the sight of food, she tells him that her boyfriend broke up with him. 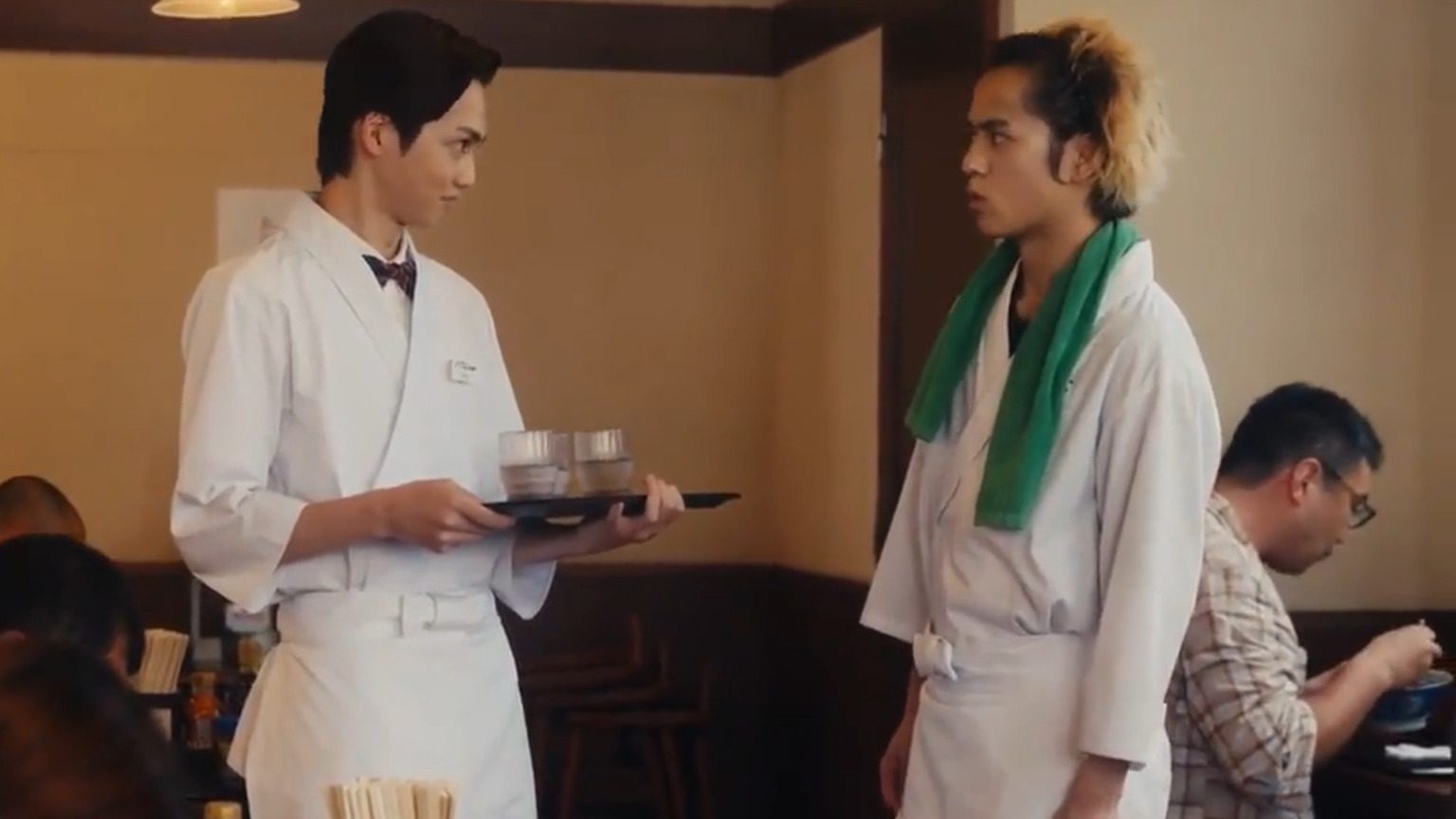 A still from Tokyo Seimenjo Episode 4

As he offers her some tissue, he uses her nickname from school. Asking him how he knows it, he starts screaming her chants from school, letting all his feelings out. With her trying to stop him because of embarrassment. The staff looking at their friend getting his energy back gets back to work happily.

Tokyo Seimenjo Episode 6 will release on October 12, 2021, at 9.25 JST. The upcoming episode will be the final episode in season one of Tokyo Seimenjo. As we saw, the staff were returning to their work with full power. Kimoto gets back to taking the fresh noodles out of the water. But as soon as she pulls them up with her whole energy, she falls back, losing her consciousness. In the upcoming episode, we will see what happened to her and how her recovery is going with Akamatsu on his knees in front of an official. At the same time, the staff at the Tokyo Seimenjo struggles to manage without Kimoto.