Tokyo Revengers stands out as one of the best award-winning manga. Not only does it blend multiple concepts to generate one masterpiece, but it also carries out the concept perfectly. Ken Wakui has not only written this manga but also brilliantly illustrated it. The manga expanded its influence over the anime and film industry by taking big leaps in 2021. The anime adaptation of Tokyo Revengers premiered in April 2021. But the good news does not end here. A Tokyo Revengers live-action film has also been announced and is on the way.

Tokyo Revengers deals with hardcore action and a curious case of time leaps. But it’s not only about meaningless fight scenes and CGI. Tokyo Revengers brings forward a story of Takemichi Hanagaki on a mission to save his love, Hinata Tachibana through said time leaps. The plotline convinces viewers to find out what would happen ahead. Although seemingly predictable, this manga makes sure to surprise its readers with every new turn of events.

The manga was published by Kodansha in its Weekly Shounen Magazine. It started in 2017 and has been ongoing since. So far, the manga has covered 22 volumes. In 2020, the manga sold a total of 3 million copies. The number then rose to more than 10 million as per the counts in March 2021. Furthermore, the manga was awarded the 44th Kodansha Manga Award in 2020.

Adapted from the manga, the anime has held on to the standards outstandingly. Now fans are excited to witness the Tokyo Revengers live-action film. Here is every detail we know so far about this upcoming film. 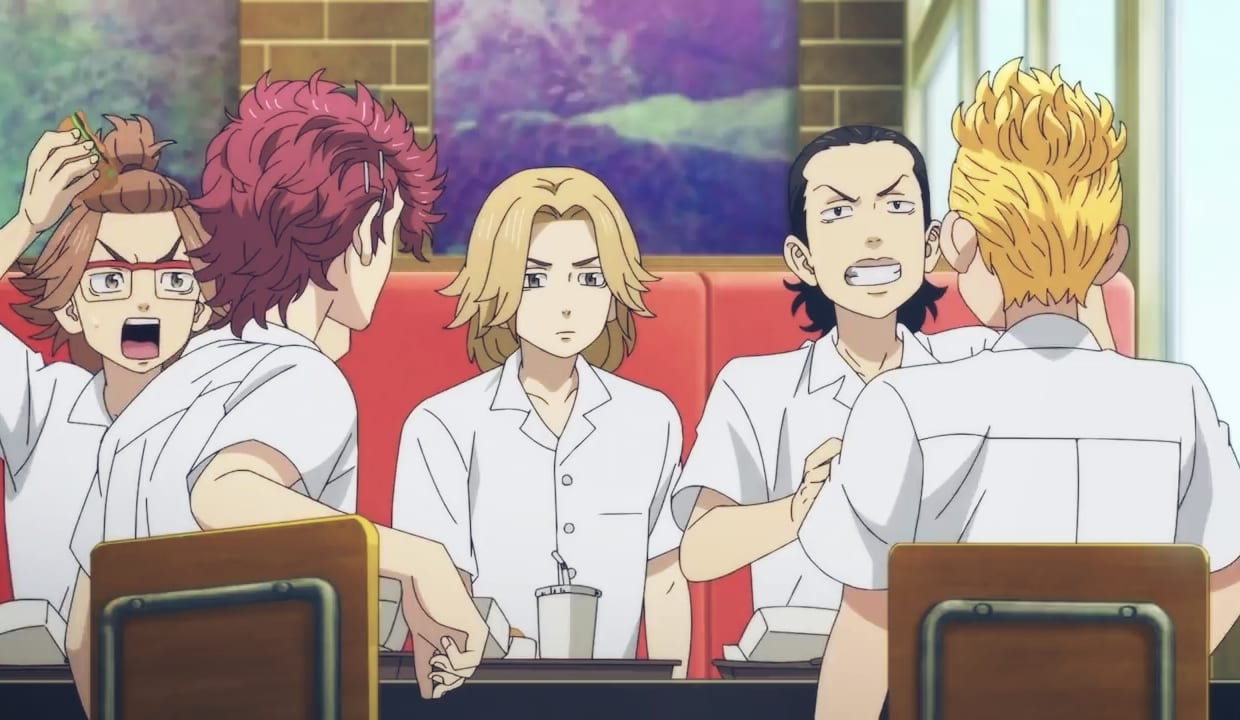 As mentioned, the anime adaptation of Tokyo Revengers was released in spring 2021. The first episode premiered on April 11, 2021. It has been produced by Liden Films. The studio’s animation has exceeded all expectations with this new series. As a matter of fact, this series could easily become the star series of 2021.

With only two episodes in at the time of writing, the anime series has already proved its worth. The anime is available for streaming on Crunchyroll and Muse Communication. If you like good drama and action sequences along with a sweet sense of romance, Tokyo Revengers might just be the anime you are looking for.

The Tokyo Revengers live-action film has similar features as the anime. If people have been loving the anime series, giving the live-action a try seems worth the time.

Also Read: Killing Stalking Ending Explained: A Terrifying Story Of a Stalker and A Criminal

The film was first announced in February 2020 by Warner Bros, Japan. After much delay, the release date, an official trailer, and the cast and crew have been announced.

Tokyo Revengers live-action film was previously set to release in October 2020. However, due to the coronavirus pandemic, the release date was postponed. More than a year after the announcement, a new release date was fixed in March 2021.

As per the most recent announcement, the Tokyo Revengers live-action film is set to be released on 9 July 2021. The film will be released in Japan. Any announcement regarding an international release has not been made.

Hence, it might be a while before people outside of Japan get to watch this movie.

A teaser trailer was released in January 2021. The trailer introduced the characters involved.

On April 21, 2021, the official teaser trailer of Tokyo Revengers live-action film was released.

Both the trailers have been narrated by Hiro Shimono, a renowned anime voice actor. Along with the official release date, the trailer reveals the theme song of the anime, which is “Namae o Yobu Yo”. This song will be performed by Super Beaver.

The live-action adaptation will be directed by Tsutomu Hanabusa. He also directed other popular live-action films such as Kakegurui and Grand Blues. Warner Bros is the official distributor of this movie.

Sano’s closest ally, Ken Ryuguji is played by Yuki Yamada. Masataka Shimizu, Takemichi’s middle school bully will be played by Nobuyuki Suzuki. A major antagonist, Tetta Kisaki will be enacted by Shōtaro Mamiya. The film will also feature Gordon Maeda as one of the leaders of the Tokyo Manji Gang, Takashi Mitsuya. Kisaki’s spy, Shuji Hanma will also appear, played by Hiroya Shimizu. The casting seems quite relatable to the illustrations of the manga. I personally loved how raw the movie is trying to keep itself. The resemblance of the characters to the original source feels perfect.

The movie might not be out soon in international mediums. You can always reach out to the official website of Tokyo Revengers or keep checking in to our site to keep yourself updated.