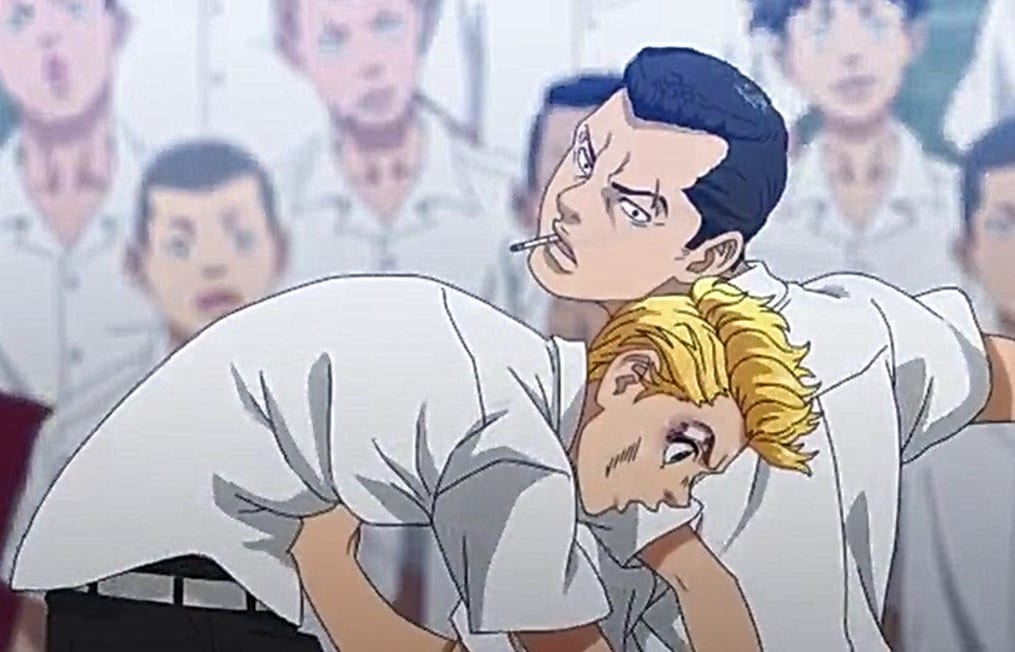 Takemichi challenged Kiyomas, who is one of two leaders of the Tokyo Manji Gang. He realizes that he has to find a second leader. In the last fight, Takemichi and his friend were brutally beaten. Kiyomasa light on his cig and blew the smoke at Takemichi’s face. Takemichi realizes that Sano and Kisaki are missing Kiyomasa told him not to regret this. Takechimi realizes that he won.t see the two as long as he is a slave. Kiyomasa landed a powerful body blow that pushed Takechimi back.

Takechimi realizes that he can’t win, and this guy is strong. The students cheer for Kiyomasa as he smashes Takechimi. The comment that Takechimi brags too much and has challenged a guy not to lay even a single scratch. Takemichi watches as he is getting beaten to a pulp. Sendou decided to step up as the student shouts for Kiyomasa to kill Takemichi. He took out his knife, but when he steps forward, the students stop cheering for Kiyozumi.

The students realize that this is no longer a fight, and they started to tell Takemichi to tap out. Takemichi continued to take the beatings and said he is not done yet. Kiyomasa is exhausted and wonders why Takemichi is not giving up. He has hit Takemichi will all martial arts techniques that he knows. He wonders what he should do with Takemichi and begins to push Takemichi back to end the fight. Takemichi continues to step forward, looking for a fight and revenge.

Sendou decided to wait while hiding his knife that he wants to use to stab Kiyomasa. He couldn’t stand and see his gang member getting thrashed. Takemichi comments that he wants to get revenge for everything that has been happening for the past twelve years. Makoto wonders what Takemichi is talking about, and Takemichi said he kept running for the past twelve years. He realizes that Naoto told him that he is the one who can save his sister Hinata. Hinata is Takemichi’s lover, who the members of the Majin Gang killed.

After putting his three-star knife inside his pocket, Sendou told Takemichi that they have seen how tough he is, he can now stop. Takemichi shouts that he cannot turn back, and there is a reason why he can’t turn back. He told Kiyomasa that if he wants to win this battle, he has to kill him. Takemichi comments to himself that he has to save Hina. Kiyomasa told his gang to bring his bat, and he wants o put Takemichi to sleep. Makoto and Kazushi realize that they have to stop this before Takemichi gets killed. 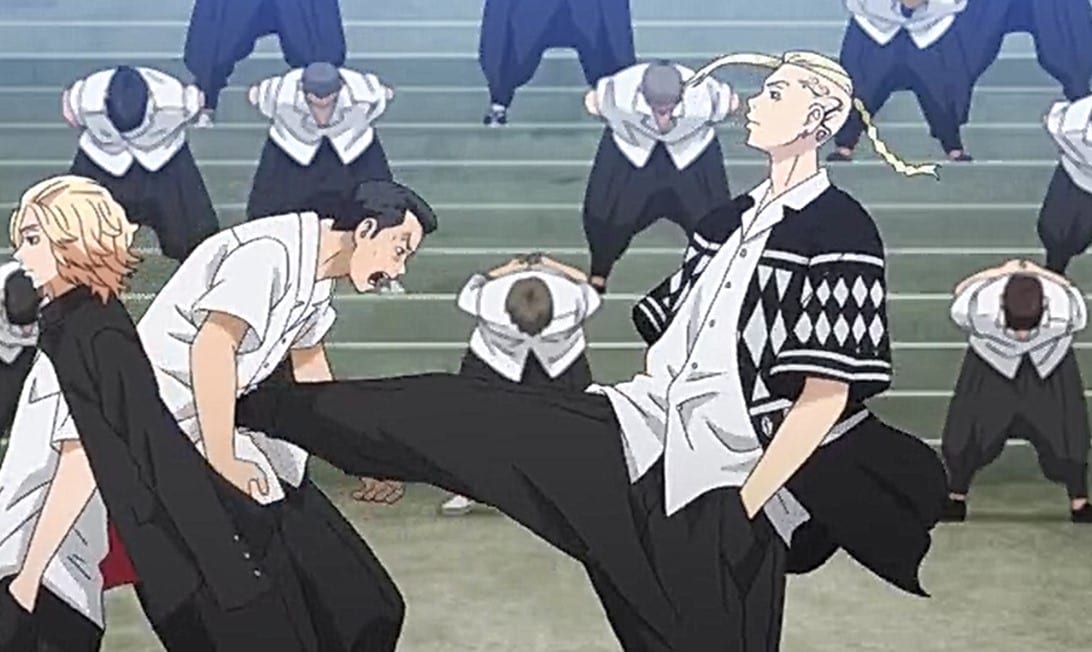 He is Ryuguji Ken A.KA Draken, and everyone bows their heads and great Ken. Takemichi and his friends wonder why they are doing that. Another guy steps forward, and Takemichi realizes that the guy is the head of the Tokyo Majin Gang Sano Manjiro. Kiyomasa is revealed to be Red as his gang name. Ken kicks Red for not bowing down to the king. He told him to get that far down when bowing to their commander. He asks him who died and made him a king.

Sano stepped forward and met with Takemichi, asking him if he is in middle school. He also told Takemichi that starting from today; he is now his friend. Red got punished by Ken for fighting with a skinny boy without his permission. Everyone felt pity for Red since he got pulverizes more than he did to Takemichi. That day Sano and the gang notice that Hina is in love with Takemichi. Takemichi decided to protect Hina since a gang will crush into a party to kill Hina.