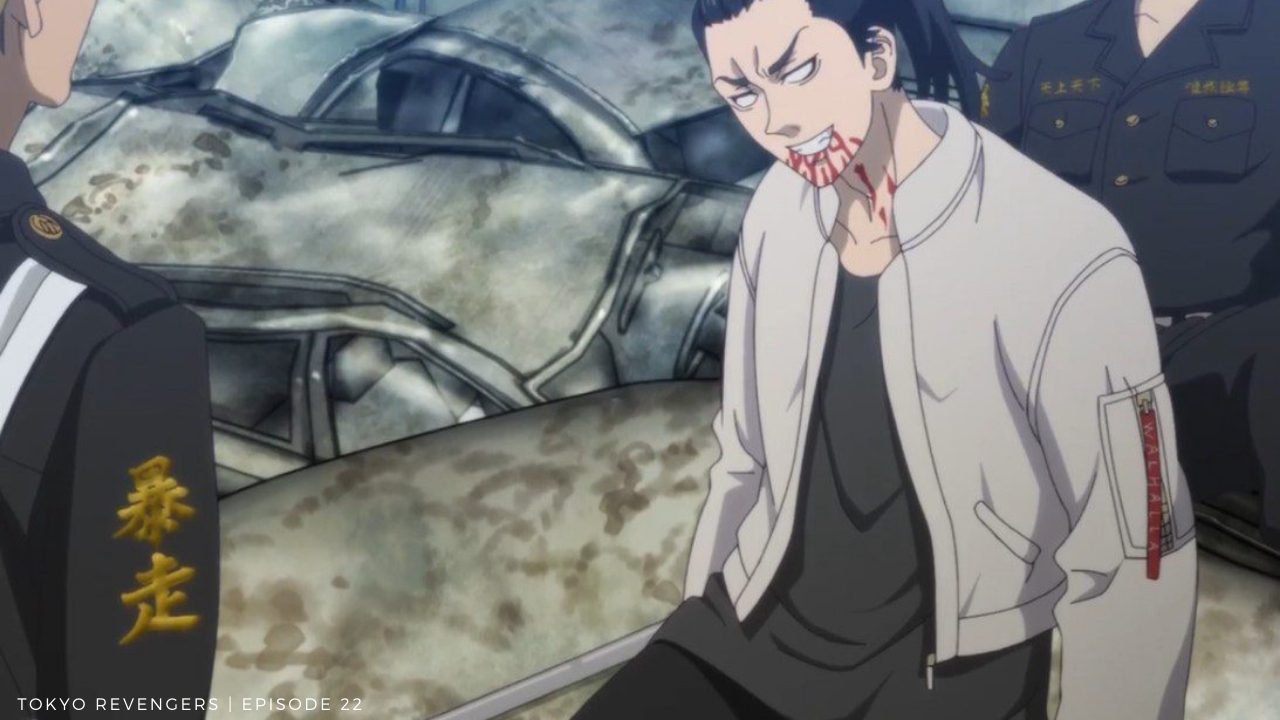 Tokyo Manji Gang vs. Valhalla begins with Tokyo Revengers Episode 22 with Takemichi and the likes of Baji trying to take down Kisaki Tetta. This will be released this coming weekend. Tokyo Rengers has been revealing the war between different Bikers Gangs ever since Takemichichi lost his beloved one. From the recent episode of  Tokyo Revengers, Baji defeated fifty men singlehandedly, but he fell on his knees when he was about to kill Kisaki Tetta. Kisaki smiled after realizing that Baji has failed to kill him. The blood begins pouring from his mouth, and he realizes that he has no stamina to take on Kisaki.

Baiji falls unconscious, and Takemichi wonders why. Chifuya notices that Baiji is on top of a pool of blood and wonders who stabbed him. Takemichi realizes that during the battle, Kazutora stabbed Baji, who said it is just a scratch. Takemichi realizes that it is a severe injury and wonders if Baji is out. The episode title is ”One and Only.”Takemichi recalls what Draken has told him, and if Baji dies, it is what Kissaki wanted. Kissaki comments that Kazutora is insane since he brought Baji into Valhalla to finish him.

Mikey gets up, and Kisaki confirms to Mikey that Kazutora is the culprit. Takemichi realizes that Kisaki is pulling all the strings and provoke Mikey to believe that Kazutora killed Baji. Mikey is furious and ready to go and said he waited until he got out of juvie to kill him. Every day Mikey thought about killing Kaztora. But the one who stopped Mikey was Baji, who is on the brink of death. Mikey steps forward and notices that Baji might be dead or he is already dead. 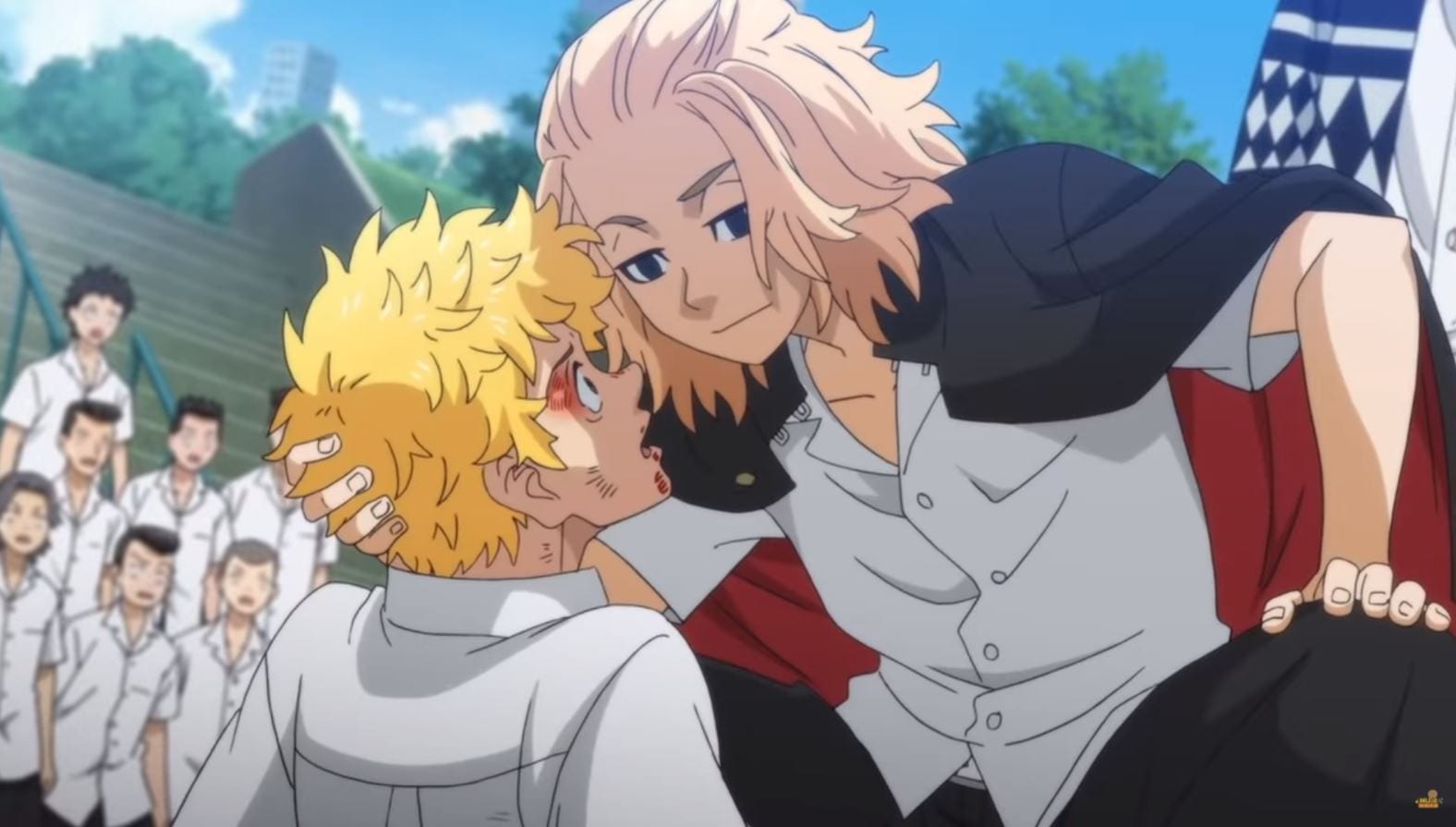 Mikey reveals what Baji told him since Kaztora wanted to make Mikey happy by getting him a new bike on his birthday. But things changed when Kaztora accidentally killed Mikey’s brother. Takemichi notices that Mikey is angry and no one can say anything to him. Mikey lands on the ground where Kaztora is on his knees. Even the Valhalla Gang moves back, noticing that if they block Mikey, they are dead. Everyone on the battlefield is trembling, and Dranken, too. Mikey told Draken that the fight is already over and Hanma is shocked. 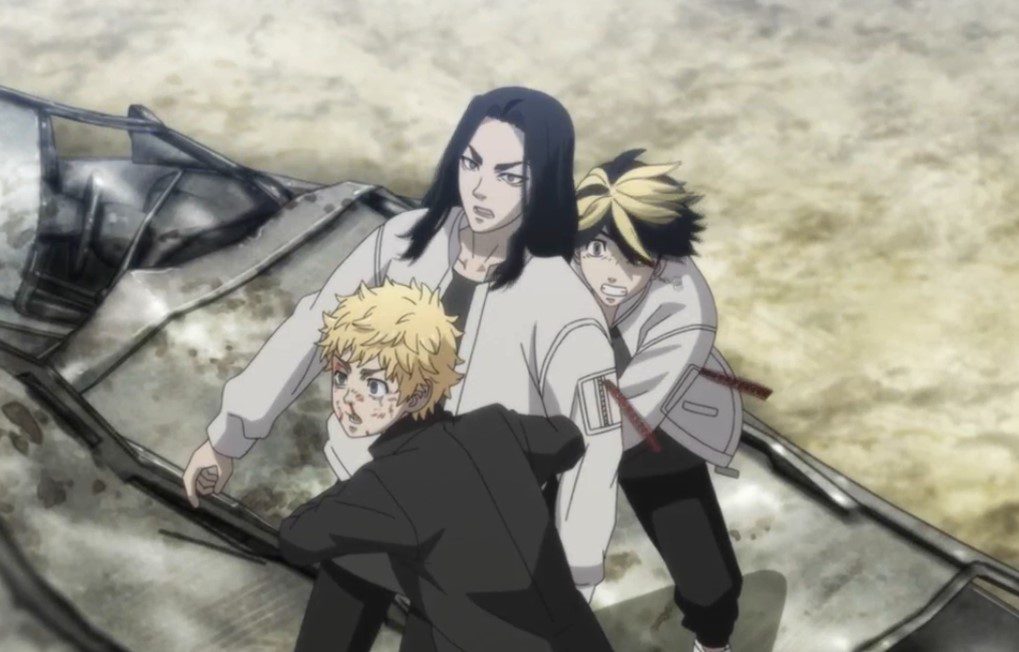 Hanma tries to act tough and asks Mikey who he is to decide that the war is over. Mikey landed a signature move kick that KO’d Hanma and said there it is over. The Valhalla Gang wonders if this is a trick since their pillar Hanma got KO’d with a single strike. One of the Valhalla Gang comments that this ”Dude is a Bad News, Run” and they both begin to run away. Kazutora comments that betray is human nature, and they can end this with one of them dying. Mikey landed a right hook that sends Kazutora to the ground. Takemichi notices that Kaztora has no match, and this is his end.

Mikey begins to kick Kazutora like a ball, and Kaz has nothing to respond with since he can’t land a single hit. Takemichi realizes that they are heading to the future that he is from. Before he died, he realizes that Hanma is the one who sells him and makes him stab Baji. Baji reveals that the 3rd Division captain is Pan, and Pah is the one and only. Takemichi decided to stop Mikey and Kaztora, but he paid by eating punches from Mikey. Takemichi explains Baji’s story, and the battle stopped. Mikey finds the truth behind Baji keeping Toman’s armband. The crew realizes Baji’s dream is to reunite Toman.

Tokyo Revengers-Episode 22 will be released on 5 September 2021, at 2:08 AM. Don’t miss the two remaining episodes of this anime on Sunday. The recent episode air online on Saturday.  Let’s look at the Tokyo Revengers’ latest official updates below.

Where To Watch Tokyo Revengers Episode 22

You can watch Tokyo Revengers Episode 22 online on Crunchyroll, Muse Asia, and ANIPLUS. Tokyo Revengers episodes have English subtitles on their streaming platforms. This anime updated its daily news online.