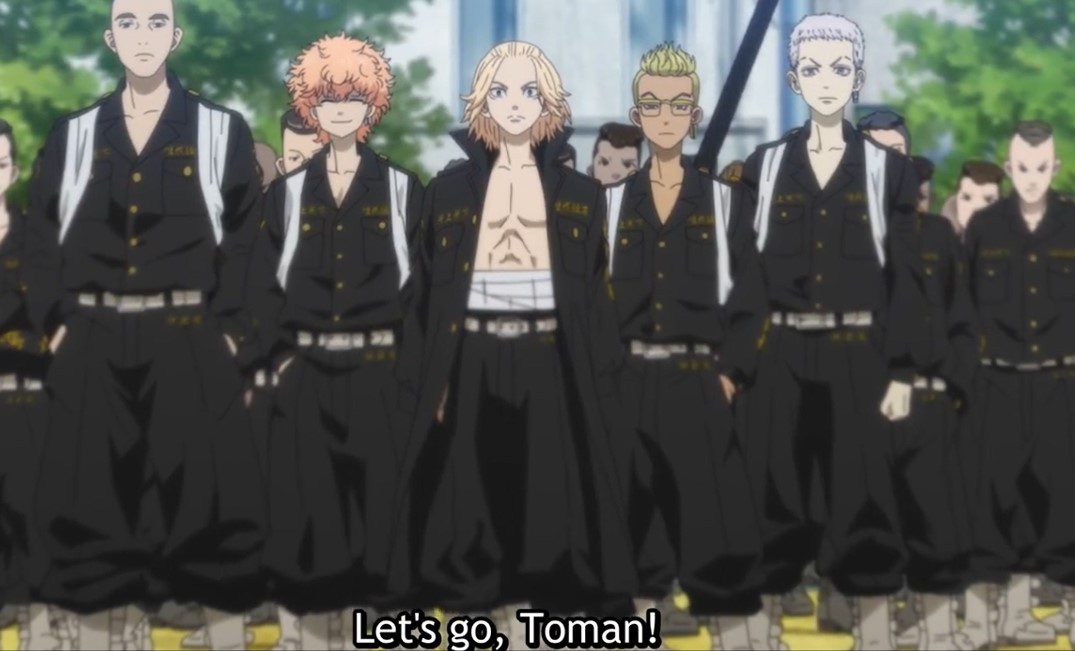 We will be looking at the upcoming release of Tokyo Revengers Episode 20. This anime will conclude its 24 episodes soon, don’t miss the final arc of the first 24 episodes. Mikey, the Captain of Tokyo Manji Gang, announces that they will crush Valhalla. The next day on 31 October 2005, the crew arrives at the battle. Valhalla vs. Tokyo Manji Gang is underway; Draken announces his conditions that they will get back Baji. Kazutora gets furious hearing that and punched the guy overseeing the fight and comments that they are here to beat each other.

Mikey saw that and shouts, ”Let’s go, Toman.”Toman: Tokyo Manji Gang vs. Valhalla has begun with the exchange of barrages. Hanma is glad and shouts that it is time to crush Toman. Toman begins with an upper hand hammering the Valhalla members with massives punches. Takemichi is trying to search for Baji and wonder why he can’t see him. Chifuya landed a flying knee and knocked out the Valhalla guy. A punk from Valhalla noticed Takemichi and landed a massive blow; the guy picked up Takemichi and slammed him to the ground.

Kazutora makes his way to Mikey, who is watching how his boys are advancing. Kazutora shouts that he has found Mikey, and it is time for Mikey to die. He tried to land a powerful body blow, but Draken blocked that blow and told Kazutora not to lay a finger on Mikey. Hanma, AKA Punishment, arrives, kicks Draken away from the two, and tells Draken to face him. Hanma told Kazutora not to disappoint him since now he will have a one-on-one with Mikey.

The episode title: ”Turn-Around.”  He looks at Dranken and comments that the Vice Captain must entertain him. Draken remarks that he is thrilled that he can’t remember the last time he got to go all out. Kazutora told Mikey that he has been waiting for this day, and Mikey replies that he won’t hold back. Takenmichi survives those strikes and manages to get up and saw that Mikey vs. Kazutora is about to begin. That punk pulls Takemichi with his coat and reminds him to pay attention.

The punk enjoys beating Takemichi, who goes to a 100% defense. Fortunately, the punk got knocked out with a single kick. Takemichi wonders who kicked that punk and saw a hand in front of him; Takemichi realizes that Mitsuya KO’d that guy and thank him. Mitsuya scolds Takemichi for not fighting and why he came here since he can’t throw a single punch. 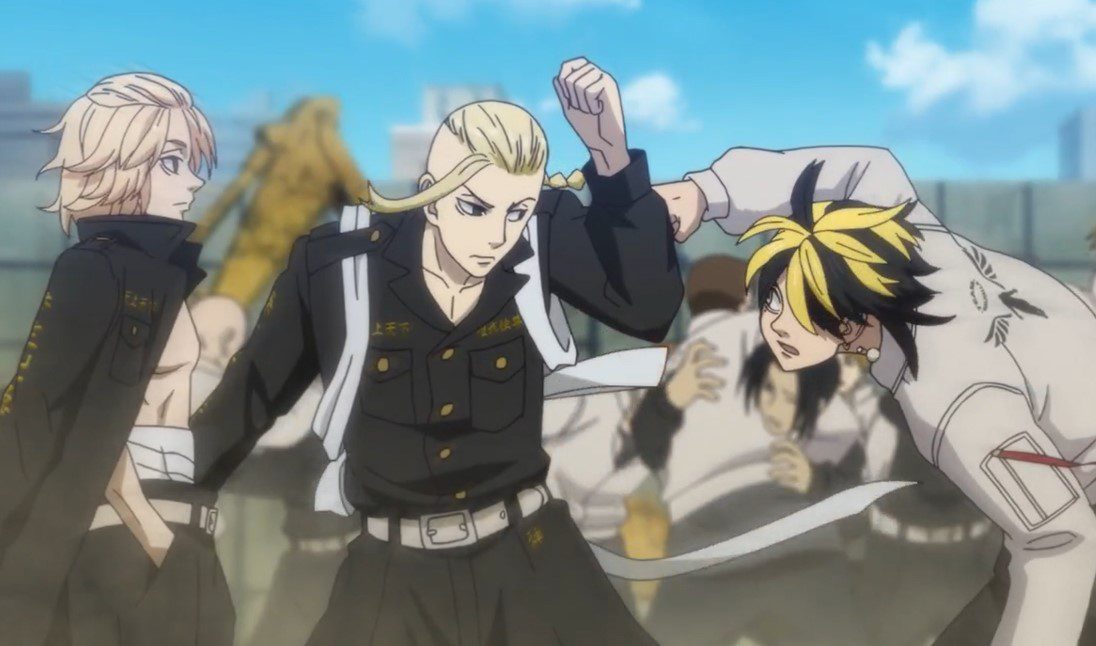 The battle became intense from both sides, and Hanma vs. Draken begins. Draken fights with rage since he is worried about Mikey and begins to punish Hanma. Hanma’s men interfere, but they got pulverized, and Mitsuya realizes that Toman has 150 vs. 300 Valhalla. Valhalla turns the tides, and Toman keeps on falling, and Draken faces more than four guys. Takemichi brings back the groove of Toman, and the battle returns to 50/50.

Toman guys notice that Draken is sweeping them and realizes that he hists like a truck. Mikey vs. Three begins as he tries to get Kazutora. Mikey’s leg got pinned, and his arms and Kazutora begin to punish him. Takemichi notices that it is not fair since Mikey can’t use his hands. Valhalla is confident that Mikey got defeated, but Mikey got back and realized Kazutora killed his brother. Mikey pulled out his signature kick and sent Kazutora flying along with the man, grabbing his leg.

Tokyo Revengers-Episode 20 will be released on Sunday, 22 August 2021, at 2:08 AM. The new episode will be available every Sunday. You can get the episode late on Saturday if you are not in Japan. This season of Tokyo Revengers is about to conclude with four episodes left. Let’s look at the Tokyo Revengers preview below.

Where To Watch Tokyo Revengers Episode 20?