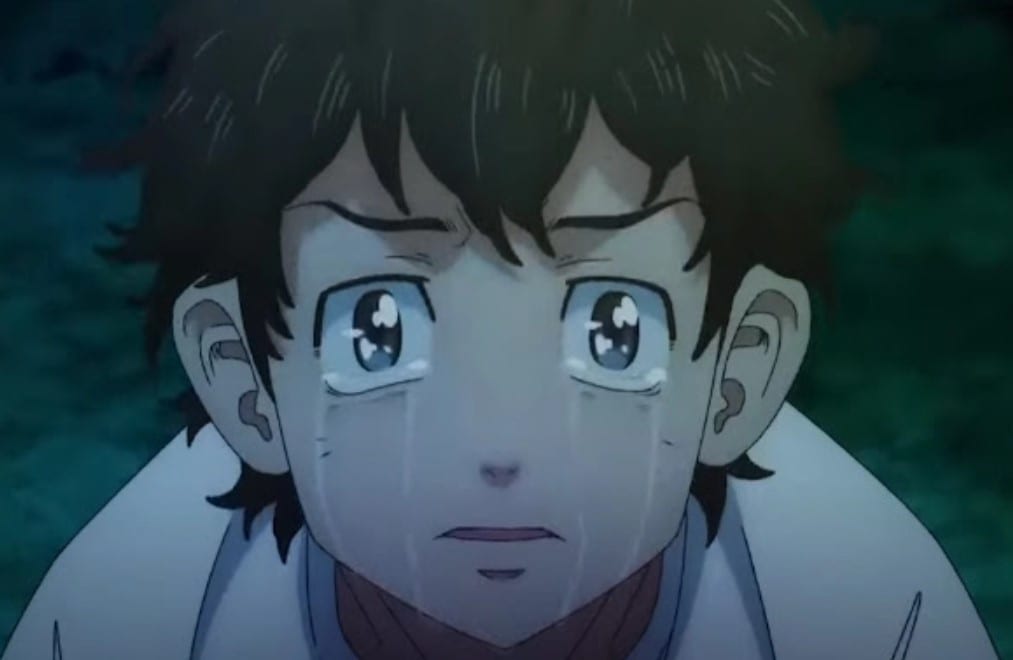 The brawl between the Tokyo Manji Gang and the Biker Gang has come to an end. Takemichi has made a name for himself, and the street boys comment that he beat a gang of six single-handedly. After the war, Draken got admitted to the hospital; fortunately, he survived. The Tokyo Manji Gang celebrates that Druken is alive, but the Punishment, aka Hanma, left Mikey with a message that he will make their life a living hell. Tokyo Revengers has entered another era when Takemichi has to decide if revisit the past.

After completing the mission in the past, Takemichi returned to the real world, and Naoto calls Takemichi telling him about visiting Hinata. Takemichi got shocked that they have to revisit the past. The episode begins when Takemichi has already finished school and heading somewhere to meet with his friends. Akkun is surprised to see his friend crying by the window. Takemichi enters the building, and Akkun (Atsushi Sendou) told him that he would start working as a barber next month. Takemichi realizes that he has changed the present sheds tears of joy that he saved everyone.

Suddenly Takemichi received a call from an unknown number and wonders who is calling him. The guy comments that Takemichi has made and returned from the past, and Takemichi realizes that it is Naoto. Naoto comments that ‘Let’s see my sister,” and he thought that he was talking about the past, but he realizes that Hinata is living in this era since she didn’t die in the other world. Takemichi recalls when the reporters revealed that the escalating dispute between the Tokyo Manji Gang had claimed innocent victims. Six got injured in the incident, and one got sent to the hospital.

The reporters continue to reveal that Tachibana’s older sister Hinata died at the age of 26. Takemichi realizes that he could only watch tv, but he has done a great job by preventing Hinata’s death. Naoto and Takemichi travel together in this new era heading to visit Hinata. Naota reveals he did some researches, and the incidents with his sister have never happened. The two tease each other on their way, and Naoto comments that he can’t believe a guy like Takemichi stood up and fighting with Kiyomasa’s gang.

The two arrives at the location and Naoto surprise Takemichi by revealing that Hina is an adult after the two broke up twelve years ago. Hinata is the teacher who teaches grade school. Takemichi thinks that when he arrives, Hinata will hug him and told him that she missed him. Naoto will comment that you two should get a room, and Takemichi will be like Naoto is watching. The old memories trigger when the two break up, and it was like the end of the world since no one knows the reason.

When they reach the door, Takemichi shocks Naoto by saying that he will not see Hina since she is not aware that he saved her. He feels like he means nothing in Hina’s life after the two broke up. Naoto watches Takemichi as he returns to the car. Takemichi realizes that twelve years is too much and a girl can’t remember a guy like him after such a long time. He stops and hits the wall that he worked hard, and nothing has changed. Takemichi broke down into tears and comments that he is still a 26-year-old virgin working a part-time job. 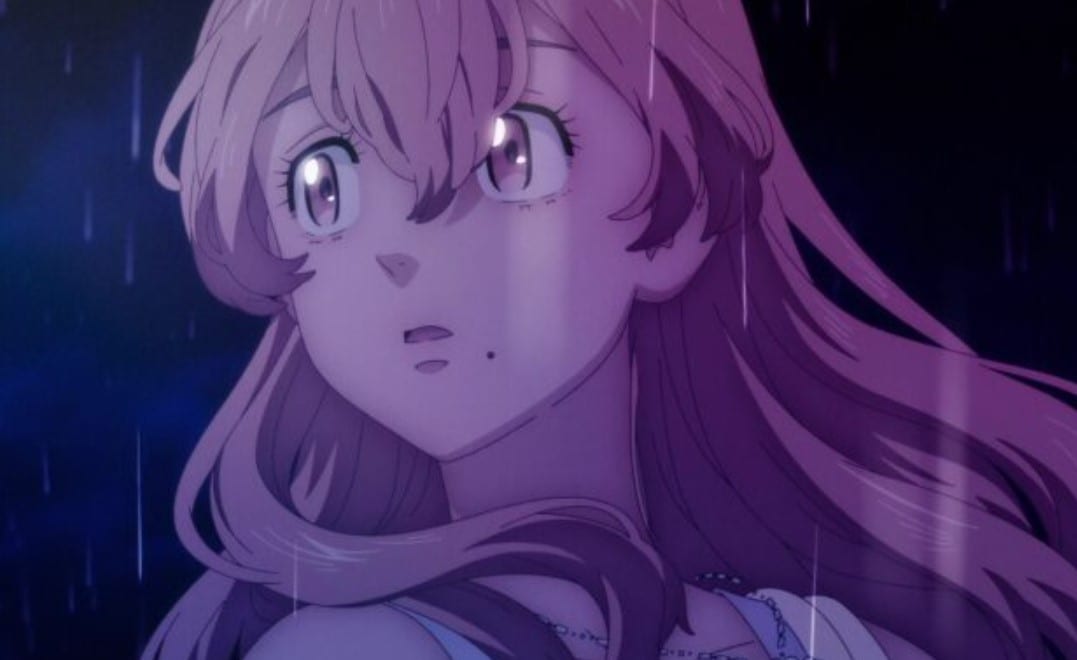 Takemichi gathers himself, breathes deeply, and thinks that he is a failure no matter how he travels. Surprisingly, he bumps with Hina, who calls him Takemichi-kun, and realizes that she is in front of him. Takemichi cried in front of her, and she comments that Takemichi always shows out of the blue. They both head inside the house, and Naoto watches the two who are shy at each other. Takemichi comments that today is great weather. Naoto didn’t break the boys’ code and replied that it is cloudy.

Naoto got tired of the two and told them to talk to each other and decided to leave the two alone. Takemichi said that if Naoto goes, his heart will pop out of his chest. Takemichi notices that Hinata is still wearing the necklace that he gave to her. The trio went on a drive, but Naoto got surprised when the two started to whistles looking outside by the window. Naoto got a call from work and left the two to settle their scores as adults. Later Takemichi finds that Hina still loves him and he has been waiting for him.

Takemichi met with Punishment and recognized him by a tattoo on his hand. Hanma left after saying this guy is not inside the car, and Takemichi wonder what would have happened to Hina. When he arrived, he finds Akkun running over Hina with a jeep and asks Takemichi why he is not inside the car. Akkun reveals that he is one of Kisaki’s soldiers. He is also injured and said that everyone in Toman has to obey Kisaki. Akkun told Takemichi to save everyone since he is their crybaby hero. Takemichi finds that Hina has lost her legs and told her that he will always love her, but the car explodes, and only Takemichi is alive. So when will fans see Tokyo Revengers Episode 13?