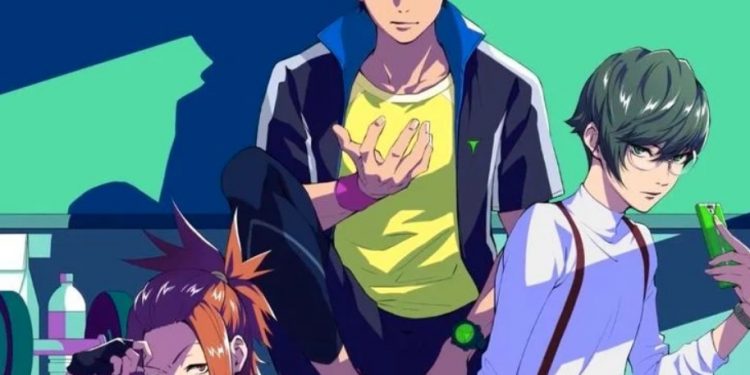 Tokyo 24th Ward Episode 2 reveals a hero trying to save his friends. The far east of Tokyo Bay is known as 24th Ward; there is an island that the Allies ruled over after the war. But the island became the most dangerous red-light district in Asia. After 20 years, the island was handed back to Japan, hoping to restore peace. Tokyo 24th Ward reveals the mystery behind Tokyo Bay. In the recent episode of Tokyo 24th Ward, the 24th Ward became part of Tokyo, but an incident that destroyed the island happened and changed everything.

The boys panic after realizing that Asumi attempts to rescue Kozue, still inside the burning building. The girl with Shuta told him she told Asumi to wait for him, but Asumi couldn’t do that since Kozue was in danger. Shuta asks Koki if the firefighter has arrived. Koki tried to reach for help and told Shuta that he was not reaching. Sakuragi thinks that the firefighters are partying since they take longer to arrive. Shuta asks Sakuragi the time Asumi went in to save Kozue. The girl told Shuta that it had been three minutes, and Shuta believed that he could save Kozue.

Sakuragi told Shuta not to get carried away since they discovered the Asumia’s location. He knows that if they search recklessly, one of them might end up missing. Koki scolds the guys talking with him via phone call and asks about the coast guard. He reminded them about bringing the water spray quickly. Shuta climbed the fence and decided to search for Asumi and Kozue. Sakuragi realizes that he warned Shu, who didn’t listen, and Koki wonders what that idiot was doing.

Koki blocks Shuta’s path and reminds him that the building is still on fire. Sakuragi told the two to relax since he had sent something and scanned the thermo-sensor, but Shuta realized that it would take time and knock them out. He decided to enter the building and told the others that they couldn’t waste time. Mari wanted to help, and Shuta asked her if she was sure. Mari told him that she wouldn’t stop him and he must save Asumi and Kozue. She decided to take care of the small girls since they were scared.

Shuta wears a helmet and tells Mari that he is the hero. He breaks the door and calls out Kozue and Asumi’s names. Shuta shouts that Mr.24 has arrived to save them. He wonders why no one is replying. Kozue heard Shu and tried to call him, but her voice was low due to the smoke that hurt her throat. Kozue was inside the pit, trying to wave for help. Fortunately, Shu noticed that and round toward her. The building begins to collapse, and Shuta gets hurt, but he doesn’t give up on her. Kozue told Shu that Asumi tried to shield her, pointing at her.

Shuta notice that Asumi is severely injured and wonders if she will die. He failed to save Asumi but protect Kozue. Shuta realizes that he failed to become a hero. Three days before that incident, Shuta had a vision and realized that he had to prevent that from happening. He wakes up, realizing that nothing has happened. Shuta receives calls from his friends. They called him to come to the memorial mass, and his mother, Hikari, helped him get ready.

Tokyo 24th Ward Episode 2 will be released on 13 January 2022. Ran talks with a girl about the intel from Kunai. Ran promised the girl that he would never get arrested since he had hacking skills. But he dislikes the Gori Suido’s policies. Shuta head out and save Sakuragi from being hit by a train. He recalls what happened when Asumi died and was motivated to continue being a hero. Let’s look at Tokyo 24th Ward Episode 2 preview and official details.

Also Read: My Dress-Up Darling Episode 1: What To Expect?.

Does Mordecai End up with Margret? The Love Story Of The Characters Of Regular Show!