To Your Eternity Anime Adaptation: Everything We Know So Far 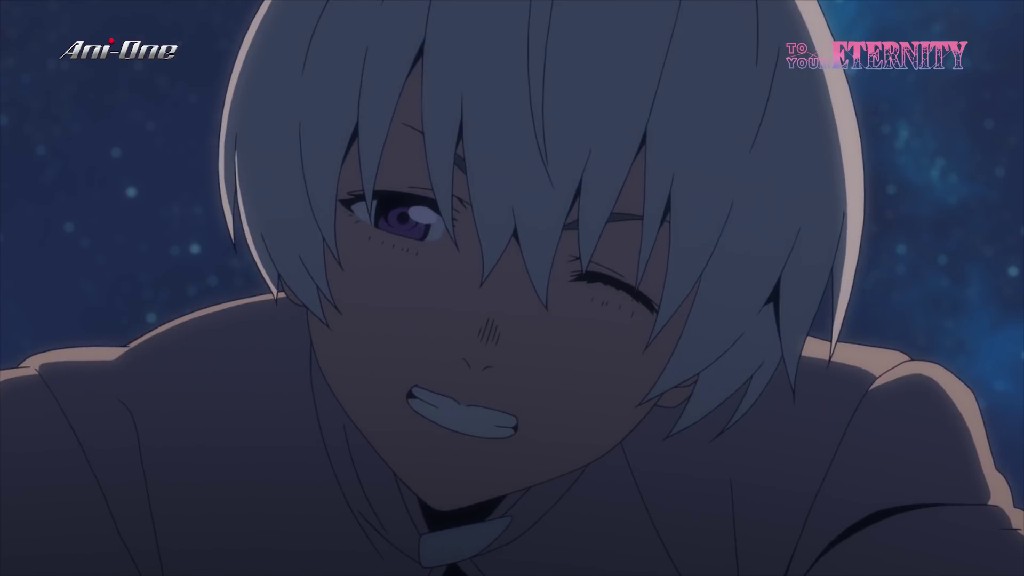 Still From The Latest Official Trailer Of To Your Eternity (Credits: Ani-One Asia)

To Your Eternity is one of the newest mangas to receive an anime adaptation. Originally scheduled to drop in October of 2020, the series faced several delays. Especially due to the pandemic. Anyway, a new trailer released on Monday brought in some great news. It announced that the anime is all scheduled to arrive in the April of 2021. Yoshitoki Ōima is the writer and illustrator for the original manga of To Your Eternity. It’s been appearing in Weekly Shōnen Magazine since November of 2016. All the individual chapters contain compiles of fourteen volumes published by Kodansha. Now the series comes from the production house of Brain’s Base and tells the story of an immortal lonely being stuck on earth.

To Your Eternity will tell the story of an abandoned immortal. An extra-ordinary being capable of transforming into anything around him that affects him deeply. He survives the strange planet traveling and facing off against plant-looking creatures. The ones looking to steal his powers as he looks for his origins and the place he likes to call home. So with no further adieu, let’s take a look at the release date of To Your Eternity and what is its story about.

To Your Eternity Anime Release Date

To Your Eternity is releasing on April 12, 2021, consisting of a total of 20 episodes as of now. The official website of To Your Eternity started the streaming new trailer for To Your Eternity. Soon, an announcement of  MediaLink Entertainment Limited’s Ani-One YouTube Channel from Hongkong arrived telling the release of the series. It will be available to stream on Crunchyroll soon. Ani-One Asia is currently streaming a subbed version of the trailer. Let’s dive deep into the trailer as well as the plot of the anime to know more.

To Your Eternity Plot And Trailer

The original plot of To Your Eternity tells the story of Fushi. He is an immortal being coming from the polar regions of the world. He is sent to earth with no emotions or identity. Fushi has the ability to transform into people around him. Especially the ones who leave a deeper impact on him. Fushi starts off with various forms. These include a white orb, then a rock, and a wolf. Until he meets a boy who leaves a great impact on him. Thus, throughout the series, he uses this form as he learns newer things and acquires more special abilities.

Fushi travels the planet battling the Knockers. Plant-like beings who can steal his abilities to transform. Only until he comes across a mysterious black-hooded figure who is stronger than Fushi. The black-hooded figure claims he is Fushi’s creator. Now the question remains, will Fuishi figure who and where he is from?

The trailer of To Your Eternity introduces us to the central character of Fushi. He witnesses how lonely he is far away from his home. Until he steps outside and meets a number of people who are set to inspire in his journey. The trailer also hints Fushi is from the polar region of the world. He is deserted after his tribesmen left him looking for a better place. Check out the official trailer for To Your Eternity released Ani-One Asia below.

Also Read: Best Anime Movies To Watch In 2021 – Still Relevant After Many Years

The Cast And More About To Your Eternity

Only a few names for the cast of To Your Eternity are announced. Starting off with Reiji Kawashima. He leads the series voicing Fushi. Reji is joined by Rie Hikisaka as March,  Aya Uchida as Parona and Rikako Aikawa as Pioran. Also joining the series are Mitsuki Saiga voicing Hayase and Kenjiro Tsuda voicing The Beholder.

Masahiko Murata, known for directing Naruto Shipudden joins hands with Brain Base. He has lent his directing services for To Your Eternity as well. Furthermore, Shinzō Fujita known for Tensei Devil Children and Duel Masters Cross is taking care of the scripts. Koji Yabuno, also known for Naruto Shippūden and Blood Prison serves as the character designer for To Your Eternity. . Ryo Kawasaki known for his work in Muhyo & Roji’s Bureau of Supernatural Investigation is joining to lend music to the series with Takeshi Takadera directing the sound. The trailer as well as the series opens up with “PINK BLOOD” by Hikaru Utada. On the other hand, the ending song “Mediator” is arranged by Masashi Hamauzu

Also Read: Anime Series To Watch If You Love The Fantasy Genre