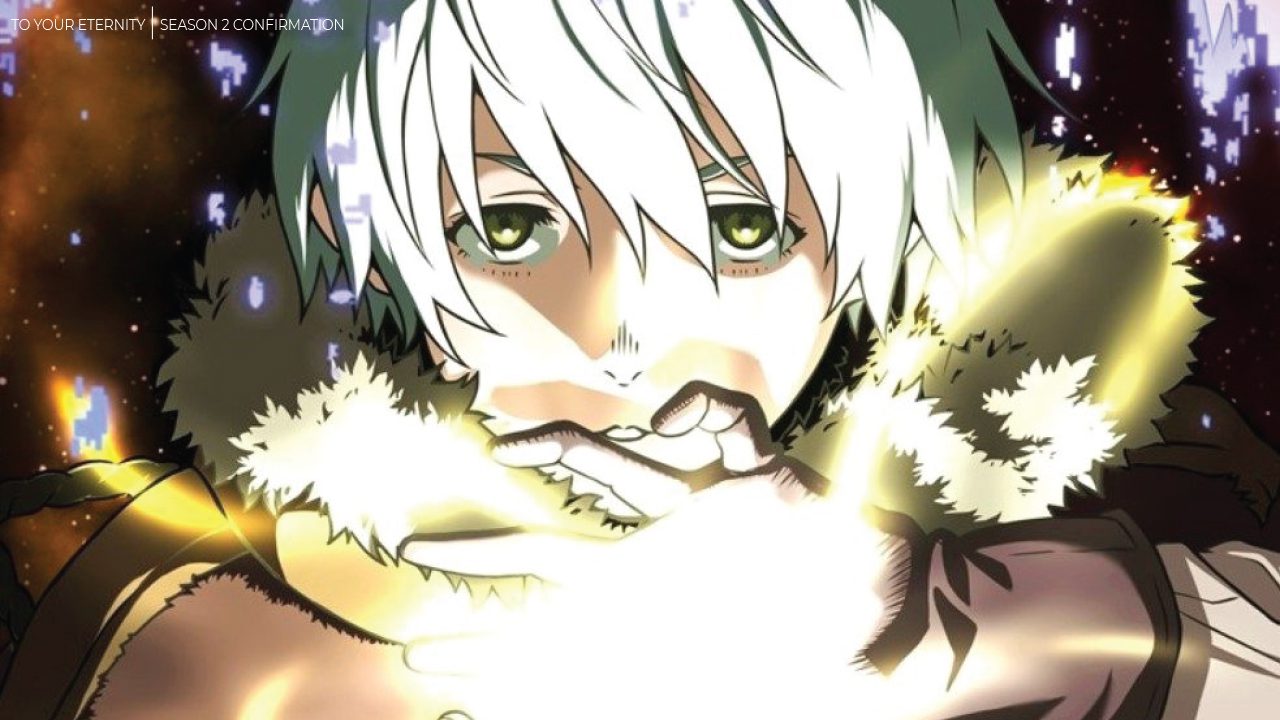 Today is a glorious day for To Your Eternity fans. Whilst Episode 20 was released, marking season one’s finale, a new announcement officially revealed details of Season 2! “To Your Eternity” is an adapted, newly released anime (April 12, 2021) following Yoshitoki Ōima’s “Fumetsu no Anata e”. The anime follows the adventure of an unknown, unnamed entity resembling an orb. This orb is cast onto Earth for secretive reasons. As the series progresses, said orb transforms into objects stimulating it. In the first episode, the orb turns into a rock and is stationary until a wandering, injured wolf collapses on it. Therefore, after the wolf perished, the orb transformed into the wolf and replicated its form.

The creator of this orb described it best: “In the beginning, it was an orb. Not just any orb. It was an orb that captured the reflections of many things and changed in response. I decided to cast the orb unto the Earth and observe it.” Thus began the journey of this orb.

As the series progresses, the orb garners various new forms, controls them at will, becomes known as “Fushi,” and slowly learns human behavior. Therefore, Fushi embarked on a path mastering verbal and written communication, self-care, and the ability to defend and possibly protect others around him. Throughout his journey, Fushi has unforgettable interactions with the people around him and is influenced by their experience and wisdom. Along his path, he encounters friends and foes alike. As his powers become more and more known, certain parties have goals for Fushi regardless of his own interests. On the other hand, Fushi becomes stronger and wiser regarding how he operates in the world.

To Your Eternity Season 2 Premiere

To Your Eternity is a remarkably unique anime. It will tug your heartstrings and offer an exclusive character base as Fushi wanders the world. Because of this, the anime is one I recommend to all of my viewers. To add the cherry on top, as mentioned previously, released details of season 2 are publicly available. According to NHK’s official Twitter announcement, Season 2 will premiere in the Fall of 2022. Not only this, but their announcement contained an unreleased image. Furthermore, with season 2 we should expect lead voice actor Reiji Kawashima to return with more Fushi dialogue. The majority of the remaining cast has not been publicly released. 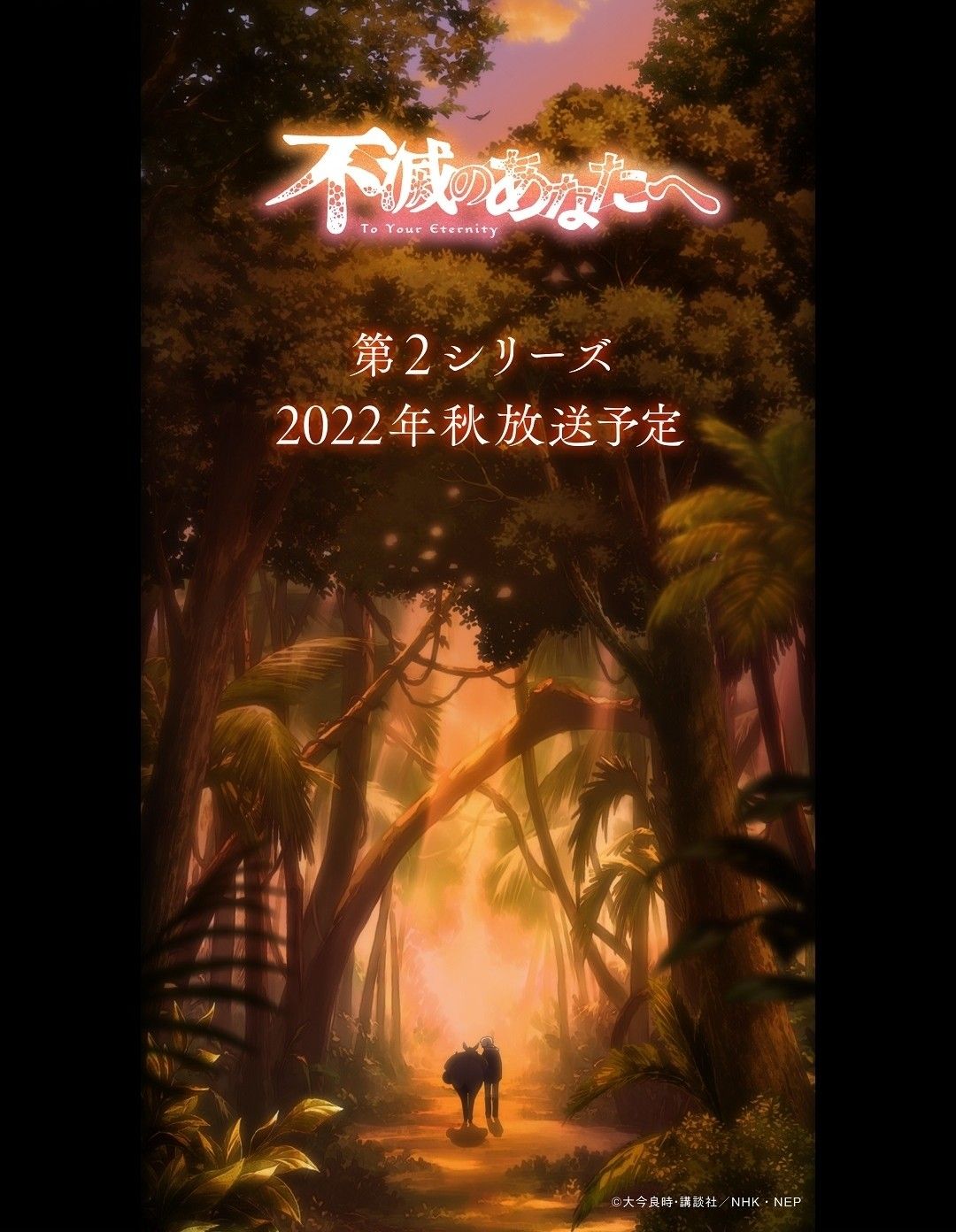 The official announcement of To Your Eternity Season 2

Where does Season 2 begin?

As of the writing of this article, To Your Eternity currently has a total of 12 volumes and 116 chapters. Season 1 finished volume 6, chapter 54. This means there are still 6 volumes remaining with a staggering 62 chapters. The upcoming arc, “The Guardian Arc,” will follow suit. Without disclosing too many spoilers, the series will continue with an older version of Fushi. How has he changed since season 1? Is his personality the same or has he grown with new experiences? Will negative forces influence him or will he continue yearning for socialization? For now, this is all a mystery until presumably October, but if you are too impatient with waiting then I would suggest picking up the Manga.