We all are going around the rumors of To Your Eternity getting a Season 2, but none of us was sure about it. But not anymore. We got are proof that the series is going to come back along with the release date. Initially, it was announced in the year 2021 that the series is going to come back as a fall anime series of the year 2022. However, it didn’t give as much hope because since then, we didn’t get to hear anything about this matter. But finally, the creator has decided to give us a view into the upcoming season that has proven to be relaxing for most fans as now they are sure when to get their schedules free for the series.

As the series began with the adventure of a young boy and gave us an experience to a simply unique plot, the conclusion of the Season 1 made many fans whine over it. They were highly demanding to get it renewed as they are not over with it. On the other hand, one of the things that made a comeback obvious is that the series got a lot many things that are still needed to be adapted into an anime series. So, finally, here we are announcing the release date of “To Your Eternity Season 2,” according to the official sources. Make sure you stick till the very end to know everything.

About To Your Eternity

To Your Eternity is a Japanese manga series also known as Fumetsu no Anata e. The manga belonged to the fantasy genre and was published by Kodansha Publications. The publication company is one of the leading companies in Japan. It is also known for its manga publications of series Sailor Moon, Vinland Saga, Attack on Titan, Rent-A-Girlfriend, Edens Zero, and many other popular manga series. The manga was written by author Yoshitoki Oima. Other than To you Eternity, he is also known for his work on “A Silent Voice”. The series began to serialize in Kodansha’s Weekly Shonen Magazine on 9th November 2016. The manga contains 16 tankobon volumes and is still going to produce more.

As for the anime adaption of the manga, it was produced by Brain’s Base Studio, which is famous for its other anime series like Baccano!, Natsume’s Book of Friends, Spice, and Wolf, Durarara, and many other series. The series was directed by Masahiko Murata, who previously worked as animation director in Naruto, Kami no Tou, Baby Steps, and many other series. The screenplay of the anime was written by Shinzo Fujita, and the music of the anime was given by Ryo Kawasaki. The series was licensed by Crunchyroll to broadcast all over the world. It hit the television and online streaming websites on 12th April 2021. Season 1 of the series ended with 20 episodes in total, and now we got fresh news regarding the release of Season 2.

To Your Eternity Plot

The plot of the series is very interesting because it goes around the life of a featureless white orb. The orb was created by a being that didn’t belong to the earth, and later, he named it Fushi. When sent to earth, we took the form of a rock that later reformed itself into an arctic wolf. Fushi then meets a young boy who mistakes it for his pet wolf Joaan. The boy died as he got an infected wound, and this gave Fushi a chance to get reformed as that boy. As Fushi moved ahead with his earthly life, he traveled south to Ninannah and met March. March was chosen as a large sacrifice to a huge white bear named Oniguma. Fushi learned to speak and ways to use his hands from March. In exchange, Fushi defeats Oniguma along with March, Parona, and Pioran were taken as prisoners by Hayase.

Later, as they had to find a way to get out of prison, they escaped jail. However, in the midst of their struggle to escape, March dies as she sacrificed herself to save Parona. On the other hand, Fushi got to know that Hayase got herself obsessed with Fushi as she is trying every way to keep him for herself. To prevent this, Fushi parted his ways with Parona and left Ninannah to keep his distance from Hayase. The series continues to progress as Fushi lives his human life full of struggle running from the creepy obsessed person Hayase.

Also Read: Upcoming Isekai Anime in 2022 That You Should Look Forward To

Previously on To Your Eternity Season 1

The Season 1 of the series “To Your Eternity” ended with 20 episodes in total on 30th August 2021. The last episode of released on the same date and was titled “Echoes Transcription”. As Fushi returned back to civilizations after once again escaping from Hayase, he decided to stay along Pioran. He knew it very well that his presence might prove to be dangerous for the old lady as she had to suffer from pain and would eventually die. Fushi rejoins her even though getting a warning from Beholder that she is nearing death because of her old age. This fact was something that Fushi didn’t understand and kept caring for Pioran. Due to aging, she got dementia and suffered from irrational mood swings that caused a lot of confusion to Fushi.

One day, they both were visited by a guest who at first seemed to be so kind-hearted but later was revealed as Hayase. Later, Fushi realized that Hayase was merged with Nokker, who she later let escape. As Pioran was taking her last breath, she requested Beholder to reincarnate her into something or someone who would help Fushi on his ever-lasting journey. As she was sent to heaven, Beholder took hold of her vital essence as he changed her into an orb similar to that of Fushi’s. Fushi founded Pioran’s head body and mourned for his companion and a friend that stayed with him this long. As the last episode progressed there, we got to see a time skip of several decades. The episode ended with a middle-aged Fushi who was laughing like a maniac as he overpowered a Nokker.

To Your Eternity Season 2 Announced

As soon as To Your Eternity season 1 concluded, fans started to search for news that confirmed the comeback of the series with a season 2. The first announcement regarding the release of Season 2 was made somewhere in September or October 2021. However, according to that news, it was only revealed that it would come back with a season 2 as a fall anime of the year 2022. But now, as we have entered the year, along with many other anime announcements, the creator decided to reveal the release date of To Your Eternity Season 2. Indeed, the season ended on a cliffhanger that let the fans run their creativity and come to an outcome that why was Fushi laughing like a manic after killing someone. What things made him change this much that he is not cherishing someone’s death?

All these questions will be answered soon when the series will drops in October 2022. The exact date is still held discreet, but the creator took care to test all of our patients as they also released a visual teaser along with this announcement. The visuals of the new season are insanely good as they somewhat remained the same and perfectly maintained the originality of the previous season.

To Your Eternity Season 2 Speculations

According to our speculations and the screen of Season 1, To Your Eternity has been reported to have 16 Volumes in total with 146 Chapters. The Season 1 of the series ended with 20 episodes which covered the first six volumes of the manga, which are 54 chapters, to be specific. This concludes that the upcoming season 2 will become the anime adaption of the next six volumes of the manga which means 62 chapters.

The new season is going to come with the new arc named “The Guardian Arc”. As of now, we can only predict that the new season will begin with the old Fushi and will show us the journey he took as he reached his middle age. How will the negative forces affect him? Will he get changed into someone new? Or will this immortal orb still yearn for socializing? A lot many things will get clear only when the creator drops the very first episode of Season 2 this October. 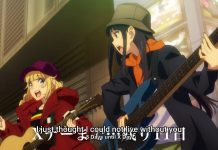 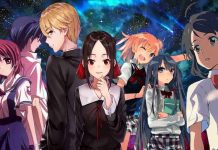 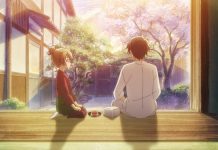