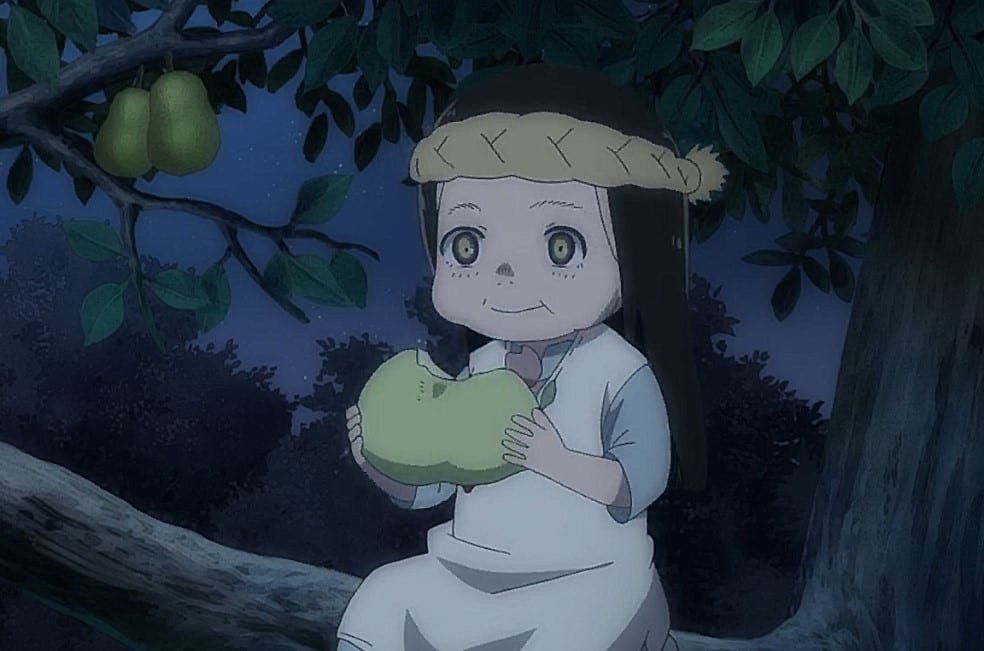 Fushi and the crew have escaped from the Yanome prison. On their way, they encountered a difficult situation. March died after using her body as a shield trying to protect Parona. That became the second human that Fushi witnessed dying, and March became a source of new stimulation. The human characters begin developing within Fushi’s body. Parona met with March’s parents and told them the truth about March. Fushi set off on a journey in his old form as a snow wolf.

In the morning, Fushi is walking through the forest seeking a new form of simulation. He spent most of his time in the snow wolf form. In his snow wolf form, the instincts helped him choose his next destination by using his smell. But he decided not to take the bears’ form. In his form, he felt pain since the girl that he first met and considered her as mother died during their travel. Sometimes Fushi turns back to his human form as a boy. He has few reasons to turn into his human boy form.

Previously on To Your Eternity Episode 6

The episode is titled Our Goals. Fushi misses March, but he changes into March’s form to eat food that he always enjoys with March when he passed by the forest. In March’s form, he enjoys climbing fruit trees with ease. When he is eating fruits, he came across a familiar scent. He heard to that direction and met with an old lady that knows March. The old lady got shocked that March is alive. She is not aware that it is Fushi possessing March’s body. The old lady asks,” You’re alive,” and March looks at her.

She scolds her why March is doing this to her since she spent three days and night without eating. March enters the carriage, and she couldn’t answer any of the old lady’s questions. The old lady realizes that Parona and that monster Fushi they were with March. She wonders what has happened to them, and she asks March to talk with her. March stands in front of the mark of her blood where he dies. She transforms back into Fushi’s form, and the old lady realizes that it is no March; it is Fushi. 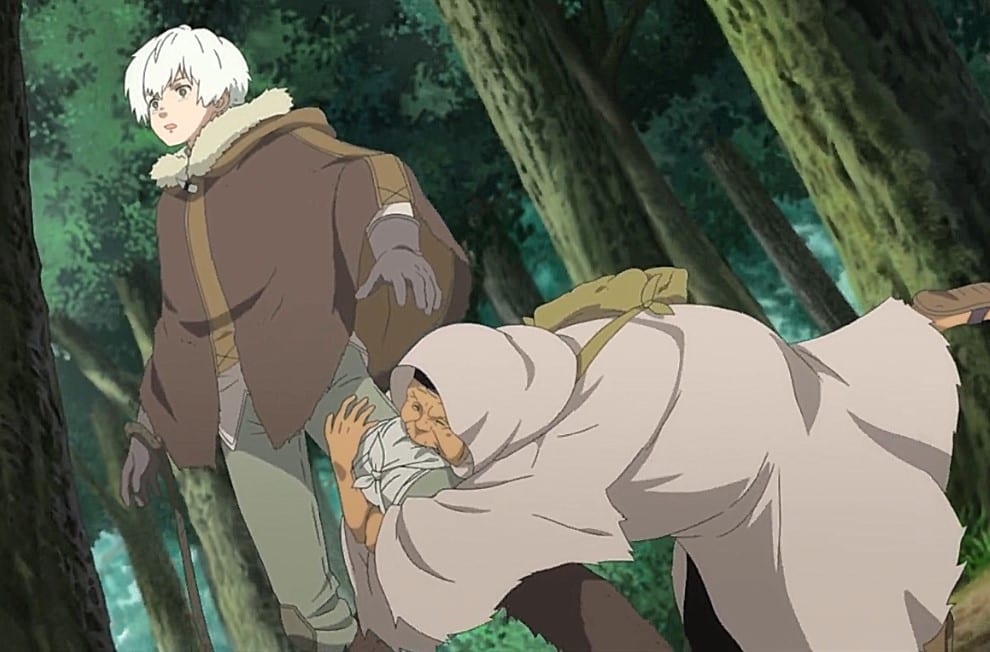 The lady comments that no wonder Fushi couldn’t talk with her and realizes that March is a talkative girl. Fushi is still confused that March is no longer alive, but he is still alive. He wonders why, since he has died many times, but he always came back to life. Fushi is not aware that he is an immortal being and March was just an ordinary human. The lady realizes that Fushi is the only one here. Fushi heads to the forest, and the lady follows him. She shouts at him not to leave an elder all by herself.

They both traveled days and nights, and the old lady has no clue about what Fushi is thinking. She wonders what goes through Fushi’s head when he took March’s form. The old lady asks her elf if the immortal being has feelings or thinks about something. Fushi continues to lead the way, and she keeps on following him. The old lady comments that she would like to get a look inside Fushi’s mind one day. Her stomach rumbles, and she realizes that she has not eaten anything in two days.

The old lady feels weak and asks Fushi to rest, asking for water. Fushi can’t even hear nor understand what the lady is talking about. She tried to eat Fushi’s thigh out of hunger, but he transforms into March’s form. He climbs the tree and gives her food. The old lady enjoys eating fruits, and her energy got restored. She taught Fushi how to write as they continue with their journey. Later Fushi battle with the monster in the forest and defeat the monsters by ripping off their cores. The monsters turn into stone statues after their hearts got ripped off.

To Your Eternity Episode 7 Release Date