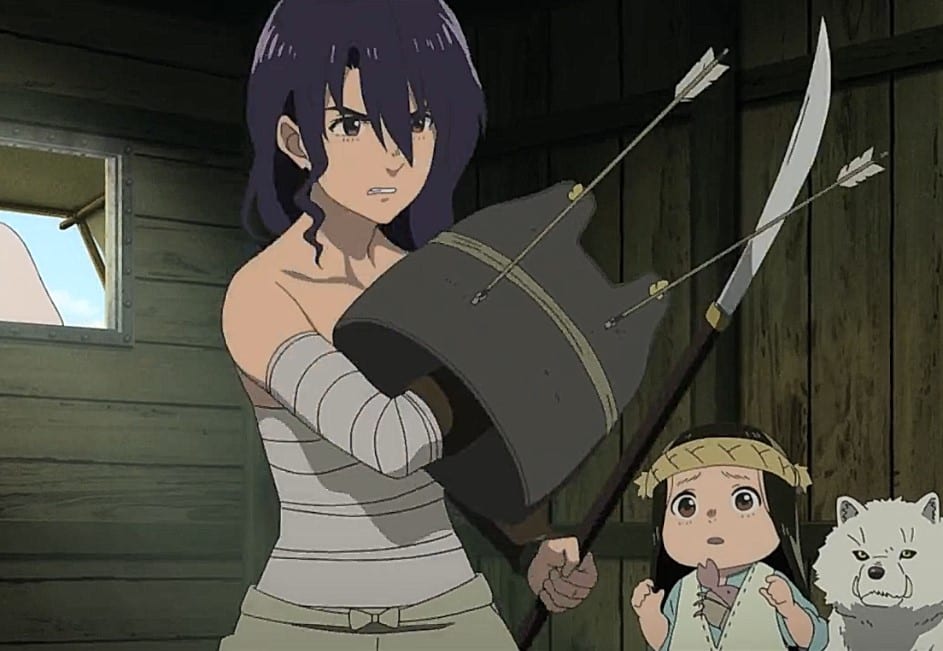 The boy named Fushi still learns to talk with humans. He is traveling with Parona, Hayase, and March. They are hiding March from the villagers since the sacrifice ritual has failed. They traveled from Ninannah to Yanome, both along the way, and after their arrival, Fushi continued to receive stimulation. Fushi, Parona, and March got arrested, but Fushi fights his way out and tried to save March and Parona. Parona fought with the bearded-haired men, who find that Parona is the girl who ran away from the village when she was young.

The fake Shaman told the truth about Yanome and that they kill young girls for their selfish desires. She defeated the beared-haired men and rescue March from the prison. Parona is wearing a disguised of those bearded-haired men. They also took the old lady who was acting as a fake Shaman. The lady agrees to guide them to Ninannah. March bids a farewell to the bear that almost killed her during the ritual. Parona reveals that they will use the sewer that will take them to the room with the wagon.

Previously on To Your Eternity Episode 6

Parona decided to stay behind finishing some business and told the three to move forward. When the trio is leaving, March notice that Parona is about to cut the head of the bear. She told him to stop and ask her why she has to cut the head of the bear. Parona reveals that she wants to show the people from the village and show them that the bear, which they consider goddess Oniguma is dead. Parona thinks that the villagers will believe that the ritual has to stop since the goddess is dead.

March tries to convince Parona not to cut the bear, and she finds it awful. Parona replies that the bear is dead and it will soon b burned to ashes. She realizes that March won’t leave, and she won’t be able to cut the bears’ head. Parona told March they can play a game, and if March wins, she will give her a fluffy puppy. March realizes that Parona is tricking her, and she wants to stay behind and cut the head of the bear. She refuses to play the game and throws away the fluffy puppy. Parona tried to convince March, but it is not working. 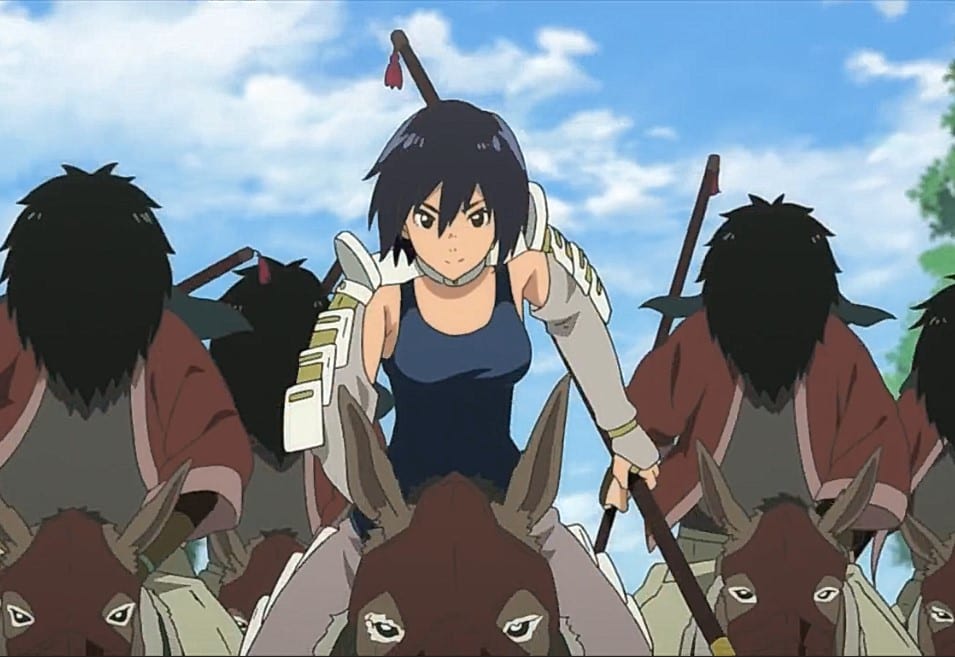 She reveals that if they prove that Oniguma is dead, girls from the village won’t be sacrificed or get killed. Parona reminds March of what they have gone through so far, and she can’t allow the girls to walk through the same path. March hesitate and said the bear is not Oniguma. Parona told her that they could think that the bear died to save a poor girl just like March. The bear’s death was a sacrifice for the villager to stop doing the rituals. March thinks that it is selfish to treat a bear that way, and it is not the bear’s fault.

The villagers choose the bear for evil deeds and make him Oniguma. Parona accepts and told March that she wouldn’t cut the head of a bear. They both leave together, and the old lady asks how they will convince the villagers. She thinks they won’t listen to them, and Parona said she would make it happen. Parona said she would make them believe, and they will stop with the rituals. March is excited that they are going home and she will meet her parents. She wonders if they will be happy when they find that she is alive.

On their way, Hayase arrives with the bearded-haired men. She told Proana and March to hand over Fushi, and they will be free. The two refuse and fight with the bearded-haired men. March got injured, and the bear attacks the village. The villagers believe that Oniguma is back to hunt them. March died during the battle, and they defeated the bear. Later Parona met with March’s parents and gave them a pare with a mark on March’s hand.

To Your Eternity Episode 6 Release Date