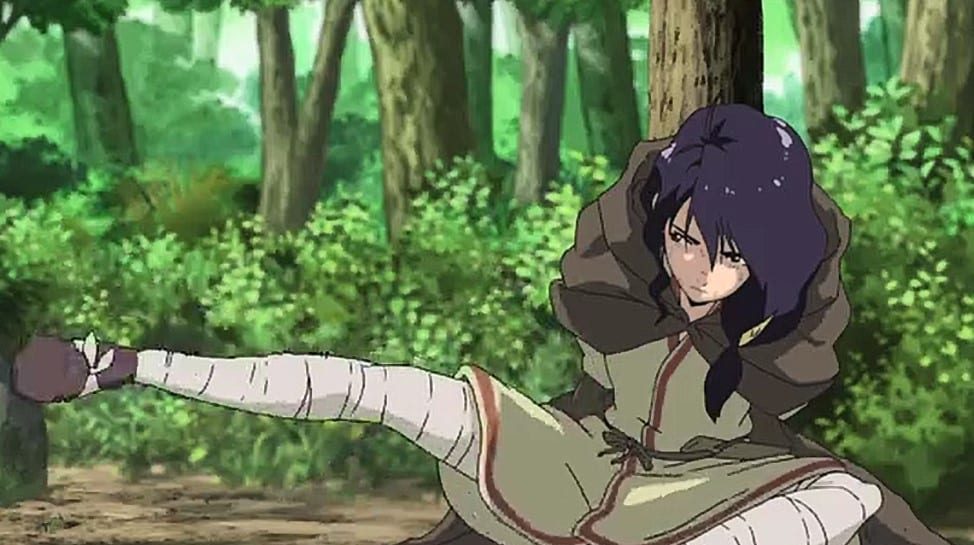 To Your Eternity is revealing about an Orb that got cast by a mysterious being on Earth. The Orb function is to gather information but ended up hosting the body of a boy who died more than six times. One day, the boy met with March, who was about to be a sacrifice for the ritual. Hayase told March that she is the chosen one, and she had to be sacrificed to Oniguma. But March escaped and hung out with the boy, and the boy knows only how to eat. He can’t talk, and March started to teach him everything.

In the evening, March had a nightmare, and she decided to return to the village, but the boy followed her. March wonders if she has become a mother. She started to teach the boy how to eat properly. But the boy throws the food on the ground and eats it. March realizes that the boy is not from around here. She wonders if he is legendary from the Doki people. March decided to come up with the boy’s name and realizes that it has to suit the boy’s character.

Previously on To Your Eternity Episode 3

March comments that he is immortal Fujimi, and she realizes that won’t work. She decides to call him Fushi-chan or Fushi. But she thinks that it is lame, and the boy accepted that he is Fushi. Hayase and the bearded group are still looking for Mach, who runs away. The bearded guys comment that they are getting bored and they are about to fall asleep. Parona has been captured and holds hostage; they think that she is the one who influences March to escape. Parona is tied with a tree, and she is trying to pull off some tricks.

The bearded guys are talking about  Hayase and the ones who followed March. Parona manages to kick her knife and grabs it with her mouth. She shakes her head, and the knife falls behind her. She uses her hands to grab the knife and silently cut the rope. Suddenly the bearded guys got attacked by a giant mountain bear. The bear slammed them with a single slap. The other bearded guy who tried to escaped got swallowed by the bear. Parona manages to free herself and rolls toward her bow. But her attacks didn’t work on the bear.

She ends up falling from the cliff, and the bear miss to grab her back. Meanwhile, Hayase and the other two bearded guys managed to find March. Fortunately, Parona fell inside the pond where Fushi got reincarnated earlier. She gets out of the pond, saying that she will save March. Meanwhile, March realizes that she has to accept what Hayase is saying since the lives of the villagers are at stake. She told Fushi that their journey ends here. 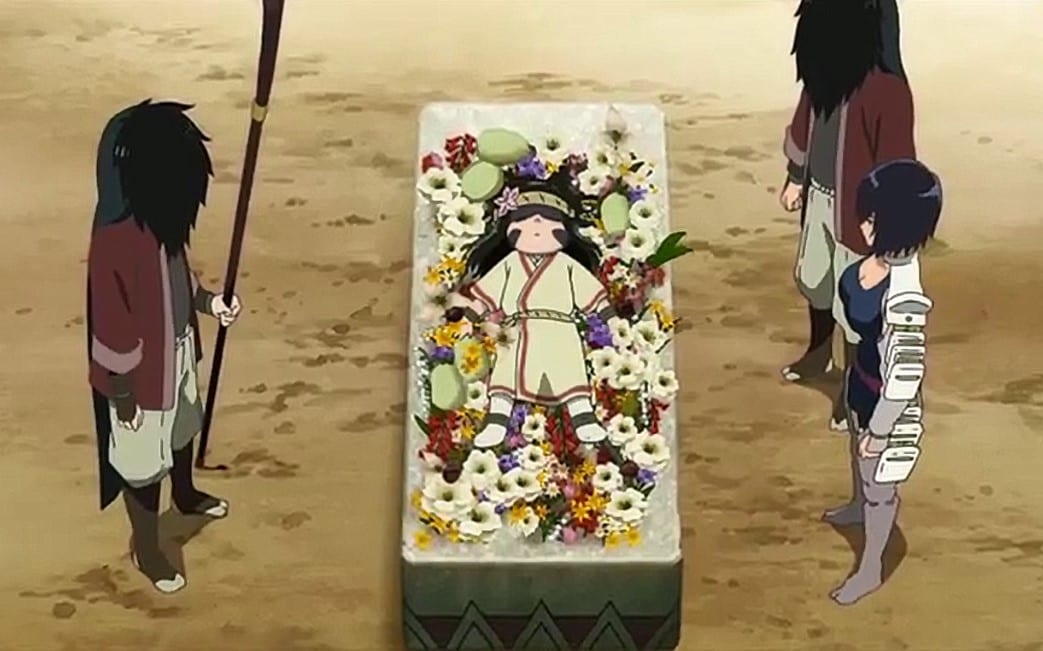 Hayase and The Bearded Guys

Fushi didn’t understand what is happening, and he looks at her leaving with Hayase. March realizes that she is going to be a sacrifice to Oniguni no matter what. Parona is on her way to stop March from being executed. On the way, March shed tears that she has to die at a young age, and she has just made a friend with Fushi. Fushi knows that March was like a mother to him. Later Parona met with Fushi and asked him about March. Fushi didn’t respond, and she saw that he was with March a moment ago.

Parano saw Fushi is heading somewhere, and she realizes that Fushi is following March. She saw the flags in the mountains and wonders if Hayase and the bearded guy took March away. On their way to sacrifice March, Hayase gave March something to eat. March ate that and commented that it tastes weird. Hayase reveals that is given to the girls who are to be offered. She realizes something and asks her about the man she was with earlier.

March told them that he is a traveler. The bearded guy comments that they saw him yesterday; he is the monster. Later the ritual begins, and Parona arrives with Fushi, who fought with Oniguni. Onuiguni cuts his head, and Fushi was still alive. Fushi transforms into a snow wolf and kills Oniguni. Hayase freed March and told Parona that they would report that the ritual was successful and March died.

To Your Eternity Episode 4 Release Date