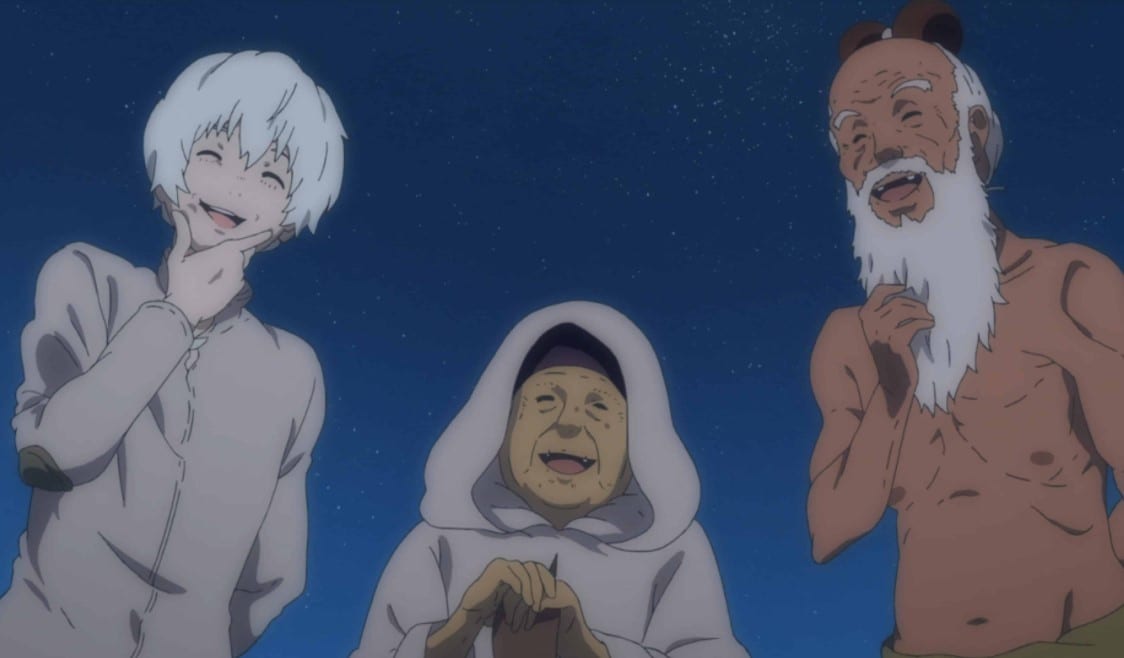 A boy who arrived on earth as an orb and maintained a boy of continues with his journey. Fushi has lost everyone he loves in his life, and Pioran decided to travel with him after meeting with the makers. Let’s find more about Fushi’s new journey in the recent episode of To Your Eternity. Fushi went away from home; he grew up with Gugu, who was his monster brother. He and the old Pioran set off together to a strange island, but they got separated. Fushi met with another human during his imprisonment, and they escaped together.

The girl told Fushi about winning the tournament, and he will get his freedom. The two saw a large group of fighters, and the girl told Fushi that this is the most significant event on this island. The girl also said that everyone is eager who will win, and if Fushi wins, he will win all the rights on the island. The winner also becomes the king and takes the captured princess. Fushi accepted the offer and decided to join the completion since he wants to save Pioran. Fushi wonders what he will do after winning.

The episode title is ”Jananda Island of Freedom.” Fushi tried to ask one of the guys about the arena, and the guy showed him a weird face. The announcer reveals that three days have passed after the death of the king of this island, and they are begging the five thousand completion for the island king. The contestants will divide into eight groups for the preliminaries, and eight men standing will fight in one-on-one tournaments. The crowd told the guy that they are tired of hearing him saying the same thing.

Previously on To Your Eternity Episode 14

The announcers told the participants that the men could use any weapon they like. The last man standing is the winner. Fushi realizes that he has to live and be victorious. The announcer got pierced with an arrow and died instantly. The entrance gate opens for group one fighter to enter the arena. Fushi got pushed and fall on the ground as they rush inside the stadium. The guy who killed the announcer said the fight could begin, but he got beheaded.

The guys inside the arena begin to kill each other while Fushi tries to get up. Fushi looks inside and realizes that it is about killing or getting killed. One of the guys received a huge Axe blow that pins him to the ground and dies. Fushi gets inside the arena, and the crowd wonders what that kid wants her since he won’t last for a minute. The girl cheers for Fushi, and the guy who killed everyone look behind and saw Fushi. The guy took the head of a struggling man and as Fushi if he is lost. He throws a weapon at Fushi’s head, and it pierces the head.

Fushi tried to remove that weapon and realizes that people will find out that he is immortal. In the past, Booze Man told Fushi not to expose his immortality. If people find out about Fushi, the war will start around the world. Fushi wonders if he should fall over and pretends to be dead. Fushi realizes that he won’t win and save Pioran if he loses. The guy picks up the spear and heads toward Fushi. Fushi learns that there is no time to worry; he has to do something about this guy.

That guy wields a spear and a sword aiming for a double kill. He is angry that Fushi survived the killer blow since it is his signature move. Fushi got stabbed through his heart, and the guy took all the weapons using them to pierced Fushi’s body. The fans wonder why that guy is doing such violence to the young boy since only one sword can kill him. Fushi realizes that his hesitation failed him to save Rean and Gugu. The guy got furious, noticing that Fushi is still on his feet.

He feels embarrassed that he can’t kill a young boy with a single weapon. That guy gives up and falls unconscious, but the fans mock him that he died without getting touched. The girl that knows Fushi is glad that Fushi will head to the next rounds. The fans think that he is just injured, and after the battle, the girl confronts Fushi and says she is Tonari. The next day they find that he is immortal, and he fights with another immortal bearded man. The citizens liked the battle, and he defeated the guy using Parona’s body.

To Your Eternity Episode 15 Release Date